Compare hundreds of millions of Asians’ serene response to the coronavirus crisis with the West’s fear, panic and hysteria, writes Pepe Escobar.

As the Raging Twenties unleash a radical reconfiguration of the planet, coronavirus (literally “crowned poison”) has for all practical purposes served a poisoned chalice of fear and panic to myriad, mostly Western, latitudes.

Berlin-based, South Korean-born philosopher Byung-Chul Han has forcefully argued the victors are the “Asian states like Japan, Korea, China, Hong Kong, Taiwan or Singapore that have an authoritarian mentality which comes from their cultural tradition [of] Confucianism.”

Han added: “People are less rebellious and more obedient than in Europe. They trust the state more. Daily life is much more organized. Above all, to confront the virus Asians are strongly committed to digital surveillance. The epidemics in Asia are fought not only by virologists and epidemiologists, but also by computer scientists and big data specialists.”

That’s a reductionist view and plenty of nuances should apply. Take South Korea, which is not “authoritarian.” It’s as democratic as top Western liberal powers. What we had in a nutshell was the civic-mindedness of the overwhelming majority of the population reacting to sound, competent government policies.

Seoul went for fast mobilization of scientific expertise; immediate massive testing; extensive contact tracing; and social distancing, as well. But, crucially, most of it voluntary, not imposed by the central power. Because these moves were organically integrated, South Korea did not need to restrict movement drastically or to close down airports. 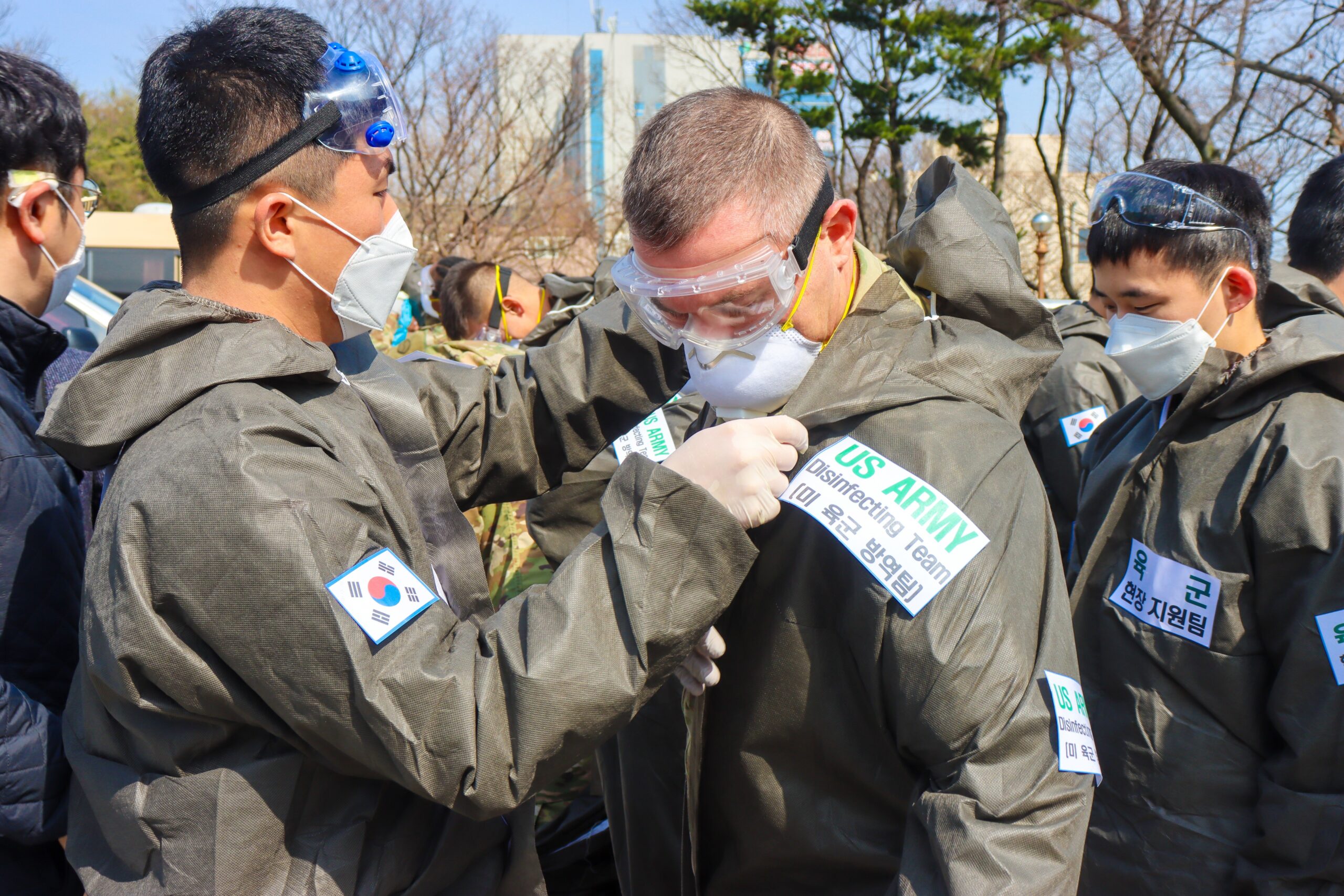 Hong Kong’s success is due in large part to a superb health care system. People in the frontline, with institutional memory of recent epidemics such as SARS, were willing to go on strike if serious measures were not adopted. Success was also due in large part to myriad professional links between Hong Kong’s and Taiwan’s healthcare and public health systems.

Barbarism with a Human Face

Then there’s Big Data. Han argues that in neither China nor other East Asian nations is there enough critical analysis in relation to digital vigilance and Big Data. But that also has to do with culture, because East Asia is about collectivism, and individualism is not on the forefront.

Well, that’s way more nuanced. Across the region, digital progress is pragmatically evaluated in terms of effectiveness. Wuhan deployed Big Data via thousands of investigative teams, searching for possibly infected individuals, choosing who had to be under observation and who had to be quarantined. Borrowing from Foucault, we can call it digital biopolitics.

Where Han is correct is when he says that the pandemic may redefine the concept of sovereignty: “The sovereign is the one who resorts to data. When Europe proclaims a state of alarm or closes borders, it’s still chained to old models of sovereignty.”

The response across the EU, including especially the European Commission in Brussels, has been appalling. Glaring evidence of powerlessness and lack of any serious preparations have appeared even though the EU had a head start.

The first instinct was to close borders; hoard whatever puny equipment was available; and, then, social Darwinist-style, it was every nation for itself, with battered Italy left totally to itself.

The severity of the crisis especially in Italy and Spain, with elders left to die to the “benefit” of the young, was due to a very specific EU political economy choice: the austerity diktat imposed across the eurozone. It’s as if, in a macabre way, Italy and Spain are paying literally in blood to remain part of a currency, the euro, which they should never have adopted in the first place.

As for France, read here for a relatively decent summary of the disaster in the EU’s second-largest economy.

Going forward, Slavoj Zizek gloomily predicts for the West “a new barbarism with a human face, ruthless survivalist measures enforced with regret and even sympathy, but legitimized by expert opinions.”

In contrast, Han predicts China will now be able to sell its digital police state as a model of success against the pandemic. “China will display the superiority of its system even more proudly.”

Alexander Dugin ventures way beyond anyone else. He’s already conceptualizing the notion of a state in mutation (like the virus) turning into a “military-medical dictatorship,” just as we’re witnessing the collapse of the global liberal world in real time.

I offer, as a working hypothesis, that the Asia triad of Confucius, Buddha and Lao Tzu has been absolutely essential in shaping the perception and serene response of hundreds of millions of people across various Asian nations to Covid-19. Compare this with the prevalent fear, panic and hysteria mostly fed by the corporate media across the West.

The Tao (“the way”) as configured by Lao Tzu is about how to live in harmony with the world. Being confined necessarily leads to delving into yin instead of yang, slowing down and embarking on a great deal of reflection.

Yes, it’s all about culture, but culture rooted in ancient philosophy, and practiced in everyday life. That’s how we can see wu wei – “action of non-action” – applied to how to deal with a quarantine. “Action of non-action” means action without intent. Rather than fighting against the vicissitudes of life, as in confronting a pandemic, we should allow things to take their natural course.

It also helps to know that “life is a series of natural and spontaneous choices. Don’t resist them – that only creates sorrow. Let reality be reality. Let things flow naturally forward in whatever way they like.”

Buddhism runs in parallel to the Tao: “All conditioned things are impermanent. When one sees this with wisdom, one turns away from suffering.”

As far as keeping much-needed perspective, nothing beats, “the root of suffering is attachment.”

And then, there’s the ultimate perspective: “Some do not understand that we must die. But those who do realize this settle their quarrels.”

Confucius has been an overarching presence across the Covid-19 frontline, as an astonishing 700 million Chinese citizens were kept for  weeks under different forms of quarantine.

We can easily imagine them clinging to a few pearls of wisdom, such as: “Death and life have their determined appointments; riches and honors depend upon heaven.” Or “he who learns, but does not think, is lost. He who thinks, but does not learn, is in great danger.”

Most of all, in an hour of extreme turbulence, it brings comfort to know that, “the strength of a nation derives from the integrity of the home.”

And in terms of fighting a dangerous and invisible enemy on the ground, it helps to know this rule of thumb: “When it is obvious that the goals cannot be reached, don’t adjust the goals, adjust the action steps.”

So what would be the ultimate insight a serene East can offer to the West in such hard times? It’s so simple, and it’s all in the Tao: “From caring comes courage.”

← COVID-19: Neither Trump nor Cuomo: Healthcare Workers on How to Fight the Pandemic
COVID-19: What Trump’s Funding Cuts to WHO Mean for World →

15 comments for “COVID-19: Confucius is Winning the Coronavirus War”