UN SG Antonio Guterres said the coronavirus pandemic is the “greatest test that we have faced together since the formation of the United Nations,” as he called on rich nations to help prevent a devastating outbreak in the global South.

The world is facing the greatest crisis with the Covid-19 pandemic since 1945, when the United Nations was founded, said UN Secretary General Antonio Guterres on Tuesday.

He said developed nations must help developing countries or the world could “face the nightmare of the disease spreading like wildfire in the global South with millions of deaths and the prospect of the disease re-emerging where it was previously suppressed.” 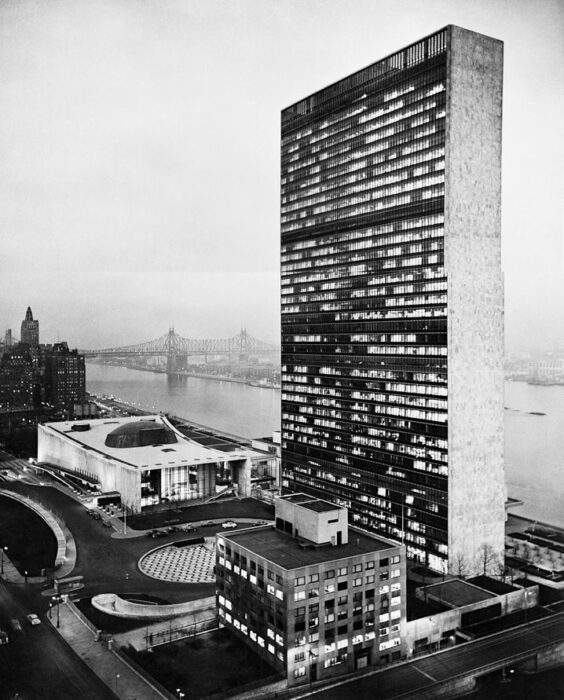 “Let us remember that we are only as strong as the weakest health system in our interconnected world,” he said.

Guterres was speaking from UN headquarters in New York at the launch of a new UN report on the pandemic.  The report includes projections from the UN International Labour Organization (ILO), that says 25 million jobs will be lost worldwide, representing a loss of  $860 billion to $3.4 trillion in income for workers.

The UN Conference on Trade and Development (UNCTAD) projected a 30 to 40 percent reduction in global foreign direct investment and the World Tourism Organization (UNWTO) sees a 20–30 percent fall in international airline arrivals.

“This is a disease that threatens everybody in the world, and it has an economic impact that will bring a recession that probably has no parallel in the recent past,” Guterres said. “Enhanced instability, enhanced unrest, enhanced conflict makes us believe indeed that this is the most challenging crisis we have faced since the Second World War.”

It requires, he said, that nations “forget political games, and understand that it is humankind that is at stake.”

Guterres chastised governments for its lack of coordination to combat Covid-19. “We still do not have a coordinated action of all countries to suppress the virus under the guidance of the World Health Organization,” he said.

“Guidelines from the World Health Organization were not respected in many countries of the world and there was a tendency for each one to go its own way. We absolutely need an articulated action in which all countries join the same efforts in order to commonly suppress the transmission.

If it is true that we have already witnessed the mobilization of 5 trillion U.S. dollars, it is far from what is needed, especially because most of what was mobilized was by the developed world to support their own economies.

We are far from having a global package to help the developing world to create the conditions both to suppress the disease and to address the dramatic consequences in their populations. … Massive help is still required to the developing world. We are not yet there but I hope we will be moving in that direction. …

If the developing world does not have the resources … then we have the risk, and Africa is for me the main concern, we will have the risk of the virus spreading like wildfire in the global South with the tragic consequences … millions of people will die. But [also] the possibility of it coming back, and all the efforts of the global North are again put into question.  This is a moment for solidarity, not only because of generosity, but because of the enlightened self-interest of everybody.”

Guterres said he had been in touch with many global leaders and said there was a “growing conscious that we are in this together and we need to come out of this together.” But he said the problem was how to create “the practical ways to do so.”

The secretary-general called the pandemic “a defining moment for modern society,” in which “history will judge the efficacy of the response not by the actions of any single set of government actors taken in isolation, but by the degree to which the response is coordinated globally across all sectors for the benefit of our human family.”

Guterres said the world must not go back to the status-quo ante after the crisis is over. “With the right actions, the COVID-19 pandemic can mark the beginning of a new type of global and societal cooperation,” he said. “When we get past this crisis, which we will, we will face a choice: we can go back to the world as it was before or deal decisively with those issues that make us all unnecessarily vulnerable to crises.”

Among the issues that must change, Guterres said, is “designing fiscal and monetary policies able to support direct provision of resources to workers and households, provision of health and unemployment insurance, scaled up social protection and support to businesses to prevent bankruptcies and massive job losses. What is needed is a massive, multilateral response amounting to at least 10 percent of global GDP.”

Resources must be “massively increased” to the developing world, he said.  International Monetary Fund and other financial institutions must “rapidly inject resources into the countries that need them.”

“Debt alleviation must be a priority,” including waivers of interest payment for the entire year for developing countries.

“What the world needs now is solidarity,” he said. “With solidarity we can defeat the virus and build a better world.”

Joe Lauria is editor-in-chief of Consortium News and a former United Nations correspondent for The Wall Street Journal, Boston Globe, and numerous other newspapers, as well as an investigative reporter for Sunday Times of London.  He can be reached at joelauria@consortiumnews.com and followed on Twitter @unjoe .

← THE ANGRY ARAB: An Apologetic Account of MbS
ASSANGE EXTRADITION: Doctors Warning on Assange in a Covid-19 Breeding Ground →