Money moguls and their servants are willing to add workers to the growing list of victims of a killer virus for the sake of their stock portfolios, writes Greg Godels.

“Whoever eats up, robs, and steals the nourishment of another, that man commits as great a murder… as he who starves a man or utterly undoes him. Such does a usurer, and sits the while safe on his stool, when he ought rather to be hanging on the gallows, and be eaten by as many ravens as he has stolen guilders, if only there were so much flesh on him, that so many ravens could stick their beaks in and share it. Meanwhile, we hang the small thieves…. Little thieves are put in the stocks, great thieves go flaunting in gold and silk…. Therefore is there, on this earth, no greater enemy of man (after the devil) than a gripe-money, and usurer, for he wants to be God over all men…. a usurer and money-glutton, such a one would have the whole world perish of hunger and thirst, misery and want, so far as in him lies, so that he may have all to himself, and every one may receive from him as from a God, and be his serf for ever… Usury is a great huge monster, like a werewolf, who lays waste all… And since we break on the wheel, and behead highwaymen, murderers and housebreakers, how much more ought we to break on the wheel and kill…. hunt down, curse and behead all usurers.” (Martin Luther, excerpted from a footnote in Marx’s “Capital,” volume I.) 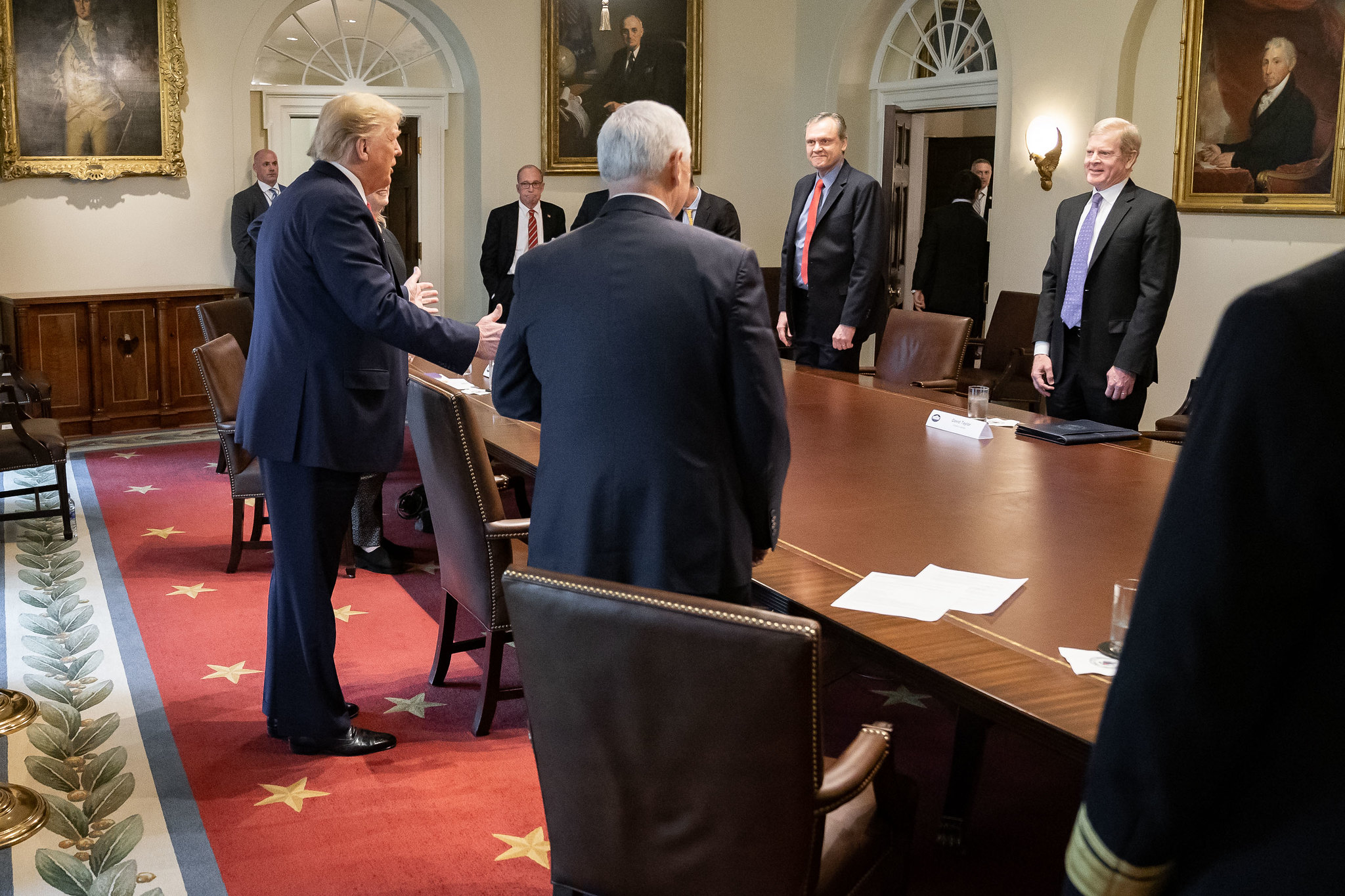 According to Bloomberg News, the billionaire hedge-fund and private equity-fund managers who met with President Donald Trump on March 24, “are getting impatient with the national economic shutdown caused by coronavirus…”. They urged that workers be released to return to their jobs from the government lockdown. The “concerned” billionaires, along with the president, do not want “the cure to be worse than the problem.”

Another super-rich “humanitarian,” David Neeleman, a JetBlue and WestJet founder and currently an international airline mogul, voiced similar concerns to Bloomberg News, appealing to the plight of the neglected working man and woman:

“‘There’s too much confusion — nobody has jobs, people are losing their houses, kids are home from school,” he said by phone. ‘What we’re doing today, we have the worst of all worlds.’” No doubt U.S. workers, threatened by a deadly virus, believe that Neeleman is only speaking for their interests.

Bill Hurley, a general partner in Benchmark Capital, a big-time investor in cutting edge startups with upwards of $3 billion in investments, also advocates for the common man, urging a restart to business. He foresees bankruptcies and suicides. He reminds us that “risk is relative.” It sure is, when you are willing to risk the lives of workers to get investments up and running.

William Ackman, another billionaire hedge-fund manager, posturing as a voice of compromise, says that we should impose a strict shutdown for two weeks more than the president suggests, but then send everyone back to work.

“Do we risk sort of dragging this out and really crushing capitalism if we can’t fix it now and then move on and have it behind us? Yes. So the president is right… I call it the rip-the-Band-Aid-off strategy.”

Some have noted that Ackman had earlier made millions on bets against the economy after he had alerted CNBC and its audience that “hell is coming” with the virus. Nothing like leaping on opportunities!

Then there is the former CEO of Goldman Sachs, Lloyd Blankfein, who earned his spurs profitably selling financial garbage to his clients, a strategy that navigated his company through the crisis shoals of 2007-2008. Blankfein’s deep sense of justice raises the alarm that “crushing the economy, jobs and morale is also a health issue-and beyond.”

Instead, he offers this nugget of sagacity:

“Within a very few weeks let those with a lower risk to the disease return to work.”

Extreme measures to flatten the virus “curve” is sensible-for a time-to stretch out the strain on health infrastructure. But crushing the economy, jobs and morale is also a health issue-and beyond. Within a very few weeks let those with a lower risk to the disease return to work.

Lower risk? Mr. Blankfein, who is to decide? Not risk-free? Should workers leave their hospital beds to keep the wheels of industry spinning?

The White House economic adviser, Larry Kudlow, like his boss, a former TV personality, but with deep ties to Wall Street, offers an assurance:

“We’re not abandoning the health professionals’ advice but there is a clamor to try to re-open the economy, perhaps make it less of a shut-in.”

Yes, a “clamor,” a clamor from the capitalists to ignore the health professionals and restore the accumulation process immediately.

Among the White House leadership pushing hardest for sending workers back into the teeth of the coronavirus gale are Domestic Policy Council Director Joe Grogan and Treasury Secretary Steven Mnuchin. Grogan is a former lobbyist for a big pharma corporation and the point man for dismantling the already-inadequate national health care plan known as ObamaCare; just the person you would look to in order to protect working people from a viral plague.

And Mnunchin, a second-generation Goldman Sachs executive and hedge funder, has never demonstrated compassion for those working for a living. Not surprisingly, he is leading the charge against health professionals in the government who have relevant knowledge beyond shoveling wealth to Wall Street. 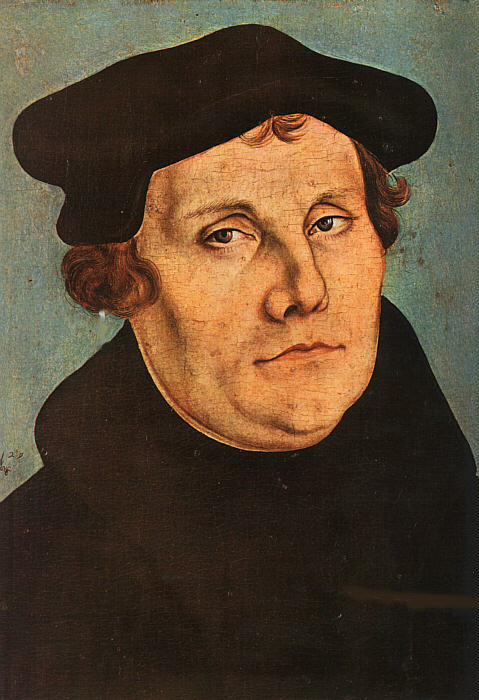 Apparently nothing is learned from the death of three autoworkers from COVID-19 while they continued to make profits for Fiat Chrysler Automobiles well after the life-or-death threat became apparent. They are among the first U.S. martyrs to capitalist greed in this unprecedented crisis (Ford has announced plans to open now-closed plants on April 14 despite the geometrically expanding contagion).

The $2.1 trillion “Emergency Aid Bill” concocted by the U.S. Congress bears the stamp of the majority millionaires and multi-millionaires constituting the elected U.S. government and other top executive and judicial functionaries. With less than a third of the aid earmarked for unemployment insurance, direct payments to households, hospitals, veterans’ care, and public transit and the rest for government and corporations, it is crystal clear where their priorities lie.

“…the Federal Reserve US central bank has quickly allocated no less than $6.2 Trillion so far to bail out the banks and investors, even before they fail this time. And promises to do more if needed and for as long as necessary. It is writing a blank check for the bankers and investors.”

Meanwhile Congress provides one-fourth that, and only one third of that one fourth, for the Main Street workers and middle-class families.

The unending hunger for accumulation driving capitalism reveals its ugly face most readily in a deep crisis. Whether it’s the mindless carnage of an imperialist war like World War I or the invisible threat to life of a new virus like today, the inhumane, anti-social, selfish soul of capitalism surfaces for all to see. Like the brutal, rigid generals of World War I who relentlessly sent their soldiers into the killing fields for the sake of their vanity, today’s money moguls and their servants are willing to add workers onto the growing list of victims of a killer virus for the sake of their stock portfolios.

Where Martin Luther wrote — cited above — of “a usurer and money-glutton, such a one would have the whole world perish of hunger and thirst, misery and want, so far as in him lies, so that he may have all to himself,” he surely could not conceive of the unbounded greed of our bankers and corporate leaders. They go well beyond flaunting “gold and silk” by capturing an obscene share of society’s wealth. If Luther, writing in the 16th century, thought that we should “hunt down, curse and behead all usurers,” what would he have in store for today’s bankers and hedge-fund managers?

Greg Godels is a Pittsburgh-based writer who writes commentaries on current events, political economy and the Communist movement from a Marxist-Leninist perspective. Many of his longer articles are published by MLToday.com.

This article is from ZZ’s blog.

← COVID-19: World Suffering Less from Coronavirus Crisis & More from an America Crisis
THE ANGRY ARAB: An Apologetic Account of MbS →