The corporate cronyism of America’s political system has been highlighted with a massive kleptocratic bailout, writes Caitlin Johnstone in this summary of  U.S. haywire responses to the crisis. 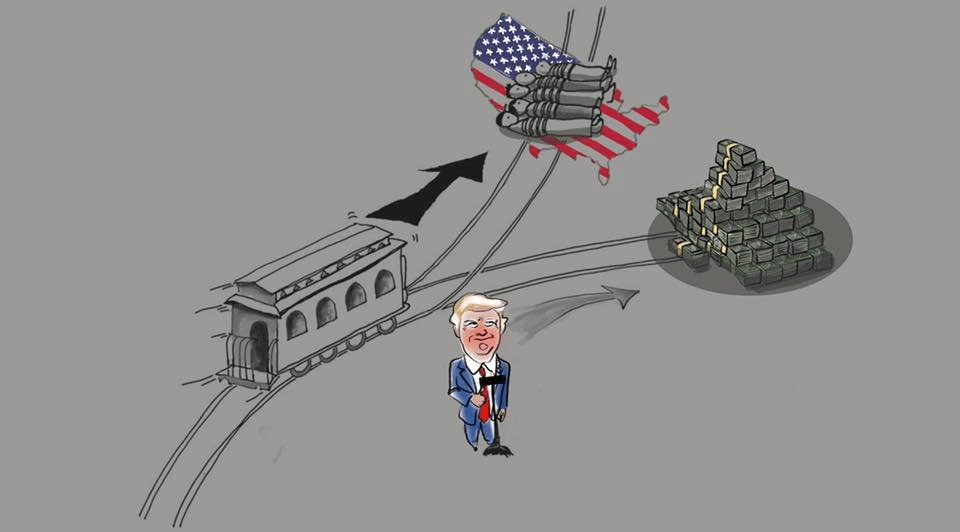 The corporate cronyism of America’s political system has been highlighted with a massive kleptocratic multitrillion-dollar corporate bailout of which actual Americans are only receiving a tiny fraction. Instead of putting that money toward paying people a living wage to stay home during a global pandemic, the overwhelming majority of the money is going to corporations while actual human beings receive a paltry $1,200 (which they won’t even be getting until May at the earliest) at a time of record-smashing unemployment.

America’s capitalism worship has been highlighted by  The Wall Street Journal headline “Dow Soars More Than 11% In Biggest One-Day Jump Since 1933” running at the exact same time as “Record Rise in Unemployment Claims Halts Historic Run of Job Growth — More than 3 million workers file for jobless benefits as coronavirus hits the economy.” Stocks are booming, Amazon is surging, and mountains of wealth are being transferred to sprawling megacorporations, while actual human beings are terrified of what the future holds.

America’s joke of a healthcare system is being highlighted as uninsured COVID-19 patients are racking up $35,000 medical bills and even insured COVID-19 patients are looking at out-of-pocket expenses in excess of $1,300. Combine this with the millions of Americans getting thrown off of employer-provided health insurance and you’re looking at a huge number of people who will avoid getting tested and avoid treatment as much as possible. Both heads of America’s two-headed one-party system have spent decades forcefully creating this dynamic.

America’s income and wealth inequality is being highlighted in a nation suffering from all of the above problems while most Americans were already unable to afford a mere $1,000 emergency expense. A one-time $1,200 payment to a population already stretched that thin guarantees that millions will be plunged into crushing debt and destitution in a nation with a historically unprecedented billionaire class raking in even more unearned wealth.

The insanity of America’s war machine has been highlighted as awareness grows during a global health emergency that government military spending negatively impacts government healthcare spending and the U.S. has the most bloated military budget on the planet. Now as journalist Max Blumenthal explains this war machine’s escalating hostility toward China is causing Americans to needlessly die of the virus. 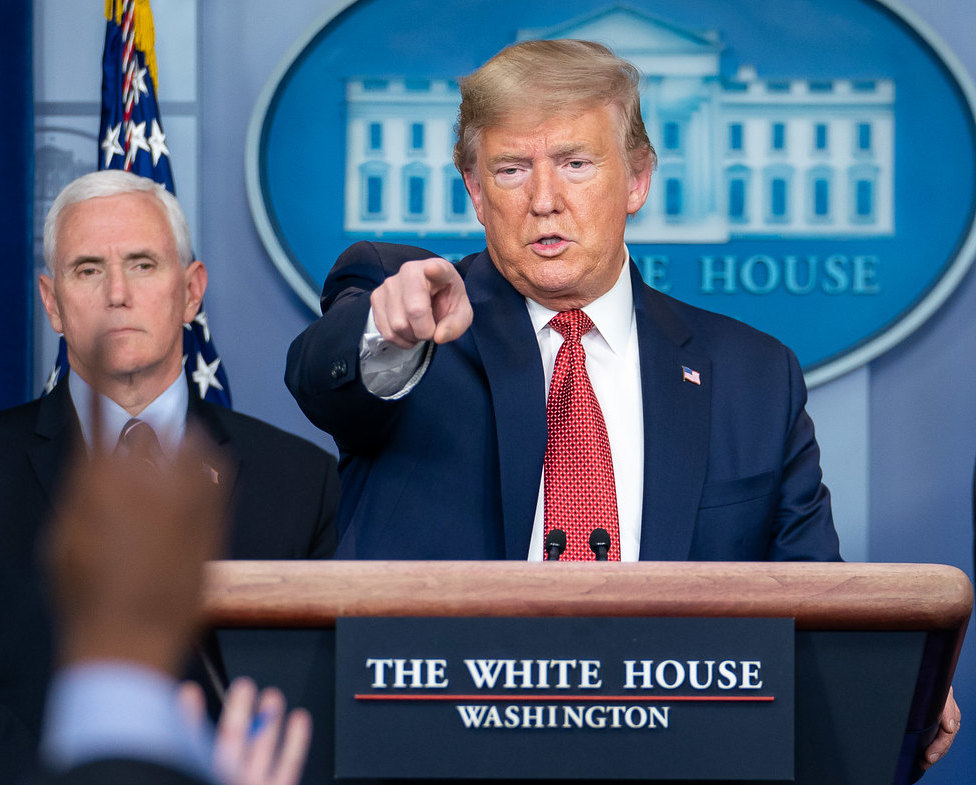 America’s fake political system has been highlighted as the Democratic Party’s presumptive nominee completely vanished for a week and then returned to deliver an embarrassing string of befuddled interviews upon his return, reminding the nation once again that the Democrats are running an actual, literal dementia patient for the most powerful elected office in the world. Biden will of course be running against an incoherent reality TV star who only last week decided that the virus is indeed a real problem which needs to be seriously addressed, and who now already wants to begin rolling back the inadequate measures his administration implemented far too late. The debates between two men who don’t understand what they’re doing and can’t string a sentence together between them will soon be broadcast around the world for all of civilization to behold.

America’s lying mass media are being highlighted with propagandistic lines that would make Kim Jong Un blush, like The New York Times describing the American medical system as “unsurpassed.”  We can safely expect U.S. media to get even more demented as they expand their hysteria-inducing new cold war propaganda campaign against Russia to China as well.

America’s murderous sanctions machine has been highlighted as the U.S. continues ramping up its economic warfare against Iranian civilians, with thousands already dead and potentially millions to follow due to Tehran’s inability to access necessary equipment, medicine and resources during the pandemic. The Trump administration has not eased the sanctions during the outbreak, and has in fact added to them, because killing Iranian civilians has always been the goal. Secretary of State Mike Pompeo has gone on record to say that the objective is to make Iranian civilians so miserable and desperate that they overthrow their own government.

So basically everything crazy about America is being amplified to absurd caricatures of its own insanity and highlighted for everyone to see. There’s a lot of ugliness coming out into the light as a result of this virus, which may end up being one of its few perks for everyone. As they say of both viruses and governments, sunlight is the best disinfectant.

← LEE CAMP: An Idea We Take For Granted Has Made The Outbreak Much Worse
COVID-19: Contending with a Dual Pathology in Britain →

48 comments for “COVID-19: The Craziest Things About America Highlighted by this Virus”