Tony Kevin finds it remarkable that the U.S. and its partners are frozen in diplomatic quarantine while the pandemic afflicts countries around the globe. 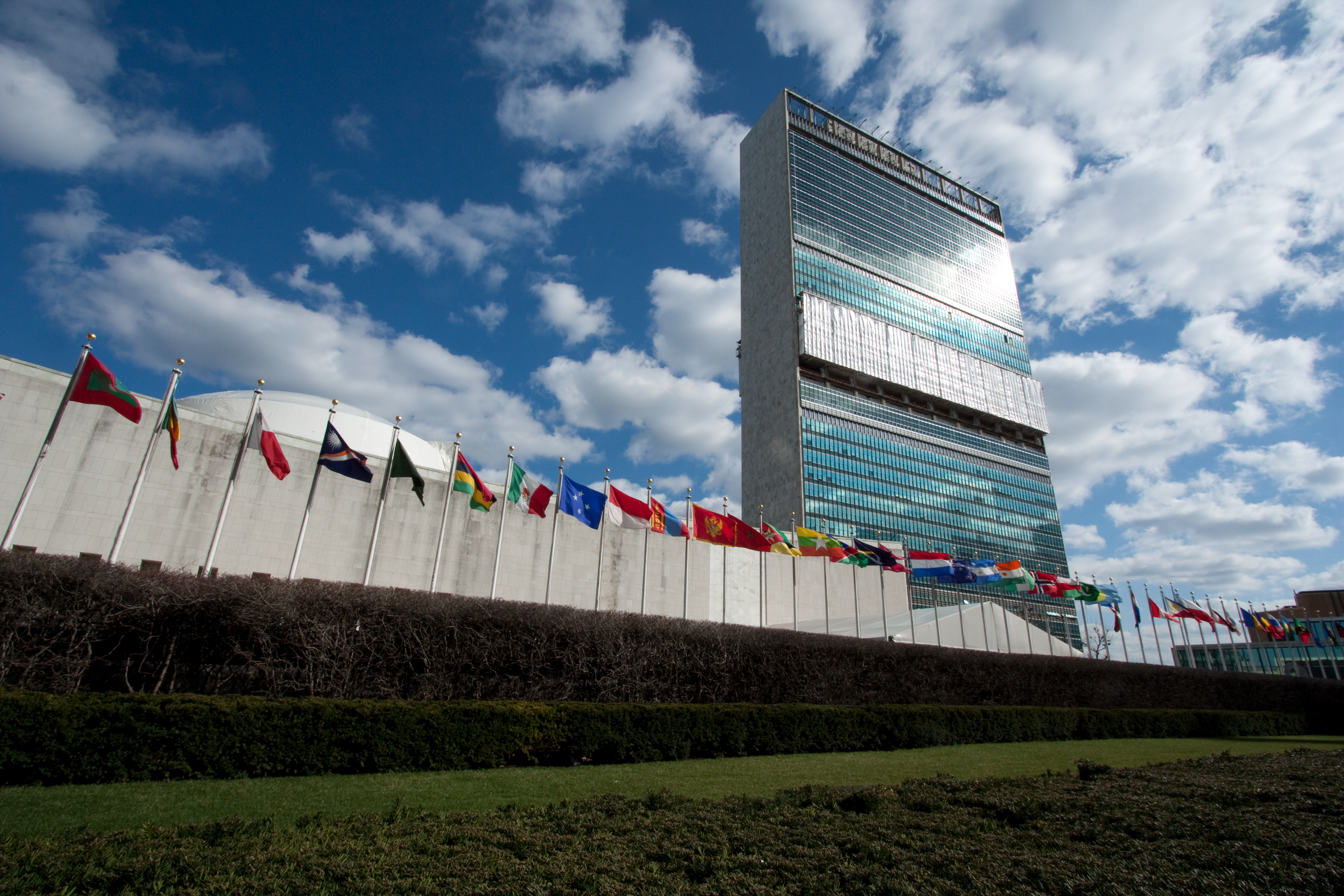 By Tony Kevin
in Canberra, Australia

It is true that the COVID-19 pandemic is not a threat to international security as defined by the UN Security Council. People are dying quietly in hospitals or at home. These miseries and deaths do not threaten national borders. There can be no running away as refugees from COVID-19.

Yet there would be benefits in terms both of morale and policy in world leaders constructively meeting together soon – virtually of course, not physically – to try to agree on some common principles of national conduct in opposing the virus. I am thinking of three suggested principles for discussion in particular:

No. 1. Nations that have resources to do so should commit to helping other nations where the need is greatest, and to the best of their ability, to fight the virus .

No. 2. Nations should agree to put an at-least-temporary, and with hope permanent, end to economic sanctions as a weapon to apply pressure short of war on other nations.

No. 3. Nations should decisively reject the misplaced and morally evil notion of building “herd immunity” as a guide to public health policy against the pandemic.

Let’s discuss these in turn. First, on countries helping one another, we already see altruistic acts of generosity from China (towards Iran, Italy and others), from Russia (towards Italy), and from Cuba and South Korea. I am not aware so far of any international offers of help to stricken countries from any Western government. At least so far, we seem in a world pretty much of sauve qui peut– save himself who can. Does this accord with the principles of international solidarity that all nations signed up for under the UN Charter? I think not.

Secondly, on economic sanctions, the picture is if anything worsening as the virus spreads.  Last week U.S. Secretary of State Mike Pompeo continued to threaten tighter sanctions against Venezuela and Iran, even as these countries reported intensifying citizens’ suffering from Western sanctions’ interference with vital COVID-19 medical supplies and appliances to their state-owned health sectors. The U.S. government and Congress entertained White Helmets leaders in Washington, in a bid to energize the failing anti-Syrian government armed opposition in Idlib, Syria. Dominic Raab, the U.K. foreign minister, fulminated abusively and untruthfully against Russian policy in Crimea and East Ukraine.

There is a mindless, Terminator–like quality about the way such Cold War Redux anti-China and anti-Russia narratives continue to be mechanically pumped out, even as the world begins belatedly to recognize its common enemy in the COVID-19 pandemic.

Economic sanctions not approved by the UN Security Council against an aggressor nation are in themselves a criminal act — a crime against humanity, when people suffer and die as a result of them.   The U.S. tries to stop essential medicines and supplies reaching Venezuela and Iran, simply as unilateral U.S. policy, which it seeks to force on its weaker allies through threat of secondary sanctions.  Russia and China protest but to no avail: U.S. President Donald Trump and Congress appear oblivious to their own criminality. Certainly Trump and Pompeo appear indifferent, and their allied national leaders remain prudently quiet.

In the cruelest of Medieval wars, armies besieging an enemy city sometimes would catapult decaying corpses of plague victims over the walls, hoping to infect those inside.    What the U.S. government is now doing to stricken Iran and Venezuela is the modern-day equivalent to this. It is simply wrong, as Pakistan’s President Imran Khan recently protested. Who will dare to join him? 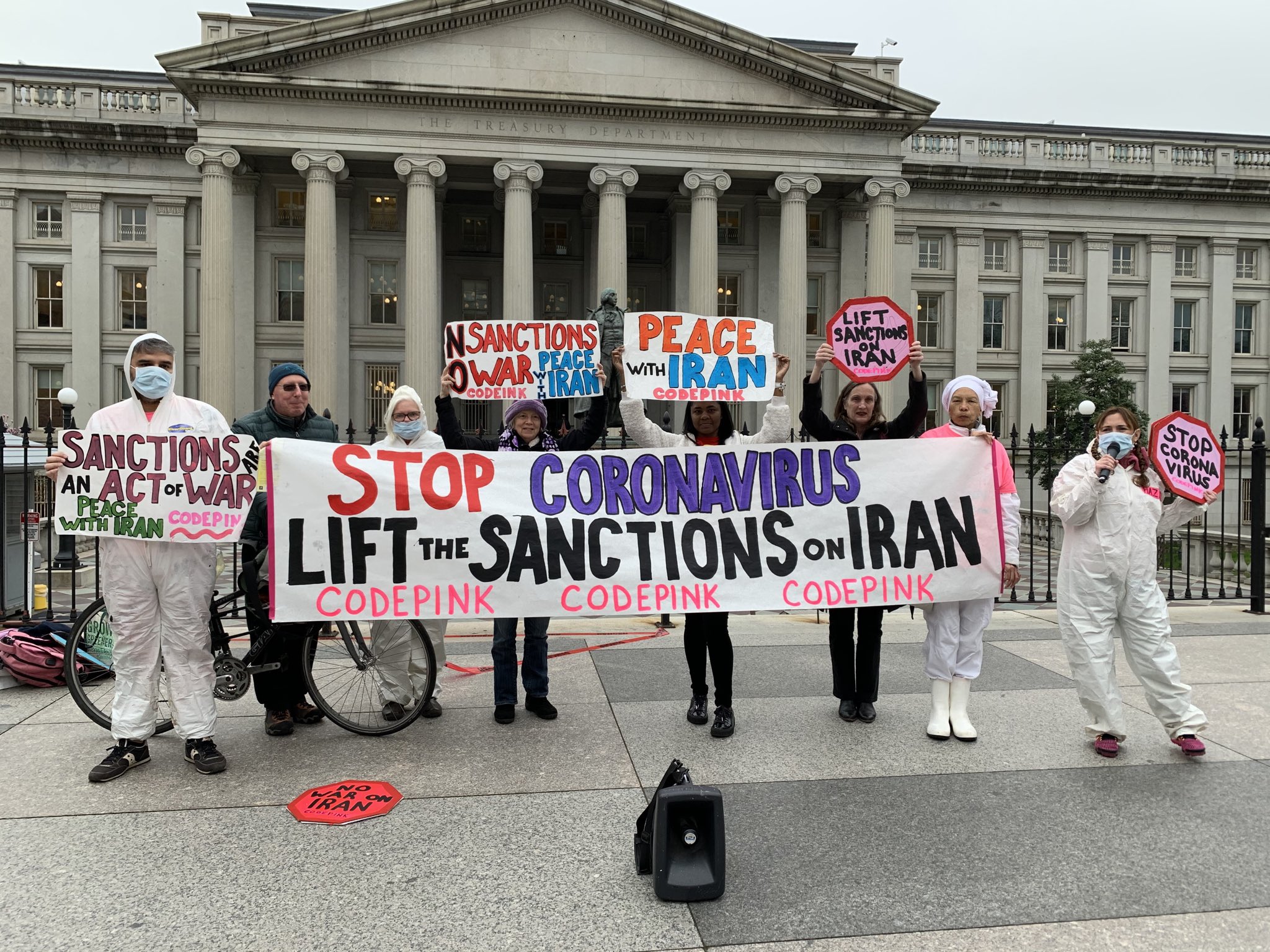 My third point on which world leaders might try to agree is that decent societies should reject pernicious notions of “herd immunity,” or letting COVID-19 run its course unabated in societies, in the hope that by “culling” the older weaker elements in society, the society might emerge healthier and stronger. The Nuremberg War Crimes Tribunal rejected Nazi eugenics, and it would be timely for world leaders to reaffirm this moral position. 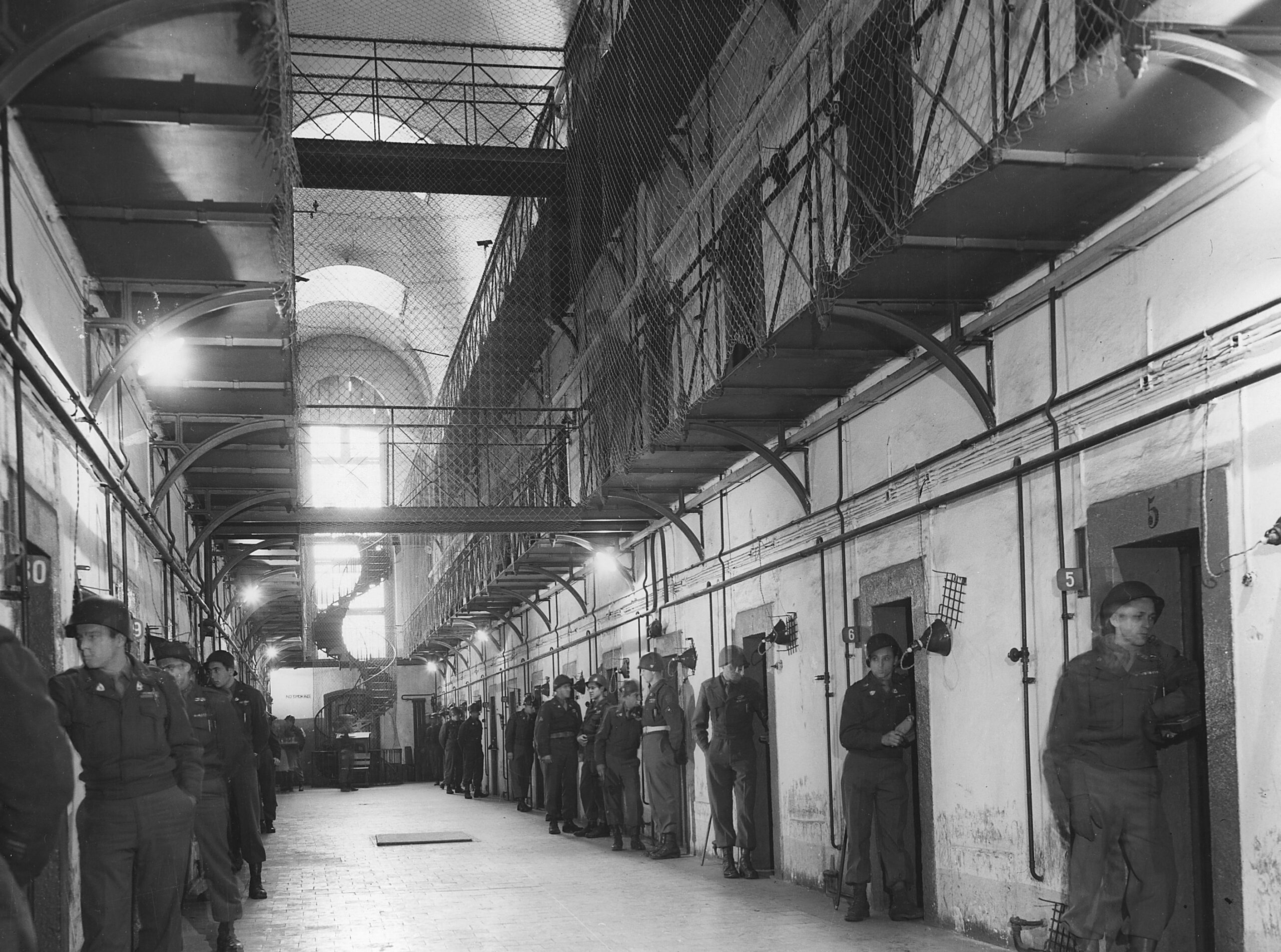 Decent societies respect and take care of their elders to the best of their ability. They do not abuse their elders.  China and Korea have shown this moral example to the world. The world should commit to follow as best it can.

“It is time to set this poisonous argument aside and move on to constructive collective dialog.”

What would be the most effective vehicle for useful world leaders’ dialog on COVID-19 at this point? I have considered the merits of virtual meetings in four possible fora:  G-9, G-20, the whole current UN Security Council and the UNSC Permanent Five (P-5) at national leader level.  For reasons that should on reflection be rather obvious, I favor the P5 option.  Basically, I envisage a “new Yalta Conference” on the COVID-19 pandemic.

The G-7 is not representative. The G-20 is better, but large, unwieldy and prone to special agendas that could distract and complicate its discussion. It is also, numerically, heavily biased against key nations China and Russia.  Similarly for the present UN Security Council as a whole. A proposed  P-5 forum of national leaders of the U.S., U.K., France, China and Russia – involving Trump, Prime Minister Boris Johnson, President Emmanuel Macron, President Xi Jinping and President Vladimir Putin — is the right size and clout  to have an efficient and effective free and frank dialog, moderated and facilitated as necessary by the skilled and non-partisan UN Secretary-General António Guterres.

A familiar plot device in science fiction is a world of warring governments coming together against a common enemy – usually alien invaders.  COVID-19 is this common enemy, an enemy which does not respect borders. But I see no sign of old Cold War hostilities being put aside. After an early hopeful Trump-Xi conversation about the virus, U.S.-China relations have reverted to a frozen hostility. I am heartened that Putin has now sent real aid to stricken Italy, and that Italy accepted. Typically, the Russian aid transport planes had to fly via Sochi, the Black Sea, Turkey, and Greece after Poland and Ukraine denied air space.  There needs now to be real international assistance to weakened Iran and Venezuela, and an end forthwith to sanctions. 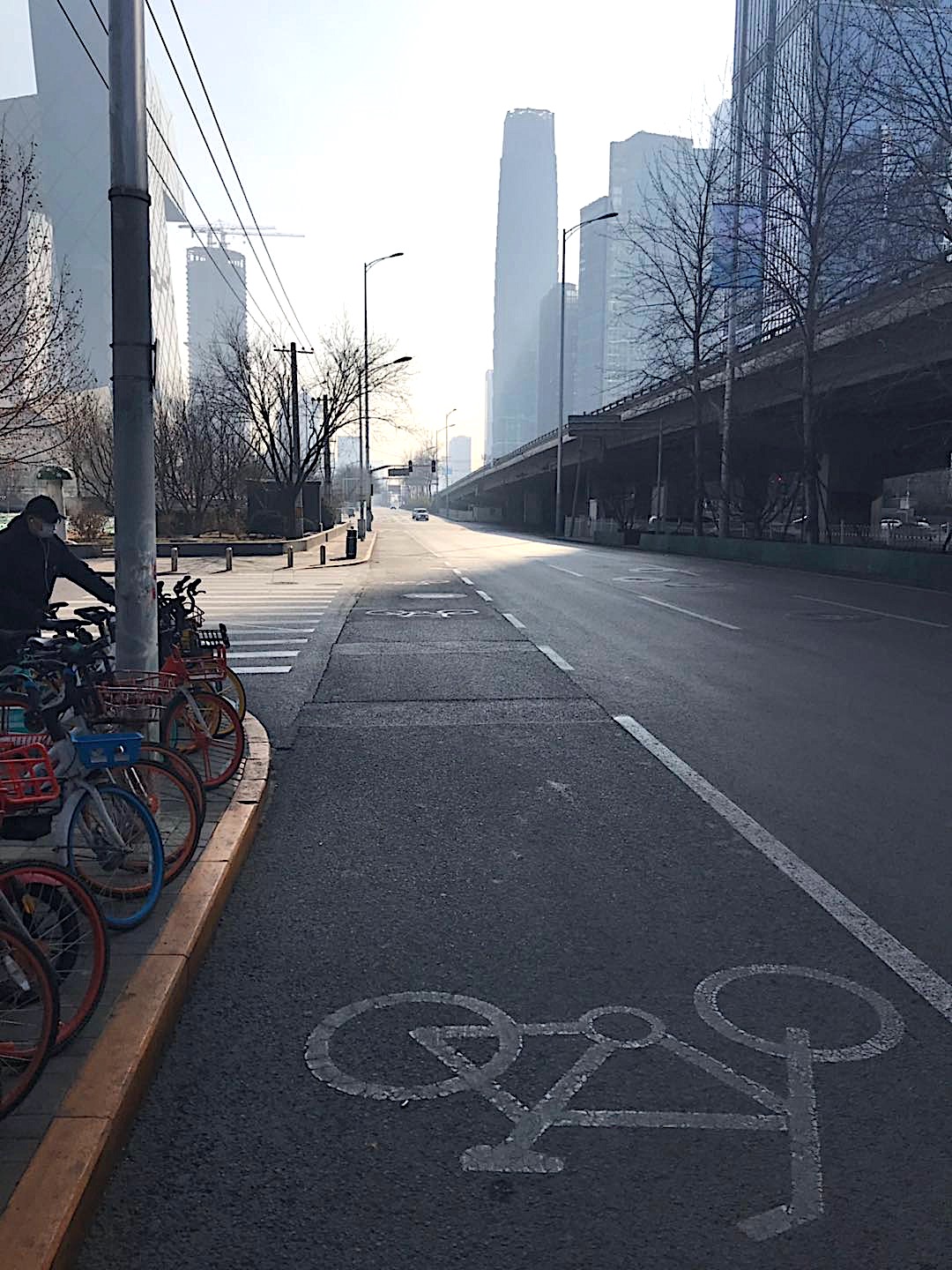 A normally busy Beijing thoroughfare on Jan. 31, 2020, when  COVID-19 had emptied the streets of the capital city.   (James Barnard)

Finally, a comment on how U.S.-China mutual accusations have lately become even more poisoned over the vexed questions of where and how the virus originated or got away from control. Suspected sites are U.S. Army Medical Research Institute of Infectious Diseases at Fort Detrick, Maryland, about 50 miles outside Washington, and a  Chinese Bio-security Lab 4 (BSL4) facility in Wuhan.

We know from the local Frederick News-Post that the U.S. Fort Detrick facility there was forced to close down in August 2019 due to safety protocol failures,  and a new commanding officer was appointed there. Clearly something had gone seriously wrong. The facility was only partially reopened in November. We know that international military athletics games were held in Wuhan in October 2019. The U.S. sent a rather mediocre 300-person team. Chinese officials,  and officials writing “in personal capacity”  on social media,  have come close to accusing US saboteurs of disseminating the virus deliberately in Wuhan. 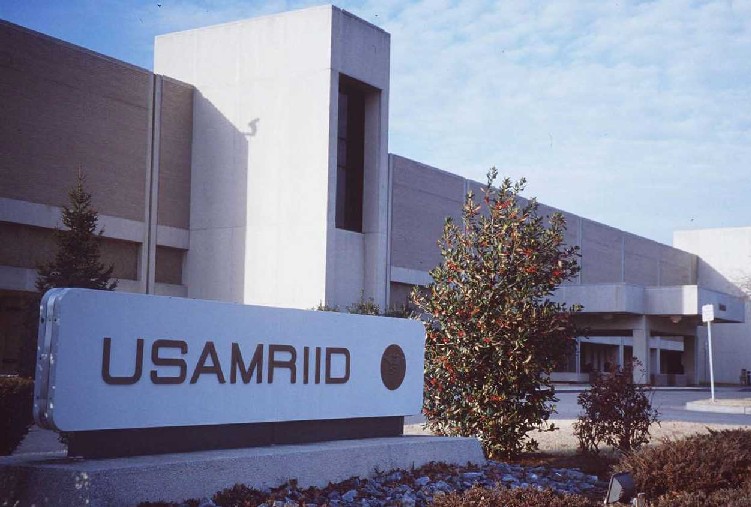 It may never be possible scientifically to resolve these inflammatory questions. Clearly, to harp on them could seriously threaten an effective and useful P-5 dialog on what the world should be doing now to fight to contain the pandemic. It is time to set this poisonous argument aside and move on to constructive collective dialog.

Finally, should Australia try to play any diplomatic role as an icebreaker? As an ally of the U.S. and U.K. and a friendly enough partner of France, there is nothing to prevent an Australian government from advocating such ideas to its larger friends.  There is also no reason for Australia not to enter into constructive dialogue on these ideas at foreign minister level with the Chinese and Russian governments.

Tony Kevin is a former Australian senior diplomat and the author of six published books on public policy and international relations.

13 comments for “COVID-19: The Need for the World to Come out of Diplomatic Quarantine”