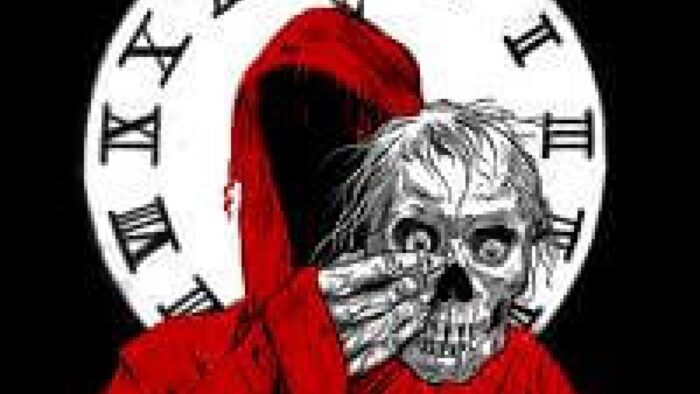 In his 1842 story, “The Masque of the Red Death”, Edgar Allan Poe writes of a prince who gathers his rich friends and courtiers into a bolted castle, believing they will protect themselves from a spreading pandemic.

“The red death had long devastated the country. No pestilence had ever been so fatal, or so hideous. … But Prince Prospero was happy and dauntless and sagacious. When his dominions were half depopulated, he summoned to his presence a thousand hale and light-hearted friends from among the knights and dames of his court, and with these retired to the deep seclusion of one of his crenellated abbeys. This was an extensive and magnificent structure, the creation of the prince’s own eccentric yet august taste. A strong and lofty wall girdled it in. This wall had gates of iron. The courtiers, having entered, brought furnaces and massy hammers and welded the bolts.

They resolved to leave means neither of ingress nor egress to the sudden impulses of despair or of frenzy from within. The abbey was amply provisioned. With such precautions the courtiers might bid defiance to contagion. The external world could take care of itself. In the meantime it was folly to grieve or to think. The prince had provided all the appliances of pleasure. There were buffoons, there were improvisatori, there were ballet-dancers, there were musicians, there was Beauty, there was wine. All these and security were within. Without was the ‘Red Death.'” – Edgar Allan Poe, “The Masque of the Red Death” (1842).

“It’s outrageous that during the worst health crisis facing our country in decades, insurers want to make clear that they still plan to profit from the treatment of coronavirus victims. This is just the most recent egregious example of the greed of the for-profit health insurance system and highlights why we need a Medicare for All system, which would guarantee testing and health care to everyone living in the U.S. If costs are waived for tests, but not for treatment, people who test positive for the coronavirus may not be able to afford treatment and will continue to infect others.” – Melinda St. Louis, Director of Public Citizen’s Medicare for All Campaign.

The One Percent, including health industry executives with multimillion dollar salaries, may live in their “crenellated abbeys” cut off from the riffraff outside, “the external world that could take care of itself.” Until now, they have gotten away with a hyper-market system, a neoliberal economic model since the late 1970s, a system that has moved wealth from the majority to this tiny minority who live in “extensive and magnificent structures” apart from the population they defraud.

Part of this transfer of wealth involves a ludicrously expensive health insurance system that shuts out more than 80 million Americans. It is part of the hyper-individualism of American corporate culture. This message is:  you are on your own. Until you are not.

They can shut their walls with “gates of iron” to poverty, a poverty they create, and pretend does not exist.  But they can not shut their bolted walls to a disease of high contagion. The utter disregard for the well-being of the entire nation is threatening them. Health industry executives themselves are at risk because they’ve put profit before public health.

‘We’re Not Set Up That Way’

“The system is not really geared to what we need right now, what you are asking for. That is a failing. Let’s admit it. The fact is, the way the system was set up, the public health component that Dr. Redfield was talking about, was a system where you put it out there in the public and a physician asks for it and you get it. The idea of anybody getting it easily the way people in other countries are doing it — we’re not set up for that. Do I think we should be? Yes. But we’re not.”–Anthony Fauci, director of the National Institute of Allergy and Infectious Diseases in testimony to Congress on Thursday. 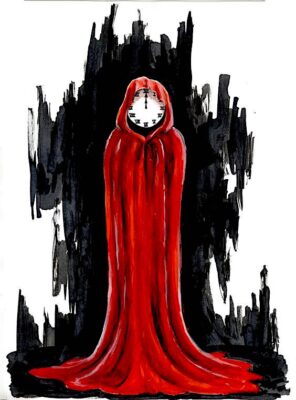 The Mask of the Red Death by FlamiatheDemon (Deviant Art- flamiathedemon.deviantart.com)

The U.S. is unlike the rest of the industrialized world, which, since the end of the Second World War, has had some kind of nationalized health insurance covering all citizens, regardless of their ability to pay. Many of the partisans who helped defeat the Nazis were socialists who demanded something in return from their governments after the war. Many British soldiers were Labour voters. They threw out war leader Winston Churchill in the 1945 election and the National Health Service was begun in 1948.

Though Harry Truman around the same time floated the idea of socialized medicine in the U.S., and the 1965 Medicare Act was to eventually cover all Americans, the greed of medical business interests has always won. It leaves millions of potentially infected Americans unable to be tested or treated. And that endangers even those in their high towers who “might bid defiance to contagion.”

“And now was acknowledged the presence of the Red Death. He had come like a thief in the night. And one by one dropped the revellers in the blood-bedewed halls of their revel, and died each in the despairing posture of his fall. And the life of the ebony clock went out with that of the last of the gay. And the flames of the tripods expired. And Darkness and Decay and the Red Death held illimitable dominion over all.”

Socialism to the Rescue

When the oligarchs’ economic system crashed in 2008 from over-speculation, the U.S. government did the unimaginable. It nationalized industries to save them. It used socialism to rescue capitalism. But it was temporary. Once the economy had sufficiently recovered, the U.S. returned to its market fundamentalism.

If the coronavirus crisis approaches the numbers recent studies point to—as many as 240 million Americans infected and one million dead—expect serious consideration to a single-payer system sweeping through Congress and signed into law.

But once the virus is contained expect your premiums to rise again. Just like the nationalizations in the 2008 financial crisis, a temporary national health insurance would be enacted only to save the oligarchs from the Red Death.

48 comments for “COVID-19: The American Mask of Death”