The U.S. has been in deep denial. The war is over, it has been for a long time, and the U.S. lost, for all intents and purposes, writes Danny Sjursen. 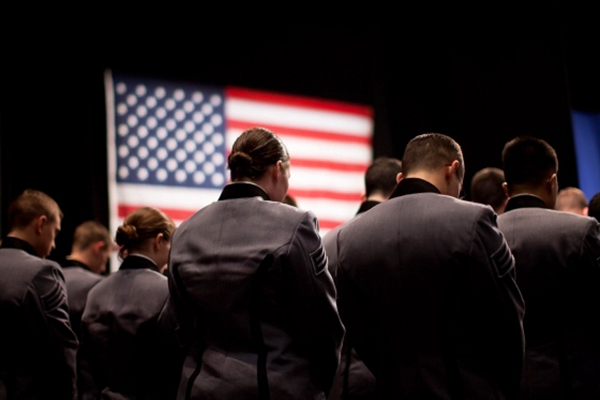 “Happy Afghan War surrender day, fellas!” So began my flippant group text (which was actually about a whole other topic) with the nine lieutenants who worked “for” me when I commanded a cavalry troop in Southern Afghanistan.

Now these guys, some still in the army, most long out, run the political gamut from centrist conservative to libertarian (very common among military officers) to mainstream liberal. None are as radical, or full-throated antiwar, as I am. Nonetheless, instructively, most responded with some – albeit often sarcastic – level of tacit support for any and all plans to (eventually, and hopefully) get the troops out of Afghanistan.

My artillery officer – who I profiled a couple years back in the American Conservative – responded first, with: “Victory or loss, thank Allah we’re out of that quagmire.” Then my first executive officer (XO), my second in command, made a joke about the artilleryman’s use of the word “quagmire,” asking, “What would Rumsfeld say?” (Bush’s former secretary of defense famously eschewed this descriptor for the Iraq War)

XO’s thoughtful successor then wrote: “I’m really glad we are getting out. I hate that it will take 14 months, but I’m thrilled…”. That former lieutenant of mine raised an important point. Much of the critical (and fair) response to my cautious social media support for Trump’s “peace deal” centers around either the rather protracted withdraw timeline or, more generally, skepticism about the sincerity of the U.S. position.

To the first point, Adam Wunische at the Quincy Institute accurately noted:

“President Trump will likely sell the U.S.-Taliban deal as a peace agreement and a U.S. military withdrawal. It is neither. The deal only reduces troop strength to 8,600 from 13,000 [for now], and Trump has said even minor complications will serve as justification to halt or reverse this reduction.”

As to the second matter, the probity of the American commitment to meaningfully “leave” Afghanistan, there are other valid concerns. Not least of which are the “secret annexes” that appear to imply the U.S. will keep special forces soldiers, and, one assumes, CIA-backed militias, on the ground long after the “combat” troops are all out.

Added to the questionable mix is the minor fact that the president of the ostensibly sovereign, Kabul-based state of Afghanistan wasn’t even present at the deal’s signing, and has already reneged (an early, if predictable, first snag) on releasing some 5,000 Taliban prisoners — as the U.S.-negotiated agreement called for.

What’s more, given the linguistic gymnastics that former President Barack Obama seemingly perfected about what, precisely, constitutes “combat” troops or, even what counts as a “boot,” or as the “ground,” it is increasingly difficult these days to believe much of what Trump or the national security state is pronouncing.

Finally, given the reportedly vast, and coveted, mineral resources under Afghanistan’s undeveloped soil, its importance as a thoroughfare for key natural gas pipelines, and its historic position of geopolitical import, many (rightfully) doubt whether Washington is really prepared to walk away from the region. All of that is fair, and crucial to parse out. 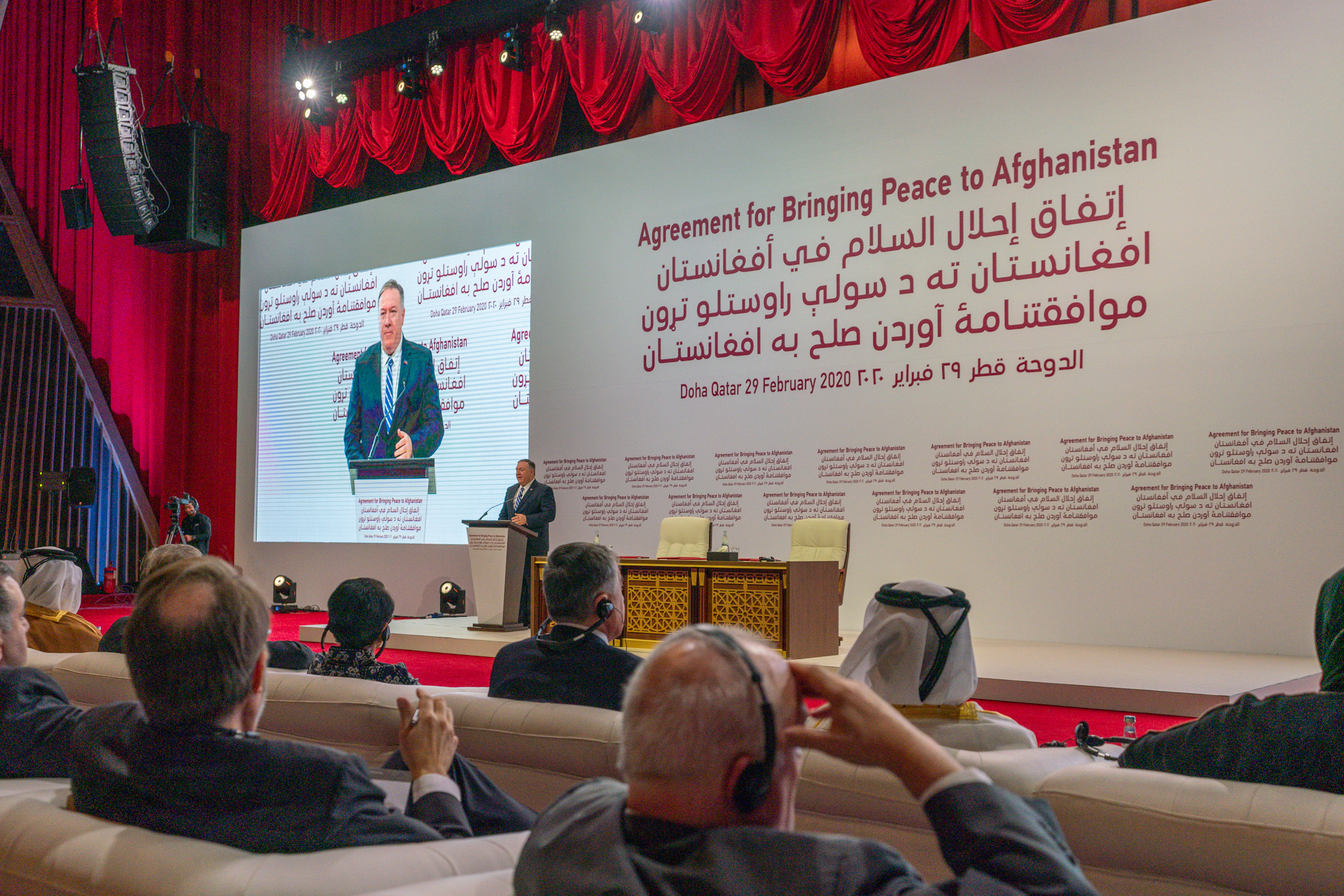 A Referendum on Trump

Also worrying is the likelihood that in this age of Trump-worship, Trump-hatred, and/or Trump-derangement syndrome, the situation in Afghanistan – where American men and women are still being killed, mind you – will revert to just another public referendum on the competence and character of the president himself.

That would be a huge mistake. To wit, let me plea: please, MSNBC-Obama-squad liberals, don’t make this critical moment all about bashing The Donald and thereby reflexively defaulting to a stay-forever, status quo position. Odds are they will, of course.

The really salient questions are twofold: could/would a different president (say Hillary “the hawk,” or “Iraq War-cheerleader” Joe B.) do any better with such a decidedly weak military hand? And, what other option, besides eventual withdrawal, does Trump have with respect to this inherited war? I’d submit the discomfiting answers are “no” and “none,” respectively.

Truth be told, I, like the crew over at Quincy, think the U.S. ought to have ditched the Afghan debacle long ago, and that a more rapid – immediate, even – comprehensive withdrawal is in order. Never trust the hyper-interventionist establishment when it whines about the inefficacy and supposed danger of a sudden troop exodus from a failed war. That’s never anything more than a sleight-of-hand canard for indefinite occupation.

Count me sympathetic to the plain, earthy logic of Ron Paul, when he asked, “Why the dilemma? [regarding Iraq]” and when he asserted, “We just marched in, and we can just march out.”

That was back in 2007! As in Iraq, so in Afghanistan, and as always: that’s unlikely. Uncle Sam rarely, if ever, leaves a purportedly conquered country of his own volition. That just ain’t Sammy’s style. More often than not, the U.S. military requires an insurgent bouncer to toss it to the proverbial curb…you know, like the Vietcong, for instance.

Like it or not, this is where matters stand: Look, one way or the other, folks, the Afghan War is over, and has been for a long time. We lost, for all intents and purposes, by not achieving the government’s (always fantastically) stated goals.

As a nation, but especially so for the bipartisan foreign policy establishment, we’ve just been in deep denial about that inconvenient truth. Bottom line: there’s little left that the U.S. can accomplish in Afghanistan, and that’s been the case for at least a decade.

So, sure, there’s lots to criticize about the world’s “greatest” dealmaker’s deal. Some will say it doesn’t go far enough (it doesn’t). The interventionist hawks on the other side will counter that it amounts to surrender (it kind of does). Still, there’s scant alternative available other than for Uncle Sam to tuck his tail between the ole legs and beat feet out of the Afghan “graveyard of empires.”

To channel Ron Paul: why all the dramatic hoopla about this? After all, rumor has it, that in war, the losers don’t get to dictate the peace terms. It’s time to “deal” with it…

Danny Sjursen is a retired U.S. Army officer and contributing editor at antiwar.com. His work has appeared in the LA Times, The Nation, Huff Post, The Hill, Salon, Truthdig, Tom Dispatch, among other publications. He served combat tours with reconnaissance units in Iraq and Afghanistan and later taught history at his alma mater, West Point. He is the author of a memoir and critical analysis of the Iraq War, “Ghostriders of Baghdad: Soldiers, Civilians, and the Myth of the Surge.” His forthcoming book, “Patriotic Dissent: America in the Age of Endless War” is now available for pre-order. Follow him on Twitter at @SkepticalVet. Check out his professional website for contact info, scheduling speeches, and/or access to the full corpus of his writing and media appearances.

36 comments for “Afghanistan: ‘Thank Allah We’re Out of That Quagmire’”