Given the current epochal political upheaval against entrenched political-economic elites driven in part by popular discontent over endless U.S. wars, the debut of the anti-interventionist Quincy Institute on Wednesday should have been an explosive event.

But it seemed more like a toy pop gun than a political bombshell.

Perhaps that was the intention of Quincy’s leadership.  The organization, whose full name is the Quincy Institute for Responsible Statecraft, has eschewed an all-out attack on the national security elite in favor of the catch-phrase “realism and restraint.” That doesn’t raise the flag of political struggle against the existing policymaking system but rather suggests it will merely nibble at its edges. 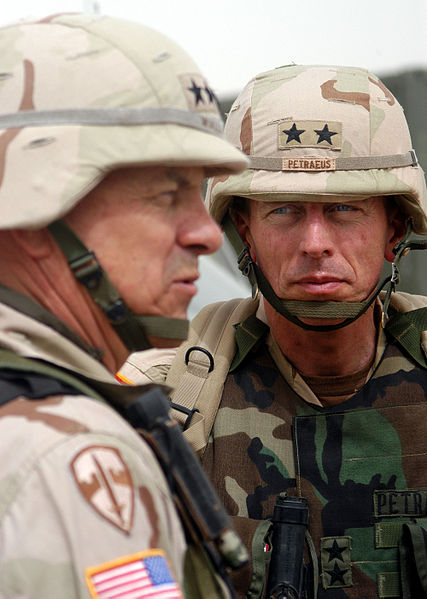 David Petraeus, a two-star general during the U.S. invasion of Iraq in 2003, at right, with Lt. Gen. William S. Wallace.

So, one shouldn’t be shocked that Quincy’s first policy event was a partnership with Foreign Policy magazine, whose editorial slant is decidedly aligned with the interests of the dominant national security elite.  It was Foreign Policy magazine that advanced the idea of having former CIA Director Gen. David Petraeus as the big name draw for the conference, according to people familiar with the origins of the conference.

Quincy needed a way to highlight the weaknesses of the status quo elite’s ideas and the power of its own alternative, and a debate between Petraeus and a highly articulate opponent of his position and argument would have done that. That was a talking point for the defense of Petraeus as a representative of the war system offered by one Quincy officer in advance of the conference.

But Petraeus was not about to agree to any such exercise.  He is used to speaking from a position of power and not having to defend against sharp rebuttals and tough arguments. A one-on-one debate with an articulate opponent would have been exposed him even more clearly as a vacuous windbag.

Instead of witnessing such a riveting confrontation, the audience got Petraeus being fed softball questions from FP Editor-in-Chief Jonathan Tupperman and giving carefully memorized answers, including what he called “five big ideas we should have learned” (examples: “Ungoverned spaces will be exploited by Islamist extremists;” “The United State has to lead.”)  [This from Petraeus who once said the U.S. was right to partner  with al-Qaeda in Syria.] 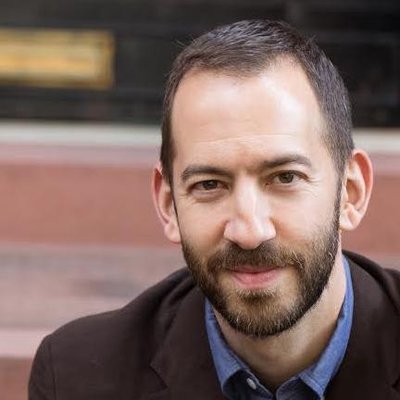 That format allowed Petraeus to answer Tupperman’s question whether the United States can continue to use military force to maintain the “liberal world order” in light of the popular support for President Donald Trump and Democratic presidential contender Senator Bernie Sanders by claiming smugly, “I’m for restraint as well,” then adding the lamest line of the day (which he apparently thought was clever): “We should be for more restraint until we shouldn’t be.”

Then the Petraeus segment was over, with Tupperman observing that there was no time left for audience questioning of the man still venerated in a regime of worshipful media coverage of Iraq and Afghanistan as the man that had saved us from defeat in Iraq and had been successful in Afghanistan until he wasn’t successful.  The mysterious failure of Tupperman to have left time for questions averted any possibility of someone in the audience recalling how Petraeus had played a crucial role in the unfolding of sectarian violence in Iraq by arming and training a sectarian Shiite militia — the Wolf Brigade — that was then sent into virtually every major Sunni population center in 2004-05.

Then Representative Ro Khanna, the smartest and most articulate congressional advocate for a non-interventionist viewpoint, laid out in an exchange with Cato Institute supporter Will Ruger a sharp critique of U.S. military interventions in the Middle East, starting with the enormous boost that U.S. interventions gave to the previously weak al Qaeda, which went from a presence in three countries before 9/11 to 23 countries today.

It was a thoughtful and persuasive case for a sharp turn in U.S. policy.  But there was no real debate with Petraeus. In the absence of debate, the conference lacked any dramatic moment announcing the arrival of a powerful new voice for radical change in U.S. policy.

Much of the rest of the conference, moreover, had a tenor and pace reminiscent of many dozens of Washington think tank events on national security policy attended by this writer for years before giving them up a few years ago.  That’s because it consisted of brief and almost always polite exchanges between advocates of new policies and representatives of centrist think tanks that are deeply enmeshed in those policies and the institutional interests underlying them. 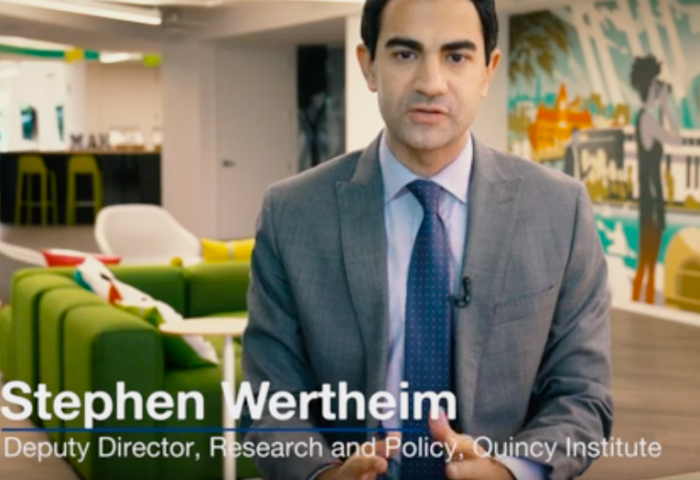 The closing session pitted Quincy Institute Deputy Director Stephen Wertheim against Rosa Brooks of New America and Tom Wright of the Brookings Institution, both of whom rejected the very idea of ending America’s existing wars.  They argued that the U.S. troops in Iraq and Syria are really “counter-terrorism operations” rather than “wars.”  Brooks even uttered the word identifying her as a member of the national security elite in good standing by calling for a “robust” policy.

The panel billed as “A New Vision for America’s Role in the World” didn’t actually offer that at all. That phrase turned out to be simply a convenient catch-all for the views of foreign policy advisers to both Bernie Sanders (Matt Duss) and former Vice President Joe Biden (former NSC official Julianne Smith), neither of whom articulated anything resembling a new policy vision.

Ironically, on the day that Politico’s “Morning Defense” reported Sanders’ clear lead in the Democratic race had triggered fears among military contractors of “an unprecedented threat to the status quo,” the most daring suggestion from Duss was that Sanders was for diplomacy with Iran.

There were a few moments that unexpectedly elevated the discussion well above the usual humdrum Washington think tank chatter.  In a panel on the Middle East independent journalist Mark Perry, who has long had access to senior military officers on background, reported that his military contacts “want out” of the wars in the Middle East.

He added, moreover, that Trump has those officers’ trust, because they believe he wants out, too.  But Perry’s most important contribution was to challenge the whole idea that the United States is capable of accomplishing anything positive with its serial military interventions in the Middle East.  “We can’t do this,” said Perry, “so what are we doing?”

The lesson of Quincy’s debut seems reasonably clear: You can’t hope to disrupt the national security elite’s grip on policy by playing by the establishment’s rules. Foreign Policy was never going to agree to a format that would permit a direct confrontation over the key issues, much less, a full, unfettered analysis of the system of power that underlies that elite’s public role in defending America’s endless wars.

An organization devoted to attacking its illicit and increasingly unpopular policies can only gain traction by offering an analysis that will appeal to the anti-elite sentiments that have already shaken the U.S. political system to its foundations.

That would mean going beyond “realism and restraint” and talking about the need for fundamental change in the system of national security institutions themselves.  Of course, taking that lesson on board might not be in line with the thinking of major funders. It could imply a major reorganization and even a much smaller staff.  But if it doesn’t heed the lesson of its initial conference, Quincy is likely to find that the real action in bringing about change in U.S. foreign and policy is coming from political forces involved in the larger national power struggle.

Gareth Porter is an independent investigative journalist and historian on U.S. national security policy and winner of the Martha Gellhorn Prize for Journalism in 2012.  His most recent book, with John Kiriakou, is “The CIA Insider’s Guide to the Iran Crisis: From CIA Coup to the Brink of War,” published on Feb 4.