Consortium News was inside Woolwich Crown Court on Tuesday for the second day of Julian Assange’s extradition hearing. Joe Lauria filed this report.

With the sound of protestors permeating the walls of Woolwich Crown Court, Assange’s defense presented the first part of its case on Tuesday, demolishing the U.S. government’s extradition submission: 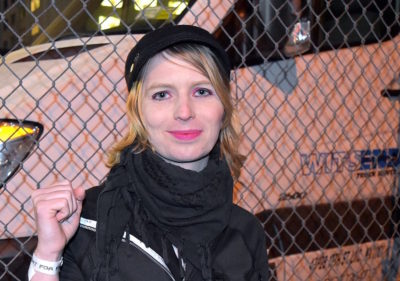 Summers says Manning had legal access to classified material and did not need a user name or a password to get into the database.   The Espionage Act indictment says Assange helped Manning sign in under an administrator’s password in order to help get secrets, not the latest video game.

The U.S. government’s case is based on “lies, lies and more lies,” Summers told the court.  Summers said that there’s no evidence Manning ever saw WikiLeak‘s wish list, and she provided material that wasn’t asked for. Manning gave WikiLeaks the U.S. Rules of Engagement in Iraq to show that the Collateral Murder video had violated those rules, not because Assange had asked for it, Summers said.

It is difficult to understand how a journalist asking sources to provide the information, even classified information, can be construed as a crime.

Summers also gave a detailed explanation about why the government’s assertion that Assange had endangered the lives of U.S. informants was false.   He explained that Assange had instituted a Harm Mitigation Program to redact the names of informants and other people that might be at risk, a program so stringent that David Leigh of The Guardian complained to Der Spiegel, two publications partnering with WikiLeaks, that too much time was being wasted.

A Spiegel journalist said it was the most extreme measures he had ever experienced. Summers also told the court that The Guardian was responsible for publishing the password for the encrypted, un-redacted State Department cables that WikiLeaks and its media partners were slowly and carefully running out. When The Guardian made the entire archive available, Assange called the State Department to warn them.

“You might think that would be something you would have known when the government submitted the extradition request,” Summers told Baraister.

Before the hearing began Tuesday a court officer instructed Kristinn Hrafnsson, WikiLeaks editor-in-chief, that he had been instructed to bar the “head of WikiLeaks” from entering the public gallery, a glassed-in room with two rows of seats high above the small courtroom. 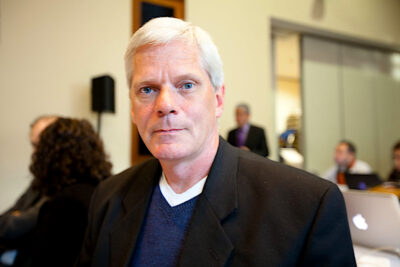 Hrafnsson: Court tried to shut him out.

John Shipton, Assange’s father, and Assange’s brother Gabriel and Hrafnsson protested and left the cramped area where 18 people lined up to get into the gallery. A few minutes later they returned. Hrafnsson said sending out a few tweets got the court authorities to change their mind. He said no explanation for why the court wanted him barred was given.

The family sat down to hear Assange’s lawyers complaining that on Monday Assange had been intimidated by prison authorities, being strip searched, handcuffed 11 times, made to stay in five different cells and had legal documents he was studying taken away from him.  Judge Vanessa Baraister told the court she had no jurisdiction over how Assange is being mistreated.

During the hearing Assange is separated from his lawyers in room at the back of the court behind bullet-proof glass. He wore a gray jumper and blazer and looked to have aged well beyond his 48 years. He appeared mostly able to focus on the proceedings, at times intensely.  He sent word to the judge through one of his lawyers that he wished to sit among his attorneys in the courtroom.

The hearing resumes on Wednesday.