Coercive might and money may be all that matter in Manhattan real estate.  But they are bound to sink the president’s take-all-you-want “deal of the century” for Israel.

With the publication of the Trump administration’s Mideast “deal of the century,” we can at least leave off any reference to it as a “peace plan.” The Palestinians, as is well-known, had no hand in producing the terms or the final text. But if this is not a deal and holds out no promise of peace between Israel and a Palestinian nation,  there is nonetheless much to read into the fraudulent framework for an Israeli–Palestinian settlement made public last week.

Today’s winners are tomorrow’s losers, to put the point simply.

Three years in the making, the Trump administration’s Mideast proposal is as naked a display as we have yet had of Washington’s commitment to power as the sole pillar of its late-imperial foreign policies. This is the essential take-home now that this document is public. There are numerous other examples of this emerging dependence on power alone, but the Dealmaker’s take-all-you-want deal with Israel (and non-deal with Palestinians) is the boldest case to date.

Diplomacy, accommodation, compromise, mutuality, the perspectives of others: It is already clear these are among the defining features of 21stcentury statecraft. Jealous of its dissipating preeminence, the U.S. proves indifferent to all such considerations. There is no longer even the pretense of deriving authority by way of example, so radical is Washington’s preference for coercive might alone. The paradox is not difficult to grasp: In displays of unadorned power we also find the limits of power. The Trump administration’s conduct of foreign policy—primarily but not only in the Mideast—makes failure and an American comeuppance inevitable. 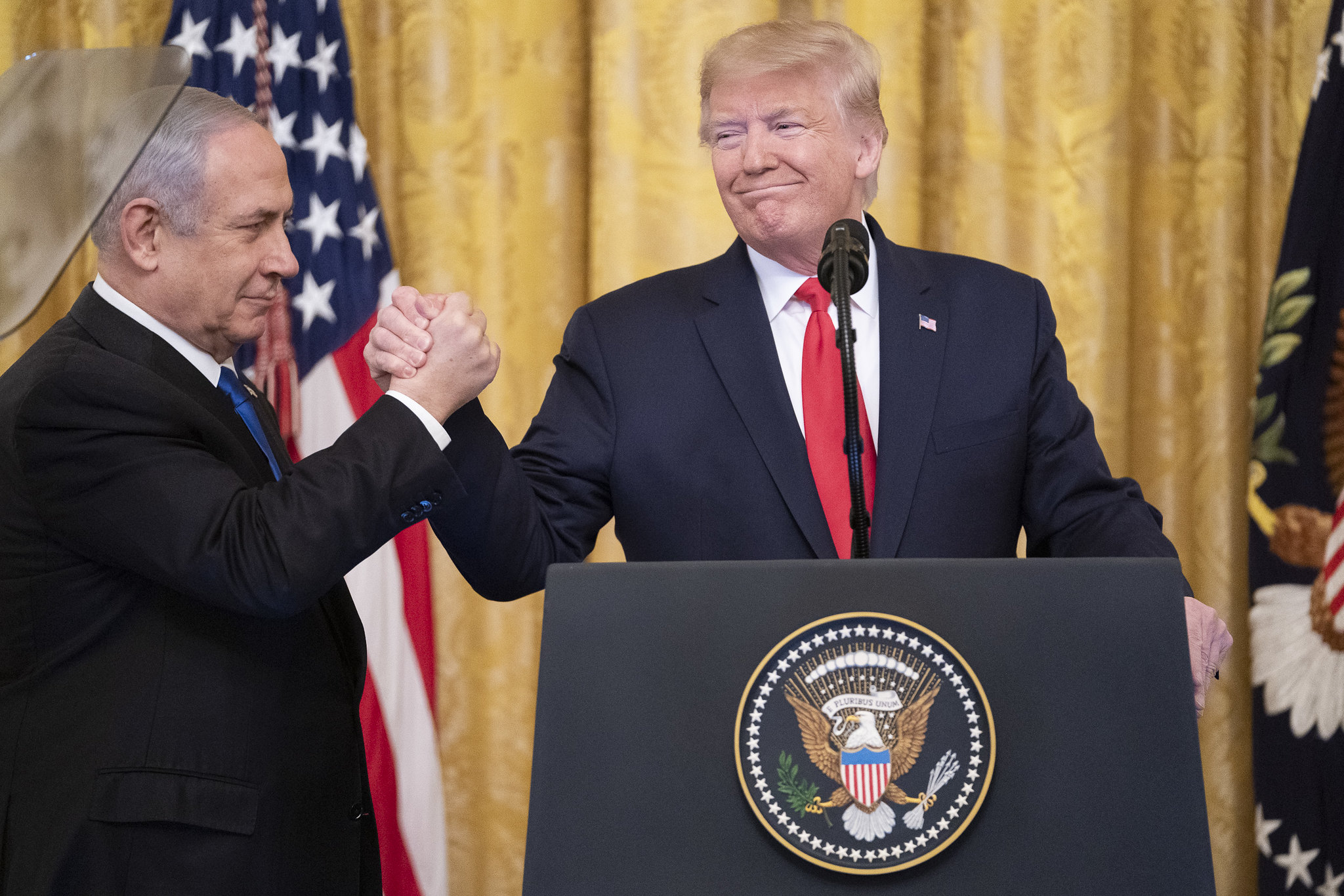 The White House calls the 180–page document published last week “Peace to Prosperity: A Vision to Improve the Lives of the Palestinian and Israeli People.” This is an arrogant display of contempt all by itself. Jared Kushner, Trump’s son-in-law, developed the document in consultation with Israel, Saudi Arabia, Jordan, and other Arab allies. It gives Israel more or less everything it wants and leaves Palestinians with what amount to crumbs falling from the table.

The U.S. plan recognizes Israeli sovereignty in the Jordan Valley, where the Israelis already exercise military authority, and grants Israel all of the West Bank land where it wants to build settlements. The sham “state” proposed for the Palestinians will have no military or defense, and Israel will control its security. Israel will also control the borders of this not-a-nation, so controlling Palestinians’ contacts with the outside world. Among the few concessions-that-are-not-concessions to Palestinians, they are awarded more or less useless tracts of land in the Negev desert.

Alert readers will have no difficulty finding a comparison here. The Palestinian nation outlined in this set of preposterous propositions resembles nothing so much as the Bantustans of apartheid South Africa — poverty-ridden bits of intractable land surrounded by the superior power of a nation built on racial identity. Check that: A comparison of equal merit is with the stony, infertile reservations where white settlers shoved Native Americans as the U.S. pushed itself westward.

Shame on any American who supports the Trump administration’s re-enactment in the Mideast of these 19thcentury crudities. Shame on any Israeli who makes of his or her nation so dishonorable a monument to the suffering and sacrifice of the six million.

There is an implicit theme running through the Trump–Kushner plan, and it is important to identify it. It has to do with the values expressed in the document; these are certain to prove its fatal flaw.

For one thing, the U.S. blueprint is a straight-out dismissal of Palestinian aspiration. This may seem a spongy and idealistic consideration, but it is stone real when such questions — of nationality and identity, of recognition and parity — are at issue. The right of return is another dimension of this. The Trump–Kushner plan simply wipes this principle off the slate. But memory and history, like aspiration, cannot be so flippantly eliminated, no matter how much power is brought to bear. The last 70 years demonstrate this plainly enough. 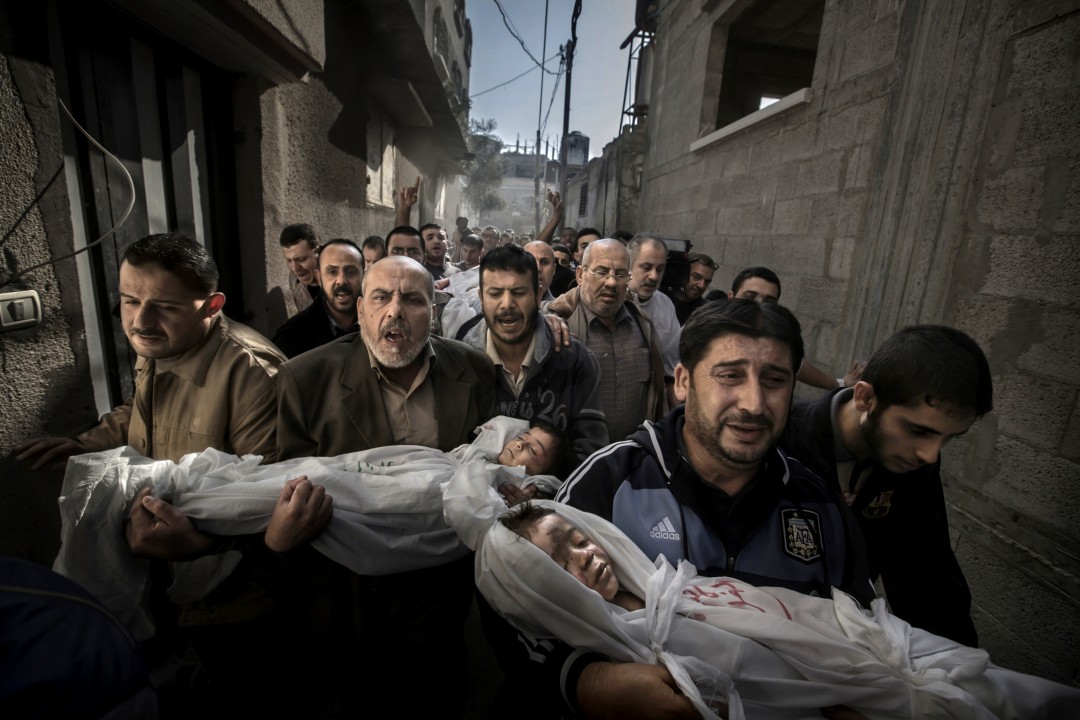 For another, the White House proposal assumes an entire people can be bribed. This is implicit in its promise of $50 billion in development assistance for the new collection of Palestinian Bantustans. The conceptual flaw here is to mistake market value as the only value. This holds and regularly proves out among New York property developers such as Trump and Kushner. Money, power, and facts on the ground are all that matter in Manhattan real estate. None stands much chance of winning Palestinian acceptance, despite Trump’s insistence that the plan “will ultimately have the support of the Palestinians.”

Many years ago, during the first term of George W. Bush, Karl Rove gave an interview in which he asserted that the U.S. was no longer bound by “discernible reality,” as the White House aide put it. “That’s not the way the world really works anymore,” Rove explained. “We’re an empire now, and when we act, we create our own reality. And while you’re studying that reality — judiciously, as you will —we’ll act again, creating other new realities, which you can study too, and that’s how things will sort out.”

This singularly arrogant remark was much noted at the time but was thought to reflect only the kookier extremes of the Bush II administration. What a misinterpretation that has proven to be. Rove was effectively warning us that the U.S. had already begun its fundamental shift toward sheer power as the instrument of its foreign policies. This is plain in hindsight. 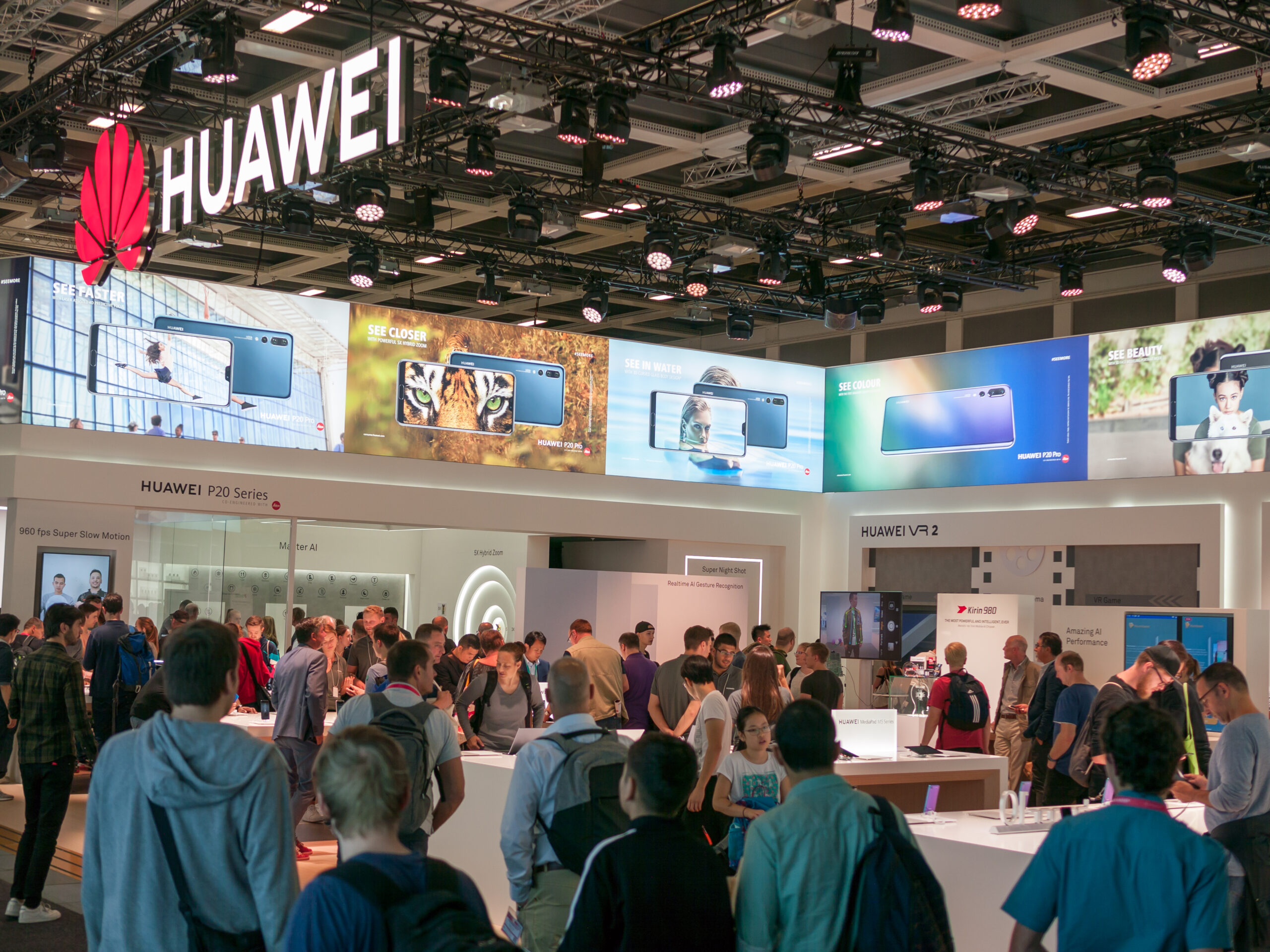 There are plenty of Obama cheerleaders who continue to credit him with cultivating a fundamental revision of U.S. foreign policy. The U.S. joined five other nations to sign the accord governing Iran’s nuclear programs in mid–July 2015; six days later it restored diplomatic relations with Cuba. Fine, but the complete record must also include Iraq, Afghanistan, Libya and Yemen among the messes Obama, the serial assassin by drone, either made or prolonged. Obama’s years do not count even as a pause between Bush II and Trump. Underscoring the point, relations with Cuba are re-frozen, and Trump has unilaterally withdrawn from the nuclear pact in favor of a ruthless “maximum pressure” campaign against Iran that rests on power alone.

Many of the Trump administration’s policies are of a piece with this notion that power can transform reality. Beyond the Middle East, Washington makes up tales about Huawei, the Chinese telecommunications giant, in an attempt to force China out of the market for 5–G telecoms technologies. In Europe, Washington threatens sanctions against companies working on the NordStream 2 natural gas pipeline, from Russia to Germany, to force Russia out of the West European market. The list goes on.

These policies share two features. They rest on power alone — in this they are Karl Rove’s dream made flesh — and they are bound to fail, if they are not already failing.

It is evident now that the European allies will defy U.S. efforts to sabotage NordStream 2 and keep Huawei out of 5–G. London announced last week that it will allow Huawei to participate in its 5–G development program. Germany made a similar decision last autumn.

In the Middle East, it is equally clear that Iran has no intention of buckling under U.S. sanctions and military threats. U.S. influence in the region has already begun to decline since the drone assassination of a top Iranian general on Iraqi soil early last month. The Pentagon now faces popular Iraqi demands to withdraw its troops.

And now the Mideast — Israel and Palestine. The Trump administration sacrificed all claim to “honest broker” status when it recognized Jerusalem as Israel’s capital in December 2017 — a unilateral move that prompted the Palestinians to stop talking to the U.S. about the plan Jared Kushner was by then developing. Of all that is wrong with the new Trump–Kushner plan, the absence of Palestinian input more or less assures that it will prove dead on arrival.

Power alone is power blind. Power blind is certain to fail, for it cannot see its way.