We hear a lot about the “do-nothing” Congress. But in fact, legislators have been on a spree of criminalizing previously legal behavior.

Like a lot of progressives, I like to criticize the “do-nothing Congress.” The media, too, are fond of talking about how a divided Congress, with the House of Representatives controlled by Democrats and the Senate controlled by Republicans, is unable to pass any meaningful legislation. That’s the very definition of gridlock in Washington.

The truth is, however, that the Congress actually does pass a lot of legislation. Much of it is under the radar, and almost all of it criminalizes previously legal behavior. 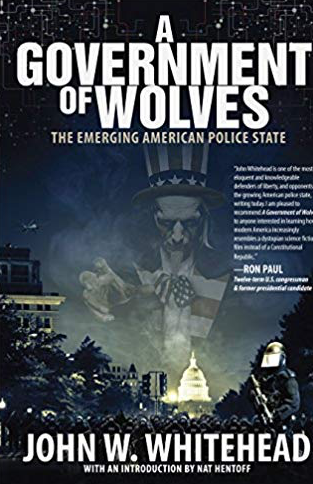 According to author John Whitehead, Congress has created, on average, 50 new crimes per year for the past decade. Not 50 new laws. Fifty new crimes. You can now be arrested for selling runny ketchup, for making an obscene gesture at a horse, or for removing llama excrement from a quarantine facility.

The trend is headed in the wrong direction. In just the five years from 2008 until 2013, according to the Congressional Research Service, Congress created 439 new criminal offenses. And that’s in addition to the growing number of state and local crimes for which Americans can be prosecuted.

To make matters worse, many of these federal laws lack any mens rea, or “guilty mind,” requirement. That means you can be prosecuted even without criminal intent. Didn’t mean to break the law? Tough luck.  You’re still going to go down for it.  After all, that’s how young, aggressive prosecutors get promoted.

Not all criminalization is bad, of course. We really do need laws — new ones in some cases — to combat child pornography, human trafficking, police brutality, cyber crimes and other such affronts. The problem is when Congress oversteps and law enforcement authorities go hog wild, drunk with power.

Searching for a Potato Gun

In late 2013, Coast Guard agents — that’s right, even the Coast Guard has federal agents — stormed the home of a Washington Times reporter to search for a “potato gun.” A what?  It’s a homemade device that uses a PVC pipe to launch potatoes and other vegetables into the air. I had one as a kid.  My dad made it for me.

The agents didn’t find a potato gun or any other weapon. Instead, they seized the reporter’s notes, which identified her sources — and for which they didn’t have a warrant. The Coast Guard claimed they’d discovered government documents, but they were forced to return the notes after learning the documents were legally obtained through the Freedom of Information Act.

More recently, two environmental protesters went to the headquarters of Devon Energy, a large utility with ties to the Keystone XL Pipeline, where they unfurled a banner in the lobby. It read, a la The Hunger Games, “The odds are never in our favor.”

As the banner unrolled, some glitter fell onto the floor of the lobby. Police arrived, determined the glitter was a “potentially hazardous substance,” and charged the duo with perpetrating a “terrorism hoax.” In the end the charges were dropped — but not before the protesters were booked, fingerprinted and arraigned.

Late last year, the Justice Department attempted to count the number of actual federal, state and local criminal laws on the books. They stopped counting at 300,000. That means that if you set out to break one criminal law every day, it would take you 800 years to finish the job. And to make matters worse, Congress is granting federal regulatory agencies the authority to promulgate regulations that carry the force of law.

And don’t look to the U.S. Supreme Court for help. A recent decision there found that Alaska state police were within their rights to arrest a man for “disorderly conduct” after he expressed an opinion on social media that hurt their feelings.  He said that he didn’t believe state police had the right to target underage drinking at the annual Arctic Man Festival.  That opinion, apparently, is a crime.

I always try to end these rants by either offering hope or offering a solution.  I have nothing.  These are the clowns we’ve elected and repeatedly reelected.  This isn’t a partisan issue.  Democrats and Republicans are both guilty.  I no longer complain about the “do-nothing Congress.”  I welcome it.  If this is all that Congress can really get done, I  wish that it did nothing.

← The Revelations of WikiLeaks: No. 6 — US Diplomatic Cables Spark ‘Arab Spring,’ Expose Spying at UN & Elsewhere
Biden Has Been Lying About His Record on Iraq for Years →

14 comments for “JOHN KIRIAKOU: Actually, Congress is Overdoing It”