Since the story concerns Russia, all journalistic standards have, as usual, gone out the window, writes Caitlin Johnstone. 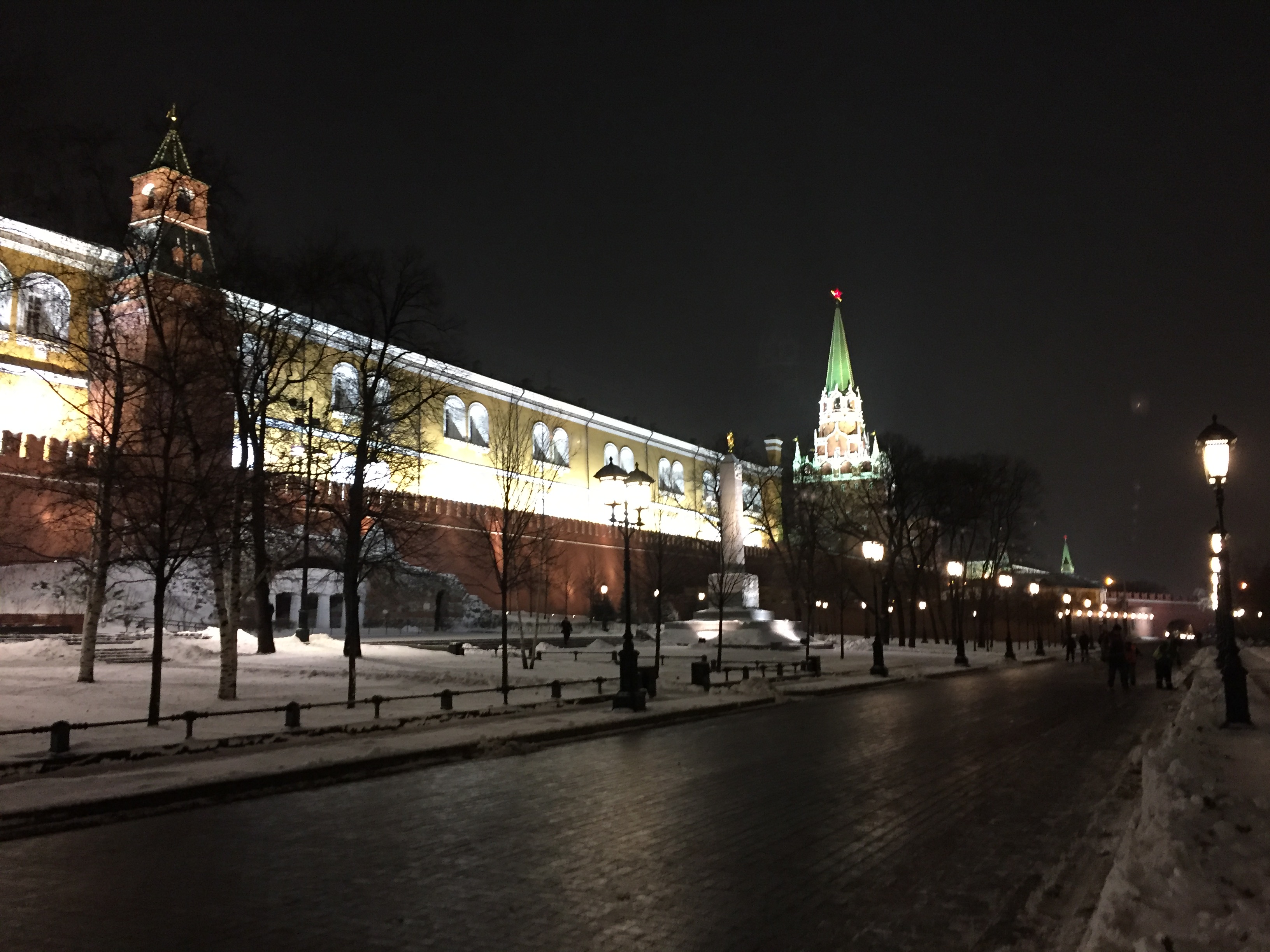 Tomb of the Unknown Soldier outside the Kremlin wall, Dec. 6, 2016. (Robert Parry)

The New York Times reports that GRU operatives launched a successful “phishing attack” on the Ukrainian gas company at the heart of scandalous allegations about Joe Biden, and establishment pundits are falling all over themselves to tweet the hottest take on this exciting new Russia conspiracy.

The story itself fails the smell test on a number of fronts. It falsely claims that allegations of Biden’s corrupt dealings with Ukrainian officials as vice president have been “discredited,” and its only named source is a cybersecurity firm with foundational ties to the NSA and to Crowdstrike, which you may remember as the extremely shady Atlantic Council-tied company at the heart of the plot hole-riddled 2016 Russia hacking narrative (whose CEO is now a billionaire).

The article also lacks any hard evidence for its claims, and is of course completely silent on any details as to how the security firm knows that the alleged hackers were both (A) Russian and (B) tied to the Russian government. This is par for course with mass media news reporting on anything negative about Russia, where all journalistic standards have gone out the window and nobody suffers any professional consequences for even the most egregious misreporting on that nation.

And, naturally, liberal pundits are guzzling it down like Mike Pompeo left alone at the table with the gravy boat.

Thanks to editor of another establishment “news” organization for being so mindblowingly & transparently corrupt that even I can see through you.

“I hope my fellow editors will think hard — really hard, a lot harder than they did in 2016 — before publishing any material hacked by the Russians,” tweeted editor-in-chief of The Daily Beast Noah Shachtman in response to the NYT report.

It is very revealing that the head of a major mainstream publication believes news outlets should sit on a story exposing the corruption of a leading presidential candidate–no matter how newsworthy – if it’s believed to have come from “the Russians.” How many major stories are being spiked for no other reason than a loyalty to the US government’s geopolitical agendas against noncompliant nations, exactly?

Yet sentiments identical to Shachtman’s are currently being bleated by like-minded pundits throughout the Twitterverse right now.

“Me and Oliver Darcy took at look at this a year ago… newsrooms hadn’t a lot to say about it. Not a lot of self-reflection, it seems,” tweeted CNN’s Donie O’Sullivan in response to Shachtman’s post. “Hackers could target the 2020 election. How will newsrooms respond if they release stolen data?”

“Russians working hard for President Trump’s reelection: mainstream media do not need to collaborate with the Russians again and breathlessly promote their non-newsworthy findings, as they did in 2016,” economist David Rothschild tweeted, without specifying his peculiar definition of “non-newsworthy”.

This might be the most important news of the day. Russia could leak Burisma emails, and slip in some doctored emails, to harm Biden later on, if he is the Democratic nominee. The 2016 playbook all over again. https://t.co/w0p7pXjWgp

A CNN reporter took it up even further, preemptively speculating based on literally nothing that any evidence of Biden’s corruption which emerges from the phishing campaign will have been “doctored” by Russia.

“Russia could leak Burisma emails, and slip in some doctored emails, to harm Biden later on, if he is the Democratic nominee,” tweeted CNN’s Marshall Cohen. “The 2016 playbook all over again.”

This insanity was seconded and then ratcheted up even further by MSNBC’s Malcolm Nance, whose main job seems to be to push the Overton window of Russia hysteria toward the craziest end of the spectrum.

“DNC 2.0,” Nance wrote. “To protect Trump the GRU will manufacture and insert Black propaganda, fake emails in a data base Burisma emails to implicate Biden and support Trump. They don’t care if you believe it … it’s all to get Trump to believe it. He’ll destroy America to win.”

DNC 2.0. To protect Trump the GRU will manufacture & insert Black propaganda, fake emails in a data base Burisma emails to implicate Biden & support Trump. They don’t care if you believe it … it’s all to get Trump to believe it. He’ll destroy America to win. #NoGreaterTraitor https://t.co/LgZeAwa9fK

MSNBC analyst and former Obama administration official Richard Stengel, who has openly stated that he endorses the U.S. government propagandizing its citizens, seized on the opportunity offered by this lawless feeding frenzy to advance a completely baseless Russiagate theory, because why the hell not?

“‘Russia, if you’re listening, hack Burisma.’ GRU has done same thing to this Ukrainian firm that they did to DNC,” tweeted Stengel. “If Trump asked Zelensky on a public call to investigate the Bidens, what do you suppose he asked Putin on a private call? Vlad, do me a favor.”

“More evidence that Putin fears Biden and is actively trying to help Trump,” added the Obama administration’s Michael McFaul. “Not good. All who believe in American sovereignty should denounce, Democrats and Republicans alike.”

“I’ll say it now: I don’t care WHAT the emails say. If he’s the guy, he’s got my vote. PERIOD,” tweeted popular #Resistance pundit Brooklyn Dad Defiant in what could generously be described as a very odd confession.

Here we go again, a Russian hacking playbook right out of 2016.

I'll say it now: I don't care WHAT the emails say. If he's the guy, he's got my vote. PERIOD. https://t.co/qJhqNMecxR

There is at this time no legitimate reason to believe that the GRU was involved in any kind of cyberattack on Burisma, let alone that it found anything worth publishing. At the moment the only information we’ve gleaned from this incident is more insight into the fact that the news media environment of the most powerful nation on earth is deeply, profoundly unhealthy, and so are the individuals operating within it.

These are the people who shape the dominant narrative. These are the thought leaders, who really do lead the way a very large sector of the population thinks. We need to bring more consciousness to how wildly dysfunctional this is.

2020 has been wild already. And all signs indicate that it’s only going to get a whole lot crazier.

← Biden Has Been Lying About His Record on Iraq for Years
Interview: The Embattled Catalan President →