Michael Brenner considers the latest round of disputes over the latest presidential elections in Afghanistan. 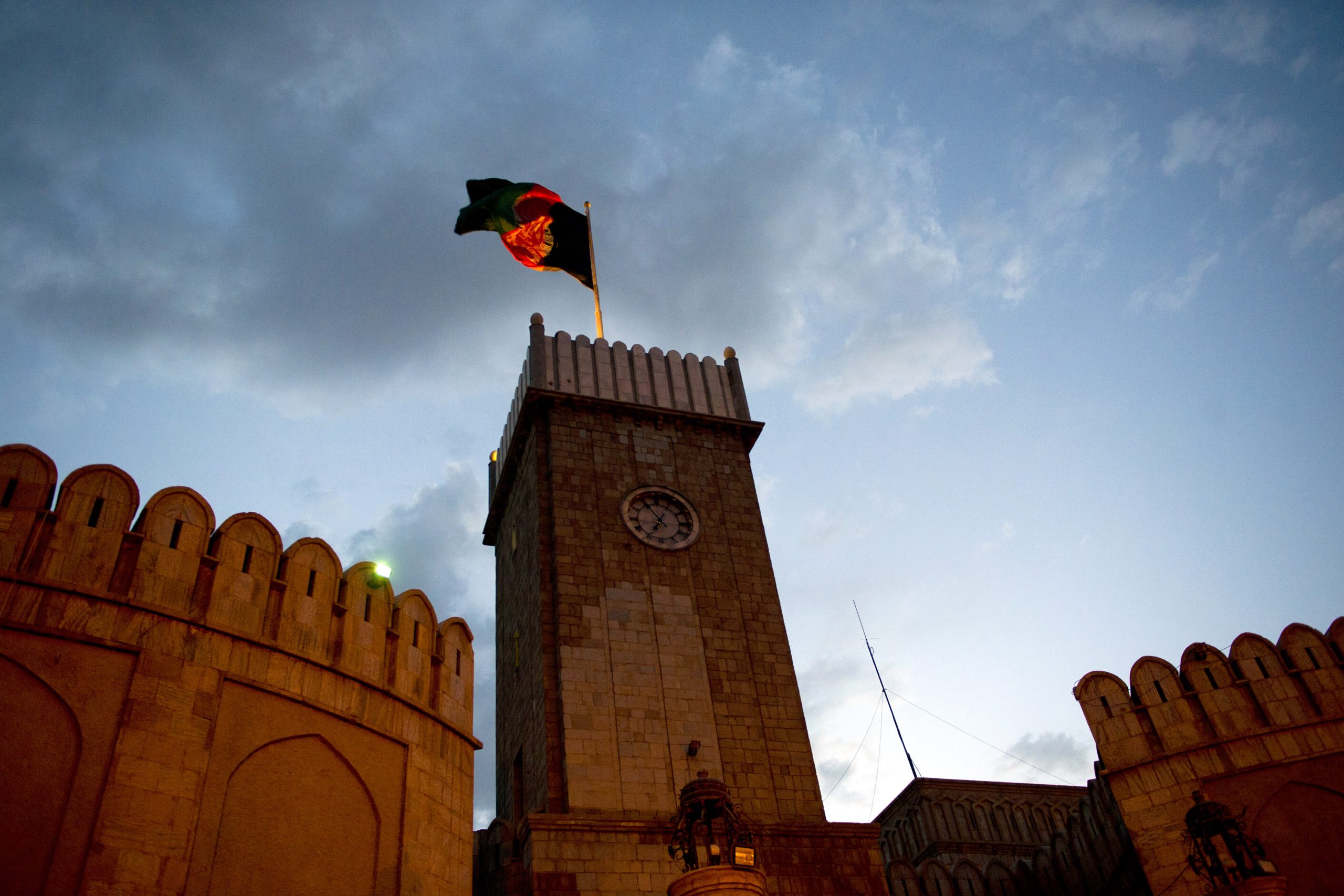 Entrance to the Arg, the presidential palace of Afghanistan, 2011. (Cherie Cullen, Wikimedia Commons)

The romance of ‘The Great Game” lingers.  Abandoned as a pointless draw a century ago, its power to evoke stirring images endures. The fabled lands of Central Asia long have been the stuff of dreams — Samarkand, Balkh, Hotan, Chitral, Ladakh, Timur, the Khans, the Khyber Rifles, mysterious Tibet concealed behind the Himalayas. Rudyard Kipling and Kim engraved it on our minds. Victoria’s British Raj in India versus the implacable expansion of the Tsar’s Imperial Russia. The ravishing uniforms and captivating native dress themselves are enough to send the imagination soaring.

So, it was inescapable that the American adventure into Afghanistan, accompanied by tentative forays elsewhere into the land of the double-humped dromedaries, should breathe new life into the notion. Our strategists, ever on the lookout for an idea that grabs attention without requiring too much deep thought, quickly latched onto “The Great Game,” i.e. “The NEW Great Game.” The only drawback is that a game assumes two players. We were one, surely, but who was the other? Iran, Russia and China figured among the usual suspects. However, Iran wasn’t up to it; the Kremlin had badly burned its fingers just a generation back, and the cunning Chinese had little yen for old-fashioned imperial adventure — spoil sports as they are.

It became the U.S. versus itself. Strategic onanism. Should we stay or leave? Stay how? Leave how? Weighing uncertainty “X” against uncertainty “Y.” Democracy vs stability? Warlords from column A vs warlords from column B — with fluid lateral movements between the columns. All that our masters in Washington knew was:  they didn’t want to be seen as losers; they didn’t want the Taliban to return to Kabul; they didn’t want American casualties; they were prepared to squander lots of money and to squander lots of Afghan lives. Formula for resolving this Rubik’s Cube? There was/is none. Just rely on the tried-and (politically)-true fabrication that we were making progress. Awesome.

Of course, reality does have its own existence — however strenuously Washington bigwigs try to keep it at bay. There is, indeed, a game going on in Afghanistan; one that began when the Soviets pulled out in 1988.

It’s an Afghan game, played by Afghans according to their own rules. The contestants fall into two overlapping categories: ethnic groups and/or warlords. The stakes are money (which the outside world provides), power and — above all — status. After all, the money flow may eventually dry up and power then derives from status as much as from any other source. Of course, there is opium — Afghanistan’s store of economic value and medium of exchange when dollars are scarce. But let’s not complicate things.

At present, the big news from Afghanistan is the presidential election — the disputed election, albeit every contest in Afghanistan is disputed. The West insists on elections, and all the rigamarole that goes along with them. After all, the premise when we took custody of the country was that we would help the locals build a modern nation, i.e. thriving market economy, and a political system grounded on popular sovereignty. Accordingly, the Afghans have endured a series of elections. Presidential elections are the big show — for that’s where the prize money is greatest. 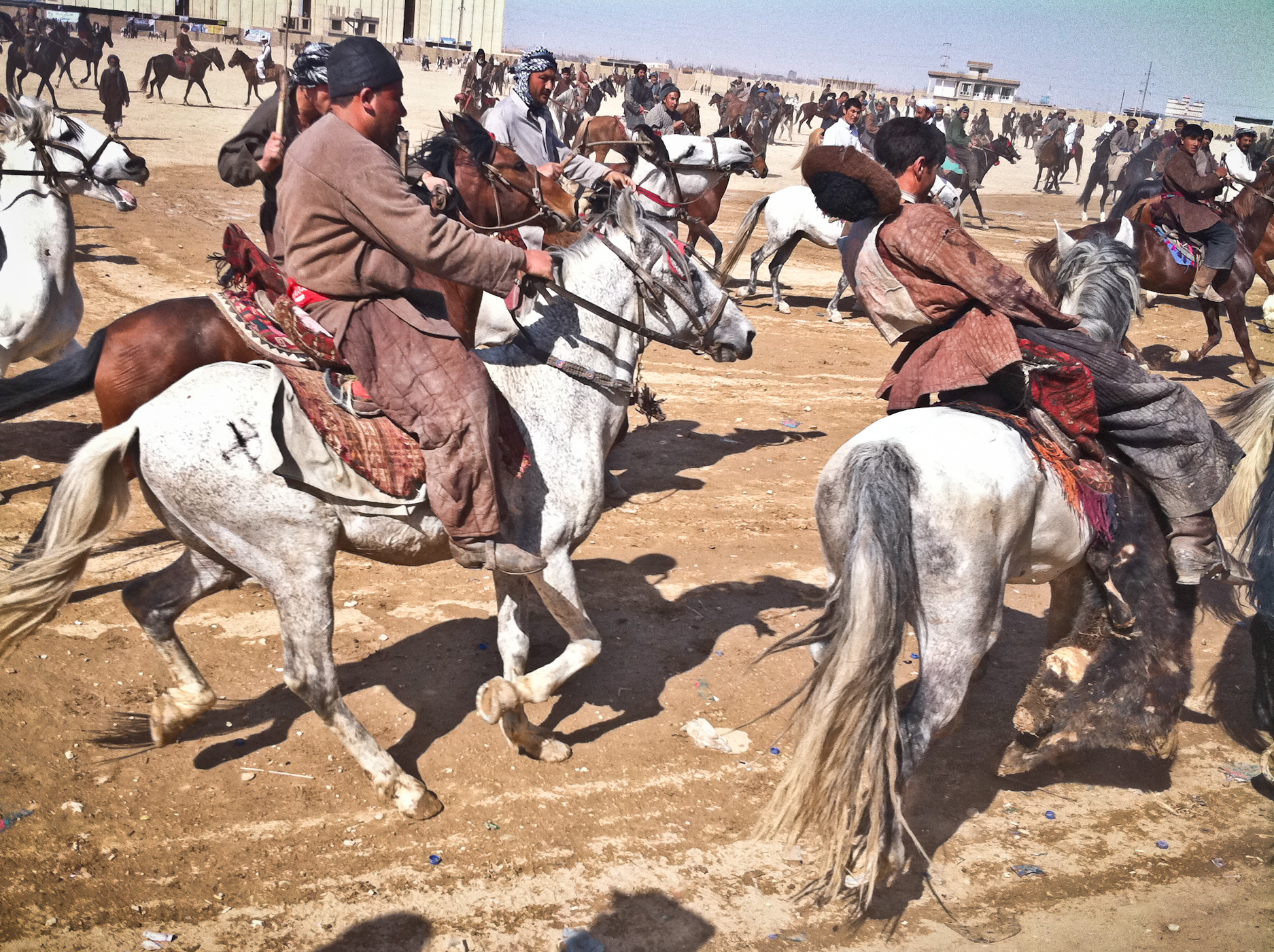 The ensuing competition resembles the national game of Buzkashi. The seal of office is thrown into the center of a dusty political field, the signal is then given for a horde of horsemen to ride recklessly in pursuit hoping to snare it and carry it off. Not much in the way of rules. The fray is not what the Marquis of Queensbury had in mind when he composed his principles of fair fighting. In the old days, the outcome was obvious to all spectators. The lamb was seized by one of the more audacious raiders, held secure and taken into the safe custody of his fellow tribesmen. That was it — for the time-being. (A ruder version of how the Democrats choose a presidential candidate).

Hard to Determine a Winner

The winner of an Afghan presidential election is not that simply determined. First of all, the eligible citizenry must be identified. Not so easy to do in a country where more than half the country is controlled by the Taliban & Assoc. who are boycotting the election, threatening whomever dares to go to the polling station, and bombing a few to smithereens. As a result, only a small fraction of the population actually voted. The electoral commission first reported the total number as 2.7 million. Soon it was recalibrated as 1.8 million. Nobody is sure what happened to the 900,000 who disappeared. Eligibility also is tricky. Most Afghans go by one name, names are easily confused since there are relatively few, and there is a deeply rooted practice of phantom voting. Finally, how are the ballots recorded and who does the counting? 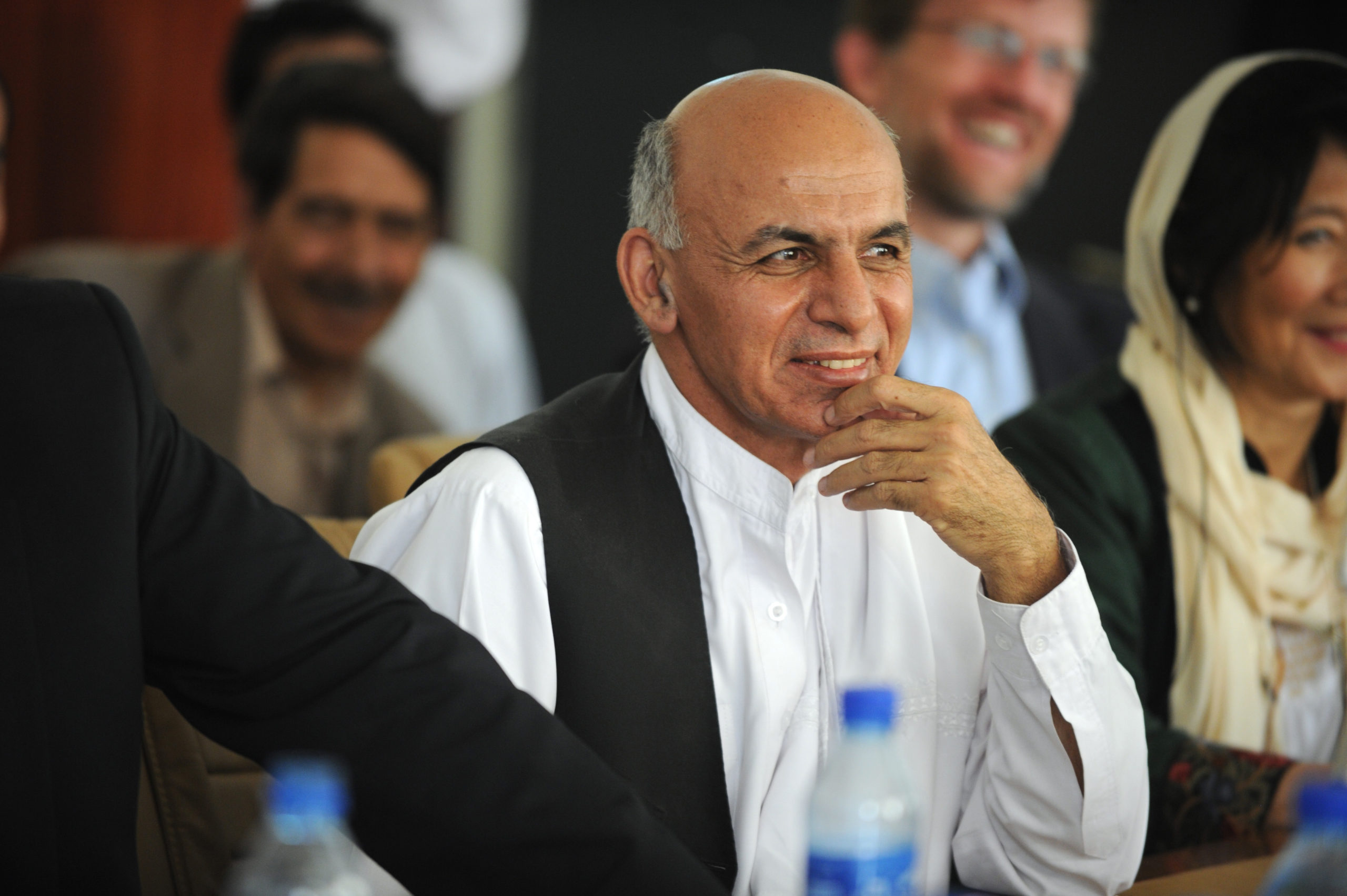 In past elections, corruption at all stages was endemic. Four commission members who oversaw the last presidential election in 2014 are now in jail for abuse of office.

This time around, high technology — including facial recognition and retina scans — were brought into play, along with electronic devices to tabulate votes. A heroic woman of impeccable virtue, Hawa Nuristani, was assigned the unenviable task of organizing and monitoring the vote as head of the Election Commission. These precautions notwithstanding, bitter accusations of cheating once again have broken out. It didn’t help the process’s credibility that the election was postponed from its constitutionally stipulated date by almost a year, or that it’s taken three months to announce the results. A couple of weeks back, the commission declared incumbent President Ashraf Ghani the winner at 50.64 percent of ballots cast with his long-time rival, the country’s chief executive, Dr. Abdullah Abdullah, recording 39.52. This was the final preliminary count.

As foreseen, all hell broke loose with Dr. A-A charging fraud. In order to understand the situation we have to take a few steps back. In 2001, when the U.S. overthrew the Taliban, the main opposition still fighting them was the Northern Alliance dominated by ethnic Tajiks and Uzbeks. The Taliban’s core support always has come from the country’s largest ethnic group —the Pashtuns. The former were first into Kabul when the regime fell. Washington, in its infinite wisdom, naturally leaned on them to fill many key defense and security posts in the interim regime. That remains the case to this day. Moreover, the few effective units in the Afghan National Army — the Special Forces and the autonomous militias trained/led by the CIA — have comparatively few Pashtuns. The CIA guys are notorious for their ruthlessness; it is they who most often are accused of massacres. The word “collateral” does not figure prominently in their vocabulary. If any of this comes as a surprise to you, thank the ace American reporters who have covered the scene from press rooms of Central Command and ISAF for the past 19 years. 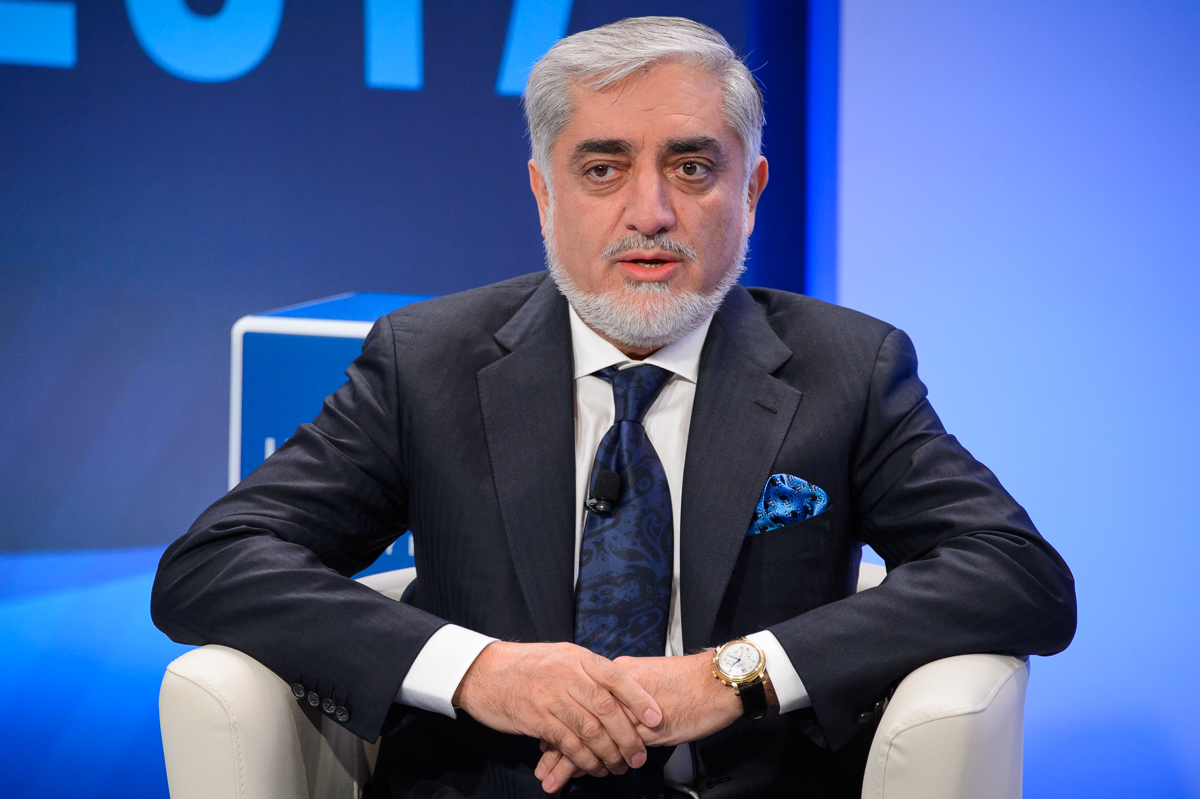 Abdullah-Abdullah (a trained ophthamologist, like Bashir Assad) was the spokesman for the Northern Alliance when the Americans arrived. (His actual name is simply Abdullah – but he was forced to repeat it so many times speaking on the phone to monolingual Western journalists – “Abdullah! Abdullah!’ – that he was renamed). When Hamid Karzai became president, Abdullah Abdullah became the main opposition leader — leaving aside a host of regional warlords. He ran against Karzai in the hotly disputed contest of 2009 with heavy financing and political backing from Washington. (The former offset by Karzai’s access to his family’s heroin money — his brother Walid, chairman of the Kandahar Provincial Council from 2005, being simultaneously a major drug cartel boss and an influential CIA ‘asset’)* .

The least one can say is that the election fell short of standards set in Vermont townships. Abdullah Abdullah tried his luck again in 2014. This time contesting Ashraf Ghani for the right to succeed what both called the corrupt, crony regime of Hamid Karzai. That election triggered a national crisis when both men claimed victory amidst (valid) charges of massive ballot-stuffing and fraud. Washington eventually stepped in to broker a deal whereby Ghani became president and Abdullah Abdullah given the consolation prize of a freshly created position; national chief executive. Over the past five years, they have barely co-existed with much bad blood. In this latest election, Washington steered clear of picking a favorite — in part because both men were reliable dependents, and in part because the U.S. doesn’t have the faintest clue what to do next as talks with the Taliban are stymied thanks to the master deal-maker in the White House.

4 comments for “The Not-So-Great ‘Great Game’”