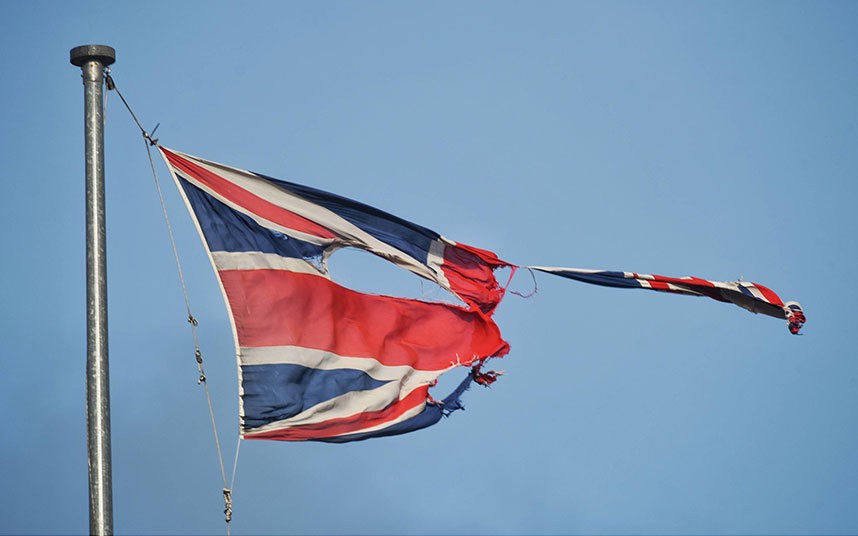 To grasp the real meaning of the Dec. 12 U.K. general election result is to understand the history of a state born in mercantilism and sustained by centuries of empire and colonialism.

Allow me to explain.

The United Kingdom of Great Britain and Northern Ireland, to give the U.K. its Sunday name, is the epitome of an artificial state. It was and remains the product of the grafting together of divergent cultures, histories and national identities. At inception, this grafting together was undertaken not in the interests of its peoples but in the interests of national elites eager to take advantage of the commercial opportunities of a unified polity with added manpower and resources in an age of empire.

The venality, greed and corruption of the Scottish ruling and political class in the late 17th- early 18th century delivered the Scottish people into the arms of the union with England without their support, establishing thereby the Kingdom of Great Britain. This was reflected in the social unrest and riots that ensued in Scottish towns and cities both during the negotiations that brought into being the 1707 Act of Union, and upon its passage.

For the ruling elites of both Scotland and England the union of both parliaments into one had demonstrable commercial and strategic benefits. The former had been left bankrupt after Scotland’s failed attempt at establishing its own overseas colony in Darien (modern day Panama in Central America) in the late 17th century. In order to forestall national immiseration the need to gain access to England’s overseas colonies was thereafter considered essential.

Meanwhile the English were eager to prevent the possibility of Scotland being used as a staging ground for an invasion from the north by the French in the context of the War of the Spanish Succession that raged between 1701 and 1714.

Wales, the third nation that makes up the U.K., had already been merged with England in 1536. Ireland on the other hand was a subjugated English (latterly British) colony, and was officially brought into the orbit of what would then be known as the United Kingdom of Great Britain and Ireland in 1801.

In 1922, after a prolonged national liberation struggle in Ireland, the 26 counties that make up today’s Republic of Ireland achieved dominion status before winning full independence in 1948, while the remaining six counties that make up the rest of the island of Ireland were partitioned to become what is now Northern Ireland: hence the United Kingdom of Great Britain and Northern Ireland of today.

This necessary historical detour out of the way, here is where things start to bear relevance to Brexit. 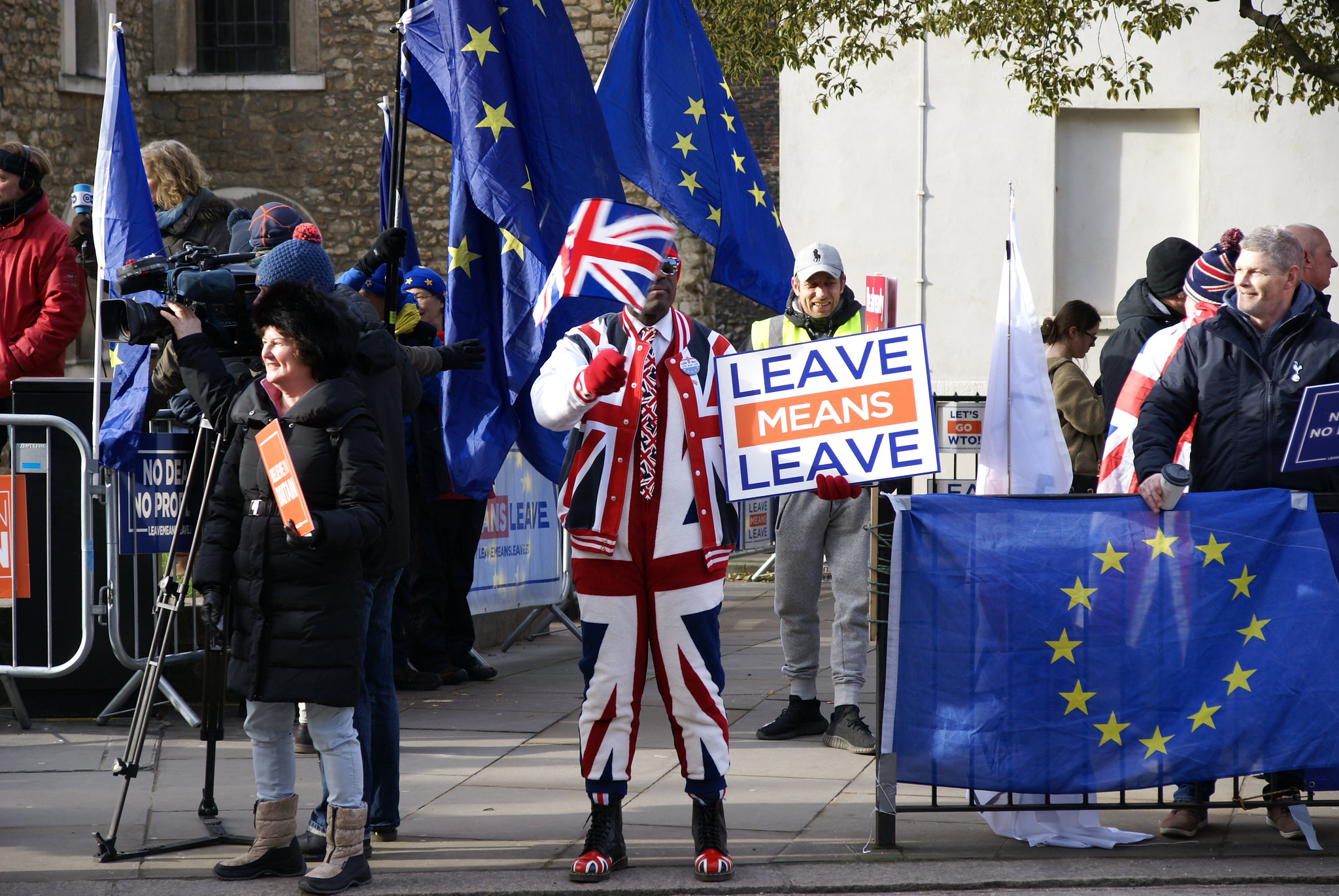 Leave supporter near the Houses of Parliament, London, Jan. 29, 2019.(ChiralJon/Fllickr)

An unintended consequence of the Industrial Revolution, one that allowed Britain to go on and establish an empire which, at its height, covered a quarter of the globe, was the forging of a united working class whose unity was able to transcend national, cultural and regional differences. This working-class unity mirrored the unity of the U.K.’s ruling elites around the various semi-feudal institutions that underpin the British state — namely the monarchy, House of Lords, and a network of private schools that have reared and churned out succeeding generations of the country’s ruling class.

British working-class unity, meanwhile, was the product of the country’s heavy industries — coal mining, steel, shipbuilding, etc. — and was expressed in common economic interests and struggles against a common enemy, the bosses and owners of those industries, in the context of the trade union movement. It also began to manifest politically with the formation of the Labour Party at the start of the 20th century.

In tandem, forged over time, was a British national identity that was nourished by the countless wars the state’s ruling elite unleashed and waged over the centuries of an empire that existed not to spread civilization and modernity to the “dark peoples” of the planet, as its proponents and apologists have always claimed, but as a juggernaut of exploitation, subjugation and oppression.

In those countless colonial wars working class men were used as cannon fodder in a dynamic that has continued to the present day.

Prime Minister Margaret Thatcher began the destruction of this material base of working-class unity across the U.K. in the 1980s. Her free-market revolution and its de-industrialization of the nation’s economy turned Britain into what it is today — a service economy underpinned by financialized capital.

Today, now, in consequence, the country’s trade union movement, which once wielded considerable economic and political clout, is but a shadow of its former self. The Labour Party, meanwhile, struggled even under Jeremy Corbyn’s leadership to make a full return to the party’s founding principles after Prime Minister Tony Blair and his centrist crew in the 1990s and on into the first decade of the noughties had gutted them in favor of an embrace with the City of London and big business. 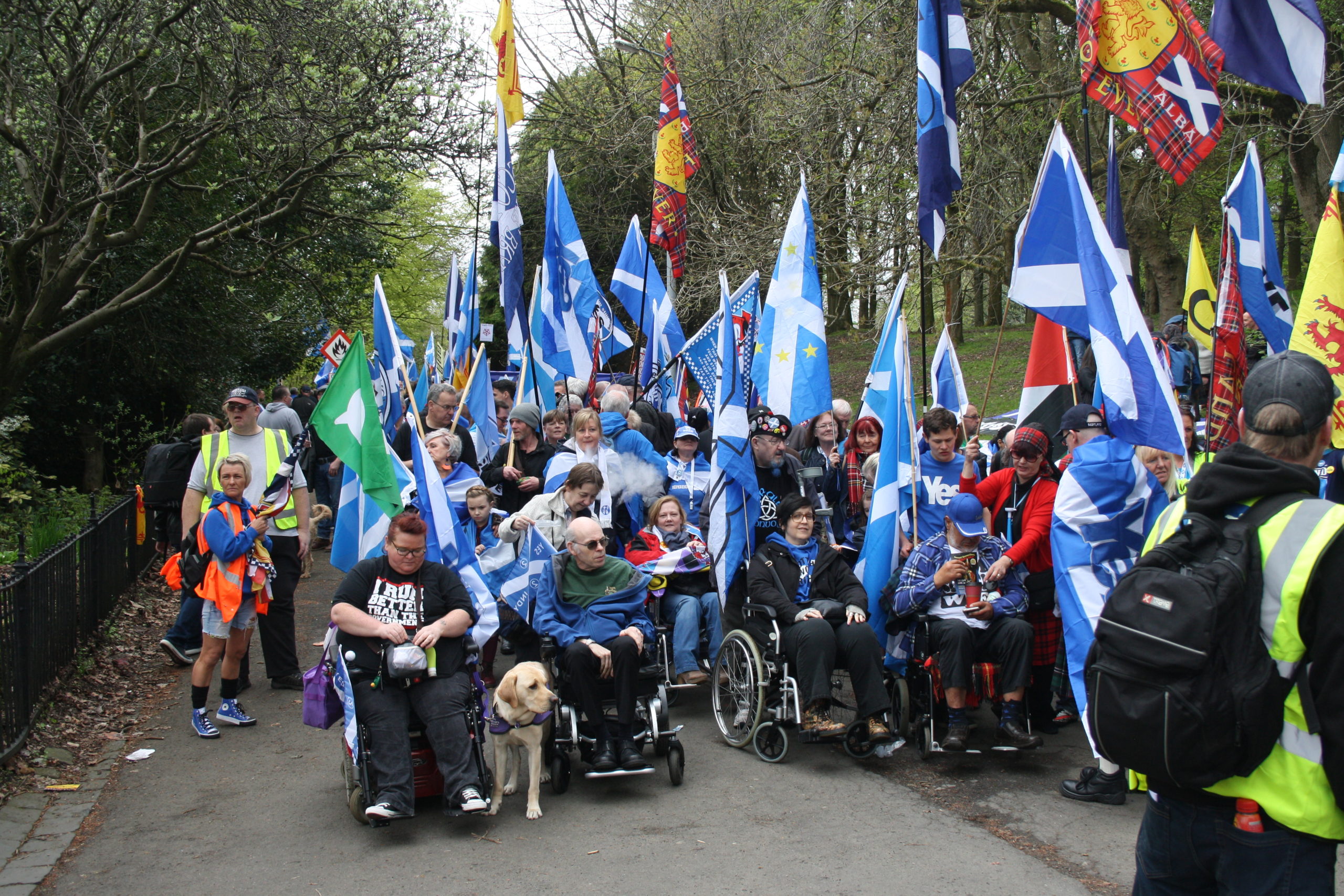 The remnants of this Blairite crew within Labour bear much responsibility for the party’s disastrous showing in the election, having acted as an anti-Corbyn fifth column, determined in alignment with the country’s Tory ruling media, political, and security establishment to prevent Corbyn entering Downing Street at all cost.

In so doing, they have only succeeded in ensuring that the breakup of the U.K. is now well-nigh inevitable, what with the SNP receiving a thumping mandate in Scotland and nationalism in the North of Ireland now a majority political current over unionism. In poetic irony, it was only Corbyn’s socialist program, offering economic and social transformation, massive investment in the de-industrialized Brexit regions of South Wales and the North and Midlands of England, as well as Scotland, that provided any hope of repairing the regional, national and cultural fault lines that correspond to the breakdown of the 2016 EU referendum vote.

The post-industrial North and Midlands of England, parts of the country virtually untouched by investment and left without hope after being decimated by Thatcher, voted overwhelmingly for Brexit in 2016 in a veritable scream from the bowels of austerity Britain. Every one of Scotland’s 32 local authorities, meanwhile, voted to Remain.

Both did so again in the 2019 general election, with Corbyn’s message of social and economic justice failing to penetrate the fog of emotion, rooted not in class but national and cultural identity, surrounding the Brexit-Remain divide.

The result of the election, which Corbyn fought in the teeth of an unprecedented assault by the British ruling establishment, confirms that what was once the United Kingdom is now the dis-United Kingdom, with those previously mentioned national and regional differences informing its peoples’ identities and worldview over the identity of class to an extent previously unseen.

The illusion that Brexit is actually relevant to the needs of those who’ve seen their lives devoured by the beast of neoliberalism and bludgeoned by austerity must soon give way to the unvarnished truth that the UK as we know it is past its sell-by date.

“A reactionary,” the great postwar Labour left icon Nye Bevan once said, “is a man walking backwards with his face to the future.” Surveying a political class presently engaged in ripping itself apart over Brexit, who could argue otherwise?

20 comments for “The Story of the UK General Election is not Brexit, it’s the Coming Breakup of Britain”