Those from the Shia community who have been protesting Hezbollah’s leader put the group into relatively unchartered territory, writes Giorgio Cafiero.

When uprisings shook the Middle East and North Africa in 2011, Lebanon — along with Algeria, Iraq, and Sudan — were mostly spared from the street activism that resulted in a few Arab leaders’ ousters that year. Yet 2019 will be remembered as a year in which the “Arab Spring” reached these four states, marking a continuation of the regional trend started in Tunisia roughly nine years ago. For Lebanon — not unlike these other Arab states — years of an oligarchic ruling class driving the country into the ground has taken its toll, highlighted by how many Lebanese are demanding revolutionary change.

Since Oct. 17, well over a million Lebanese citizens have taken to the streets to demonstrate against rampant corruption, austerity, high youth unemployment, and general state negligence. Compared to past protest movements in Lebanon, this uprising had some unique attributes. Unlike the “Cedar Revolution” in 2005 or the “You Stink” movement in 2015, this time around Lebanon’s citizens of all communal identities joined together. No single community in the country was ever leading or controlling this uprising, which has been hailed as truly pan-sectarian by observers.

The resignation of Prime Minister Saad Hariri on Oct. 28 marked a major victory for the protestors. Yet it remains to be seen what else the anti-government movement can achieve given that its objectives are much more ambitious than Hariri’s resignation alone. Like their Algerian, Iraqi and Sudanese counterparts, Lebanon’s protestors are calling for an overhaul of an entire system. What comes next is difficult to predict. Also uncertain is the extent to which the demonstrators themselves can agree on what changes are necessary for this “new Lebanon” to take shape. 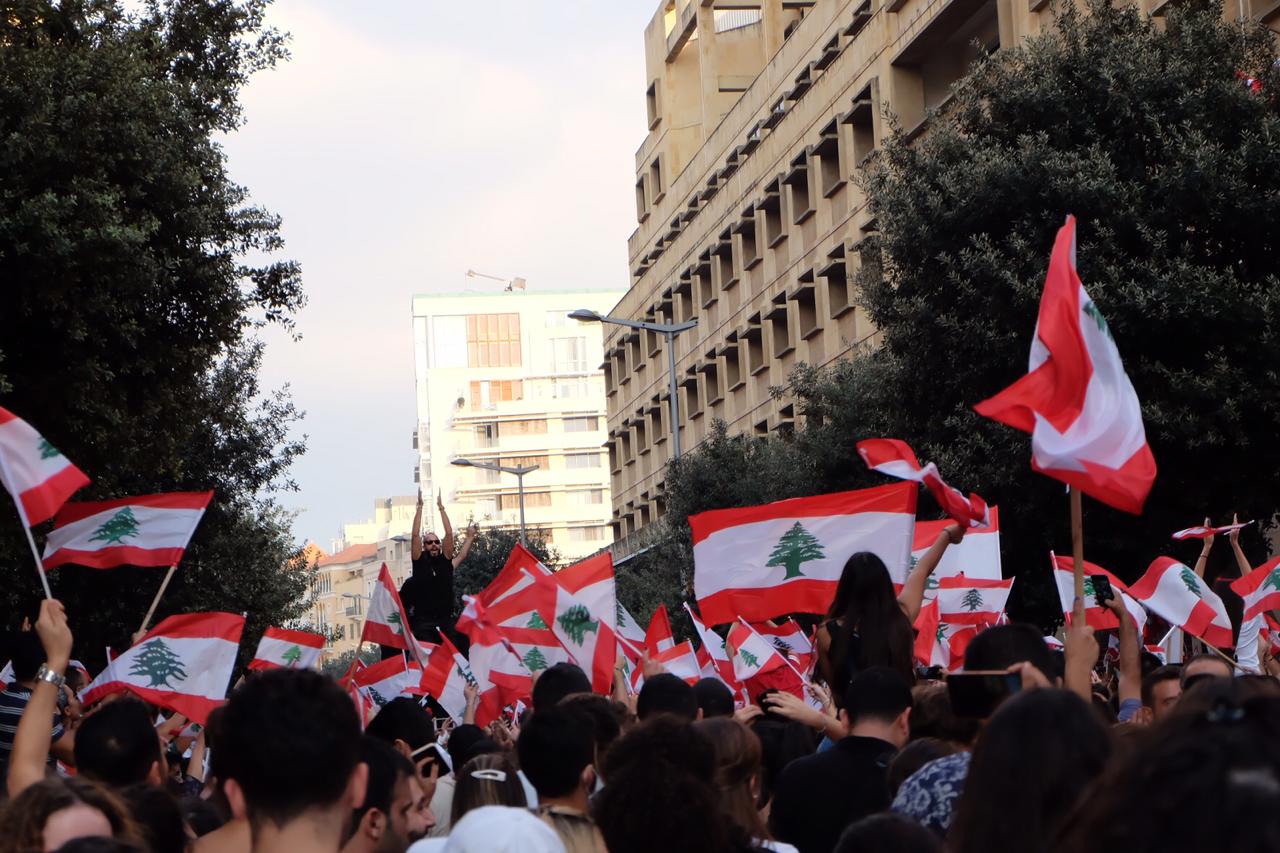 Hezbollah Pushed Against the Wall

Lebanon’s current situation constitutes a challenging dilemma for Hezbollah. Unsurprisingly the group has received blame as more citizens have grown angry at the national political system within which Hezbollah is a major political party. The slogan, “All of them means all of them,” has come from protestors calling out all of the leaders inside Lebanon’s confessional system of power-sharing while demanding fundamental reforms that would be revolutionary for the country.

When it comes to deterring Israeli aggression in the post-2006 period, many in Lebanon credit Hezbollah with doing well. But regarding issues of governance, Hezbollah has faced serious problems. Of course, we cannot understand such challenges by ignoring a regional and international context. Hezbollah’s costly intervention in Syria (at the request of Damascus) since the battle for al-Qusayr in April-June 2013 and Washington’s campaign of “maximum pressure,” which has targeted both Iran’s government as well as Hezbollah, have severely strained the Shia group financially. Such factors have drastically undermined Hezbollah’s capacity to serve its constituents in Lebanon. 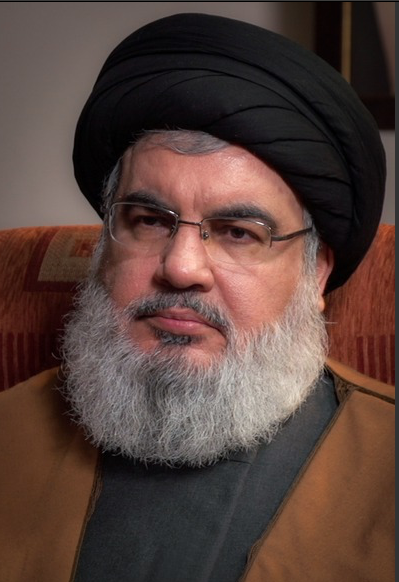 In the past, Lebanon’s Shia citizens have stood by their two main parties: Hezbollah and Amal. A fear of the unknown has done much to secure Hezbollah and Amal’s base of support. But what Lebanon is experiencing today is a new set of circumstances whereby the fears of an older generation are not present among the youth. No longer can Lebanon’s ruling politicians use cynical narratives and stoke fears of other communities in order to keep their constituents blindly supportive and satisfied with their governance records.

Those from the Shia community who have been protesting Hassan Nasrallah, the Hezbollah leader, since Oct. 17 put Hezbollah into relatively unchartered territory. As more Shia citizens express their frustrations with the status quo, there is a risk of tensions between Hezbollah’s leadership and Shia activists pushing for a new political order. Moreover, the risk of appearing “counter-revolutionary” is one that Hezbollah will need to address given that its legitimacy in Lebanon is heavily rooted in the group’s ability to win the hearts and minds of segments within the society.

Nasrallah delivered a televised speech on Oct. 25, praising those involved in the demonstrations with achieving “unprecedented” economic reforms albeit while implying that external actors had a hand in the protests. Nasrallah stated that a government resignation would push Lebanon into chaos that is “similar to what’s happening in the region.” He warned that “under the current monetary and economic situation and the fragile political climate and all the targeting that is happening internationally and regionally, void will lead to chaos, void will lead to destruction.” In a second televised address on Nov. 1, Nasrallah said:

Objectively, it is understandable why Hezbollah fears the outburst of chaos in Lebanon amid a power vacuum. The organization has become a bulwark of Lebanon’s system. Fundamental changes to the status quo are highly risky from the Shia group’s perspective. As Amal Saad, a political science professor at the Lebanese University, argued: “As a state-like actor, [Hezbollah’s] choices are governed by raison d’état. Faced between a kleptocracy that it’s familiar with, and a nebulous, leaderless movement which right wing Christian forces and other kleptocrats have joined forces with, it unhesitantly chose the former.”

3. As a state-like actor, it's choices are governed by raison d'etat. Faced between a kleptocracy that it's familiar with, and a nebulous, leaderless movement which right wing Christian forces and other kleptocrats have joined forces with, it unhesitantly chose the former

It makes sense that Hezbollah did not welcome Hariri’s resignation. Despite a history of being enemies, Hezbollah’s pragmatic relationship with Hariri enabled Lebanon to maintain good relations with Washington and other capitals even though the Shia group maintains a strong position in the Lebanese government. 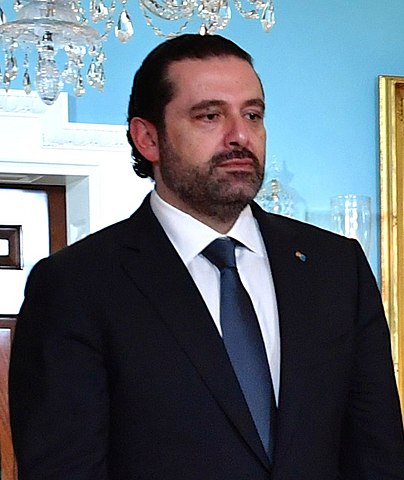 It is easy to see why Hezbollah sees itself besieged by powerful actors that have spent years seeking the group’s demise. It would also be naïve to ignore how regional and international states are attempting to take advantage of Lebanon’s current situation. For example, since the October protests began, Israel has asked the U.S. to condition aid to Lebanon on Hezbollah’s missile factory shutting down. So far, the U.S. has been withholding aid and, predictably, the Saudis and others in the Gulf, who join Washington in viewing Hezbollah as a terrorist organization, are sitting back while more than content to see the Iranian-backed group pushed into a corner.

Having said all the above, the threat to Hezbollah should not be overstated. Those who oppose Hezbollah may envision a future whereby the group disarms. Realistically this will not occur at any point in the near-term. Hezbollah, the most powerful force in the country, maintains a strong support base, as underscored by the 2018 parliamentary elections. And the Lebanese Armed Forces have never seemed up to the task of defending the country in Hezbollah’s place. Support from the Islamic Republic of Iran will continue as the group is Tehran’s most strategically-prized partner in the region. Additionally, Syrian President Bashar al-Assad’s side has nearly won the Syrian conflict, securing Hezbollah a continuation of a strong partnership with Damascus. Thus, it is difficult to see the party disappearing or becoming irrelevant in the foreseeable future.

In the past, Hezbollah has used a range of tactics — coercive and non-coercive — to achieve political goals. Today the group’s plans for addressing Lebanon’s current uprising will require new approaches to tackle an unprecedented political challenge. Ultimately, Hezbollah is pragmatic and fully aware of how violent confrontations can play into its enemies’ narratives so easily. That said, Nasrallah and those in his inner circle know that they have much to lose if the government which they have become a part of completely transforms, as the protestors demand. This uprising risks making Hezbollah appear more like a “counter-revolutionary” regime (or “state within a state”) rather than a resistance group.

Hezbollah realizes that it needs to find a way to bring about a new political system that caters to the demands of protestors while protecting the organization’s role within Lebanon’s domestic political system and security architecture.

Regardless of how the political situation in the small Mediterranean country unfolds, it is safe to bet that Hezbollah will take whatever actions that it believes are necessary to ride the current storm.