Trump just missed an opportunity to pull back troops without inducing another bloodbath.

In less than a week, a new front has opened in Syria’s 8-year, all-but-over war, featuring hot- and cold-running proxies from its earliest days. Syrian sovereignty is once again violated as casually as a schoolboy cuts across a neighbor’s lawn. The Assad government in Damascus now faces a new threat to its stability. Thousands of Islamic State jihadists may now escape captivity and reactivate their savage campaign to turn Syria, a secular state, into an Islamic autocracy.

All this was set in motion when President Donald Trump advised Recep Tayyip Erdogan, his Turkish counterpart and one of the Middle East’s most unprincipled despots, that U.S. troops would withdraw from positions in northeastern Syria in advance of a Turkish attack on Kurdish forces in the area. Trump spoke to Erdogan by telephone the Sunday before last. The Turkish incursion commenced three days later.

Whether or not Trump “green-lighted” Erdogan’s long-planned attack on Syrian Kurds got a lot of ink last week, but it is not an interesting question. Of course, he did. Here is the interesting question: Is the mess now unfolding along Syria’s border with Turkey precisely the outcome the national security state desired when Trump let the green light shine? Was the perfectly predictable chaos, destruction, and desperation enveloping the region somehow unforeseen? Or was it, from the perspective of Washington’s hawkish, coup-cultivating factions, the fundamental point of this latest travesty on Syrian soil?

By appearances, at least, Washington is now deeply divided on the new Syrian crisis. A firestorm of tweets burst into flame as soon as Trump’s decision to pull back troops hit the news last Monday morning. “If press reports are accurate, this is a disaster in the making,” Lindsey Graham, the South Carolina Republican, wrote in a series of tweets. “If this plan goes forward will introduce Senate resolution opposing and asking for reversal of this decision. Expect it will receive strong bipartisan support.”

I am pleased to have reached a bipartisan agreement with Senator @ChrisVanHollen on severe sanctions against Turkey for their invasion of Syria.

While the Administration refuses to act against Turkey, I expect strong bipartisan support. pic.twitter.com/Ph5fIVt7k3

Graham got his bipartisan support swiftly and in spades. By the end of the day House Speaker Nancy Pelosi and a bevy of other Capitol Hill Democrats lined up behind Graham, Senate Majority Leader Mitch McConnell and other Republican heavyweights. On Wednesday, Graham and Chris van Hollen, the Maryland Democrat, introduced a bill in the Senate to impose sanctions against Erdogan and the Turkish military.

The running theme among Trump’s critics is that he has betrayed the Syrian Kurds, who have fought loyally and effectively against the Islamic State for years. Graham called this “a stain on America’s honor” and warned in Twitter-speak that Trump’s decision “ensures ISIS comeback.” This is one side of the story in Washington.

That U.S. Air Base in Turkey

The Pentagon, the national security apparatus, and the intelligence agencies have valued Turkey as a sometimes difficult but always essential ally since the Cold War decades. The air base at Incirlik, which the U.S. military built in the 1950s, now hosts roughly 5,000 Air Force personnel and stores its tactical nuclear weapons. Beginning in mid–2015, U.S. planes used Incirlik to fly sorties over Syria. This is the other side of the Washington story.

What happened last week is easier to understand against this background. While press reports suggest Trump acted spontaneously and alone when he telephoned Erdogan, it is highly improbable, if not beyond imagining, that Trump made his decision to green-light Erdogan in isolation. It is far more likely, if it is not certain, that the defense and national security establishments had made a choice by the time Trump picked up the telephone the Sunday evening before last: Long term, Turkey will prove a far more effective check on the government of President Bashar al–Assad, the Iranians and ultimately the Russians than Kurdish militias could ever be. Better to betray the Kurds (for the eighth time in nearly a century) than risk another kerfuffle with the erratic and irascible Erdogan. 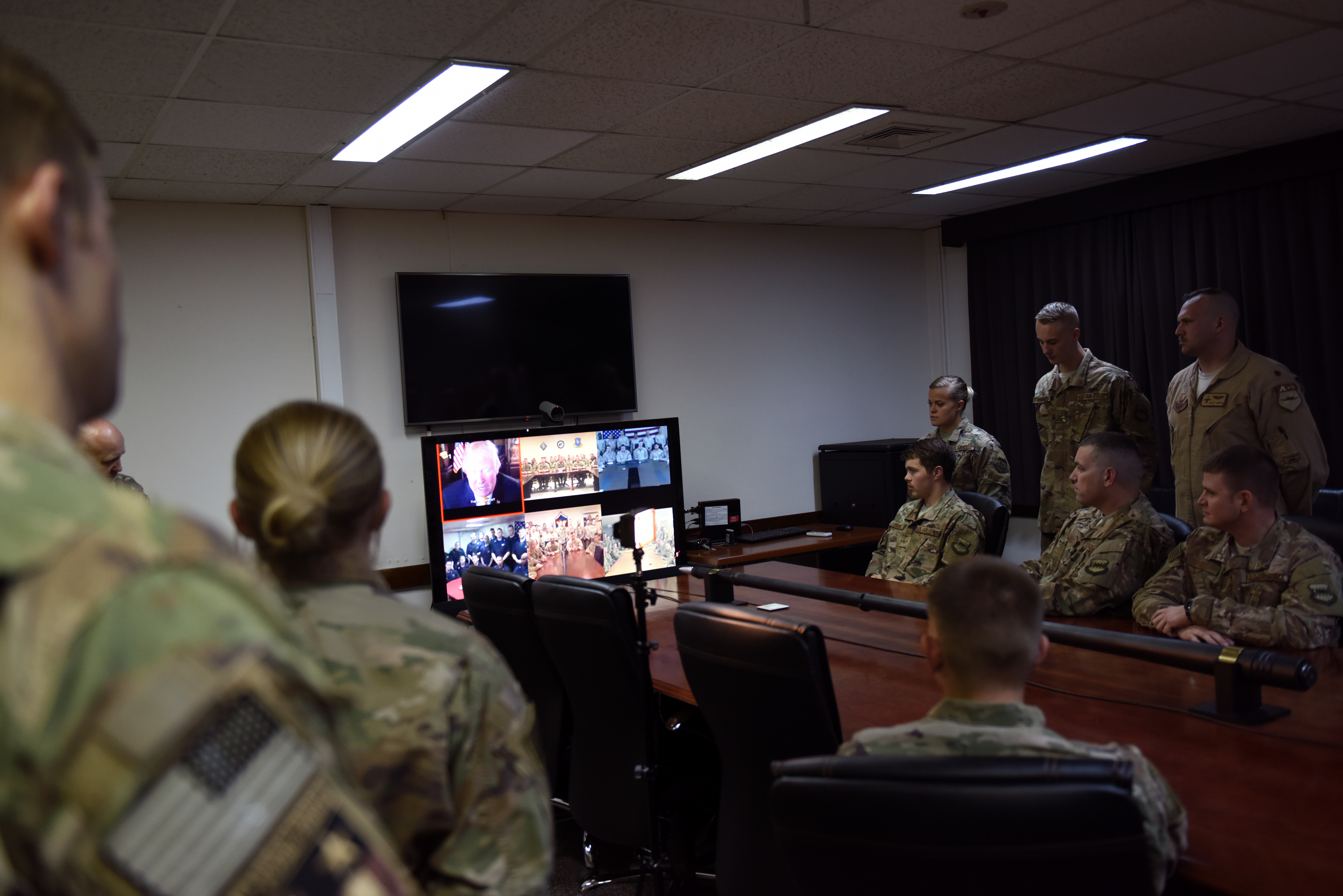 It is not difficult to reckon which faction in Washington’s foreign-policy cliques will prevail in this apparent standoff. Striking noble poses is nothing new among the grandstanders who populate Capitol Hill. Let us not forget these are the same people who have long supported an extensive covert action program against the Assad government. When, in any case, was the last time the U.S. did anything anywhere on Earth in the name of principle? (Did someone actually say “America’s honor?”)

There is something decidedly upside down at the core of the past week’s events. Trump has been right since his campaigning days to demand an end to America’s wars of adventure and the withdrawal of U.S. troops from places they have no business deploying. He was right to announce the withdrawal of troops from Syria late last year — an executive order swiftly stonewalled. Now he is right to order the withdrawal of troops from northeastern Syria. Until Washington learns to act in the name of global peace and order instead of imperial hegemony, rarely will it be wrong to propose bringing American troops home.

But in acting on his frequently stated conviction two Sundays ago, Trump is effectively serving the very interests he set out to counter when he campaigned for the presidency. These interests have tenaciously sought to destabilize Syria and depose the Assad government since early 2012 at the very latest. In net terms, Trump has just given these efforts a boost it is difficult to believe he intended.

Erdogan’s pernicious involvement in the Syrian conflict dates to its beginning in 2011. By 2013, Turkey was a vital conduit for arms and chemical-weapons shipments to jihadists active in Syria. By 2015 there was plentiful evidence that Turkey was a conduit in the other direction — this time for shipments of oil the Islamic State had pumped from captured Syrian wells. A year later, Erdogan sent troops into northern Syria in pursuit of Kurdish YPG militias, which he terms terrorists even as they have proven the most effective force in northern Syria against the Islamic State.

Erdogan is now newly empowered. Press reports over the weekend indicate that the “Syrian fighters” accompanying Turkish troops are the same murderous jihadists the State Department and the media have infamously labeled “moderate rebels” for the past eight years. Whose interests are served by this recrudescence of savagery? Why is the American press again obscuring the true identity of these ghastly fundamentalists?

Along with Britain, France and several Middle Eastern nations, the U.S. actively armed, trained, financed and equipped these same jihadists from the first months of the Syrian conflict. Washington has also been complicit, in many cases directly and actively, in enabling the Islamic State  since it crossed into Syria from Iraq in 2014. For the disbelieving and the naïve, this was no more than a rerun of the strategy that former National Security Advisor Zbigniew Brzezinski persuaded President Jimmy Carter to adopt in Afghanistan in 1979: Arm the jihadists and ignore their radical ideology. 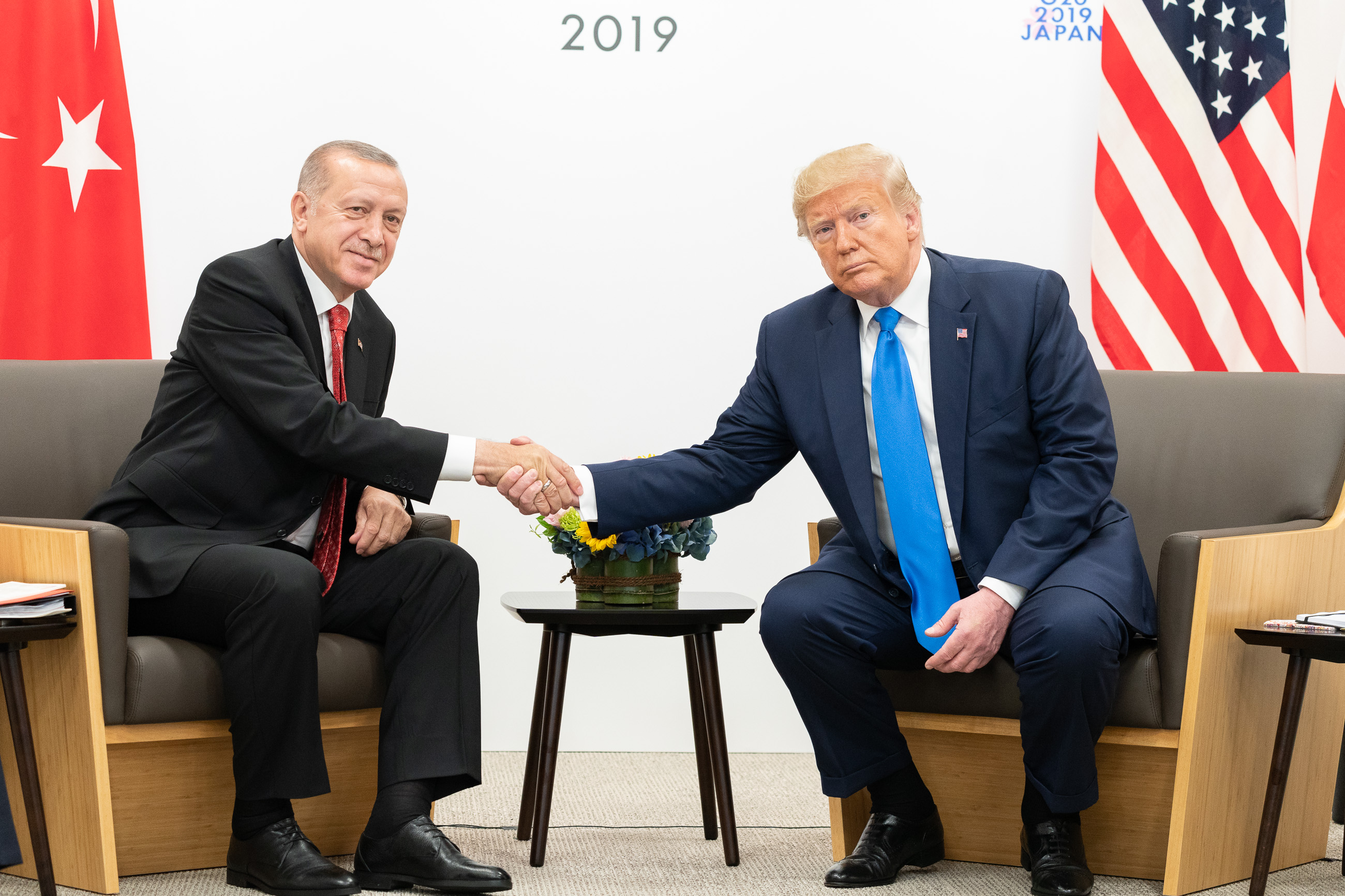 There is no indication covert American efforts to topple the Assad government by arming jihadist militias have ceased. Are we now reading the latest chapter in the story of these efforts?

Trump has a few good ideas on the foreign-policy side, but he is a dreadful statesman. He could have navigated this latest attempt to take a small step back from imperial dominion while averting the contradictions just outlined. The key here is the principle of territorial integrity. Russian President Vladimir Putin invoked it over the weekend. So did France and Germany, which just suspended arms shipments to Turkey. So did the Arab League, in an excellently worded statement issued Saturday.

Washington honors the sovereignty of other nations only when it serves U.S. interests. The corporate press never mentions this principle when reporting on illegal U.S. incursions into nations such as Syria. Trump just missed an opportunity to pull back troops without inducing what shapes up as another bloodbath. When Treasury Secretary Mnuchin threatened Friday to impose sanctions against Turkey, it was intended primarily to forestall Graham’s bill in the Senate — penny-ante politics. Erdogan’s new Syria campaign was in its third day by then — a stark fact on the ground.

As to the Syrian Kurds, they committed Sunday to ally with the Syrian Arab Army against the Turkish incursion. It is where their best interests have lain all along. The SAA will now enter northeastern Syria for the first time in five years. And the Kurds will no longer collaborate with the Americans to keep Damascus from reuniting the nation. This is a positive outcome.

27 comments for “PATRICK LAWRENCE: The Predictable Mess on Syria’s Border with Turkey”