This is just one more item on the ever-growing mountain of evidence that these giant, influential social media platforms function as state propaganda, writes Caitlin Johnstone.

Middle East Eye‘s Ian Cobain has published an exclusive titled “Twitter executive for Middle East is British Army ‘psyops’ soldier,” exposing Twitter’s senior editorial executive for Europe, the Middle East and Africa as someone who also works for an actual, literal propaganda unit in the British military called the 77th Brigade. Which is mighty interesting, considering the fact that Twitter constantly suspends accounts from non-empire-aligned nations based on the allegation that they are engaging in propaganda.

“The senior Twitter executive with editorial responsibility for the Middle East is also a part-time officer in the British Army’s psychological warfare unit,” Cobain writes. “Gordon MacMillan, who joined the social media company’s UK office six years ago, has for several years also served with the 77th Brigade, a unit formed in 2015 in order to develop ‘non-lethal’ ways of waging war. The 77th Brigade uses social media platforms such as Twitter, Instagram and Facebook, as well as podcasts, data analysis and audience research to wage what the head of the UK military, General Nick Carter, describes as ‘information warfare’.”

MacMillan’s presence in a government psyops unit was not a secret; until Middle East Eye began raising questions on the matter, it was right there on his LinkedIn profile. This is not something that anyone considering him for promotion was likely to have been unaware of. According to his (now-edited) LinkedIn page, MacMillan has been in his current position as head of editorial EMEA since July 2016. According to Middle East Eye, MacMillan was already a captain in the 77th Brigade by the end of 2016. His current rank there is being hidden behind a wall of government secrecy.

When questioned by Middle East Eye about MacMillan’s work in the British Army’s online propaganda program, Twitter hilariously responded, “Twitter is an open, neutral and rigorously independent platform. We actively encourage all our employees to pursue external interests in line with our commitment to healthy corporate social responsibility, and we will continue to do so.” 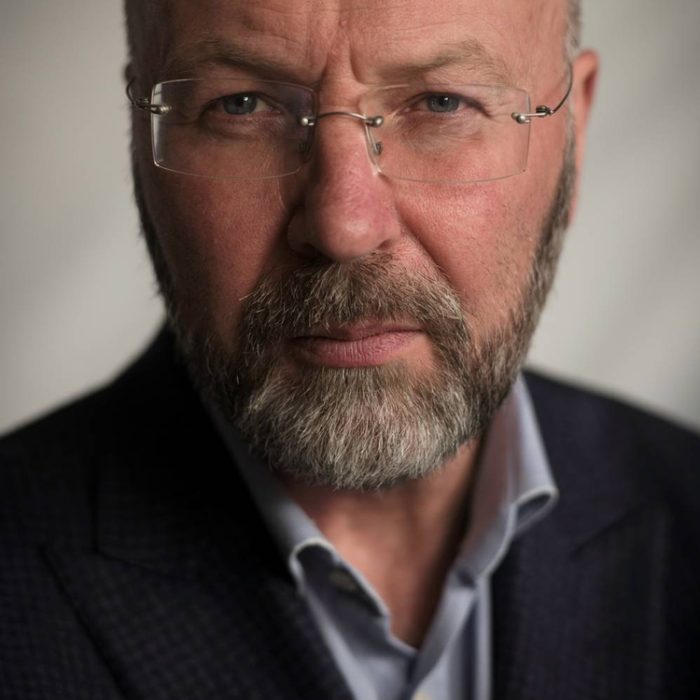 That’s very nice of Twitter, isn’t it? They encourage their employees to pursue wholesome external interests, whether that be tennis, volunteering at a soup kitchen or moonlighting at a military program explicitly devoted to online psychological warfare. You know, just everyday socially responsible pastime stuff.

The fact that Twitter not only employs known propagandists but actively promotes them to executive positions is a very large and inconvenient plot hole in their “open, neutral and rigorously independent platform” story. Especially since, as I documented recently, the mass purges of foreign Twitter accounts we’ve been seeing more and more of lately always exclusively target governments and groups which are not in alignment with the interests of the U.S.-centralized power alliance of which the U.K. is a part. We’ve seen mass suspensions of accounts from Cuba, China, Russia, Iran, Venezuela and the Catalan independence movement on allegations of “coordinated influence operations” and “covert, manipulative behaviors.” And yet, Twitter currently employs a high-level executive for whom coordinated influence operations and covert, manipulative behaviors on behalf of the British government are a known vocation.

“On September 20 Twitter deleted a large number of accounts, including in MacMillan’s area of responsibility. How many of those were designated by the British state?” asks Moon of Alabama of this new report.

Have You Noticed How Social Media Purges Always Align With The US Empire?

"There is no legitimate reason to go on pretending that these plutocratic Silicon Valley institutions are meaningfully separate from the US government."https://t.co/Jdsj1JMWPB

This is just one more item on the ever-growing mountain of evidence that these giant, immensely influential social media platforms we’ve all been herded into are nothing other than state propaganda for the digital age. True, they operate in a way which disregards the official lines that are drawn between government power and corporate power and the lines that are drawn between nations, but then, so do our rulers. We are living in a globe-spanning corporate oligarchic empire, and these government-aligned Silicon Valley giants are a major part of that empire’s propaganda engine.

The real power of that empire and that oligarchy lies in their invisibile and unacknowledged nature. Officially we all live in separate, sovereign nations run by democratically elected officials; unofficially we live in a massive transnational empire ruled by a loose alliance of plutocrats and opaque government agencies where military propagandists are employed by social media monopolies to manipulate public narratives. The official mask exists only on the level of narrative, while the unofficial reality is what’s actually happening. Yet whenever you try to publicly discuss the threat that is being posed by oligarchic narrative control online, you get told by establishment loyalists and libertarians that Twitter is just a simple private business running things in a way that is entirely separate from government censorship and state propaganda.

All we clear-eyed rebels can do is keep documenting the evidence of what’s going on and pointing to it as loudly as we can. So once again for the people in the back: Twitter employs literal government propagandists as high-level executives while purging accounts from unabsorbed governments for circulating unauthorized narratives. This is a fact. Remember it.