Thomas Haines, in this excerpt from his new book, recalls how advice from a civil liberties lawyer saved him from entrapment during the Cold War.

As a student at the City College of New York in the 1950s, I worked as a live-in babysitter with the family of Jay Gorney, a popular songwriter. He and many of his film industry colleagues had been forced to leave Hollywood for New York when Ronald Reagan named names of “Communists” to the FBI. He had then been fired from a contract at CBS-TV for refusing to answer questions before the House Un-American Activities Committee. While I lived with the Gorneys, we knew that the FBI would pick through any papers we threw in the trash. Taking precautions was part of our normal routine. We weren’t surprised to hear clicks on the phone because the FBI was tapping everyone’s phones. In those days, they weren’t surreptitious. 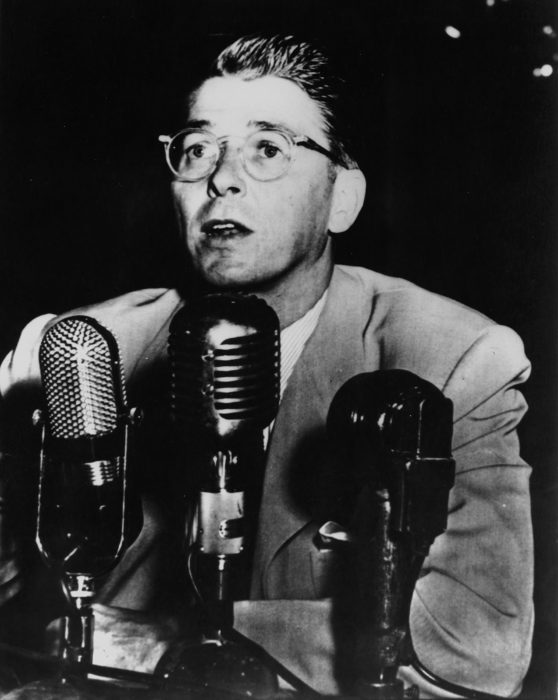 Almost 20 years later, in the summer of 1970, my wife Adrienne and I visited the Soviet Union. She was a successful artist; her Russian-born mother, working with the Soviet embassy in Washington, had helped arrange a show for her at the Pushkin Museum in Moscow. When we got to Moscow, we found that the curator of the Pushkin knew nothing about any show, which never happened, for reasons I never understood. But I had the opportunity to meet some of my Russian scientific colleagues.

Next, Adrienne and I went for a six-month sabbatical at The University of California Berkeley.

In April 1971, shortly after we returned to New York from Berkeley, I received an 8:00 a.m. phone call from an FBI agent.

“Dr. Haines?” he began, “I need you to meet with me at our office on Third Avenue.”

“You’ll see when you get here.”

“I don’t understand.” I said. “You can’t tell me what it is and I’ll find out when I get there? Why is that? I’m very busy and I’m not going to come in unless I know what it’s about.” The agent got very pushy, insisting that I meet with him.

“Look, if I come meet with you, are we going to be alone?”

“There’s two of you and one of me, and I’m not comfortable with that. Give me twenty-four hours to think about it.”

As soon as I hung up, I called an attorney friend who specialized in civil liberties cases. He explained to me that the two FBI agents were lawyers, and that I needed to be careful not to let them get me in a position where they could accuse me of perjury, because then they’d have the leverage to force me to work for them as a spy.

“It happens all the time,” the lawyer said. “You need to bring a witness. Say that you would like your lawyer to be present, and they’ll refuse. When you ask why, they’ll say, ‘There’s no reason for you to have a lawyer. Surely, you’re not protecting yourself against the U.S. government.’”

I asked if the witness had to be a lawyer, or could it be a professor in my department? He said a colleague was fine, and added, “They won’t meet with you, because they don’t want a witness.” Neil McKelvey was a close friend on the chemistry faculty at CCNY and a brilliant chess player known to play simultaneous chess with 14 students at once. He agreed to be my witness.

The next morning at 8:00, the FBI agent called, and our conversation unfolded exactly as the lawyer had predicted. We went round and round for a while. When I asked to bring a witness, the agent demanded, “Why do you need a witness, just to talk to the FBI?” I said, “I guess I read TheNew York Times.”

He immediately hung up, and that was that. There wasn’t going to be any meeting with the FBI. I forgot all about it until later that year I received a call from someone in the State Department who wanted to know how it came about that Adrienne had been offered a show at the Pushkin Museum. I gave him the name of the man at the Soviet embassy who had originally contacted us in 1969. Only then did it dawn on me that the FBI’s phone call was connected with Adrienne’s proposed show.

I shouldn’t have been surprised that the FBI called. I had been politically active ever since living with the Gorneys. I had even been on Nixon’s “Enemies List.” But my mother-in-law’s Russian connection and our trip to the Soviet Union were the catalyst. It turned out that for two years, beginning June 3, 1969, and ending April 22, 1971, the FBI had been building a file on me. 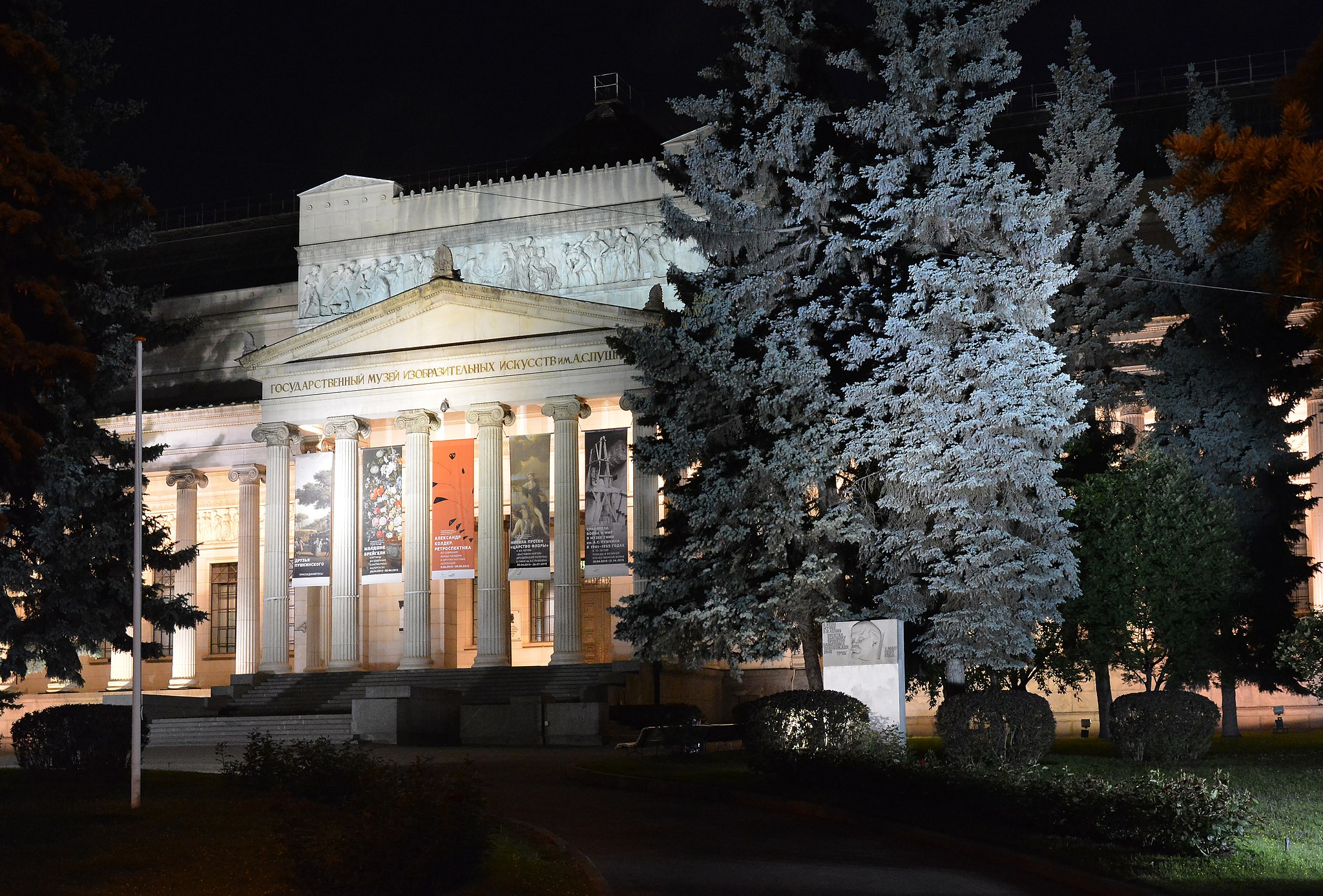 I found out in 1975, through a coincidence. At a dinner after a funeral — I can’t recall whose — I was astonished to find myself sitting next to Alger Hiss, who had been accused of spying for the Soviets.

Hiss’s highly publicized trial set off Sen. Joe McCarthy’s anti-Communist reign of terror, and helped put Richard Nixon on the map. Though not indicted for espionage, Hiss was found guilty of perjury and sentenced to five years in prison, and was released a year early, in 1954. Disbarred from practicing law and unable to find other employment, Hiss worked as a salesman for the stationery company S. Novick in New York City. It was awful to think of him going door-to-door selling pencils. When I met him, he was still working to prove his innocence. He seemed beaten down.

We started talking, and I told him I’d had a bizarre experience with the FBI. “What was that?” he asked. I told him about the FBI’s phone calls, our trip to Moscow, and Adrienne’s proposed exhibition at the Pushkin that never materialized. “The FBI must have a file on you or they wouldn’t have called you like that. They must have wanted to get you to spy on Soviet scientists,” he said, confirming my lawyer’s warning. Hiss advised me to request my FBI file through the Freedom of Information Act. 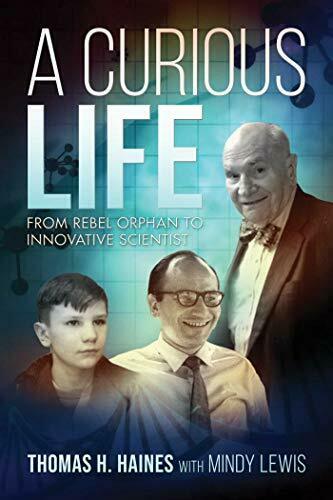 Finally, on Dec. 19, 1977, two years after my first request, I received a 48 -page packet. It contained information about my employment, education, marriage, and other aspects of my life, as well as biographical details on Adrienne and her mother. Many lines and some complete pages were blacked out. The file also brimmed with ludicrous misinformation: wrong addresses, misspelled names (including my own), and — before my daughter Avril was born — it listed me as having three children: “Larry and Bobby” (Adrienne’s first cousin and his wife), and “Luco” — the nickname of our poodle, Leukocyte.

Obviously, the FBI had spotted these names while illegally reading our mail, and had assumed they referred to children. Earlier in 1977, a New York Times article had reported that the ACLU won a suit against the U.S, government for illegally opening “at least 215,000 pieces of mail” from 1953-1973. The people being spied upon were academics like myself who had had incidental contact with the Soviet Union.

The file was horrifying as well as hilarious. I gasped when I read the following: “Information from Bureau informant 200, a most sensitive and reliable source, has revealed that Adrienne Haines is to receive a special invitation from the Friendship Society of the Institute of Soviet-American Relations, Moscow, USSR … in connection with an exhibition of her paintings at the White Hall (Pushkin Arts) Museum.” The page below, dated June 3, 1969, included a hand-written note in the upper right possibly referring to informant 200, and apparently indicating that release of the document had been cleared by the CIA on 10-4-77. Who on earth could be this “informant 200, a most sensitive and reliable source”? How very creepy that someone Adrienne and I knew was providing information about us to the FBI.

Each memo in my file was marked “TO: Director.” The Director, of course, was J. Edgar Hoover, who led the FBI from 1924 until his death in May 1972. Hoover was a master at spying on leaders like Martin Luther King Jr. and then blackmailing them. He especially pursued gays, even though he himself was probably a closeted homosexual. In my opinion, he was absolutely evil.

Even while the FBI pretends to protect us from crime, its entrapment tactics put it on a level with the Mafia. “Lying to the FBI” can bring down the innocent, the guilty, and the highflying. Media mogul Martha Stewart went to jail in 2005, not for selling a failing stock on her broker’s advice, but for allegedly lying to the FBI about it. George Papadopoulos, a former foreign policy adviser for candidate Donald Trump, cooperated in the investigation of allegedRussian involvement in the campaign under threat of prosecution for “lying to the FBI.” I can never forget what they did to Alger Hiss. What a lucky escape I’d had. By insisting on bringing a witness, I had avoided being interviewed.

My FBI file ended with a two-page summary of FBI conversations with me in April 1971, concluding, “In views of HAINES’ intimidating statement about ‘The New York Times’ account of Bureau activities and his potential for causing embarrassment to the Bureau, it is not deemed advisable to further contact HAINES and this case is being closed.”

12 comments for “My Brush with the FBI”