Numerous Middle East conflicts that undermine U.S. and Israeli propaganda are getting ignored by Western media even as they tear the region apart, writes As’ad AbuKhalil.

Western media has for many years created the impression that the Arab conflict with Iran dominates the region and dwarfs all other conflicts. But this paradigm is largely a polemical propaganda ploy intended to minimize or obscure the Arab-Israeli conflict and others that pose challenges to the U.S. and Israel.

In order to pretend that the Arab-Israeli conflict is not a core issue for the Arab people, Western governments and media refer to Arab Gulf despots who enjoy good relations with Israel as “Arab leaders.” Sometimes Western media treat one of them, Muhammad bin Salman, the crown prince of Saudi Arabia, (MbS) as though he is the elected and undisputed leader of the Arab world, or that he is another Gamal Abdul-Nasser, the immensely popular late ruler of Egypt. This portrayal could not be further from the truth.

MbS is detested by most Arabs and the Arab people still (in every country of the region) express strong opposition to any normalization with Israel.  The U.S. and Israel have made tremendous efforts and spent billions to persuade the Egyptian people of the efficacy of normalization, but dealing with Israel at any level is still rejected by all professional associations and youth groups in Egypt.  The U.S. was able to impose a peace treaty on the tyrants of Egypt but it has not been able to mold or change Egyptian or Arab public opinion. 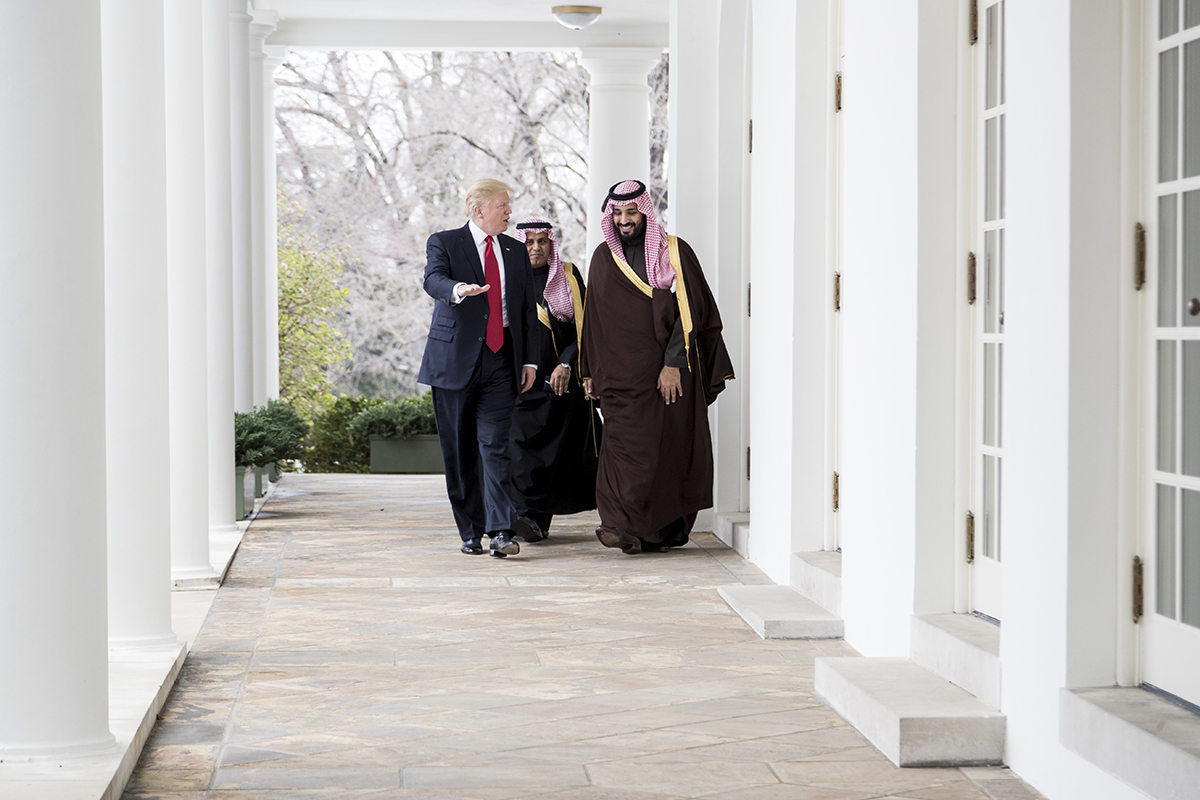 Judging from Arab social media (which remain freer than the mainstream press that is largely dominated either by the ruling regimes or by the Saudi or the Qatari regime), the Palestinian cause remains deeply important to Arabs — young and old. Pictures, slogans and videos about Palestine are circulated daily, and news of Israeli murders of Palestinians — while largely ignored in the Western press — are extensively covered by Arabs on social media and even in government press due to people’s interest in the plight of the Palestinians.  The notion that MbS or Muhammad bin Zayid of the United Arab Emirates(MbZ) are in any way influential as opinion makers is laughable. Those two tyrants rely on tight systems of political control and surveillance to stay in power and to smash any manifestations of political independence or dissent.

In opposition to the Arab-Israeli conflict, the Western and Arab Gulf media have invested heavily in promoting an Arab conflict with Iran.  The methods of such promotion have relied heavily on poisonous sectarian agitation and mobilization; Saudi-controlled (and Qatari-controlled) media adopted a blatant anti-Shi`ite tone and content in order to portray anyone who proposes resistance to Israel as a Shi’ite outsider tied to “Persian designs.”

One time, the corrupt Palestinian Fath leader Muhammad Dahlan (who is loyal to the Abu Dhabi ruler, Mbz) spoke as his supporters in Gaza chanted “Shia, Shia,” against Hamas, although the Shi`ite population is quite minuscule among the Palestinian population. Hamas, like Fath, is Sunni, and some Hamas leaders have even adopted sectarian anti-Shiite rhetoric. But the exaggeration and exploitation of the Iran-Gulf conflict (and its conflation with an Arab-Iran conflict) was intended to distract from the deep political conflicts in the region, especially among U.S. clients in the Middle East.

Even within the Gulf Cooperation Council (established at the behest of the U.S. in 1981 to counter the Iranian revolution and its influence in the region) conflicts among member states have not abated.  These go beyond the Saudi-Qatari and UAE-Qatari and Bahrain-Qatari conflicts, which are well known. The Saudi camp can itself be divided.

The UAE and Saudi Arabia are fighting in Yemen and recently the militias armed by both sides have been bitterly clashing in South Yemen. (The UAE is supporting a regional “transitional” council while Saudi Arabia wants to promote its chosen Yemeni puppet government as the legitimate government for all of Yemen.)  These clashes have been occurring even as the two allies unite in their bombing campaign against the Huthis (although this campaign does not recognize differences between civilians and fighters).  Their agenda diverges when it comes to dividing influence and domination even before achieving a long-elusive victory in Yemen.

Two local clients of the U.S. — Qatar and the UAE — are also clashing in Libya. Qatar and Turkey support a government sympathetic to the Muslim Brotherhood’s regional alliance, while the UAE (along with the U.S., Saudi Arabia and Russia) support the militia of General Khalifa Heftar.  Ever since the Arab uprisings in 2011, and in the absence of strong rival republican regimes, Gulf countries have been fighting for influence, especially as new governments are emerging in places where regimes have fallen. (Regimes in Tunisia, Libya, Egypt, Sudan and Yemen have fallen since 2011 while the war in Syria continues and Algerian military dictatorship has stubbornly resisted giving up power in the face of massive protests in the last few months.)

The Jordanian regime has also been clashing with Saudi Arabia and the UAE; in the past, it clashed with Qatar largely over the political shows on Al-Jazeera where the king of Jordan has been criticized and the Hashemite long-standing ties to Israel have been exposed. But since 2011, Jordan has been moving closer to Qatar.  The rift between Jordan and Saudi Arabia-UAE stem from the ramifications of the Arab uprisings.  Jordan was promised large sums of aid from Gulf countries but those promises have not been fulfilled (Gulf countries, especially Saudi Arabia, are notorious for not delivering on financial pledges, as governments in Iraq, Afghanistan, Jordan, Lebanon and the Palestinian Authority can attest). 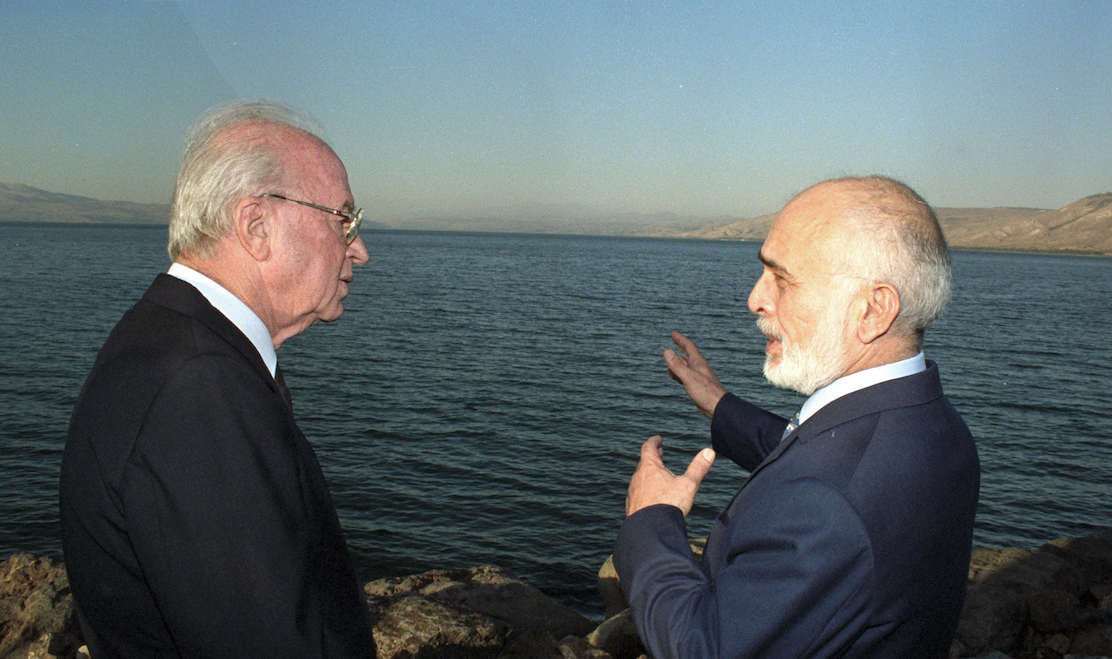 Furthermore, the Jordanian regime has permitted mild criticisms against Saudi Arabia to be aired by Jordanian journalists.  But the competition between Jordan and Gulf countries are also related to the Arab-Israeli conflict.  Jordan has lost much of its value as the vanguard of the Arab governmental front dealing directly with Israeli.  King Husayn had been a messenger between U.S. and Arab countries, and also between Israel and Arab reactionary governments.  That role has been lost because most Gulf countries now deal directly with Israel (perhaps with the exception of Kuwait).

The rise of MbS added tensions to the Jordanian-Saudi relations (historically fraught by the expulsion of the Hashemites from Western Arabia early in the 20th century).  As MbS improved relations with Israel, he started to compete with the Hashemite family over the custodianship of the Haram Al-Sharif in Jerusalem.  Israel has historically facilitated the role of Jordan because Amman has been the least supportive government of the Palestinian resistance.  But Israel today may prefer a Saudi custodianship as the Saudi regime is more willing than Jordan to offer concessions to Israel without any reward in return.  For this reason, the Jordanian government has been stressing its special religious connection to the Haram Al-Sharif, (noble sanctuary) in Jerusalem.

There are other tensions between Arab nations. In recent months, when one of the wives of Sheikh Muhammad bin Rashid, the ruler of Dubai, fled to London to sue her ex husband for custody of her children, the situation caused strains between Dubai and Jordan because the wife is the half sister of the King of Jordan.

There are tensions within Arab countries: within the UAE the competition between Dubai and the rest of the country has existed since its founding, when two ruling families, the Al-Nahyan and the Al-Maktum, agreed to symbolically share power. Leadership of the UAE was supposed to switch between the two, but this has not happened. Instead the Al-Nahyan has been effectively monopolizing political control.

In recent years, Dubai has been less invested in the regional aggressive campaigns of MbZ, and Dubai’s ruler, Sheikh Muhammad, has even hinted at that in tweets.  Last week, Sheikh Muhammad criticized the new vicious and vulgar social media campaign which has been largely orchestrated by the UAE’s intelligence service (run by the sons of the founder of UAE, Sheikh Zayid of Abu Dhabi).

All this dispels the image of harmony among the clients of the U.S. and the new allies of Israel.  While the U.S. invests in promoting an Arab-Iran conflict, the people of the region are more aware of these other conflicts, which are tearing the region asunder.

Before commenting please read Robert Parry’s Comment Policy. Allegations unsupported by facts, gross or misleading factual errors and ad hominem attacks, and abusive language toward other commenters or our writers will be removed.If your comment does not immediately appear, please be patient as it is manually reviewed.

14 comments for “THE ANGRY ARAB: Hyping the Arab-Iran Conflict”