As`ad AbuKhalil analyzes the calculations behind the recent attacks, which the Western press covered with the usual lack of realism.

There are two realities about Israel in the world: one projected by Western media, and the other suffered by its victims.

The first has no connection to any reality, but is constructed to present a favorable image of Israel, no matter what.   In that portrayal, Israel is consistently presented as the victim; Arabs and Iran the aggressors.  The racist connotations of such distinctions are not concealed.  This presentation of Israel as a victim, however, is getting harder to perpetuate. It was far easier when Israel was a new (occupation) state surrounded by weak yet entrenched Arab states.  Even then, Israel would refer to Arab armies as a danger to its very existence when in reality the Zionist forces in Palestine — as early as 1948 – were better equipped and organized than all Arab armies. At the end of the 1948 war, Zionist forces were three-times the size of the “Arab invasion” of Palestine.

In the second (actual) reality of victims’ experience, Israel operates according to the dictum that Arabs only understand the language of force. (This was apparent in deliberations that preceded the U.S. invasion of Iraq in 2003, through the advice of Bernard Lewis and Fouad Ajami).

Israel is an occupation state that thrives by means of intimidation and massacres.  In my own lifetime, Israel has attacked Tunisia, Sudan, Egypt, Somalia, Yemen, Lebanon, Syria, Iraq, Jordan and Palestine. It also downed a Libyan civilian airliner in 1973. On top of this, Israel’s bombings and assassinations in faraway lands, from Iran to Europe, (even in Kuala Lumpur) go uncounted. 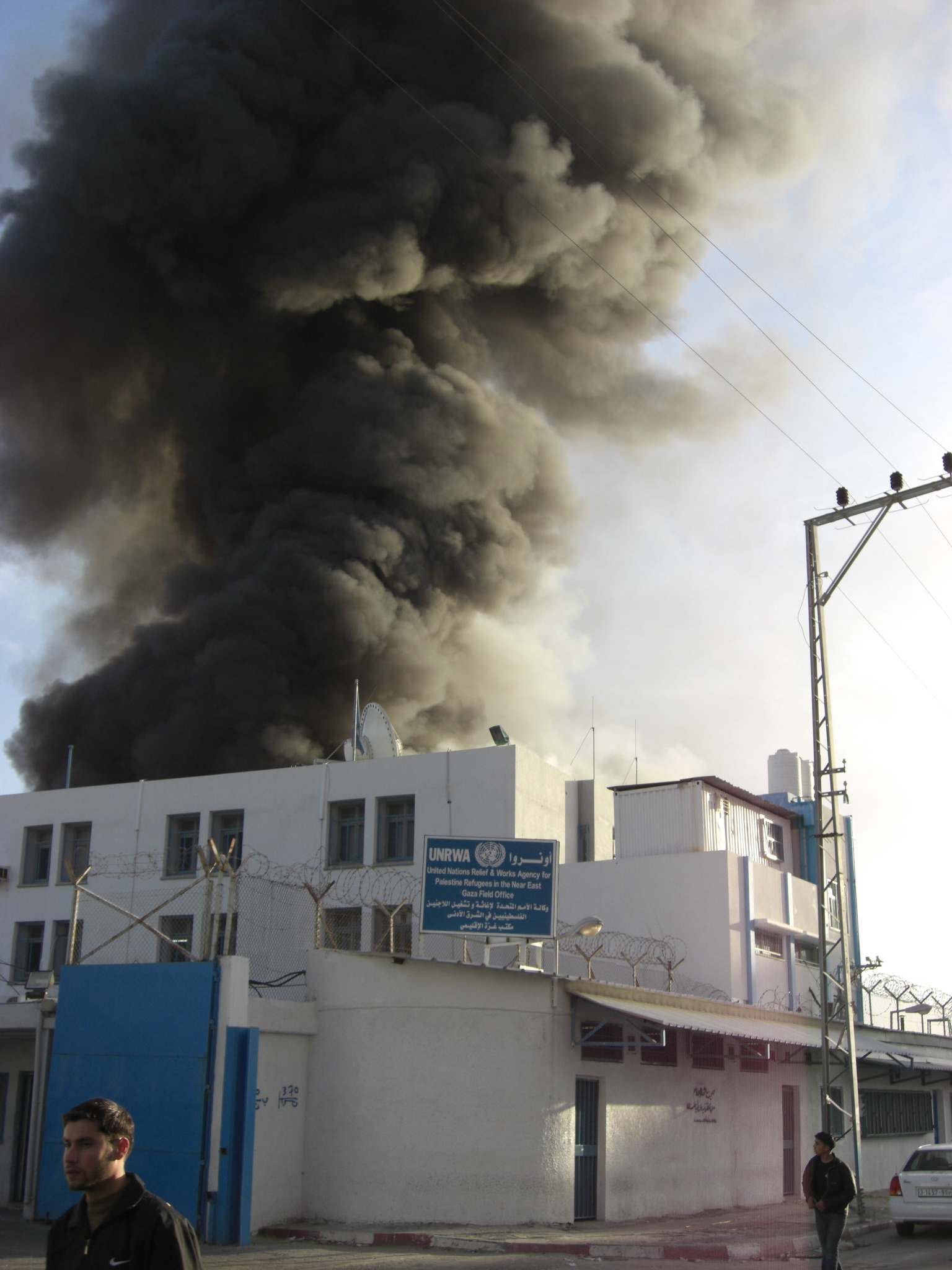 This image of the actual record of Israel remains hidden from U.S. public view. The nervousness exhibited by the Zionist establishment in D.C. (manifested through the worried pronouncements of congressional leaders Nancy Pelosi, Steny Hoyer and many others) is the result of a new rhetoric about Israel expressed by U.S. Reps. Ilhan Omar and Rashida Tlaib.

It is often said that U.S. diplomats in the Middle East, just as British diplomats during the Mandate period, tend to quickly develop sympathy for the plight of the Palestinians once they serve in the region (although very few risk their careers by challenging the political conventions of D.C.).

In the last week alone, Israel has attacked targets in Palestine, Syria, Iraq, and Lebanon and yet the U.S. coverage has portrayed these bombing campaigns as a matter of Middle East routine.

Liz Sly of The Washington Post— one of the worst to ever cover the region classified the recent Israeli bombing as part of the effort to contain “Iranian influence in the region,” while Ben Hubbard of The New York Times describes a civilian neighborhood as housing “Iran-backed militia” supporters). 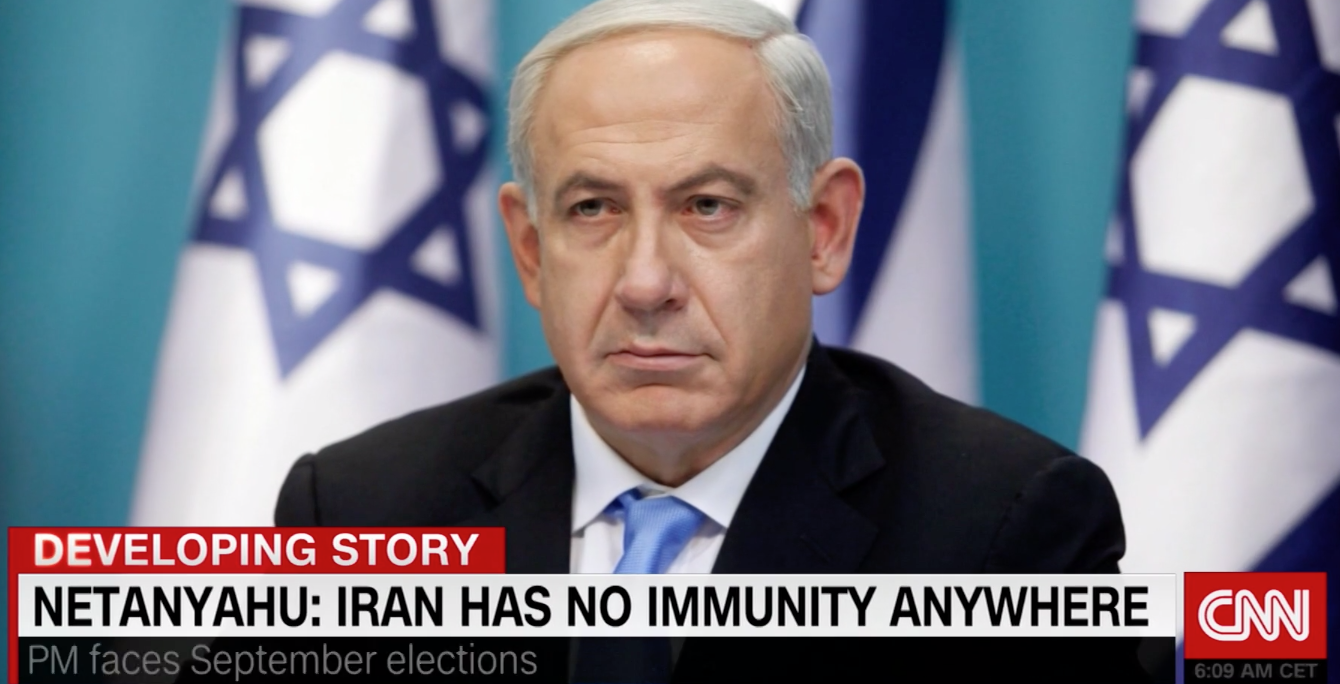 Not only has the U.S. media covered up the extent of these bombing campaigns, the scant reporting fails to point out how Israel has been attacking the same native forces that fought and defeated ISIS (from Lebanon to Iraq). For Israel, ISIS has been useful in undermining the military power of Hashd militias in Iraq and Hizbullah in Syria and Lebanon. Now, one wonders if Israel is trying to rejuvenate the power of ISIS in the hope of distracting its enemies and diverting their resources and attention.

The calculus of Israel in those recent attacks all over the region are not clear: but Israel never needs a reason or an excuse to bomb or to invade or to establish its military supremacy.  To be sure, Israel has an ally in D.C. The Trump administration, like all that preceded it, will indulge any and all acts of aggression by Israel.  Just as Israel invested heavily in the Lebanese civil war (in which it armed the right-wing death squads of the Phalanges and the Lebanese Forces), Israel encourages the prolongation of conflicts and wars in the region. It has invested in the Syrian war and had links with various Jihadi groups, and many of their members sought medical treatment in Israel.

As Israeli expectations for prolonged wars in Syria and Iraq seem to have been dashed, and as Israeli allies in Yemen appear to be failing, Israel may be hoping for an intensification of pressure on all of its foes in the region. The total support of Arab Gulf despots, who in the past were too afraid to publicize their links with Israel, gives Israel a freer hand in its aggression.

One should also take into consideration the electoral factor: Israeli Prime Minister Benjamin Netanyahu is facing a tough election and immense legal problems: his ability to win will determine whether he serves time in prison or not. This fight by Netanyahu is more personal than political.  And when there is a tough election in Israel, the people of Palestine and Lebanon often pay a price.  In the 1990s, the war between Labor and Likud was fought in the territory of South Lebanon where Labor and Likud leaders wanted to prove their toughness. The Qana massacre of 1996 (where Israel bombed a UN facility that sheltered 800 civilians and killed 110 people and injured 118) bore the mark of Shimon Peres who, as a prime minister, was trying to prove his toughness vis-à-vis Arabs in an election season. The Israeli war on Gaza in 2009 ended just three weeks before the 2009 Israeli election. 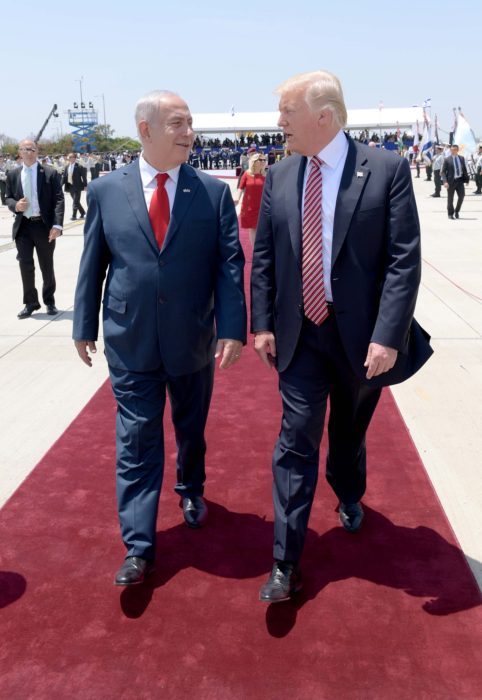 Netanyahu and Trump in Israel, 2017. (State of Israel via Flickr)

Similarly, Netanyahu is facing a tough challenge from former Israeli generals running against him in the “Blue and White” political alliance.  Those former generals are promising a major war on Gaza and have accused Netanyahu of softness toward Hamas.  Furthermore, the young people in Israel — unlike their counterparts in the U.S. — are more militant and conservative than their elders.

Israelis, and Netanyahu, need to impress those voters in order to win a decisive victory.  Netanyahu, in the context of Israeli politics, and regardless of the many acts of aggression and attacks he has ordered, is faulted for not leading a major war against Israel’s enemies during his long term as prime minister. Netanyahu may thus wish to crown his political career with a major offensive or war.

There are risks for Israel in all of this. Its foes today are far better organized and armed than ever before. The axis of resistance to Israel extends from Lebanon to Yemen. Some of the Hashd militias in Iraq —`Asa’ib Ahl-Haq, An-Nujaba`, kata`ib Hizbullah — are allied with Hizbullah and may consider a battle by one party a battle for all.  The foes of Israel in Lebanon, Syria, and Iraq are now battle-tested and their arsenal is now more sophisticated and potent.

Netanyahu seems interested in escalation but he must know that decisive military victory against Arabs — which was a cornerstone of Israeli military doctrine for many decades — is now more elusive than ever.  If Netanyahu is trying to gain political advantage from a limited military engagement, his foes may not be as patient and restrained as they have been in the last few years.  In the event of a flareup, the U.S. must also be concerned about the vulnerability of its forces in Syria and Iraq (not to mention those in Lebanon who are deployed under the pretext of training and assistance to the Lebanese Army). If Netanyahu wins an election through brutality in the Middle East, it may lead the Israeli army to another humiliating defeat—worse even than the July 2006 war in Lebanon.

← WATCH: CN Live! Episode 7—John Kiriakou on the 9/11 Trial; Pepe Escobar on His Prison Interview with Lula; New Whitney Webb Interview on Epstein & the Clintons, and a Scandal Rocking Australia
BRICS was Created as a Tool of Attack, Says an Imprisoned Lula →

26 comments for “THE ANGRY ARAB: Israel Bombs the Middle East, Yet Again”