The High Court decided to do nothing about a practice that, in the words of dissenting Justice Elena Kagan, “beats democracy,” writes Marjorie Cohn.

The Supreme Court has abdicated its responsibility to strike down partisan gerrymandering. This occurs when one party intentionally manipulates district boundaries to skew its voting power, notwithstanding the will of the voters. Although both parties engage in partisan gerrymandering, Republicans benefit from it far more than Democrats.

Chief Justice John Roberts, writing for the conservative 5-4 majority in Rucho v. Common Cause, admitted that excessive partisan gerrymandering is “incompatible with democratic principles” and “leads to results that reasonably seem unjust.” But, the High Court held, challenges to the practice “present political questions beyond the reach of the federal courts.” 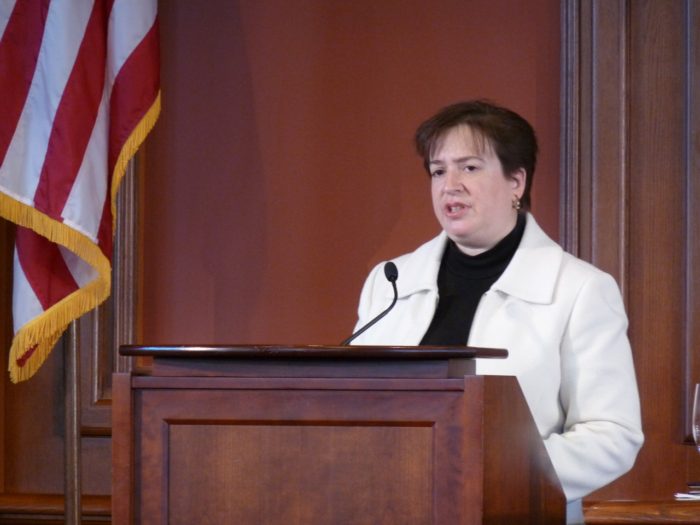 In her passionate dissent, joined by Justices Ruth Bader Ginsburg, Stephen Breyer and Sonia Sotomayor, Justice Elena Kagan noted that extreme partisan gerrymanders “deprive citizens of the most fundamental of their constitutional rights” — the rights of equal participation in the political process, “to join with others to advance political beliefs, and to choose their political representatives.” Kagan wrote, “For the first time ever, this Court refuses to remedy a constitutional violation because it thinks the task beyond judicial capabilities.”

North Carolina’s Republican legislative leadership drew a congressional map to entrench long-term Republican majorities. Although they won roughly 50 percent of the popular vote, Republicans picked up a majority of available seats in the 2018 Midterm elections by the extreme margin of 10-3.

In Maryland, Democrats used voters’ histories and party affiliations to move 70,000 Republican voters out of a district and 24,000 Democratic voters in.

But federal courts have actually devised formulas to strike them down. “The majority’s abdication comes just when courts across the country … have coalesced around manageable judicial standards to resolve partisan gerrymandering claims,” Kagan pointed out. These courts used “neutral and manageable — and eminently legal — standards.”

Kagan cited the three-part test the federal district courts in North Carolina and Maryland, and other courts around the country, used to decide vote dilution claims. The test examines intent, effects and causation. First, plaintiffs must show that the state officials’ “predominant purpose” in drawing district lines was to “entrench [their party] in power” by diluting the votes of the rival party. Second, plaintiffs must establish that the lines drawn “substantially” diluted their votes. Third, the burden shifts to the state to posit a “legitimate, non-partisan justification to save its map.”

Applying that test to the North Carolina and Maryland cases, Kagan determined that illegal partisan gerrymandering had occurred in both. “By substantially diluting the votes of citizens favoring their rivals, the politicians of one party had succeeded in entrenching themselves in office,” she wrote. “They had beat democracy.”

But the majority was willing to sacrifice democracy on the altar of partisanship. There is no case more impactful than this one, and it’s no accident that it was the right-wing Republicans who upheld partisan gerrymandering.

In a 2004 concurrence, Justice Anthony Kennedy signaled his openness to striking down extreme partisan gerrymanders, which amount to “rigging elections.” He wrote in Vieth v. Jubelirer, “It is not in our tradition to foreclose the judicial process from the attempt to define standards and remedies where it is alleged that a constitutional right is burdened or denied.”

Kennedy’s retirement and Mitch McConnell’s replacement of Obama’s nominee Merrick Garland with Trump appointee Neil Gorsuch all but foreclosed the possibility that the Court would review partisan gerrymandering.

Kagan ended her powerful dissent by warning that this is not the moment for the Court to back down. “Of all times to abandon the Court’s duty to declare the law, this was not the one,” she wrote. “The practices challenged in these cases imperil our system of government. Part of the Court’s role in that system is to defend its foundations. None is more important than free and fair elections. With respect but deep sadness, I dissent.” 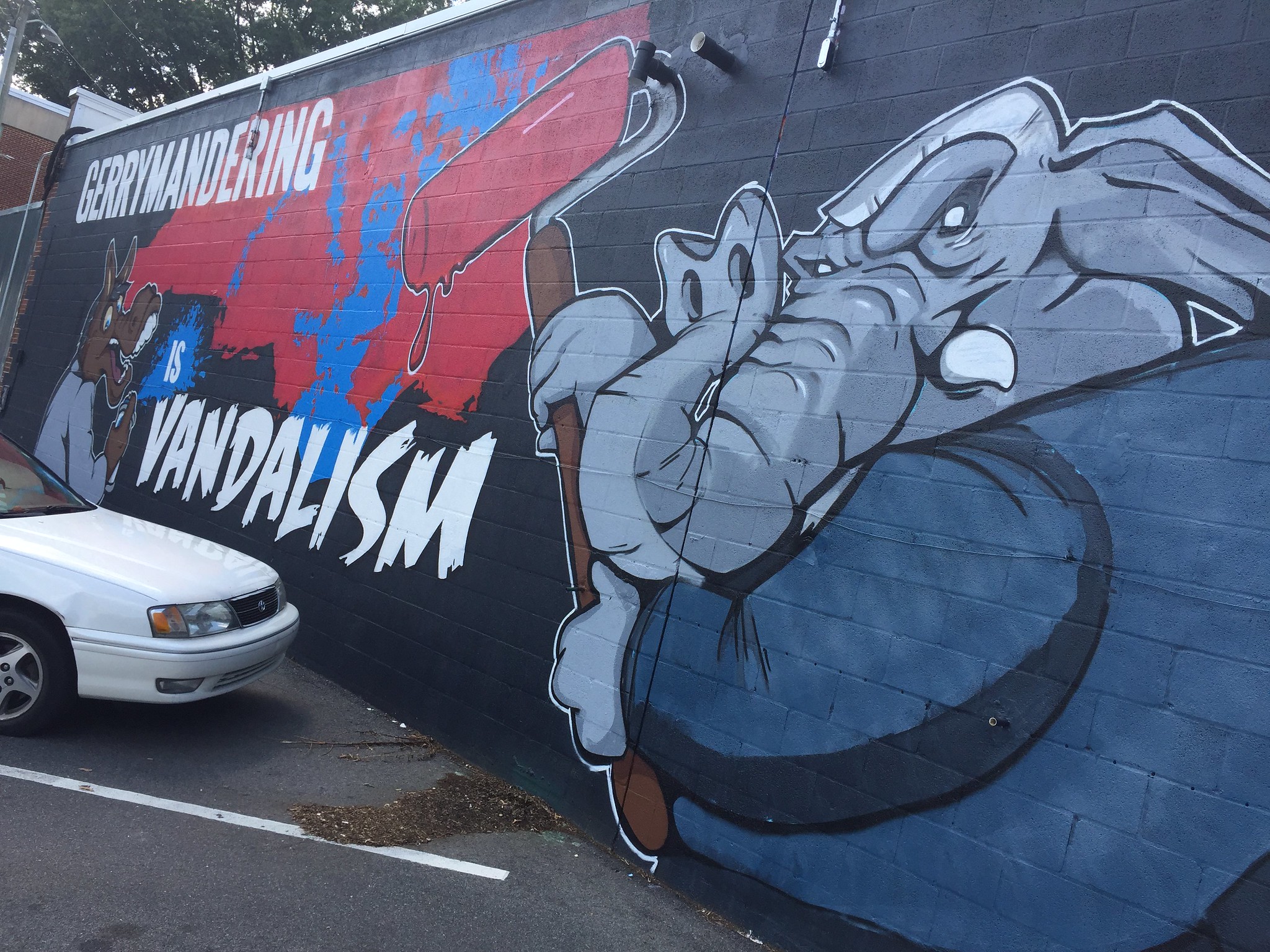 Partisan gerrymandering is “far more effective and durable” now than in the past, Kagan observed, because advances in technology provide mapmakers with “more granular data about party preference and voting behavior than ever before.” They can utilize it “with unprecedented efficiency and precision.”

The Rucho decision “is almost guaranteed to facilitate massive election rigging in the future,” Ari Melber, senior writer at Mother Jones, told Amy Goodman on Democracy Now!. We can no longer look to the federal courts, to which the disenfranchised have traditionally turned for relief, he said.

Now that the High Court has denied judicial review of partisan gerrymandering in federal courts, it is up to the people in the several states to remedy it.

Independent citizen-led commissions in states such as Michigan, Colorado, Utah and Missouri draw fair and representative district maps. But in most states, “the party that controls the legislature draws districts for both the U.S. House of Representatives and the state legislature,” Berkeley Law School Dean Erwin Chemerinsky wrote in the Los Angeles Times. “They inevitably do so in a way to maximize their political control.”

The Supreme Court has struck down racial gerrymandering as violative of the Equal Protection Clause of the Constitution. But after Rucho, claims of partisan gerrymandering will no longer be reviewed by federal courts.

The House has passed H.R. 1 — the For the People Act — that would require states to draw congressional districts utilizing independent redistricting commissions. Members of these commissions would “represent diverse communities across the state, by establishing fair redistricting criteria, and by mandating greater transparency for the redistricting process,” according to the Brennan Center for Justice.

Sen. Michael Bennet (D-Colorado) has introduced the Fair Maps Act, which would establish baseline criteria for map-drawing and provide a private legal cause of action for voters to challenge skewed maps in court.

One-half of the states allow voter ballot initiatives. Voter advocates can organize campaigns to put measures on the ballot that require independent redistricting commissions rather than politicians to draw the maps. It is up to the people to make the voting system fair.

This article is from Truthoutand reprinted with permission.