Boris Johnson is the favourite to win the Conservative leadership contest. But has he got what it takes to strike a Brexit deal with the EU?, asks Johanna Ross. 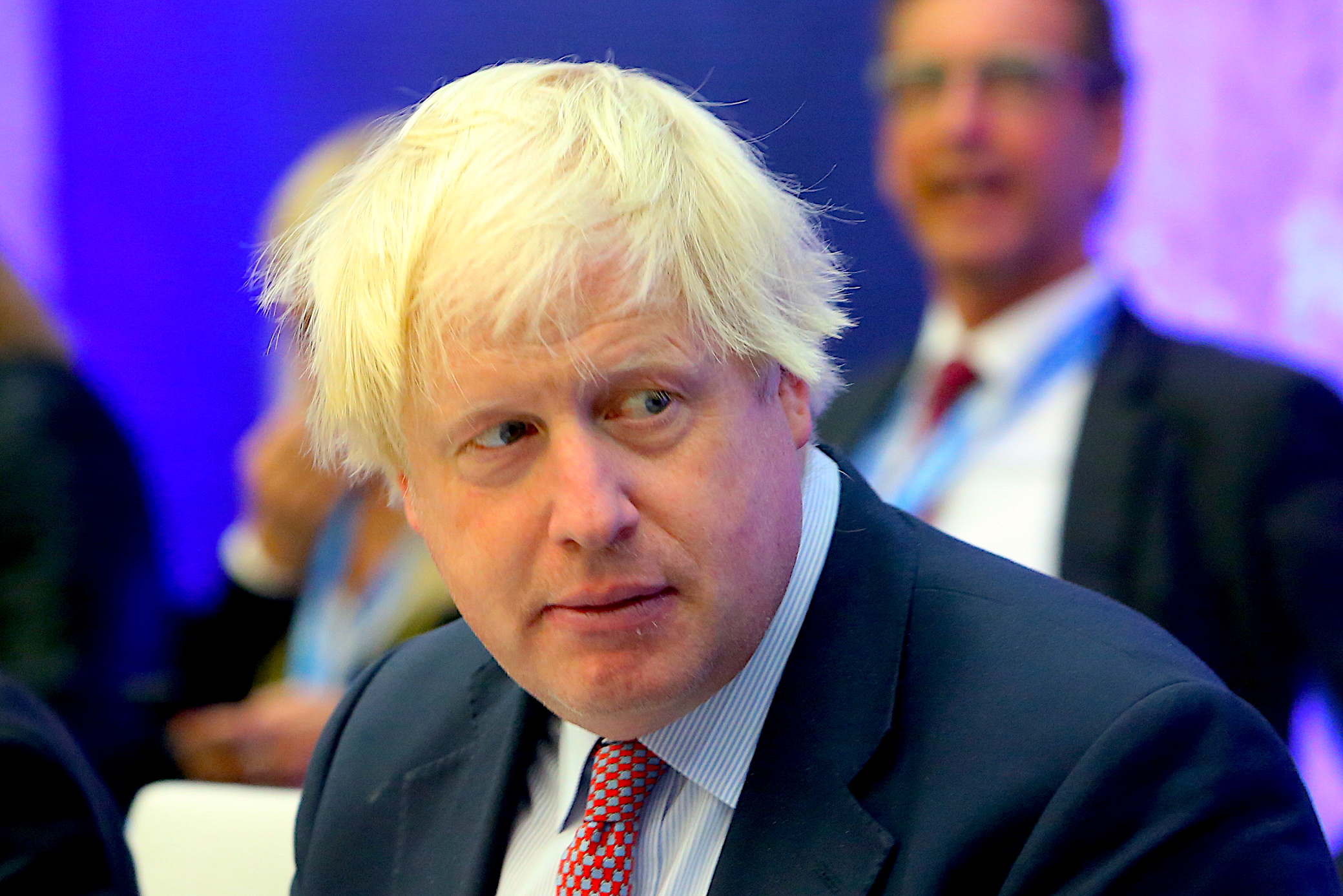 The Conservative party leadership contest or “horror show”, as it was referred to by Scottish First Minister Nicola Sturgeon, has now been reduced to a mere double act as favourite Boris Johnson and Foreign Secretary Jeremy Hunt will now go head-to-head in a bid to become the UK’s next Prime Minister.

With a decisive win of 160 votes on Thursday, Johnson beat both Hunt and Michael Gove, who gathered a mere 77 and 75 respectively in the fifth round, from the original group of 16 all vying to replace Theresa May.

Leadership contests are by their nature steeped in skulduggery, and it’s been rumoured that all has not been squeaky clean in this race – hardly surprising in a Tory party fraught with division. It was reported that supporters of Boris may have been involved in a spot of tactical voting along the way, giving votes to Hunt in order to fend off arch rival Gove.

Indeed no love has been lost between Boris and Gove since the latter stabbed Britain’s most eccentric blonde politician in the back in the previous 2016 leadership contest. This time, no prisoners were taken by their respective campaign teams with every possible skeleton uncovered from the closet. From Johnson being termed a racist, to Gove’s cocaine abuse, attempts were made at every turn to eliminate each other.

But it’s the indefatigable Johnson, former London mayor and foreign secretary, knocked out in the previous contest,  who remains the front runner. And no-one is exactly sure why. Largely seen as the most incompetent and embarrassing of politicians – never mind leadership candidates – this blonde buffoon seems to still carry favour amongst the Tory party faithful.

Perhaps this time he just got the timing right – after the reserved, emotionless May, Boris’ vibrant personality has struck a chord and his undisciplined, shambolic nature is somehow forgiven. He certainly wouldn’t be alone on the world stage – with Trump across the Atlantic and ex-comedian Zelensky in Ukraine – Boris’ antics wouldn’t be out of place.

However, it’s worth noting that despite his popularity within his party, Boris does not have the same degree of support amongst the electorate. In recent weeks the press and social media platforms have been inundated with examples of his worst gaffes and blatant episodes of ignorance, more often than not accompanied by a message of foreboding along the lines of: ‘And this man could be our next Prime Minister…’.

Then he is something of a specialist in making offensive remarks – from describing Muslim women wearing the burka as ‘post-boxes’ to stating that people of African origin have ‘watermelon smiles’. Incredibly, none of this seems to have much impact on his leadership bid, but it remains to be seen how he would fare in a general election.

As for the man left to take on Boris – the mild-mannered, Japanese-speaking Hunt – he could not provide more of a contrast and yet the two also have much in common. Both Oxford graduates, they have clocked up considerable experience in Cabinet and Shadow government and have been MPs for over a decade.

They also have equally filled the role of foreign secretary, although Boris’ tenure there was arguably more colourful as it was punctuated by arious diplomatic gaffes. He joined in on the prevalent Russia-bashing, coming under intense criticism for early on blaming Russia in the Skripal affair without evidence. For his part, Hunt too has expressed anti-Russian views.  And he’s been scathing in his attacks on WikiLeaks publisher Julian Assange, condemning a UN expert on torture for concluding that Assange had indeed been tortured. Johnson too slammed Assange for costing the London Metropolitan Police £5.3million.

On Monday Hunt said Britain could join the U.S. in attacking Iran. 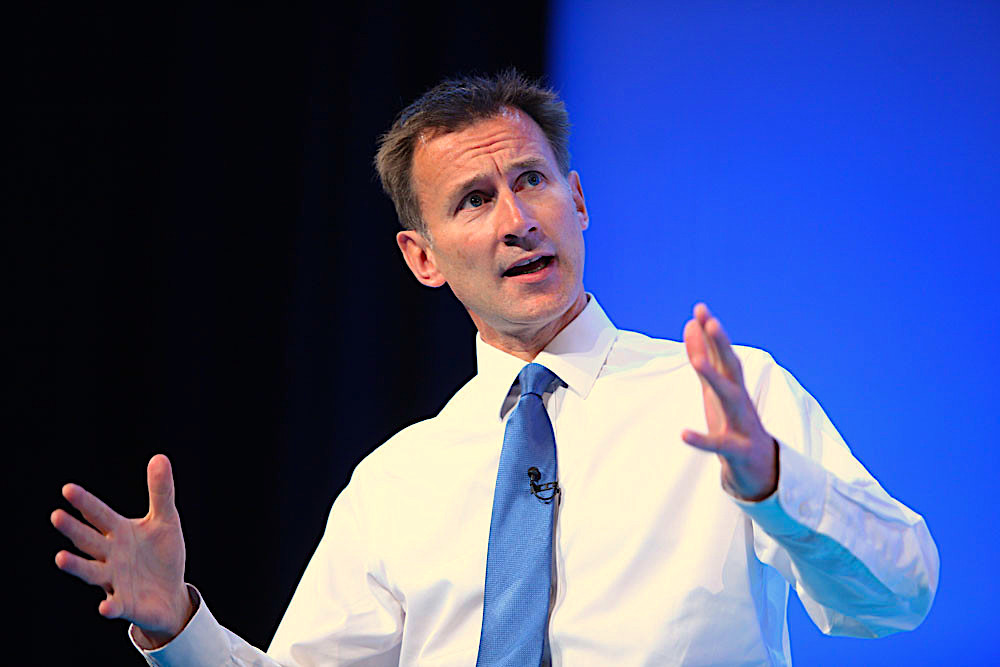 However, the real issue the two candidates will be judged on in this contest among only Conservative Party members, is of course Brexit.

Whilst Johnson has been consistent in his approach that Britain leave the EU “deal or no deal” on Oct. 31, Hunt has taken a more nuanced, and some have argued, more realistic stance.  He has argued that a deal ought to be struck with Brussels and thinks he’s just the man to do it. He believes that he alone can renegotiate a deal with the EU which means there would be no need for the Irish backstop.

What’s not clear however is why exactly Hunt thinks he can do any better than May, who with supreme difficulty, presented three different Brexit deals to parliament, for them all to be rejected. Let’s face it: whoever is at the helm of the Brexit ship will encounter the same obstacles from fellow politicians at Westminster, the majority of whom are Remainers and opposed to the very concept of Brexit.

At the least they are calling for a second referendum on Brexit or even a general election, which could be catastrophic for the Conservative government. But if it is to be Boris for prime minister, as all indicators show, it’s highly likely we could see what former leader Tony Blair has called ‘unthinkable’ – a no deal Brexit without any public consultation.

It’s easy to get pre-occupied with the drama of the Conservative leadership contest – the result of which we will know on July 22 – and neglect the wider picture. For if one analyses objectively what is taking place, the argument that Brexit is about carrying out the democratic will of the people when they voted ‘Leave’ in the 2016 referendum, is looking increasingly thin.

A government that doesn’t have a majority, in a party failing in the polls, could carry out what seems like an act of self-harm in taking the UK out of the European Union without a deal. Chancellor Phillip Hammond confirmed earlier this week, plunged into economic oblivion, Britain could find itself in a state which makes even austerity look good, as it tries to go it alone as an independent trading nation.

Furthermore there is the threat to the UK’s territorial integrity. Citizens of Scotland have observed the antics of the Conservative Party leadership contest with some degree of scepticism as they wonder how much it all has to do with them. Not only is the Conservative Party almost redundant in Scotland, and has been for years, but the majority of Scots voted to remain in the EU in the 2016 referendum and reinforced this stance in the recent European elections.

A no deal scenario would be sure to alienate Scottish voters completely and give the added boost needed to the Scottish independence movement. So Brexiteers could well get more than they bargained for if Britain crashes out of Europe – it would be no exaggeration to say we could see the break-up of the United Kingdom.

So regardless of who wins this Tory leadership race, it doesn’t solve the question of Brexit, despite what some Conservative politicians may think. Riding the waves of the post-Brexit seas, it’s really not clear whether the  ship Britannia will sink or swim. But if one thing is certain, with BoJo at the helm, it would be one hell of a ride.