Clarity emerges around the political persecution of Lula, Brazil’s former president. But what is still blurry for many is the actual case against him, writes Vijay Prashad.

Brazil’s former President Luiz Inácio Lula da Silva has now been in prison since April 2018. More than 400 Brazilian lawyers have signed a statement that expresses alarm at what they see as procedural irregularities in the case against him. They call for the immediate release of Lula. The Asociación Americana de Juristas – a non-governmental organization with consultative status at the United Nations – has called Lula a political prisoner. Lula was convicted of corruption and money-laundering, despite a lack of solid evidence. Two lawsuits against him remain unfinished.

Now, more evidence emerges about the collusion of the lead judge and the lead investigator in the prosecution of Lula thanks to excellent reporting from The Intercept. The political motivations are now on the record: they, on behalf of the oligarchy, did not want Lula – who remains hugely popular – to be the 2018 presidential candidate of the Workers’ Party (PT). Brazil’s right-wing has begun a horrible campaign to malign the journalists of The Intercept, notably its editor Glenn Greenwald. Using the same tactics of hate, misogyny, and homophobia to defame their journalists, they hope, will distract from and delegitimise the damning evidence of their corrupt tactics.

Clarity now emerges around the political persecution of Lula. But what is still blurry for many is the actual case against him. The details of his case remain murky, with many who sympathise with Lula unsure of how to understand the corruption charges and his apparent conviction. This newsletter is dedicated to providing a primer on Lula and the case against him. 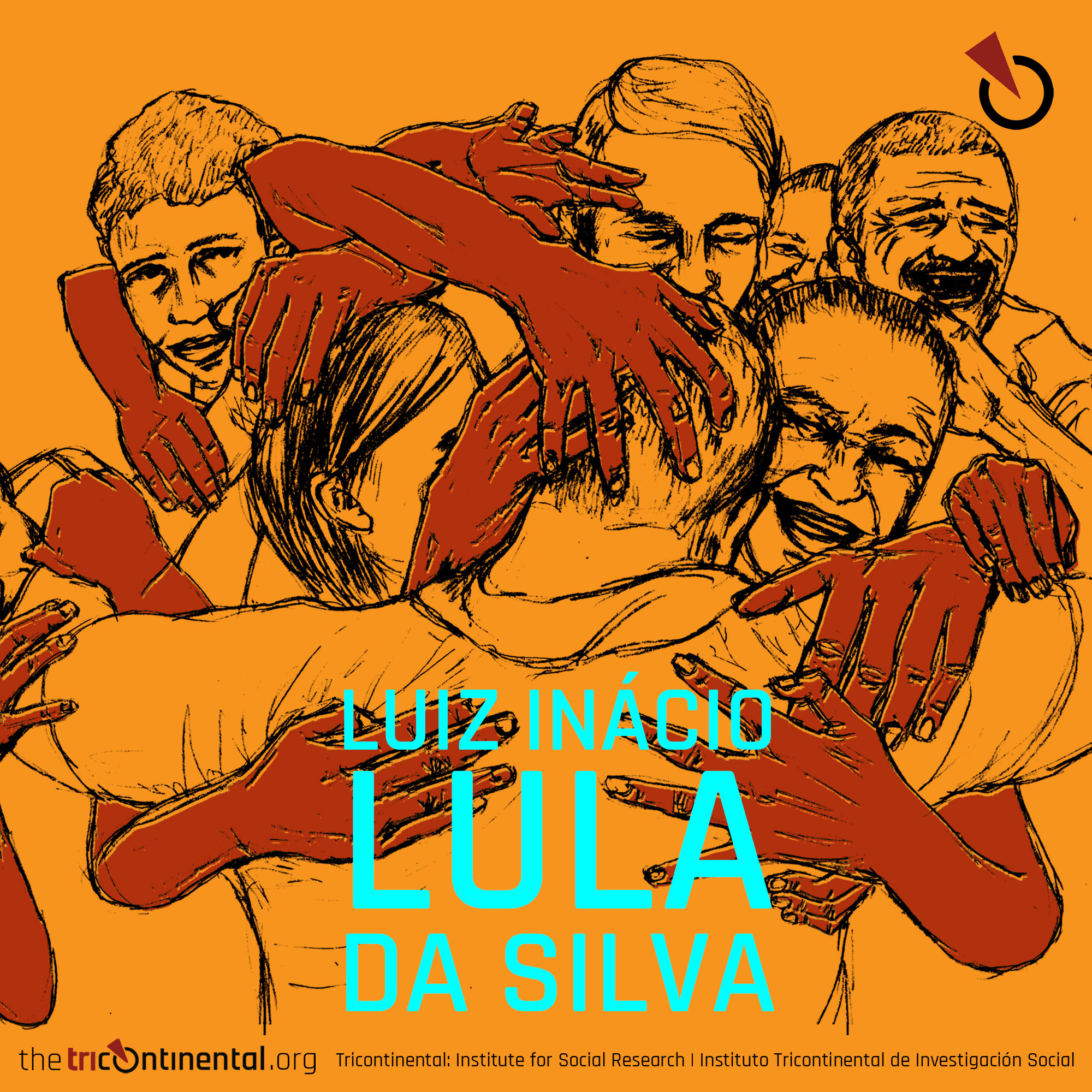 Luiz Inácio Lula da Silva (73 years old), a metalworker and trade union leader, helped found the PT, Brazil’s main left party. He won two consecutive elections to govern Brazil from 2003 to 2010. At the close of his second term, Lula had an approval rating of 86 percent – the highest in the country’s history. His poverty reduction programs – particularly his hunger alleviation schemes – earned his government praise from around the world, which is why some are calling for him to be nominated for the Nobel Peace Prize. Income redistribution through social programs such as Bolsa Família, Brasil sem Miseria, the expansion of credit, the increase in decent work, and the increase in the minimum wage lifted almost 30 million (out of 209 million) Brazilians out of poverty. The number of public university campuses more than doubled, leading to a 285 percent  increase in Afro-Brazilians attending institutes of higher education. Brazil paid off its debts to the IMF and the government discovered a massive new oil reserve in the Santos Basin, off the coast of São Paulo. This oil will eventually change Brazil’s strategic position in the world. 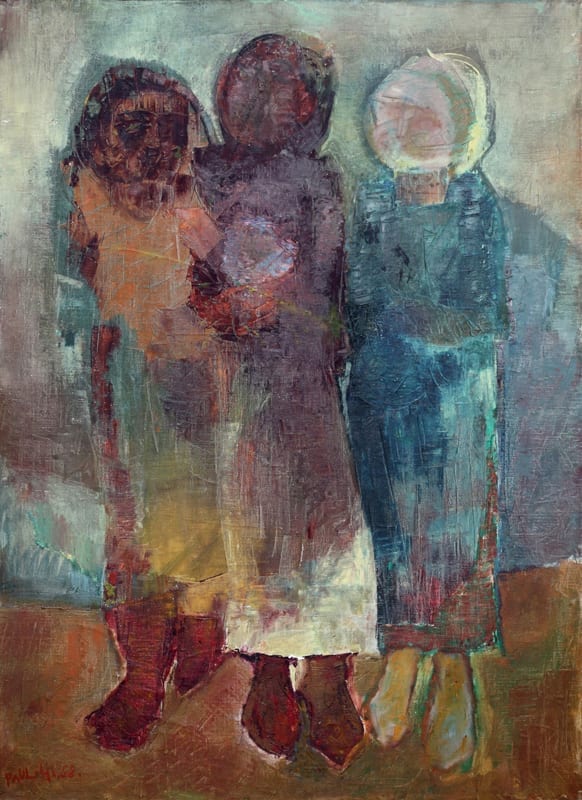 Why was Lula arrested?

There are two narratives that exist to answer this question. The first— the official narrative, propagated by the bourgeoise— is that Lula is in prison on charges of corruption and money laundering. His cases remain pending before the courts. Curitiba’s Public Prosecutor’s Office – led by Deltan Dallagnol – was in charge of an investigation around corruption allegations at Brazil’s state energy firm, Petrobras. Because a car wash became part of the money laundering investigation, the Task Force was known as Lava Jato (Car Wash). The Task Force uncovered activity by contractors such as OAS and Odebrecht, who had – it turns out – remodelled an apartment on the coast and a farm in the interior that were supposedly owned by Lula. These firms, it was said by the Task Force, had gained concessions from Petrobras. The Task Force argued that Lula benefited from the contractors, who in turn benefitted from state largess. This was the allegation. The second narrative — further substantiated by recent reporting from The Intercept of collusion between the main judges in the case against Lula — shows evidence of political persecution and a coordinated attempt to stop Lula from winning the presidential election and put a halt to the country’s progressive social agenda. In this narrative, the corruption charges against Lula were manufactured in order to recover the right-wing’s control of the government, despite a lack of evidence against him. 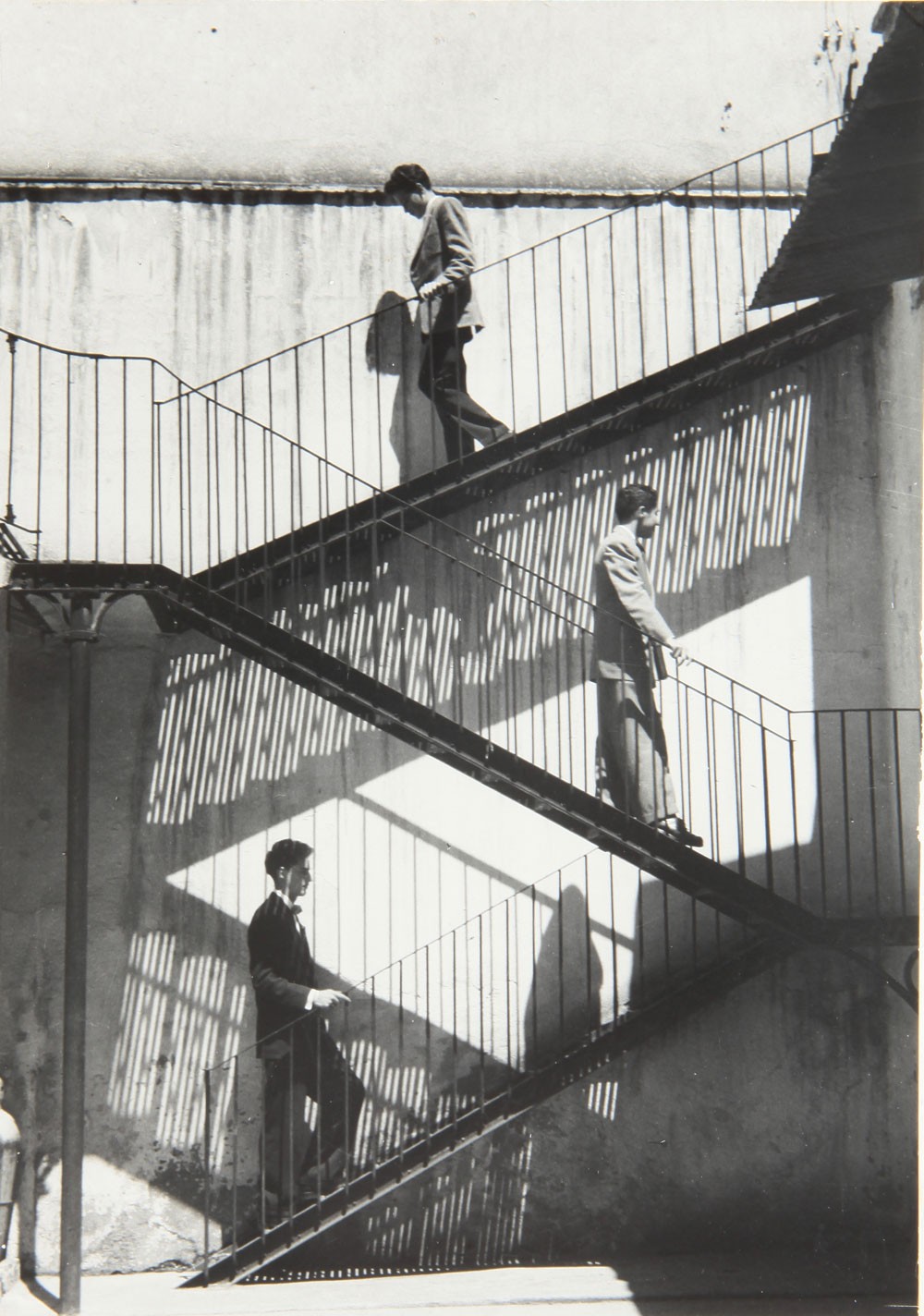 Is there evidence against Lula?

Actually, no. The prosecutors could not prove that Lula had ever owned the apartment or the farm. Nor could they prove any benefit to the contractors. Lula was convicted – bizarrely – of unspecified acts. Former OAS director Léo Pinheiro, who had been convicted of money laundering and corruption in 2014 and was to serve 16 years, gave evidence against Lula; for this evidence, his sentence was reduced. There was no material evidence against Lula.

Judge Sérgio Moro convicted Lula. He became a celebrity and is now the minister of justice in the government of President Jair Bolsonaro. It is clear that Bolsonaro won the election because Lula was not permitted to run. Moro’s conviction delivered the presidency to Bolsonaro, who then rewarded Moro with the ministry appointment. Moro not only tried Lula in his court, but also in the court of public opinion. The corporate media was on the side of the prosecution, and leaks from the court created an image of Lula as the enemy of the people. Bizarrely, the press often seemed to have information from the court before Lula’s defence attorneys. When Lula’s lawyers filed a habeas corpus petition to get him out of jail, the army’s commander-in-chief sent the Supreme Court a message on Twitter to instructing them not to grant the petition. The petition was denied. 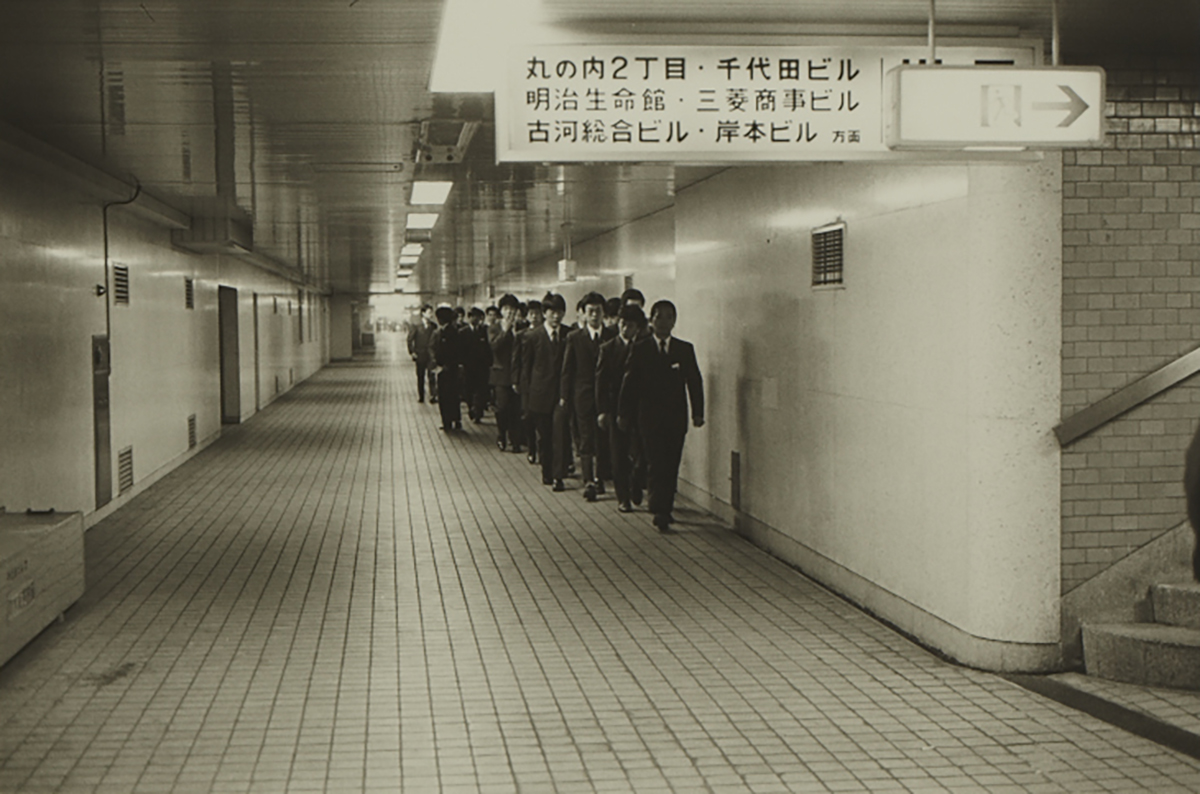 Should Lula have been allowed to run for president?

The Brazilian Code of Criminal Procedure says that one can only go to prison when their appeals run out. Article 5 of the Constitution notes,”No one shall be considered guilty before the issuance of a final and unappealable prison sentence.” Why Lula went to jail in the first place requires an investigation. Judge Moro argued that it was because he was found guilty in the Appeal Court based on a plea bargain. This is murky. The UN’s Human Rights Committee said that Lula should have been allowed to run for president last year because his appeals had not been exhausted. Not only did the judiciary and the prosecutors not allow Lula to run, but they also did not allow him to meet the press and so influence the election.

What has been the role of the United States in the Lava Jato investigation?

Odd how the US Department of Justice officials visited Judge Moro during the investigation, and how US Assistant Attorney General Kenneth Blanco said in 2017 that the U.S. justice officials had “informal communications” about the removal of Lula from the presidential race. On 6 March 2019, the U.S. Department of Justice said that it would transfer 80 percent of the fines it received from Petrobras to the Public Prosecutor’s Office to set up an “anti-corruption investment fund.” It is fair to say that this is a payment to the Lava Jato team for its work on removing Lula from the presidential race. 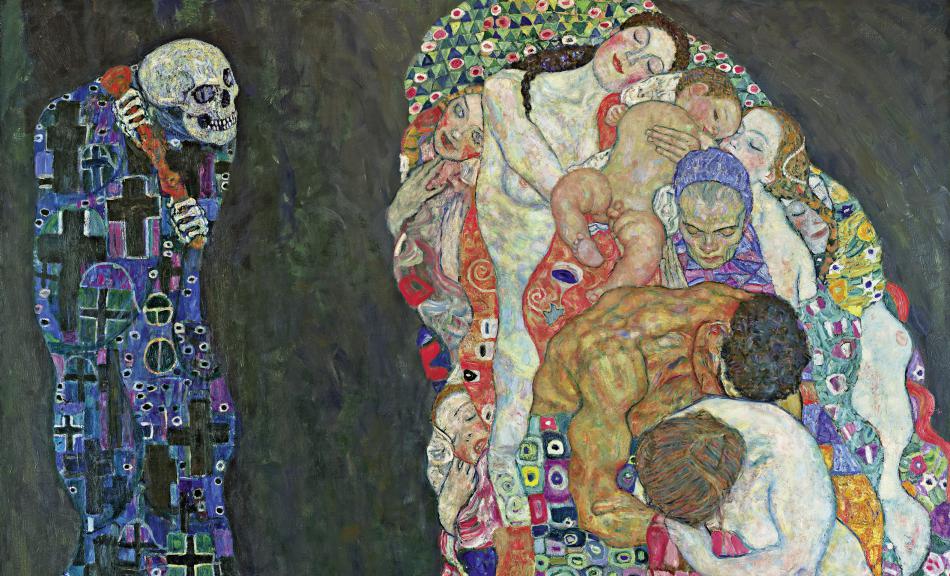 What was the real corruption in this case?

Messages seemed to constantly be exchanged between the Moro and the Lava Jato team led by Dallagnol. These have now been revealed by The Intercept and scrutinized by a range of forensic and political analysts. It is clear that the judge and the prosecutor colluded to find Lula guilty and lock him away. The first instance of corruption is this brazen collusion between two parts of the government. The second instance of corruption is the role of the United States in this case, and the pay-out to Dallagnol’s department for services rendered.

The persecution of Lula is a story that is not merely about Lula, nor solely about Brazil. This is a test case for the way oligarchies and imperialism have sought to use the shell of democracy to undermine the democratic aspirations of the people. It is the methodology of democracy without democracy, a Potemkin Village of liberalism.

At Tricontinental: Institute for Social Research, we are studying this phenomenon closely. You have already seen our dossier on the hybrid war against Venezuela and our dossier on lawfare in Brazil. The arrest of human rights defenders from Julian Assange to Ola Bini as well as the arrest of whistle-blowers from Chelsea Manning to David McBridge are part of this chilling effect against the sentinels of democracy.

We are taking seriously this evisceration of democracy. We are going to look at the role of money in elections (test case: India) and voter suppression, as well as the reduction of ‘politics’ to the festival of elections, the allowance of states to crush the basic institutions of civil society, and the role of immiseration in the defeat of the democratic spirit. We need a new theory of actually-existing democracy.

This article is from Tricontinental.

← Annexation: Israel Already Controls More Than Half of the West Bank
PEPE ESCOBAR: Brazilgate is Turning into Russiagate 2.0 →