We urgently need to wean ourselves off our addictive consumption, to stop identifying with the system that is killing us, writes Jonathan Cook.

I don’t write much directly about climate collapse, even though by any measure it is by far the most important issue any of us will face in our lifetimes. And I can gauge from my social media accounts that, when I do write about environmental issues, my followers – most of whom I assume share my progressive positions – are least likely to read those blog posts or promote them.

I have to consider why that is.

As I explained in my last piece, the environment has been a concern to me since my teenage years, back in the early 1980s. It should now be a concern to everyone. And while polls in the UK show that most people are worried to some degree about climate change and the state of the planet, the majority are either still not concerned at all or concerned only a little.

Part of the problem, I start to think, is that we are approaching climate change all wrong. And that addressing it correctly is just too difficult for most of us to contemplate because it demands something profound from us, something we fear we are incapable of giving. 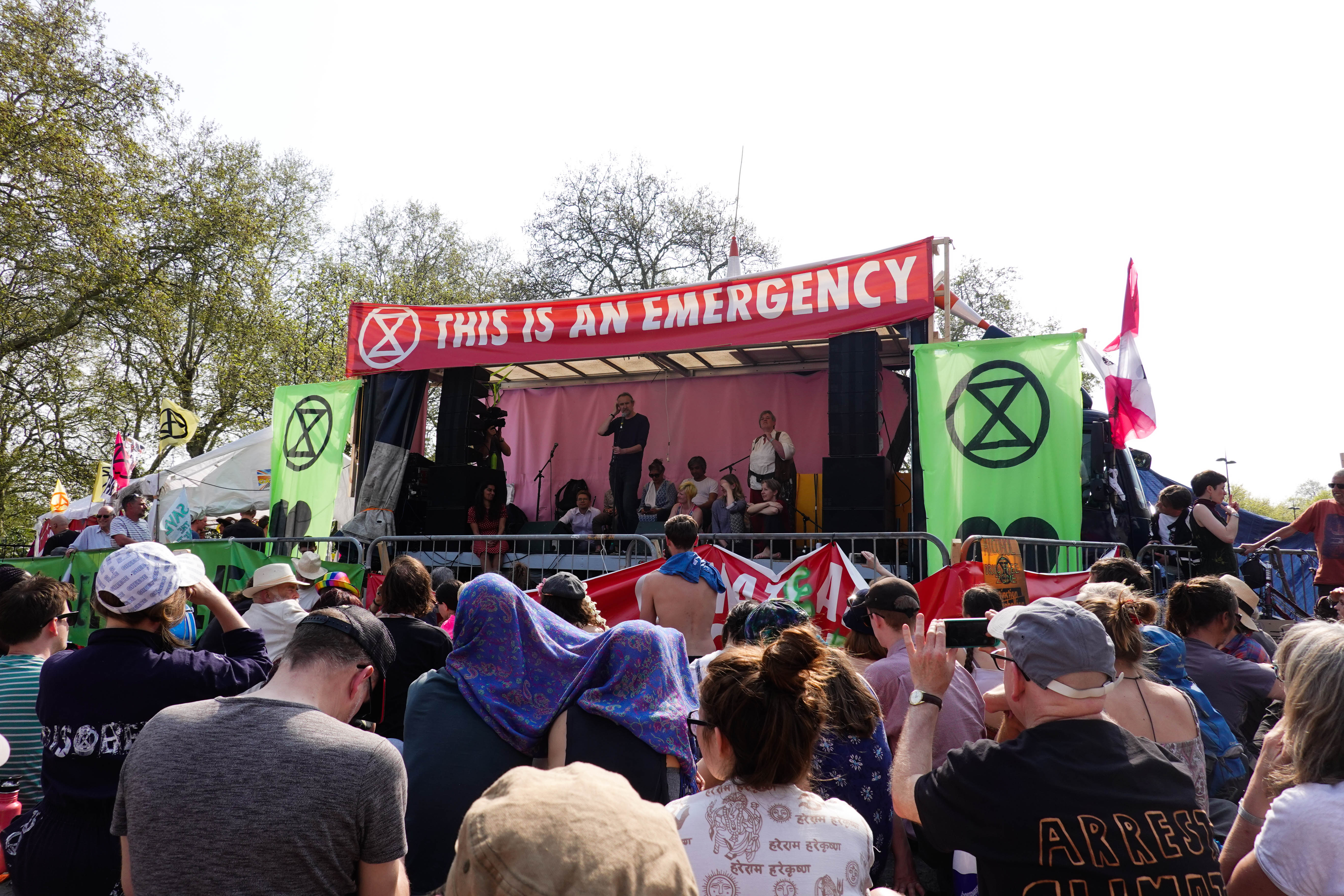 When I share climate change material on social media, it is invariably graphs produced by climate scientists showing the alarming trends of a warming planet. Others, I see, do the same.

But really is that what all this is about? Most of us – at least the ones sharing this stuff – understand that the science is now conclusive. Even, I suspect, those who deny climate change do so not because they believe the data are wrong but because accepting the reality is too overwhelming, too terrifying.

And this gets to the heart of what we need to talk about. Those persuaded by the graphs and the data no longer need those materials, and those unpersuaded aren’t going to heed the science anyway.

So maybe we need to talk less about the science, the graphs and climate change, and much more about ideology, about the inconvertible fact that the planet is dying before our very eyes and about how we have conspired in that act of ecocide. What got us into this mess wasn’t science, what got us here was ideology.

In my last blog I noted that scientists kept a low profile when they most needed to speak out, back in the 1990s and 2000s – in part because they were denied a platform, but chiefly because they failed to push themselves forward. That was when the evidence of climate collapse was irrefutable and there was time to start changing our societies to avoid it.

The reason the scientists held back is significant, I think. It wasn’t because they had doubts, it was because the dominant paradigm of our societies – the paradigm shared by almost all of us, the scientists included – was so deeply in conflict with what was needed to bring about change. 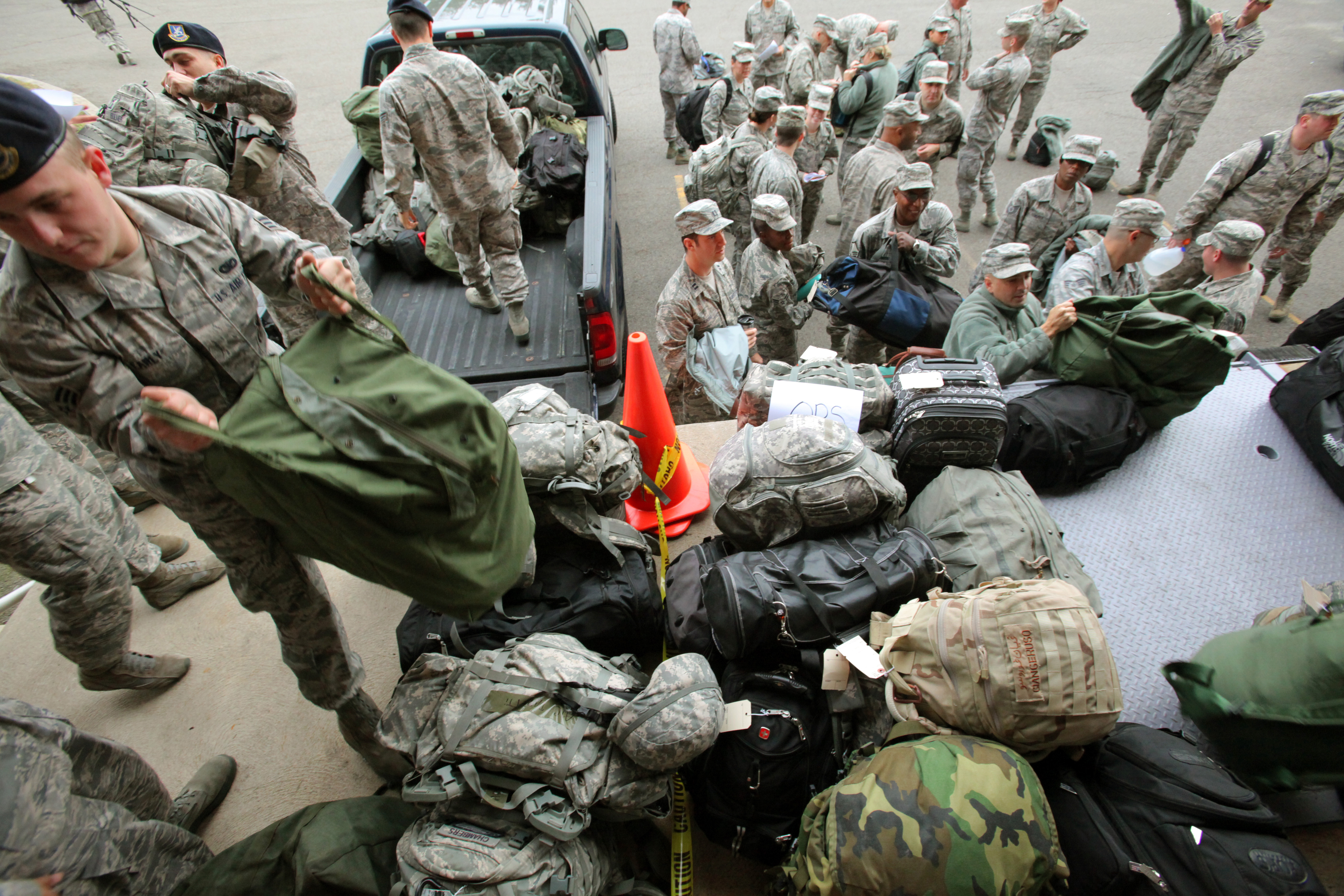 For decades – until the financial collapse of 2008 raised the first doubts – we were driven exclusively by a paradigm of endless economic growth, of ever-increasing resource exploitation, of a spiraling personal accumulation of goods. Consumerism was our individual god, and the Stock Market our collective one.

They still are. It’s just that the real, physical world – not the one we constructed out of narrative and ideology – keeps slapping us in the face to try to wake us up from our slumber.

The oceans didn’t fill with plastics last year. Some 1 million species didn’t start facing extinction this month. And the atmosphere wasn’t suddenly polluted with the greenhouse gas CO2 this week. These are trends that have been observable for decades.

The question we have to ask is why did David Attenborough and the BBC suddenly start noticing that everywhere they filmed – from the high seas to the deepest ocean beds – was polluted with plastic? This wasn’t new. It’s that they only recently decided to start telling us about it, that it was important.

Again, scientists haven’t just worked out that there has been a massive loss of biodiversity even in the remotest jungles, that insect populations needed to maintain the health of our planet have been disappearing. The mass die-off of species has been going for decades, even before temperatures started rising significantly. So why have we only just started seeing articles about it in liberal media like The Guardian?

And, fueled by greenhouse gases, temperatures have been steadily increasing for decades too. But only over the past year have all the record highs, the wildfires and anomalous weather conditions been reported – sometimes – in the context of climate breakdown. 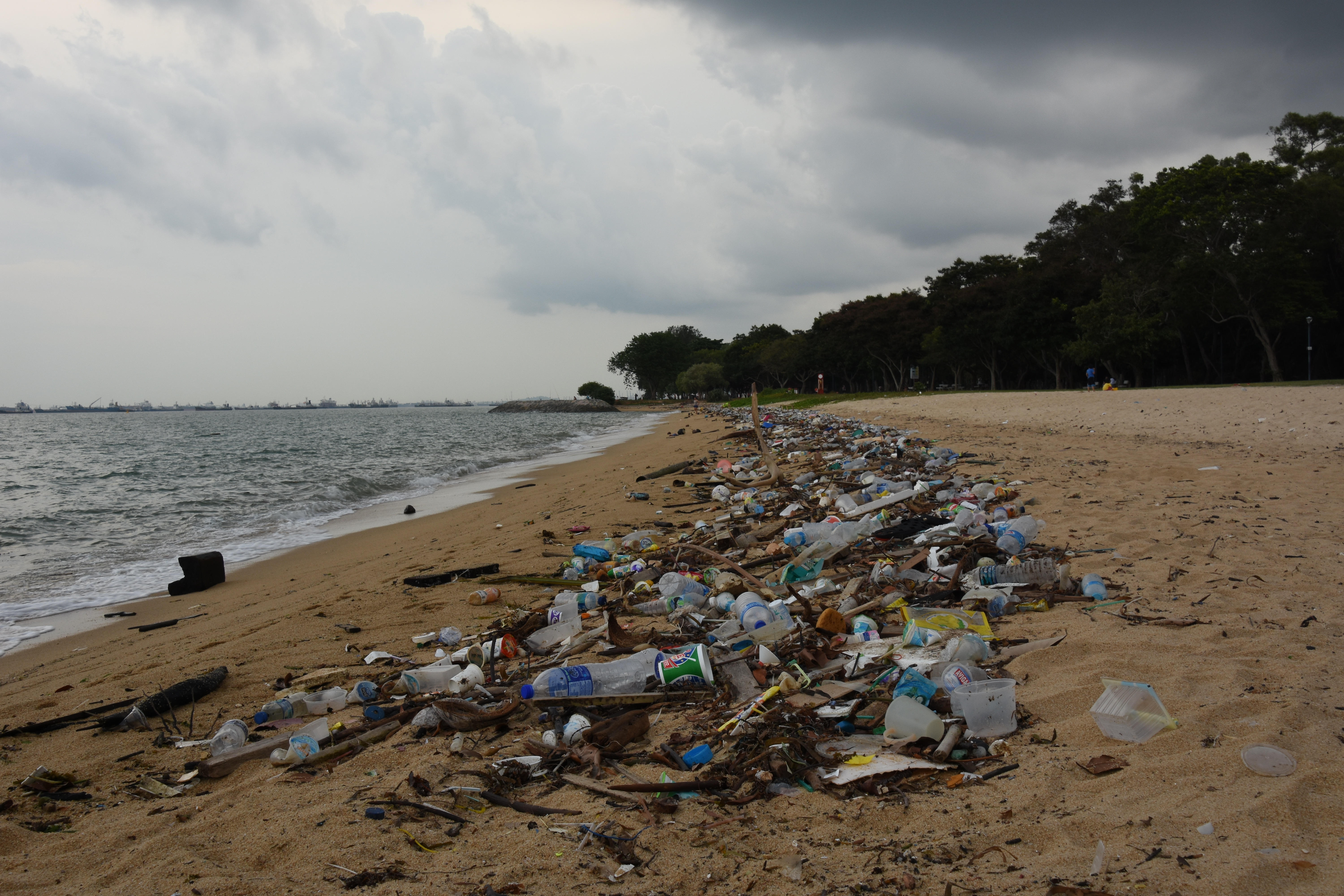 Identifying With the Enemy

Rather, we have viewed ourselves as outside it, we have seen nature as something to entertain us, as parkland in which we can play or as an exotic place to observe through a screen as a reassuring David Attenborough narrates. Instead of considering ourselves part of nature, we have seen ourselves variously conquering, taming, exploiting, eradicating it.

Derrick Jensen, sometimes described as an eco-philosopher, offers a simple, but telling life lesson. He observes that when you get your food from a convenience store and your water from a tap, your very survival comes to depend on the system that provides you with these essentials of life. You inevitably identify completely with the system that feeds and shelters you, however corrupt, however corrupting that system is. Even if it is destroying the planet.

If you hunt and forage for food, if you collect water from streams, then you identify with the land and its water sources. Their health means everything to you.

We saw those two identification systems playing out as a terrible, tragic theater of confrontation at the Standing Rock protests through 2016-17, between those trying to stop an oil pipeline that would destroy vital natural resources, risking the pollution of major rivers, and heavily armed police enforcing the system – our system – that puts corporate oil profits above the planet and our survival. 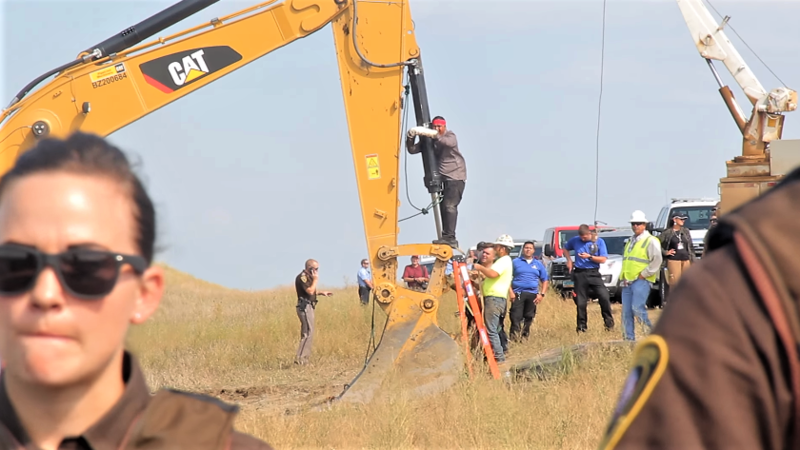 Like them, we are battle-ready, heavily armed enforcers of an ideology, an insane ideology needed to protect a self-harming, nihilistic system.

A Virus Killing Its Host

This is not a question of science. None of those charts and graphs and data are actually necessary to understand that the planet is dying, that we have become a virus gradually killing its host. That is obvious if we look inside ourselves, if we remember that we are not police officers, or civil servants, or arms makers, or oil executives, or tax collectors, or scientists. That the system is not us. That we do not have to identify with it. That we can cure ourselves by learning humility, by rediscovering our inner life, by being in nature, by reconnecting with others, with strangers, by protesting against the system and its values, by listening to those the system wants to denigrate and exclude.

In fact, most of the scientists are very much part of the problem. They, like the media, now tell us how bad things are only because the patient is on life support, because her condition is critical. But those scientists are not ecological doctors. They are not qualified to offer solutions for how to revive the patient, for how to get her back to health. Those scientists who worked their way up through the institutions that awarded their qualifications of expertise are as identified with this suicidal ideological system as the rest of us. 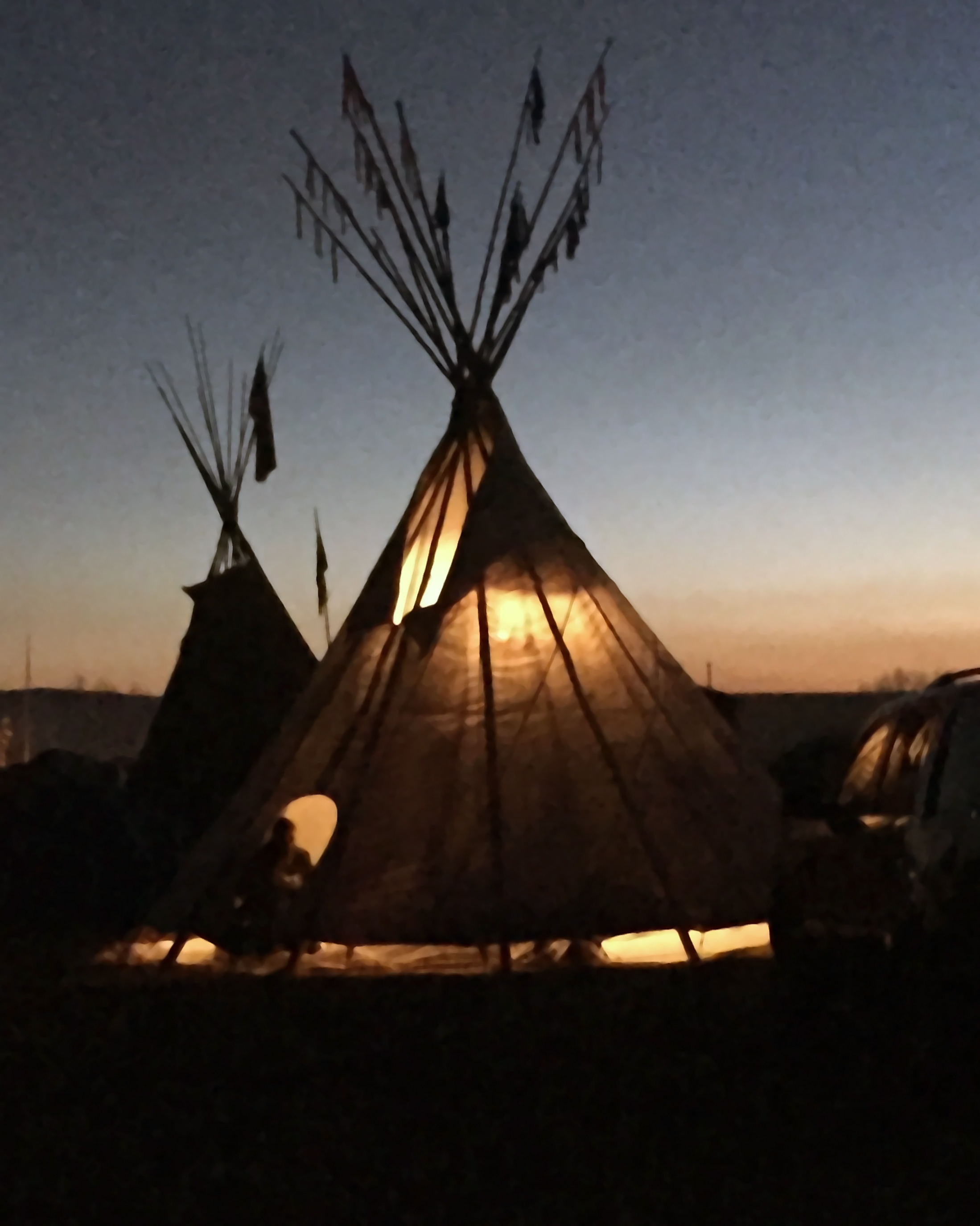 We need more ancient wisdoms, dying wisdoms, of the indigenous peoples who still try to live in nature, to live off the land and in harmony with it, even as we make the conditions to do so impossible for them. We urgently need to find ways to simplify our lives, to wean ourselves off our addictive consumption, to stop identifying with the system that is killing us, and to seek leaders who are ahead of us in that struggle for wisdom.

In my last blog post, I called for more populism – not the reactionary kind created by our current leaders to confuse us, to justify more repression, to strengthen their own hand – but a populism that seeks to take power away from those who rule over us in their own, narrow self-interest, to re-educate ourselves that the system is a menace, that we need new social, political and economic structures.

Some readers objected to my call for more Extinction Rebellions, more Greta Thunbergs, more school strikes, more Green New Deals, more climate emergencies. They believe these groups, these strategies are flawed, or even that they are colluding with our corporate rulers, coopted by the system itself.

Let us set aside for a moment the cynicism that assumes all protests to stop us killing the planet are pointless, not what they seem, or intended to derail real change.

Yes, of course, the corporations will seek to disrupt efforts to change the system they created. They will defend it – and their profits – with all their might and to the death. Yes, of course, they will seek to subvert, including from within, all protests of all kinds against that system. We cannot reach an accommodation with these structures of power. We must overthrow them. That is a given. There are no accolades for pointing out these obvious truths.

But protests are all we have. We learn from protest. From their response, their efforts to subvert, we identify more clearly who the real enemies of change are. We grow in wisdom. We find new allies. When we discover that the institutional and structural obstacles are even greater than we imagined, we learn to struggle harder, more wisely, both to change the reality outside ourselves and the reality inside. We find new values, new models, new paradigms through the struggle itself.

Extinction Rebellion and the school strikes aren’t the end of the process, our last shout. They are the very first buds of a rapid evolution in our thinking, in our understanding of where we stand in relation to the planet and the cosmos. These buds may be clipped off. But stronger, more vigorous shoots will surely replace them.

Jonathan Cook is a freelance journalist based in Nazareth. He blogs at Jonathan Cook.net.

← My Pentagon Regret
Assange Is Reportedly Gravely Ill, and Hardly Anyone’s Talking About It →

57 comments for “Science Won’t Save the Planet”