We are at the point Edward Snowden described as “turnkey tyranny.”And on Wednesday night the key was turned a bit more dramatically. Ray McGovern explains.

Gerry Condon, President of Veterans For Peace, was bloodied and “taken to ground,” on Wednesday night for trying to get food to people inside the Venezuelan Embassy in Washington. The activists inside, some of whom have lived in the embassy for weeks with permission from the Venezuelan government, are protecting the premises from protestors who support the self-declared president Juan Guaido.

With the acquiescence of Washington police and the Secret Service, the protestors have been able to block food from entering the embassy.  On Wednesday night electricity was cut to the building.  One activist tossing a loaf of bread to a window was arrested earlier this week for using a “missile.”  Now Condon has been manhandled and nabbed for throwing a cucumber.

We are at the point Edward Snowden described as “turnkey tyranny.” On Wednesday night the key was turned a bit more dramatically. Until now it has been an almost imperceptibly gradual process, like the proverbial frog in boiling water.

Photo and video of Condon’s arrest (story continues below):

My friend and colleague @RealAlexRubi captured much clearer video of the moment US @SecretService savagely arrested Vets for Peace President Gerry Condon: https://t.co/ODIDmVVRxK

Of course, this has happened before. I quoted these words in this article I wrote for Consortium News on December 27, 2007:

“There are few things as odd as the calm, superior indifference with which I and those like me watched the beginnings of the Nazi revolution in Germany, as if from a box at the theater. … Perhaps the only comparably odd thing is the way that now, years later….”

The words are those of Sebastian Haffner (pen name for Raimund Pretzel), who as a young lawyer in Berlin during the 1930s experienced the Nazi takeover, and wrote a first-hand account. His children found the manuscript when he died in 1999 and published it the following year as “Geschichte eines Deutschen” (The Story of a German).

The book became an immediate bestseller and has been translated into 20 languages—in English as “Defying Hitler.”

I recently learned from his daughter Sarah, an artist in Berlin, that today is the 100th anniversary of Haffner’s birth. She had seen an earlier article in which I quoted her father and e-mailed to ask me to “write some more about the book and the comparison to Bush’s America. … This is almost unbelievable.” 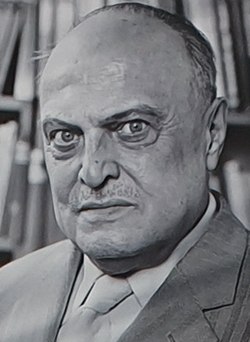 More about Haffner below. Let’s set the stage first by recapping some of what has been going on here in the U.S. that may have resonance for readers familiar with the Nazi ascendancy, noting how “odd” it is that the frontal attack on our Constitutional rights is met with such “calm, superior indifference.”

After suppressing for two and a half years the explosive story of the Bush/Cheney surveillance of Americans in gross violation of the Fourth Amendment, top New York Times officials decided to let the rest of us in on the fact that the George W. Bush administration had been eavesdropping on American citizens without the court warrants required by the Foreign Intelligence Surveillance Act (FISA) of 1978. Not to mention the U.S. Constitution.

The Times had learned of this well before the election in 2004 and acquiesced to White House entreaties to suppress the damaging information.

In late fall 2005 when Times correspondent James Risen’s book, “State of War: the Secret History of the CIA and the Bush Administration,” revealing the warrantless eavesdropping was being printed, Times publisher, Arthur Sulzberger, Jr., recognized that he could procrastinate no longer.

It would simply be too embarrassing to have Risen’s book on the street, with Sulzberger and his associates pretending that this explosive eavesdropping story did not fit Adolph Ochs’s trademark criterion: All The News That’s Fit To Print.

(The Times’ own ombudsman, Public Editor Byron Calame, branded the newspaper’s explanation for the long delay in publishing this story “woefully inadequate.”)

When Sulzberger told his friends in the White House that he could no longer hold off on publishing in the newspaper, he was summoned to the Oval Office for a counseling session with the president on Dec. 5, 2005. Bush tried in vain to talk him out of putting the story in the Times.

The truth would out; part of it, at least.

What followed struck me as bizarre. The day after the Dec. 16 Times feature article exposing the Fourth-Amendment-trashing program, the president of the United States publicly admitted to a demonstrably impeachable offense.

Authorizing illegal electronic surveillance was a key provision of the second article of impeachment against President Richard Nixon. On July 27, 1974, this and two other articles of impeachment were approved by bipartisan votes in the House Judiciary Committee. 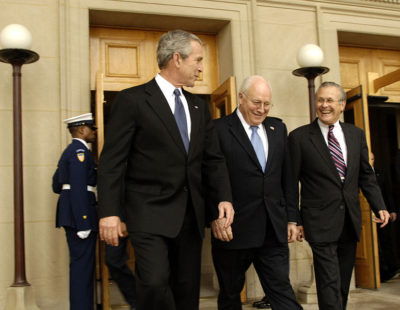 Bush took a frontal approach, Far from expressing regret, he bragged about having authorized the surveillance “more than 30 times since the September the 11th attacks,” and said he would continue to do so. The president also said:

“Leaders in Congress have been briefed more than a dozen times on this authorization and the activities conducted under it.”

On Dec. 19, 2005, then-Attorney General Alberto Gonzales and then-NSA Director Michael Hayden held a press conference to answer questions about the as yet unnamed surveillance program.

Gonzales was asked why the White House decided to flout FISA rather than attempt to amend it, choosing instead a “backdoor approach.”  He answered:

“We have had discussions with Congress…as to whether or not FISA could be amended to allow us to adequately deal with this kind of threat, and we were advised that that would be difficult, if not impossible.”

It Had to Do With Us

It was not difficult to infer that the surveillance program must have been of such scope and intrusiveness that, even amid highly stoked fear, it didn’t have a prayer for passage.

It turns out we didn’t know the half of it.

Bear in mind that when this illegal surveillance program began, it had nothing to do with terrorism, an issue that did not really appear on the new administration’s radar screen until a week before 9/11. … So this until-recently-unknown pre-9/11 facet of the “Terrorist Surveillance Program” was not related to Osama bin Laden or to whomever he and his associates might be speaking. It had to do with us.

We know that the Democrats briefed on the “Terrorist Surveillance Program” include House Speaker Nancy Pelosi, D-CA, (the one with the longest tenure on the House Intelligence Committee), Rep. Jane Harman, D-California, and former and current chairmen of the Senate Intelligence Committee, Bob Graham, D-FL, and Jay Rockefeller, D-WV, respectively.

May one interpret their lack of public comment on the news that the snooping began well before 9/11 as a sign they were co-opted and then sworn to secrecy?

It is an important question. Were the appropriate leaders in Congress informed that within days of George W. Bush’s first inauguration the NSA electronic vacuum cleaner began to suck up information on you and me, despite the FISA law and the Fourth Amendment? 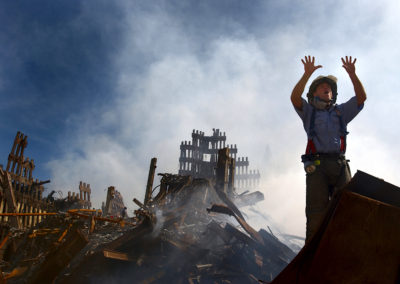 Are they all complicit? And are Democratic leaders about to cave in and grant retroactive immunity to those telecommunications corporations—AT&T and Verizon—which made millions by winking at the law and the Constitution?

(Qwest, to its credit, heeded the advice of its general counsel who said that what NSA wanted done was clearly illegal.)

What’s going on here? [December 2007] Have congressional leaders no sense for what is at stake?

Lately the adjective “spineless” has come into vogue in describing congressional Democrats—no offense to invertebrates.

Nazis and Their Enablers

You don’t have to be a Nazi. You can just be, well, a sheep.

In his journal, Sebastian Haffner decries what he calls the “sheepish submissiveness” with which the German people reacted to a 9/11-like event, the burning of the German Parliament (Reichstag) on Feb. 27, 1933.

Haffner finds it quite telling that none of his acquaintances “saw anything out of the ordinary in the fact that, from then on, one’s telephone would be tapped, one’s letters opened, and one’s desk might be broken into.”

But it is for the cowardly politicians that Haffner reserves his most vehement condemnation. Do you see any contemporary parallels here?

In the elections of March 4, 1933, shortly after the Reichstag fire, the Nazi party garnered only 44 percent of the vote. Only the “cowardly treachery” of the Social Democrats and other parties to whom 56 percent of the German people had entrusted their votes made it possible for the Nazis to seize full power. Haffner adds:

“It is in the final analysis only that betrayal that explains the almost inexplicable fact that a great nation, which cannot have consisted entirely of cowards, fell into ignominy without a fight.” 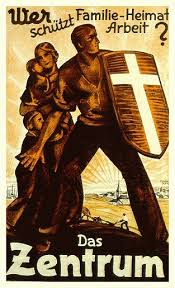 The middle-class Catholic party Zentrum folded in less than a month, and in the end supplied the votes necessary for the two-thirds majority that “legalized” Hitler’s dictatorship.

As for the right-wing conservatives and German nationalists: “Oh God,” writes Haffner, “what an infinitely dishonorable and cowardly spectacle their leaders made in 1933 and continued to make afterward. … They went along with everything: the terror, the persecution of Jews. … They were not even bothered when their own party was banned and their own members arrested.”

In sum: “There was not a single example of energetic defense, of courage or principle. There was only panic, flight, and desertion. In March 1933, millions were ready to fight the Nazis. Overnight they found themselves without leaders. … At the moment of truth, when other nations rise spontaneously to the occasion, the Germans collectively and limply collapsed. They yielded and capitulated, and suffered a nervous breakdown. … The result is today the nightmare of the rest of the world.”

This is what can happen when virtually all are intimidated.

Our Founding Fathers were not oblivious to this; thus, James Madison wrote:

“I believe there are more instances of the abridgment of freedom of the people by gradual and silent encroachments by those in power than by violent and sudden usurpations. … The means of defense against foreign danger historically have become the instruments of tyranny at home.”

We cannot say we weren’t warned.

Ray McGovern works with Tell the Word, a publishing arm of the ecumenical Church of the Saviour in inner city Washington. He was a CIA analyst for 27 years and presidential briefer and is co-founder of Veteran Intelligence Professionals for Sanity.

← The Revelations of WikiLeaks: No. 2 —The Leak That ‘Exposed the True Afghan War’
Is Leaked Document Trump’s ‘Deal of the Century?’ →

138 comments for “‘Turnkey Tyranny’ on the Streets of Washington”