The political role of the United Arab Emirates has changed dramatically since the death of its founding ruler, Shaykh Zayed bin Sultan.

He was officially succeeded by his son, Khalifah bin Zayed, in 2004 but the latter has been largely distant from governmental affairs for health and other reasons. The actual reins are held by Abu Dhabi’s highly ambitious Crown Prince Muhammad bin Zayed.  Muhammad has been the effective ruler, along with his brothers on his mother’s side, Fatimah bint Mubarak, who control all the key posts of government.

Under Shaykh Zayed, the UAE avoided internal Arab conflicts and steered its foreign policy largely according to the pan-Arab consensus.  While the country was charted by the British colonial powers it smoothly made the transition to a strong alliance with the U.S.  Despite tensions with Saudi Arabia it mainly avoided open conflicts. 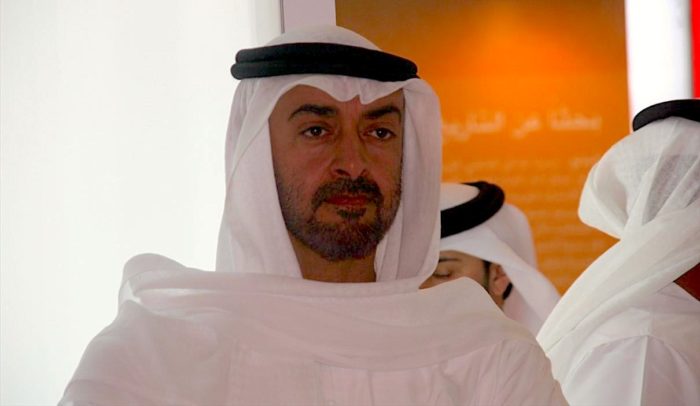 Shaykh Zayed was a loyal ally, or client, of the U.S. and its interests in the region. And while generally deferring to Saudi hegemony, he paid lip service to the pro-Palestinian sentiment of the Arab population. In the early 1970s he even welcomed Leila Khalid, the famous commander of the Popular Front for the Liberation of Palestine, to the UAE and is said to have made a donation to the PFLP (a small subset of which defected after the incident and started their own small organization).

Shaykh Zayed was uneducated and was not known for speech-making.  His country benefited from the educated Palestinian community. He also invited Muslim Brotherhood functionaries to fill various posts in justice and education ministries.

In his last year, Zayed increasingly surrendered power to his sons and his last political role was in 2003 when he proposed an initiative according to which Saddam Husain would relinquish power in return for the U.S. backing away from war with Iraq (an initiative in which neither the U.S. nor Saddam showed any interest). 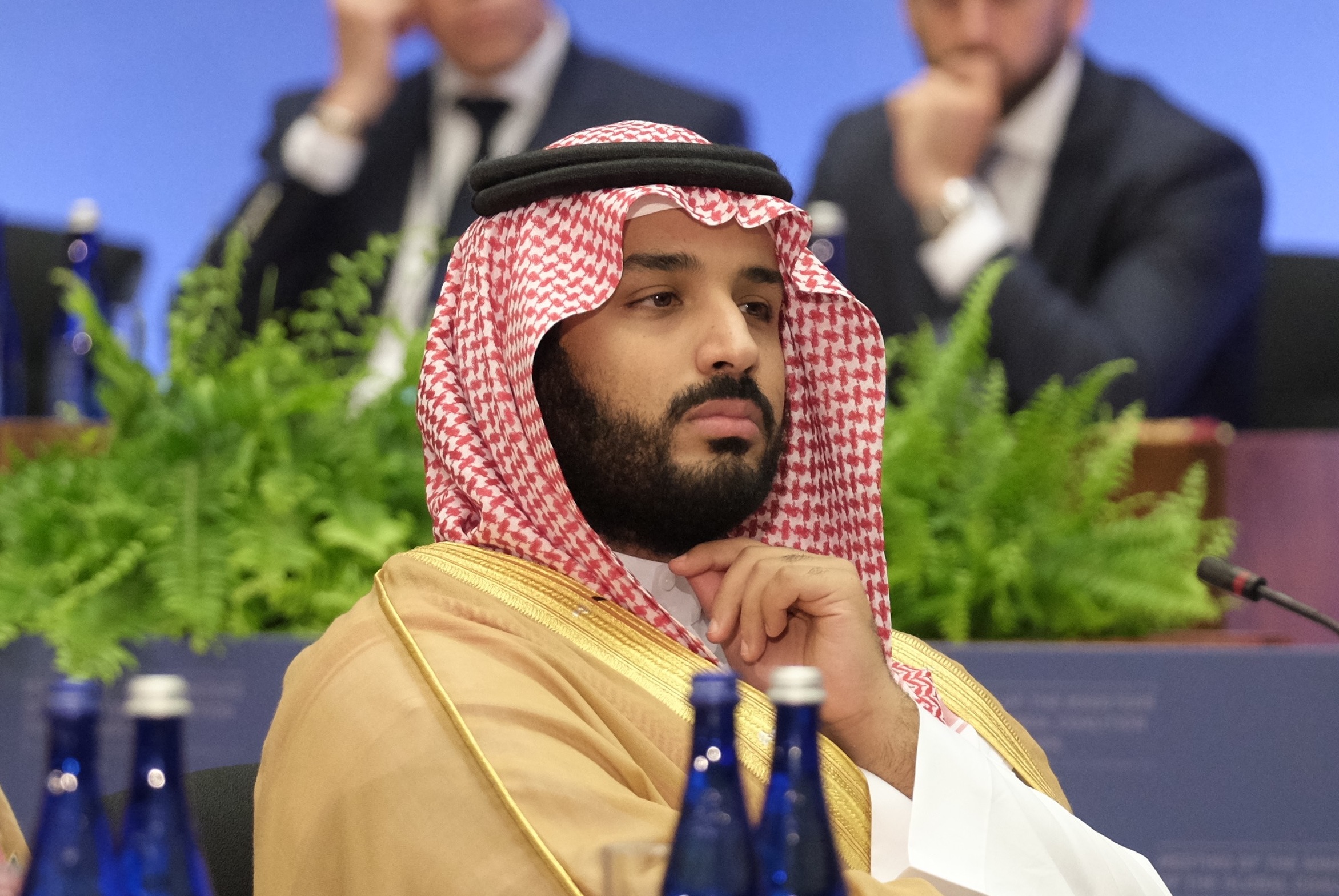 MbZ has taken the UAE in a very different direction. He has clearly wanted to make the UAE a sort of new Arab Israel, which could serve the interests of the U.S. MbZ was interested in military-intelligence affairs and built up his power from that basis.

His rule has been characterized by 1) establishment of covert, but strong relations with Israel;  2) an open war against the Muslim Brotherhood;  3) competition with Qatar and Saudi Arabia for regional dominance, especially after the demise of Saddam’s regime;  4) direct involvement in Palestinian affairs through the agency of Muhammad Dahlan, the notoriously shady Palestinian intelligence figure; and 5) heavy lobbying in Washington, with disregard for Arab public opinion on all matters.

MbZ was not satisfied with being one of many loyal allies/clients of the U.S. in the Middle East.  He has sought to rival Israel in serving as a strategic partner of the U.S. in the region and outdo Jordan in providing intelligence and military services.  His military emphasizes special forces and hosts one of the biggest U.S. intelligence stations in the world.  MbZ also invested in buying influence in Washington.

The role of his D.C. ambassador, Yousef Al-Otaiba, who courted journalists, officials, and think tank experts with unprecedented intensity, has become well-known.  UAE money flowed into think tanks, and the UAE received favorable coverage in Western media.  It also helped that Al-Otaiba established a strong friendship with the Israeli ambassador and the Israeli lobby began to promote both Saudi and UAE regime interests in Washington, after both regimes had abandoned a verbal commitment to the Palestinian cause. 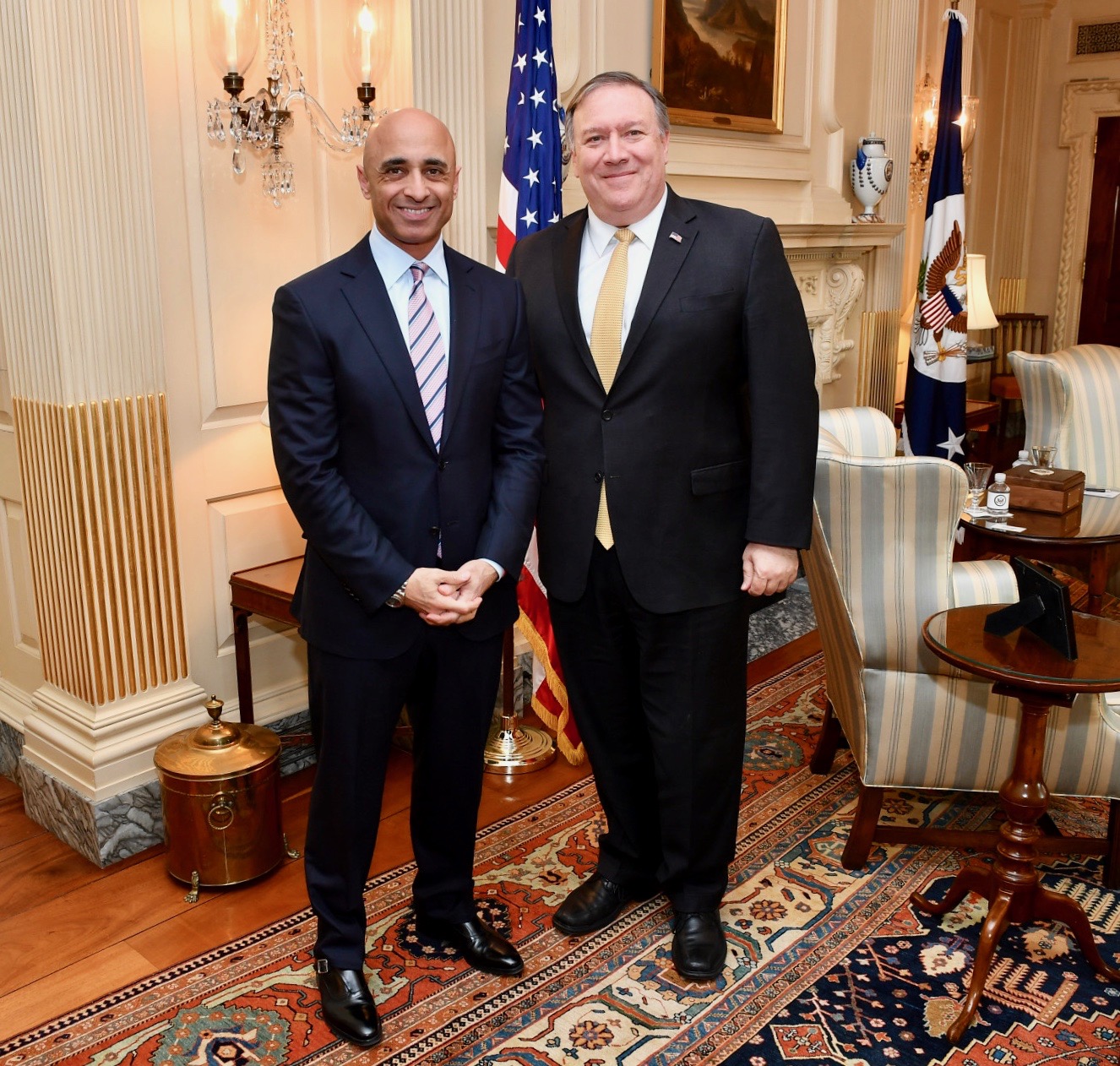 Arab lobbies — no matter what states or interests they represent, no matter how well-funded they are — can’t achieve great success without the blessings of the Israeli lobby.

The AWACs sale to Saudi Arabia during the Reagan years was an exception: a time when the Saudi regime — supported by a different Republican Party prior to the rise of the Evangelical Zionists — prevailed against the Israeli lobby.

The Saudi and UAE regime took a back seat to Qatar in 2011 and 2013.  For the first few years of the Arab uprisings, Doha was in the driver’s seat. The Saudi King, Abdullah, was too feeble to run the affairs of his own government, let alone the affairs of the Arab regional system. Qatari foreign ministers ran the Arab League in the first few years after the Arab uprisings and arranged for the ouster of Syria from the Arab League.

Qatar, after all, was celebrating the victory of its allies in the Muslim Brotherhood in Tunisia, Libya and most importantly Egypt. They also were on the ascendancy in Yemen.  The Arab counter-revolution was in Doha’s hands during this time: the Qatari regime was making sure that the popular protests didn’t get out of hand and didn’t  disturb the Arab regional system.

Quietly Sponsoring a Coup in Egypt

But the UAE was not dormant during those times. It was quietly sponsoring a coup in Egypt against the Muslim Brotherhood, and preparing for an open war against it throughout the Arab world, in every country where the Brotherhood may have had a chance of electoral success.

The UAE created a front (the Egyptian youth movement, Tamarrud) and worked with Egypt’s General Abdel Fattah el-Sisi to oust the first freely elected president in the country’s history.

It also supported the relics of the ancien regime in Tunisia, and sponsored Gen. Khalifa Haftarin in Libya.  In 2015, when Salman ascended the Saudi throne, MbZ became the chief counsel and advocate for Salman’s son MbS in Washington.

The two seemed to agree on the need to expel Qatar from the affairs of Arab politics and to engineer together a tougher war on Iran.  They both launched — with Western support — the war on Yemen assuming, wrongly, that it would be over in a few weeks.

The current era in Arab politics is largely the design of MbZ with the enthusiastic support of MbS.  But the two personalities are quite different. While MbS is flashy and outspoken, MbZ keeps a low-profile.  MbS likes to impress Western audiences (and he succeeded in doing that until the murder of Jamal Khashoggi last year). MbZ, by contrast, only cares about impressing the White House and his interlocutors in Tel Aviv.

MbZ is now trying to influence events in Sudan and Algeria where he maintains close ties to the ruling militaries and wants to prevent democratic rule in both countries. Protest signs against UAE and Saudi intervention were visible in Sudanese demonstrations that led last month to the fall of  President Omar al-Bashir (MbZ intelligence advisor, Muhammad Dahlan, visited Sudan the other day).

In Yemen, MbZ has been quite assertive and even clashed with the Saudi regime to promote his own clients there. The ability of MbZ to continue playing his leadership role on behalf of the U.S. and Israel may not last forever. In the meantime, however, MbZ has emerged as Israel’s enforcer in the region; a role that is bound to earn him accolades in Washington, and especially on Capitol Hill.

14 comments for “THE ANGRY ARAB: The UAE and the Arab Counter-Revolution”