Julian Assange’s Australian lawyer and his EU advisor say the publisher should not be tried in social media and must be given a fair hearing in court.

By Greg Barns and Lisanne Adam
Special to Consortium News

On Thursday this week WikiLeaks founder Julian Assange will face a London court. This hearing relates to the request by the United States to extradite Assange to that country to face a computer hacking charge carrying a maximum penalty of five years. No doubt social media will be alive with commentary, support, abuse and everything in between concerning Assange’s plight.

When, after almost seven years, on April 11, 2019, Assange was arrested on Ecuadorian soil and taken into custody by U.K. police, social media exploded with the pro- and anti-Assange forces countering each other, and there has been a deluge of commentary about WikiLeaks and Assange the man. But much of what passes for comment about Assange on social media outlets like Twitter and Facebook ignores some fundamental issues and facts about this extraordinary case. It is important to restate them in the hope, vain though it may be, that social media comment about Assange and WikiLeaks is at least well informed and deals with what is actually at stake in his case.

There is firstly the issue of Assange’s breaching bail in 2012 and seeking asylum in the Ecuadorian embassy in London. This was never a case of an individual seeking to flee from justice. To see Assange’s actions in this light is to ignore the fundamental right every person has to seek asylum if they have a well-founded fear of persecution based on political opinion. In his case the fear was Sweden would detain him and then hand him over to the United States. Sweden refused to assure him it would not.  We must also remember that Assange did not “hide” in the embassy, like a fugitive. He was detained because he had no choice — leave and be arrested was not a viable option.

It is also essential that Assange’s right to a fair trial be respected. The opinions on his arrests, his alleged (mis-)conduct and his persona has essentially involved many on social media engaging in the classic “trial by media.”  The ongoing discussions about this on media platforms got divided in two camps: Assange is either a villain who deserves what he got or a hero who disclosed information that the public had a right to know. 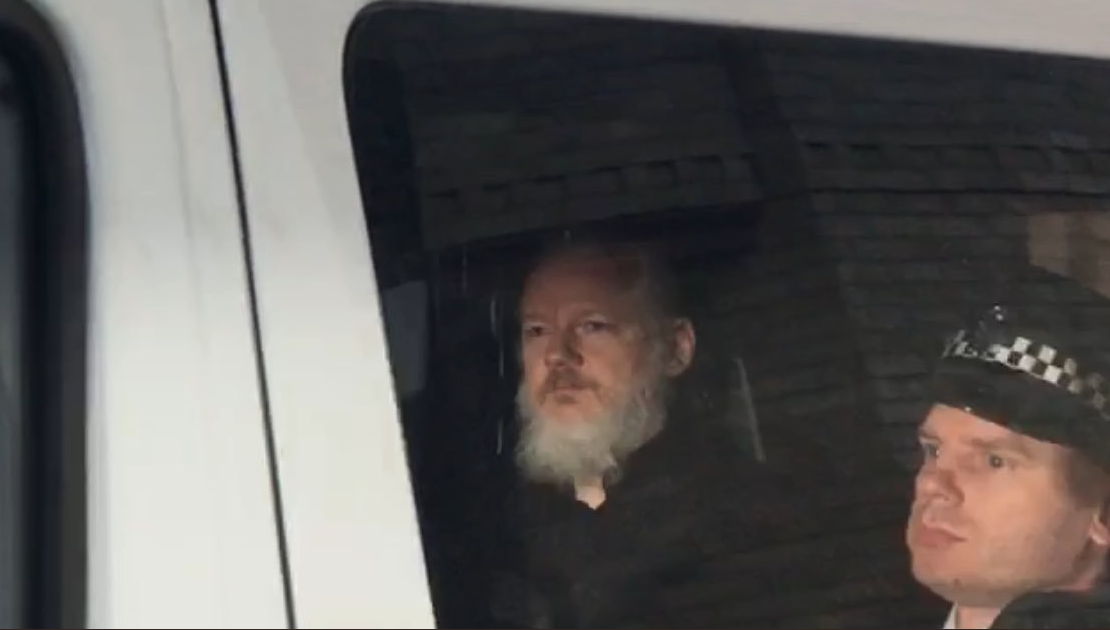 Assange’s case has, and is being decided upon by millions of social media judges around the world who are finding him guilty of hacking, espionage and sexual misconduct. And many of these same social media judges are deliberating on Assange’s extradition fight and the role of Sweden and the United States. Moreover, his trial on social media leads inevitably to the persecution by non-state actors in the form of harassment to WikiLeaks, Assange and to those close to him.

One issue is of particular concern. It is particularly troubling that many on social media are misleading others into thinking that there are legal proceedings afoot in Sweden today. This assertion is simply wrong. Assange has never been charged in Sweden, the investigation into the alleged sexual misconduct was closed, twice. There are only two live issues before the courts, leaving aside the sentencing for breach of bail. They are, the extradition request and the accompanying charges brought by the U.S. in respect of which there is a real possibility that once on U.S. soil, Assange will face an inhumane and degrading treatment, torture and an unfair trial. It is to be expected Assange will receive a similar treatment as his collaborator, Chelsea Manning, who is currently detained due to her unwillingness to testify to a grand jury investigation into WikiLeaks.

We simply say this to social media participants. Don’t judge Assange’s case on its presentation in the political arena, in the news or in the analysis of others on social media. Moreover, don’t let the procedure in Assange’s trial set a dangerous precedent for future, similar cases. The legal proceedings involving him must be decided by an impartial judge respecting and following the rule of law.  His case has to be judged fairly on the merits and on actual evidence rather than on conspiracy theories or political games. The right to a fair trial entails the right to defend oneself, access to a lawyer, a hearing with an impartial judge and the respect to all the procedural requirements to minimize the risk on other potential breaches of fundamental rights. There is no exception to these fundamental rights in Assange’s case. Respecting Assange’s fair trial and the rule of law, will benefit justice.

Greg Barns is a barrister in Australia and Australian legal adviser to Julian Assange. Lisanne Adam is a consultant on EU human rights law based in Melbourne, Australia.

← A Warning to Non-Citizen Soldiers & Vets
VIPS: Extradition of Julian Assange Threatens Us All →