As’ad AbuKhalil explains why Palestinians will see through the latest U.S. illusion of a Middle East “peace process.”

There is great speculation about the “Deal of the Century” for the Middle East, about which very little is known. What is known is that the Trump administration formulated the plan basically through bilateral talks with the Israeli government, as the Palestinian Authority has refused to talk to the Trump administration since the relocation of the U.S. embassy from occupied Jaffa (Tel Aviv) to occupied Jerusalem.

The release of the plan has been delayed: first until after the Israeli election and now until sometime in the summer. None of the individuals tasked with formulating the plan have expertise in the Middle East, although in Washington, D.C., strong advocacy on behalf of the Israeli occupation often counts as a substitute.

This plan will be the latest attempt by a U.S. administration to resolve the Arab-Israeli conflict — once and for all.  There was the Nixon administration’s famous Rogers’ Plan (named after Secretary of State William Rogers, who later resigned after complaining about National Security Advisor Henry Kissinger’s usurpation of his authority).

Before the Nixon administration, President John F. Kennedy also tried to deal with the Arab-Israeli conflict only to be rebuffed by strong Zionist figures within the Democratic Party.

The origins of U.S. intervention were initially clear: that the U.S. would push for a deal based on UN Security Council Resolution  242, which calls on Israel to withdraw from “territories” it occupied in the 1967 war in return for Arab recognition and acceptance of the Israeli occupation state within the 1948 occupation. But Kissinger attached a secret appendix to the Sinai II agreement in 1975 (between Egypt and Israel) in which he pledged to boycott and ostracize the PLO, which all Arabs accepted as the legitimate and sole representative of the Palestinian people.  This exclusion of Palestinian political representation was consistent with UNSC 242, which did not mention the word “Palestinian” once, although it made a passing reference to the “refugee problem.”

And while the management of the American-led “peace process” was, during the early decades, handled by Middle East experts (known then as “Arabists,”) strong Zionist influences in successive U.S. administrations and houses of Congress marginalized their influence and slowed down the progress of the “process” — in terms of U.S. pressure on Israel.

But the American-led “peace process” lived on for decades, not as a testimony of U.S. interest in peace in the Middle East, nor as evidence of American interest in solving the Palestinian problem, but as a way to provide Israeli occupation and aggression with a cloak of international legitimacy and to give Palestinians the illusion of “progress.” 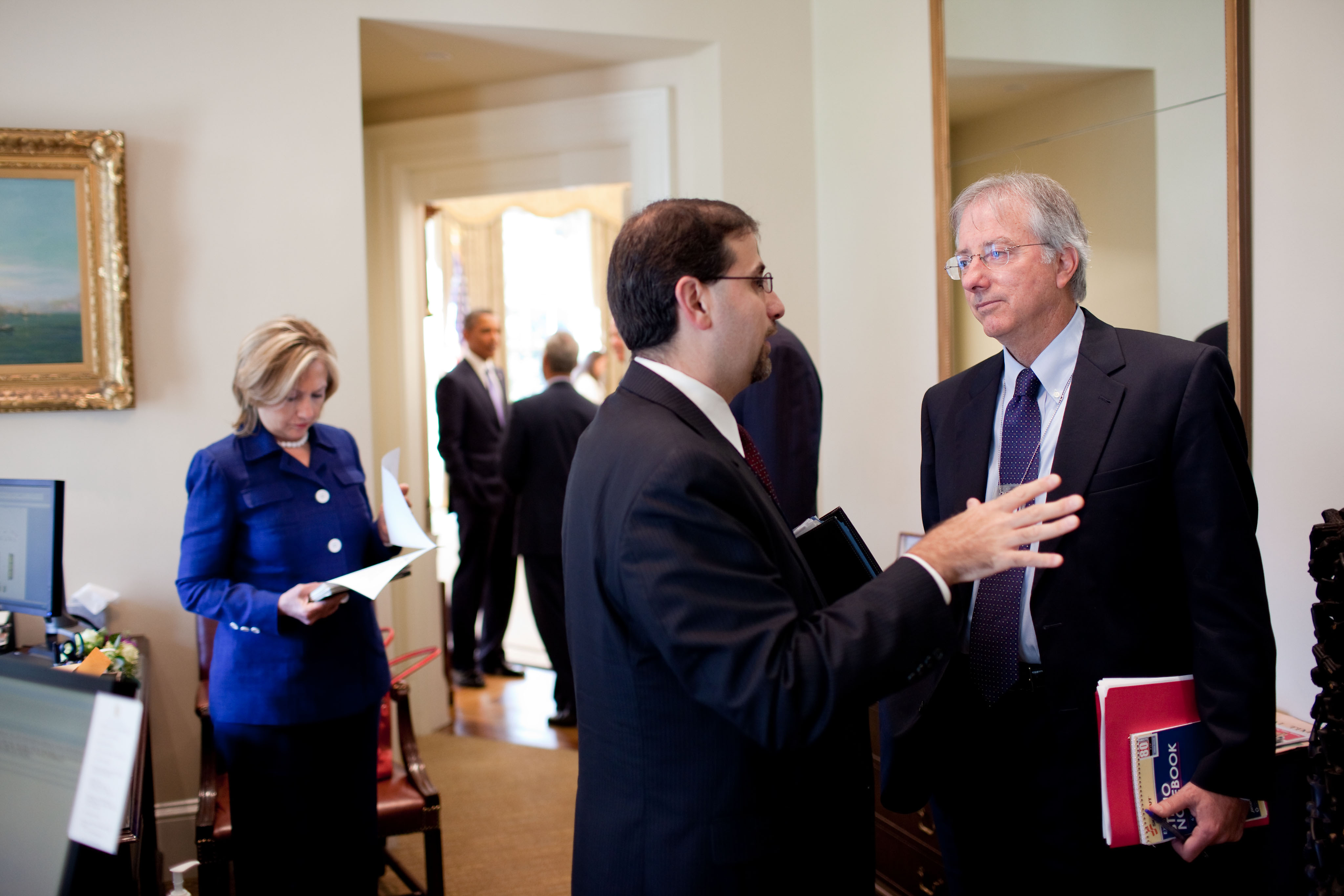 The “peace process” underwent major transformations over the years, largely to accommodate Israeli needs and preferences.  The Rogers’ Plan started as a response to Egyptian President Gamal Abdel Nasser’s emphasis on a “comprehensive and just” peace, which clearly precluded separate deals between Israel and any Arab state. It was this which prevented King Hussein of Jordan from reaching a separate deal with Israel.

Nevertheless, President Jimmy Carter brokered the Camp David Accords between Egypt and Israel (which basically committed the U.S. to provide the Egyptian despot, President Anwar Sadat and his successors, with an annual large bribe to maintain peace with Israel despite the disapproval of the Egyptian people).  With Camp David, the “peace process” was splintered into separate “peace” deals.

The U.S. official ban on contact with the PLO was removed in the Reagan administration when Yasser Arafat agreed to read a statement faxed to him — word-for-word — by the U.S. Department of State.  The PLO was allowed into the “peace process” but only on conditions set by Israel: that the agenda would be set by U.S. and Israel and not by any Arab party.

Initially, the U.S. worked for decades to sidestep PLO participation by anointing the Jordanian king (who is remembered by the Palestinians for the massacres of Black September in 1970) as the representative of both Jordan and the Palestinian people. But the Intifada in 1987 finally convinced the U.S. that the Palestinians are determined to insist on their self-determination.  And during the George W. Bush administration the idea of a Palestinian state was finally formally advocated by the U.S. but only within boundaries set by Israel.

The new “Deal of the Century” is not a mystery.  We can read the writing on the wall and on the ground in Palestine.  The U.S. is working on a formula that does not necessarily operate on the assumption that the creation of a Palestinian state is a prerequisite for peace.  Furthermore, the U.S. plans to reduce the size of the Palestinian territory which would be theoretically managed by the Palestinian people.  The Palestinians have historically insisted on liberating 100 percent of their homeland, i.e. historic Palestine in which the Palestinians have enjoyed a majority for many centuries, and in which the Jews — as a small minority — were considered part of the local native population.

But the Zionist forces — through terrorism and through Western indulgences — persuaded Western powers that Palestinian rights to 1948 Palestine (what became declared by force as “Israel” in 1948) should never be acknowledged.

With that principle, Western powers worked to convince Palestinians to confine their national aspirations to no more than 45 percent (in the UN Partition plan of 1947) and then to no more than 22 percent since 1967. With the U.S. entry into direct negotiations with Palestinian representatives since the Madrid Conference of 1991 (disguised as non-PLO), the Palestinians were told that they can have a homeland over most —but not all — the West Bank and Gaza and East Jerusalem. But the American stance was not categorical because it always left it to Israel to decide on how much of the 22 percent of Palestine should the Palestinians have control over, and under which juridical conditions. 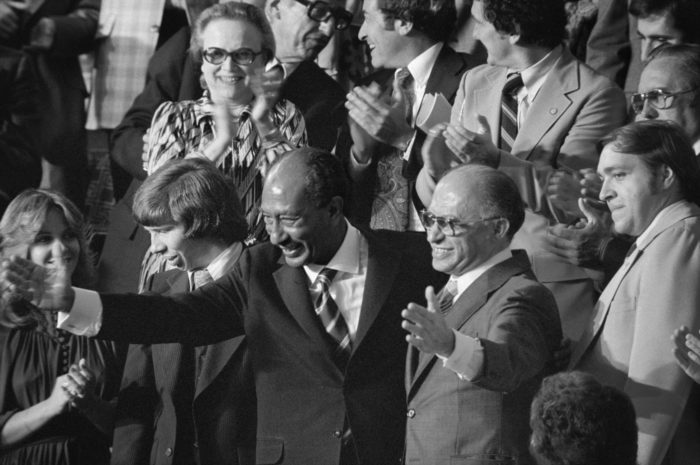 Sovereignty over those small Palestinian areas won’t be considered as the U.S. and Israel both have recently reneged on previous promises of statehood. Instead, the plan will revert to what Israel’s Menachem Begin called “autonomy” (under the Camp David negotiations), according to which the Palestinians will exercise limited municipal management of their areas (trash collection, postal service, sewage, etc).

But it is quite clear that the Palestinians who had rejected such plans in a previous century won’t agree to them now, especially that the octogenarian Mahmoud Abbas (who is already despised and detested by his people for his corruption and fealty to the occupation) won’t dare agree to what Arafat before him had rejected.

But Trump and his team assume that an infusion of foreign aid and new business in Palestinian areas would serve as a compensation to the Palestinians for the loss of their homeland.   But that assumption is based on a false premise: that people live by bread alone.

If you value this original article, please consider making a donation to Consortium News so we can bring you more stories like this one. Please give to our spring fund drive, by clicking Donate.

22 comments for “THE ANGRY ARAB: Deal of the Century? Which Century?”