The U.S. has indicted Julian Assange for encouraging his source to give more information and for trying to protect his source’s identity, what all journalists routinely do, said one of the greatest investigative journalists of our time.

Parry is writing here about the Obama administration’s attempt to indict Assange for simply doing what all investigative journalists, including Parry, do all the time: namely encourage their sources to turn over secret information even if the sources have to break the law to do so. While the Obama DOJ eventually decided against indictment because it would cross the red line of criminalizing journalism, the Trump administration has crossed that very line on the very same evidence the Obama administration rejected. This is an especially prescient and relevant article from the late founder of Consortium News, written just eight months after the release of the Collateral Murder video.

Whatever the unusual aspects of the case, the Obama administration’s reported plan to indict WikiLeaks founder Julian Assange for conspiring with Army Pvt. Bradley Manning to obtain U.S. secrets strikes at the heart of investigative journalism on national security scandals.

That’s because the process for reporters obtaining classified information about crimes of state most often involves a journalist persuading some government official to break the law either by turning over classified documents or at least by talking about the secret information. There is almost always some level of “conspiracy” between reporter and source.

Contrary to what some outsiders might believe, it’s actually quite uncommon for sensitive material to simply arrive “over the transom” unsolicited. Indeed, during three decades of reporting on these kinds of stories, I can only recall a few secret documents arriving that way to me.

In most cases, I played some role – either large or small – in locating the classified information or convincing some government official to divulge some secrets. More often than not, I was the instigator of these “conspiracies.”

My “co-conspirators” typically were well-meaning government officials who were aware of some wrongdoing committed under the cloak of national security, but they were never eager to put their careers at risk by talking about these offenses. I usually had to persuade them, whether by appealing to their consciences or by constructing some reasonable justification for them to help.

Assange: Did what journalists do.

Other times, I was sneaky in liberating some newsworthy classified information from government control. Indeed, in 1995, Consortiumnews.com was started as a way to publish secret and top-secret information that I had discovered in the files of a closed congressional inquiry during the chaotic period between the Republicans winning the 1994 elections and their actual takeover of Congress in early 1995.

In December 1994, I asked for and was granted access to supposedly unclassified records left behind by a task force that had looked into allegations that Ronald Reagan’s campaign had sabotaged President Jimmy Carter’s hostage negotiations with Iran in 1980.

To my surprise, I discovered that the investigators, apparently in their haste to wrap up their work, had failed to purge the files of all classified material. So, while my “minder” wasn’t paying attention to me, I ran some of the classified material through a copier and left with it in a folder. I later wrote articles about these documents and posted some on the Internet.

Such behavior – whether cajoling a nervous government official to expose a secret or exploiting some unauthorized access to classified material – is part of what an investigative journalist does in covering national security abuses. The traditional rule of thumb has been that it’s the government’s job to hide the secrets and a reporter’s job to uncover them.

“The process for reporters obtaining classified information about crimes of state most often involves a journalist persuading some government official to break the law either by turning over classified documents or at least by talking about the secret information. There is almost always some level of ‘conspiracy’ between reporter and source.”

In the aftermath of significant leaks, the government often tries to convince news executives to spike or water down the stories “for the good of the country.” But it is the news organization’s ultimate decision whether to comply or to publish.

Historically, most of these leaks have caused the government some short-term embarrassment (although usually accompanied by exaggerated howls of protests). In the long run, however, the public has been served by knowing about some government abuse. Reforms often follow as they did during the Iran-Contra scandal that I was involved in exposing in the 1980s.

Yet, in the WikiLeaks case – instead of simply complaining and moving on – the Obama administration appears to be heading in a direction not seen since the Nixon administration sought to block the publication of the Pentagon Papers secret history of the Vietnam War in 1971.

In doing so, the Obama administration, which came to power vowing a new era of openness, is contemplating a novel strategy for criminalizing traditional journalistic practices, while trying to assure major U.S. news outlets that they won’t be swept up in the Assange-Manning dragnet.

The New York Times reported on Thursday that federal prosecutors were reviewing the possibility of indicting Assange on conspiracy charges for allegedly encouraging or assisting Manning in extracting “classified military and State Department files from a government computer system.”

The Times article by Charlie Savage notes that if prosecutors determine that Assange provided some help in the process, “they believe they could charge him as a conspirator in the leak, not just as a passive recipient of the documents who then published them.

“Among materials prosecutors are studying is an online chat log in which Private Manning is said to claim that he had been directly communicating with Mr. Assange using an encrypted Internet conferencing service as the soldier was downloading government files. Private Manning is also said to have claimed that Mr. Assange gave him access to a dedicated server for uploading some of them to WikiLeaks.

“Adrian Lamo, an ex-hacker in whom Private Manning confided and who eventually turned him in, said Private Manning detailed those interactions in instant-message conversations with him. He said the special server’s purpose was to allow Private Manning’s submissions to ‘be bumped to the top of the queue for review.’ By Mr. Lamo’s account, Private Manning bragged about this ‘as evidence of his status as the high-profile source for WikiLeaks.’”

Though some elements of this suspected Assange-Manning collaboration may be technically unique because of the Internet’s role – and that may be a relief to more traditional news organizations like the Times, which has published some of the WikiLeaks documents – the underlying reality is that what WikiLeaks has done is essentially “the same wine” of investigative journalism in “a new bottle” of the Internet.

“In most cases, I played some role – either large or small – in locating the classified information or convincing some government official to divulge some secrets. More often than not, I was the instigator of these “conspiracies.”

By shunning WikiLeaks as some deviant journalistic hybrid, mainstream U.S. news outlets may breathe easier now but may find themselves caught up in a new legal precedent that could be applied to them later.

As for the Obama administration, its sudden aggressiveness in divining new “crimes” in the publication of truthful information is especially stunning when contrasted with its “see no evil” approach toward openly acknowledged crimes committed by President George W. Bush and his subordinates, including major offenses such as torture, kidnapping and aggressive war. 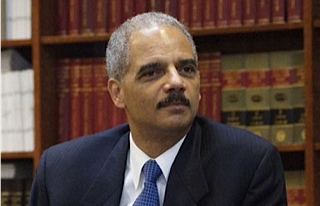 The possibility of an indictment of Assange no longer seems to me like rampant paranoia. Initially, I didn’t believe that the Obama administration was serious in stretching the law to find ways to prosecute Assange and to shut down WikiLeaks.

But then there was the pressure on WikiLeaks’ vendors such as Amazon.com and PayPal along with threats from prominent U.S. political figures, spouting rhetoric about Assange as a “terrorist” comparable to Osama bin Laden and a worthy target of assassination.

Normally, when people engage in such talk of violence, they are the ones who attract the attention of police and prosecutors. In this case, however, the Obama administration appears to be bowing to those who talk loosely about murdering a truth-teller.

Attorney General Eric Holder announced last week that he has taken “significant” steps in the investigation, a possible reference to what an Assange lawyer said he had learned from Swedish authorities about a secret grand jury meeting in Northern Virginia.

The Times reported, “Justice Department officials have declined to discuss any grand jury activity. But in interviews, people familiar with the case said the department appeared to be attracted to the possibility of prosecuting Mr. Assange as a co-conspirator to the leaking because it is under intense pressure to make an example of him as a deterrent to further mass leaking of electronic documents over the Internet.

“By shunning WikiLeaks as some deviant journalistic hybrid, mainstream U.S. news outlets may breathe easier now but may find themselves caught up in a new legal precedent that could be applied to them later.”

“By bringing a case against Mr. Assange as a conspirator to Private Manning’s leak, the government would not have to confront awkward questions about why it is not also prosecuting traditional news organizations or investigative journalists who also disclose information the government says should be kept secret — including The New York Times, which also published some documents originally obtained by WikiLeaks.”

In other words, the Obama administration appears to be singling out Assange as an outlier in the journalistic community who is already regarded as something of a pariah. In that way, mainstream media personalities can be invited to join in his persecution without thinking that they might be next.

Though American journalists may understandably want to find some protective cover by pretending that Julian Assange is not like us, the reality is – whether we like it or not – we are all Julian Assange.

Robert Parry broke many of the Iran-Contra stories in the 1980s for the Associated Press and Newsweek. He founded Consortiumnews in 1995.

If you valued this original article please consider making a donation to Consortium News during its Spring Fund Drive so we can bring you more stories like this one.

← How Ecuador’s President Gave Up Assange
Behind the Omar Outrage: Suppressed History of 9/11 →

35 comments for “ROBERT PARRY: All Investigative Journalists Do What Julian Assange Did”