Assange and WikiLeaks allowed us to see the inner workings of empire — the most important role of a press — and for this they became empire’s prey, writes Chris Hedges of Truthdig.

The arrest Thursday of Julian Assange eviscerates all pretense of the rule of law and the rights of a free press. The illegalities, embraced by the Ecuadorian, British and U.S. governments, in the seizure of Assange are ominous. They presage a world where the internal workings, abuses, corruption, lies and crimes, especially war crimes, carried out by corporate states and the global ruling elite will be masked from the public. They presage a world where those with the courage and integrity to expose the misuse of power will be hunted down, tortured, subjected to sham trials and given lifetime prison terms in solitary confinement. They presage an Orwellian dystopia where news is replaced with propaganda, trivia and entertainment. The arrest of Assange, I fear, marks the official beginning of the corporate totalitarianism that will define our lives. 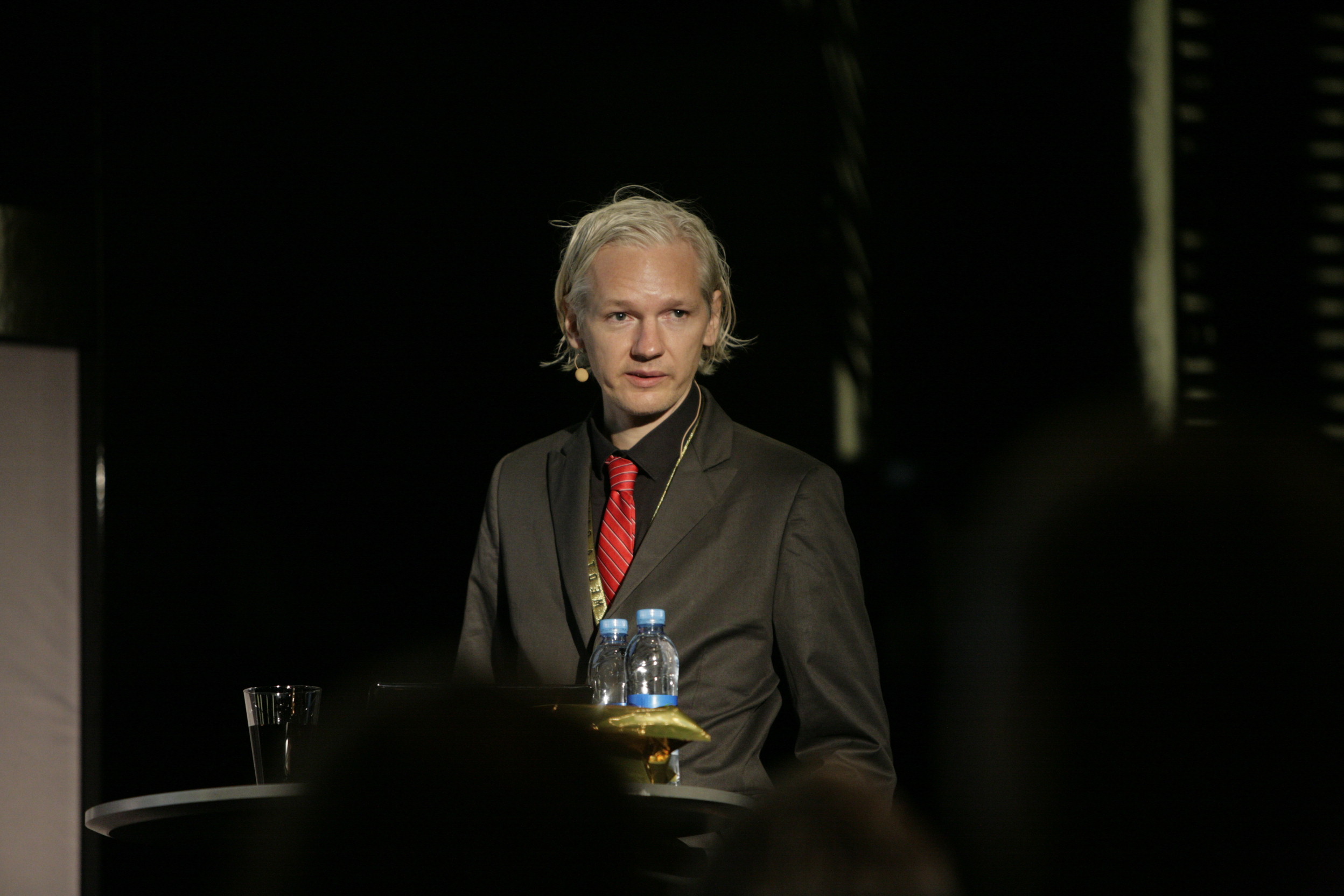 Assange giving a talk in 2009. (New Media Days via Flickr) 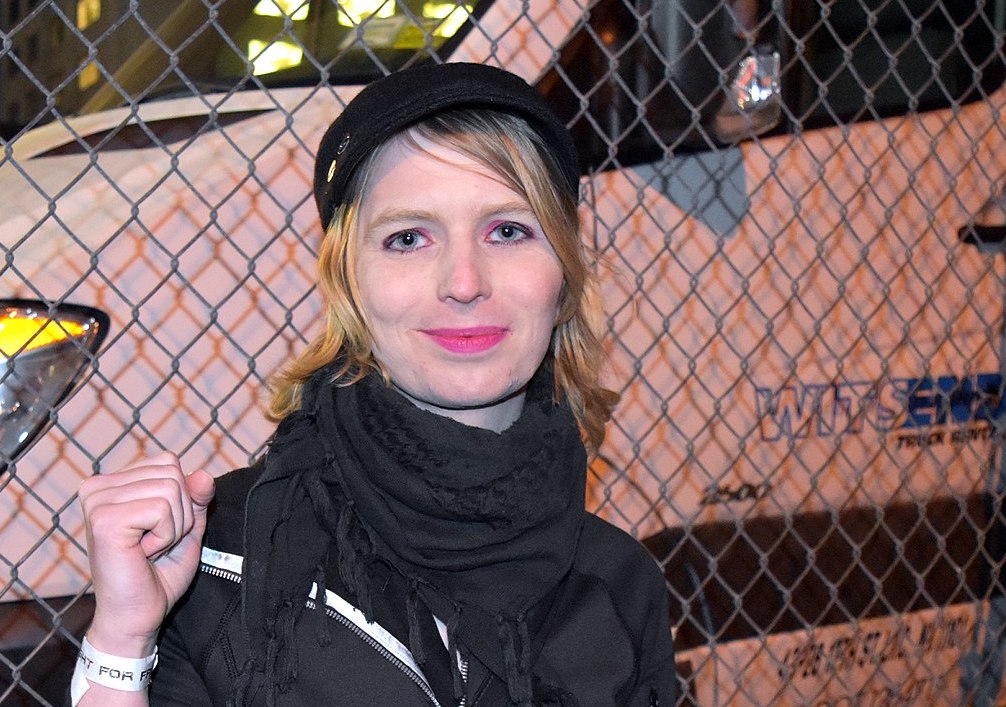 Assange was granted asylum in the embassy in 2012 to avoid extradition to Sweden to answer questions about sexual offense allegations that were eventually dropped. Assange and his lawyers always argued that if he was put in Swedish custody he would be extradited to the United States. Once he was granted asylum and Ecuadorian citizenship the British government refused to grant Assange safe passage to the London airport, trapping him in the embassy for seven years as his health steadily deteriorated.

The Trump administration will seek to try Assange on charges that he conspired with Manning in 2010 to steal the Iraq and Afghanistan war logs obtained by WikiLeaks. The half a million internal documents leaked by Manning from the Pentagon and the State Department, along with the 2007 video of U.S. helicopter pilots nonchalantly gunning down Iraqi civilians, including children, and two Reuters journalists, provided copious evidence of the hypocrisy, indiscriminate violence, and routine use of torture, lies, bribery and crude tactics of intimidation by the U.S. government in its foreign relations and wars in the Middle East. Assange and WikiLeaks allowed us to see the inner workings of empire—the most important role of a press—and for this they became empire’s prey.

U.S. government lawyers will attempt to separate WikiLeaks and Assange from The New York Times and the British newspaper The Guardian, both of which also published the leaked material from Manning, by implicating Assange in the theft of the documents. Manning was repeatedly and often brutally pressured during her detention and trial to implicate Assange in the seizure of the material, something she steadfastly refused to do. She is currently in jail because of her refusal to testify, without her lawyer, in front of the grand jury assembled for the Assange case. President Barack Obama granted Manning, who was given a 35-year sentence, clemency after she served seven years in a military prison.

Once the documents and videos provided by Manning to Assange and WikiLeaks were published and disseminated by news organizations such as The New York Times and The Guardian, the press callously, and foolishly, turned on Assange. News organizations that had run WikiLeaks material over several days soon served as conduits in a black propaganda campaign to discredit Assange andWikiLeaks. This coordinated smear campaign was detailed in a leaked Pentagon document prepared by the Cyber Counterintelligence Assessments Branch and dated March 8, 2008. The document called on the U.S. to eradicate the “feeling of trust” that is WikiLeaks’ “center of gravity” and destroy Assange’s reputation.

Assange, who with the Manning leaks had exposed the war crimes, lies and criminal manipulations of the George W. Bush administration, soon earned the ire of the Democratic Party establishment by publishing 70,000 hacked emails belonging to the Democratic National Committee (DNC) and senior Democratic officials. The emails were copied from the accounts of John Podesta, Hillary Clinton’s campaign chairman. The Podesta emails exposed the donation of millions of dollars from Saudi Arabia and Qatar, two of the major funders of Islamic State, to the Clinton Foundation. It exposed the $657,000 that Goldman Sachs paid to Hillary Clinton to give talks, a sum so large it can only be considered a bribe. It exposed Clinton’s repeated mendacity. She was caught in the emails, for example, telling the financial elites that she wanted “open trade and open borders” and believed Wall Street executives were best positioned to manage the economy, a statement that contradicted her campaign statements. It exposed the Clinton campaign’s efforts to influence the Republican primaries to ensure that Trump was the Republican nominee. It exposed Clinton’s advance knowledge of questions in a primary debate. It exposed Clinton as the primary architect of the war in Libya, a war she believed would burnish her credentials as a presidential candidate. Journalists can argue that this information, like the war logs, should have remained hidden, but they can’t then call themselves journalists.

The Democratic leadership, intent on blaming Russia for its election loss, charges that the Podesta emails were obtained by Russian government hackers, although James Comey, the former FBI director, has conceded that the emails were probably delivered to WikiLeaks by an intermediary. Assange has said the emails were not provided by “state actors.” 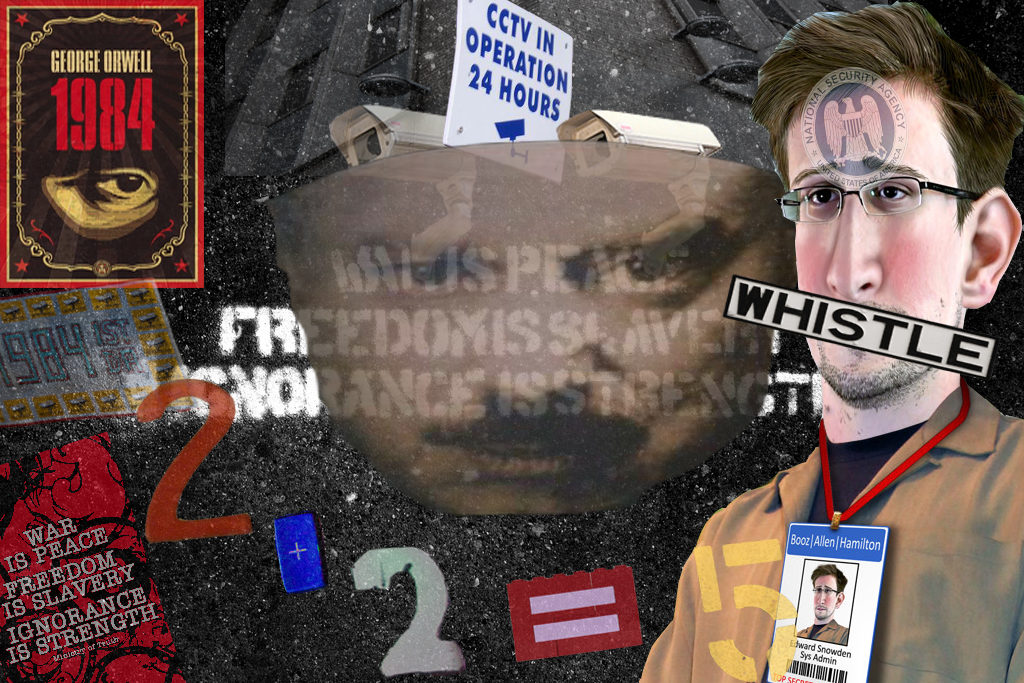 WikiLeaks has done more to expose the abuses of power and crimes of the American Empire than any other news organization. In addition to the war logs and the Podesta emails, it made public the hacking tools used by the CIA and the National Security Agency and their interference in foreign elections, including in the French elections. It disclosed the internal conspiracy against British Labour Party leader Jeremy Corbyn by Labour members of Parliament. It intervened to save Edward Snowden, who made public the wholesale surveillance of the American public by our intelligence agencies, from extradition to the United States by helping him flee from Hong Kong to Moscow. The Snowden leaks also revealed that Assange was on a U.S. “manhunt target list.”

We all must resist. We must, in every way possible, put pressure on the British government to halt the judicial lynching of Assange. If Assange is extradited and tried, it will create a legal precedent that will terminate the ability of the press, which Trump repeatedly has called “the enemy of the people,” to hold power accountable. The crimes of war and finance, the persecution of dissidents, minorities and immigrants, the pillaging by corporations of the nation and the ecosystem and the ruthless impoverishment of working men and women to swell the bank accounts of the rich and consolidate the global oligarchs’ total grip on power will not only expand, but will no longer be part of public debate. First Assange. Then us.

This article was originally published on Truthdig and is republished with permission.

Chris Hedges is a Truthdig columnist, a Pulitzer Prize-winning journalist, a New York Times best-selling author, a professor in the college degree program offered to New Jersey state prisoners by Rutgers University, and an ordained Presbyterian minister. Read more about him here. This column first appeared in Truthdig.

← The Assange Arrest: You Have the Right to Remain Silent
Julian Assange’s Nightmarish Future →

86 comments for “CHRIS HEDGES: The Martyrdom of Julian Assange”