Daniel Lazare reviews George Papadopoulos’s book about his misadventures with a nest of intelligence agents.

Now that Russian collusion is dead and buried thanks to Special Prosecutor Robert Mueller, the big question is how and why such charges arose.  George Papadopoulos’s “Deep State Target: How I Got Caught in the Crosshairs of the Plot to Bring Down President Trump” doesn’t tell the whole story.  But this account by one of the crusade’s first victims pulls the covers off a few important aspects.

It describes a lengthy entrapment scheme that began when Papadopoulos told co-workers that presidential candidate Donald Trump was about to appoint him to his foreign-policy advisory team. 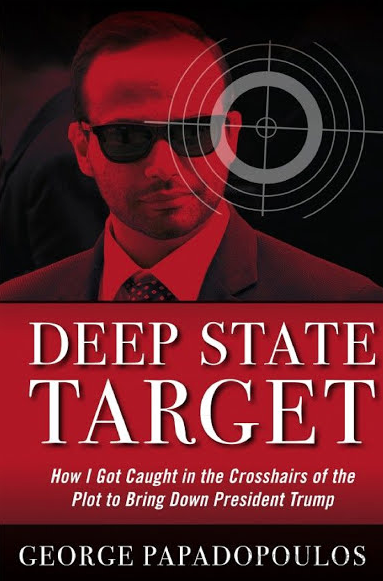 The time was March 2016, the place the London Centre of International Law Practice, where Papadopoulos was working as an energy consultant, a job that mainly involves meeting with diplomats and going out for a dinner and drinks.  Regarding the LCILP, he recalls it as a “strange operation” where there’s “no actual law practice going on that I can see” and which he later suspects is an intelligent front.

The reaction to his announcement was not good.  “You should not be working with Trump,” one of Papadopoulos’s bosses tells him. “He’s a threat to society.  He’s a racist.  He’s anti-Muslim.”

But the tone changes when another LCILP director insists that he join him for a three-day conference at Link Campus University, a privately-owned educational center in Rome.  There he is introduced to a well-dressed Maltese academic in his mid-fifties named Joseph Mifsud.

“He asks about my background,” Papadopoulos writes. “He asks if I have Russian contacts. I shake my head.  ‘I heard you have connections,’ I say.  ‘And that you might be able to help me with the campaign.’”

Into the Rabbit Hole

With that, the author enters into a rabbit hole filled with twists and turns in which he found himself in the middle of a deep-state intelligence war over Trump’s alleged Kremlin ties and by the end of which he had served a 12-day sentence in a medium-security federal prison.

In late April, Mifsud takes him to breakfast at a London hotel and informs him that he had just returned from Russia where officials say they have “dirt” on Hillary Clinton.  “Emails of Clinton,” Mifsud says.  “They have thousands of emails.”  Papadopoulos writes it off as idle chitchat by a dubious diplomatic networker whom he has come to see as all talk and no action.

A friend from the Australian embassy introduces him to a top Aussie diplomat named Alexander Downer, who tells him over gin-and-tonics that his foreign-policy ideas are all wet.

A British foreign-ministry official takes him out for still more drinks and grills him about Russia.

Stefan Halper, an old CIA hand turned Cambridge academic, contacts him out of the blue and pesters him about Russia as well. 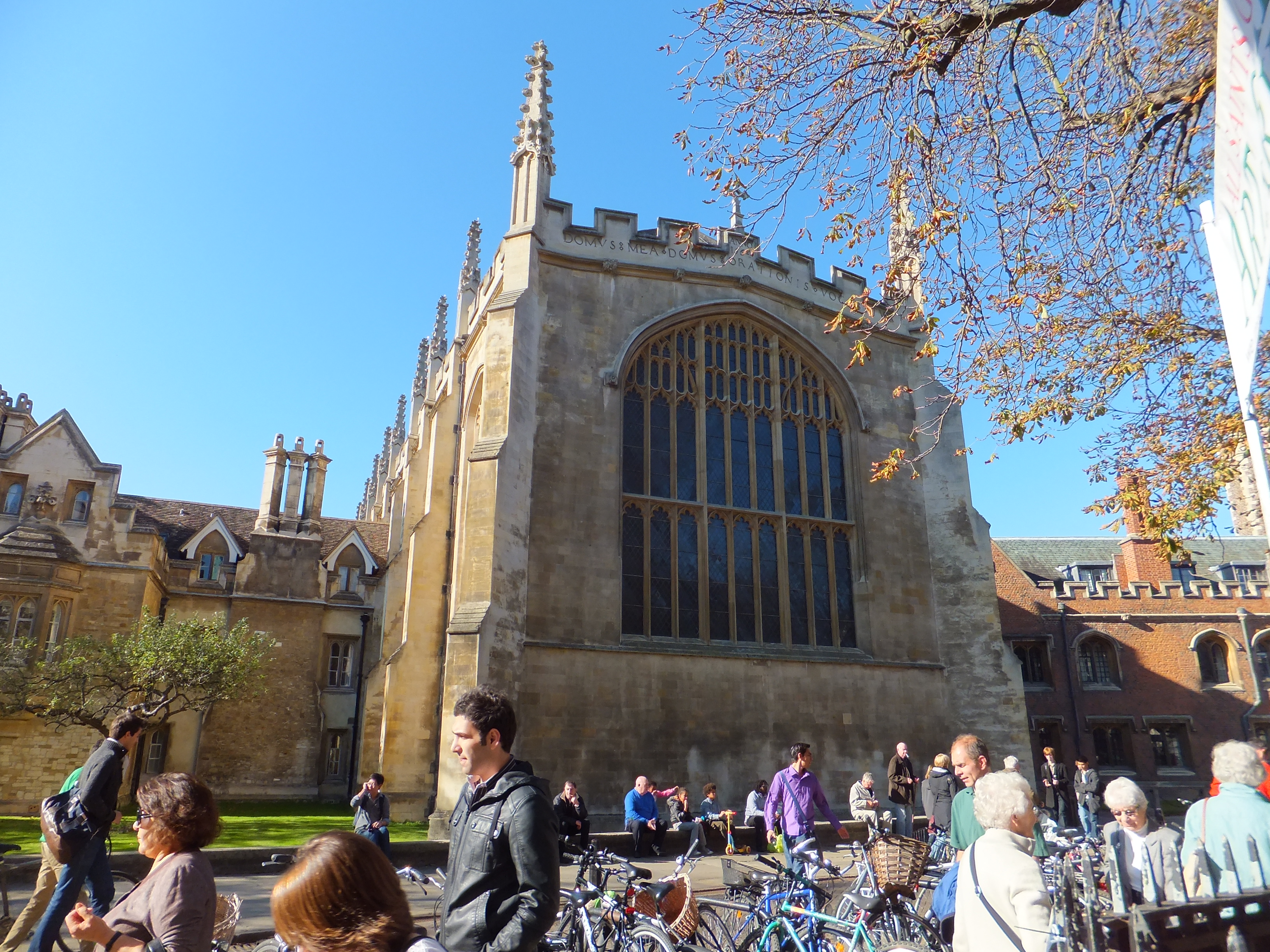 Cambridge University, where Harper was teaching. (foshie via Flickr)

A mysterious Belorussian-American name Sergei Millian offers him a secret $30,000-a-month PR job but only if he continues working for Trump.

An Israeli-American businessman named Charles Tawil buys him lunch at a steakhouse in Skokie, Ill. Later, in Greece, they go clubbing together in Mykonos, and then Tawil flies Papadopoulos to Israel where he presents him with $10,000 in cash – money that a wary Papadopoulos leaves with a lawyer in Thessaloniki.

While flying back to the U.S. in July 2017, Papadopoulos runs into a squad of FBI agents as he is changing planes.  “And then, finally, it dawns on me as they are going through my bags,” he writes.  “Charles Tawil and the money.  They are looking for $10,000 in undeclared cash!  That fucking guy was setting me up.”

“I’ve barely slept in two days,” he goes on after appearing before a judge.  “I’m wearing the same shirt that I left Athens in.  I smell like garbage.  I look like garbage.  I’m disoriented – because while I’ve just finally heard the charges, I still don’t really understand any of it.” To his horror, he learns that he is facing 25 years in prison on charges of obstruction of justice and lying to the FBI.

What was going on?  Although Papadopoulos doesn’t go into the pre-history, we know from other sources that, by late 2015, intelligence agencies were buzzing over reports that Trump and Russian President Vladimir Putin were reaching out to one another behind the scenes.

Spooks are paranoid by profession, but three recent events had put them particularly on edge.  One was the Euromaidan uprising in Kiev in early 2014, which, by driving out an allegedly pro-Russian president, sparked a parallel revolt among Russian speakers in the east.  Another was in Syria where U.S. backing of Islamist rebels had prompted Russia to intervene in support of President Bashar al-Assad.  The third was on the U.S. campaign trail where Trump was thoroughly shocking foreign-policy “experts” by sounding off against regime change and making friendly noises toward Putin. 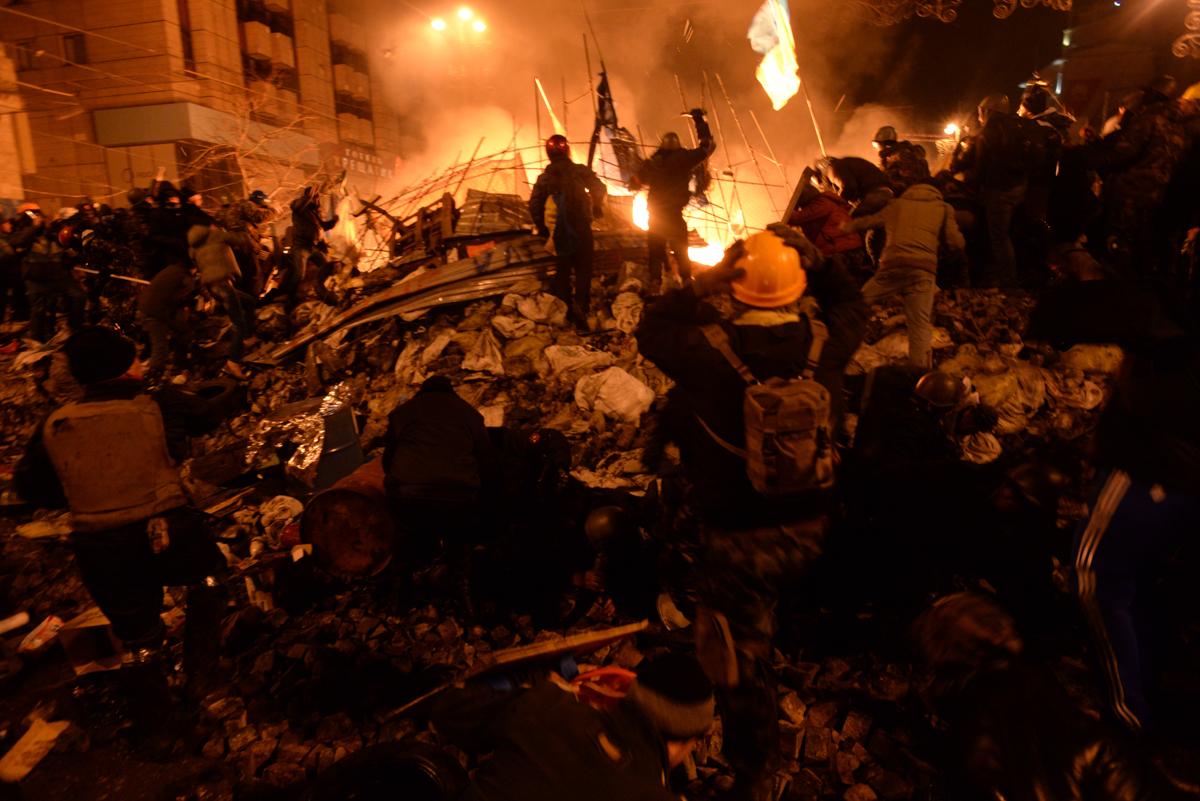 “But I think that I would probably get along with him very well,” Trump said of the Russian president in October 2015.  When CNN host John Dickerson asked about Russian air assaults, he replied: “And as far as him attacking ISIS, I’m all for it. If he wants to be bombing the hell out of ISIS, which he’s starting to do, if he wants to be bombing ISIS, let him bomb them, John.  Let him bomb them.  I think we [can] probably work together much more so than right now.”

Intelligence agencies might have conceded that the U.S. was wrong to encourage far-right elements in Kiev and that it was equally mistaken in giving backhanded support to Al Qaeda and ISIS in the Middle East. They might have granted that Trump, for all his reality-TV bluster, had a point.  But western intelligence agencies don’t do self-criticism.  What they did was blame Putin for messing up their plans for a clean coup in Kiev and an equally neat ouster of Assad and then blamed Trump for arguing in his behalf. From there, it was a very short step to concluding that Trump was not only siding with Putin, but conspiring with him.

Individual intelligence assets went into action to prove this  theory correct and, if need be, to invent a conspiracy where none existed. Joseph Mifsud was apparently among them.  “Deep State Target” devotes a fair amount of space to his background.  Although Mueller’s indictment says Mifsud had “substantial connections to Russian government officials,” a wealth of data indicates the opposite.

Stephan Roh, a Swiss-German lawyer who employed Mifsud as a consultant, writes in a self-published book that he has “only one master: the Western Political, Diplomatic, and Intelligence World, his only home, of which he is still deeply dependent.” Mifsud has been photographed with British Foreign Secretary Boris Johnson and veteran diplomat Claire Smith, a top British intelligence official. Indeed, Mifsud taught a course with Smith for Italian military and law-enforcement personnel at the same Link Campus where he’d met Papadopolous. 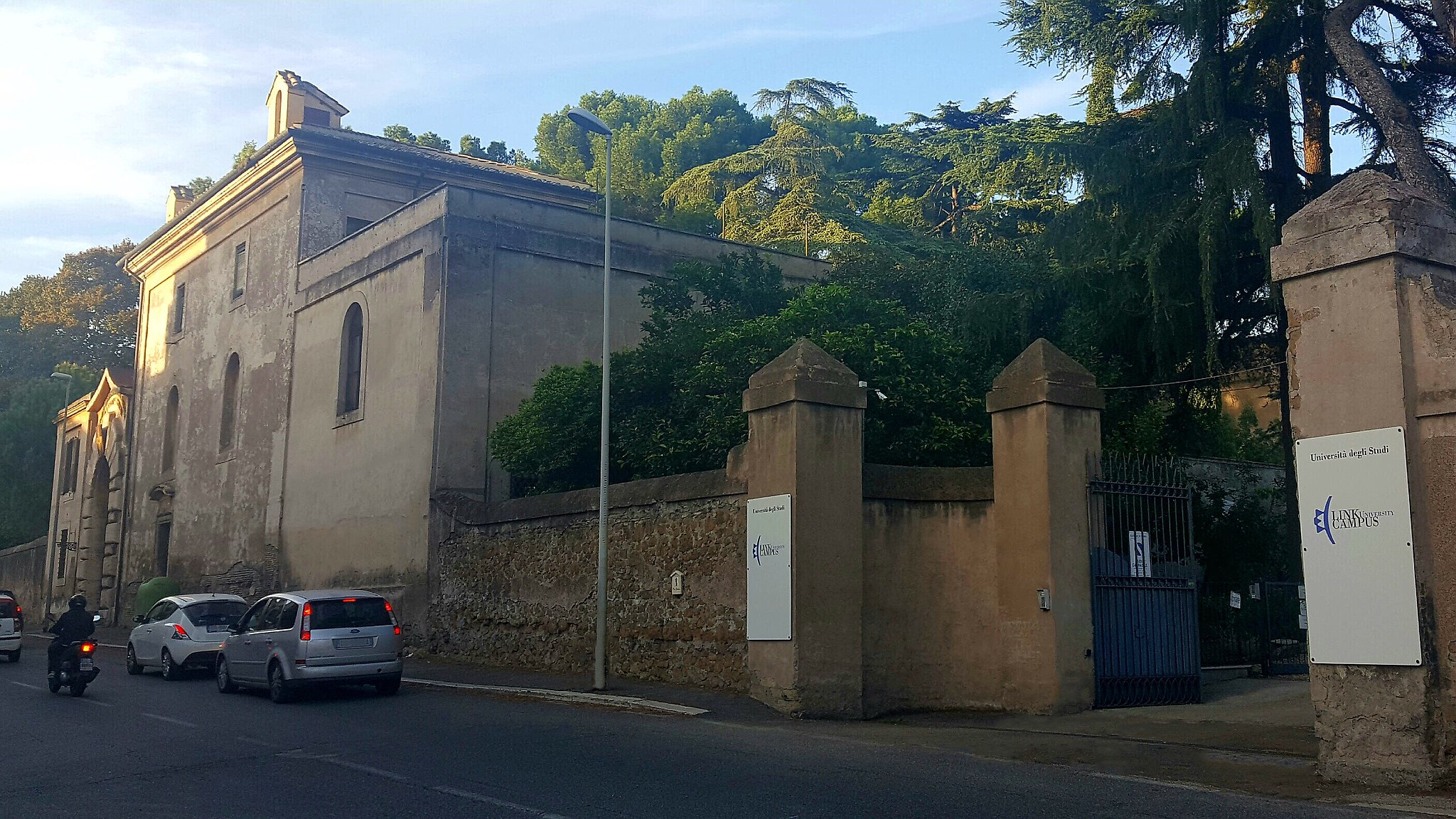 Mifsuds’s ties with western intelligence are thus multifarious and deep.  The same goes for the other people with whom ran Papadopoulos had contact.

Alexander Downer, the Aussie diplomat with whom he had drinks, turns out to be a director of a London private intelligence firm known as Hakluyt & Co., which counts among its close associates Halper, the Cambridge academic who was ex-CIA, and Sir Richard Dearlove, ex-director of MI6, the British equivalent of the CIA.  These two — Dearlove and Halper — ran an intelligence seminar at Cambridge and are also partners in a private venture calling itself “The Cambridge Security Initiative.”  (See “Spooks Spooking Themselves,” Consortium News, May 31, 2018.)

Millian, the man who offered Papadopoulos $30,000 a month, turns out to be a source for the notorious Steele Dossier, compiled by ex-MI6 agent Christopher Steele.  Steele, in turn, sought counsel at one point from fellow Cambridge man Dearlove on how to spread his findings.  According to one of Willian’s buddies, Millian works for the FBI as well.

All of which is enough to get anyone’s conspiratorial juices flowing.

As for Charles Tawil, he arouses Papadopoulos’s fears of an intelligence link once he arrives in Mykonos by boasting of his friendship with Uganda President Yoweri Museveni and then-South African President Jacob Zuma, and declaring of convicted Israeli spy Jonathan Pollard, “it wasn’t our fault he got caught.”  In Israel, he brags about helping to wiretap Syrian strong man Hafez al-Assad, father of the current president.  “We could have killed him at any time,” he says.  Finally, Papadopoulos reveals a private diplomatic cable citing Tawil as a U.S. intelligence asset back in 2006.

Five intelligence assets were thus hounding Papadopoulos at every turn while a sixth was compiling the dossier that would send Russia-gate into overdrive. It added up to the greatest propaganda campaign since the furor over Iraqi weapons of mass destruction, and, like those nonexistent WMDs, turns out to have been manufactured out of thin air.

“Deep State Target” is vague about many details and Papadopoulos doesn’t have all the answers about Russia-gate.  No one at this point does.  But his book leaves little doubt that he was the victim of a full-court press by intelligence assets in and around the FBI, CIA, and MI6.

Like everyone, Mifsud knew about Clinton’s emails – the ones she stored on her private server, not those that Wikileaks would later release – and fed Papadopoulos tidbits about a supposed Russia connection in the hope, no doubt, that he would pass them along to the Trump campaign.  When he didn’t, Downer nonetheless reported back to Canberra that Papadopoulos had told him something along those lines. (Papadopoulos does not remember saying any such thing.) Once Canberra told Washington, the FBI investigation, dubbed Crossfire Hurricane, was on.

Millian sends him an email shortly before the election telling him to “[p]lease be very cautious these last few days.  Even to the point of not leaving your food and drinks out of eye sight.”

“Obviously a Greek Orthodox guy like you has close ties to Russia,” Charles Tawil, observes, leaving it to Papadopoulos to fill in the blanks.

Diehard Russia-truthers will point out that, even though the charge that Papadopoulos obstructed justice by misleading the FBI was dropped, Papadopoulos is still a convicted liar who pled guilty to misleading the FBI about the exact timing of his meetings with Mifsud.  But he says that he was frightened and nervous and didn’t have his lawyer present and that he didn’t even remember what he had said until he read it in the indictment.

He also says he now regrets taking his then-lawyers’ advice to cop a plea: “There was never any pre-trial discovery.  We never saw – or at least I hadn’t seen – the transcript of my interview, so all we had was the prosecutor’s word regarding what I had said.  And we caved.” But he was an amateur running out of money while doing battle with a prosecutor with a $25-million budget.  He had little choice.  Russia-gate was unstoppable – until the collusion theory finally collapsed.

Daniel Lazare is the author of “The Frozen Republic: How the Constitution Is Paralyzing Democracy” (Harcourt Brace, 1996) and other books about American politics.  He has written for a wide variety of publications from The Nation to Le Monde diplomatiqueand blogs about the Constitution and related matters at Daniellazare.com.

If you value this original article, please consider making a donation to Consortium News’s Spring Fundraising Drive so we can bring you more stories like this one.

35 comments for “The Tale of a ‘Deep State Target’”