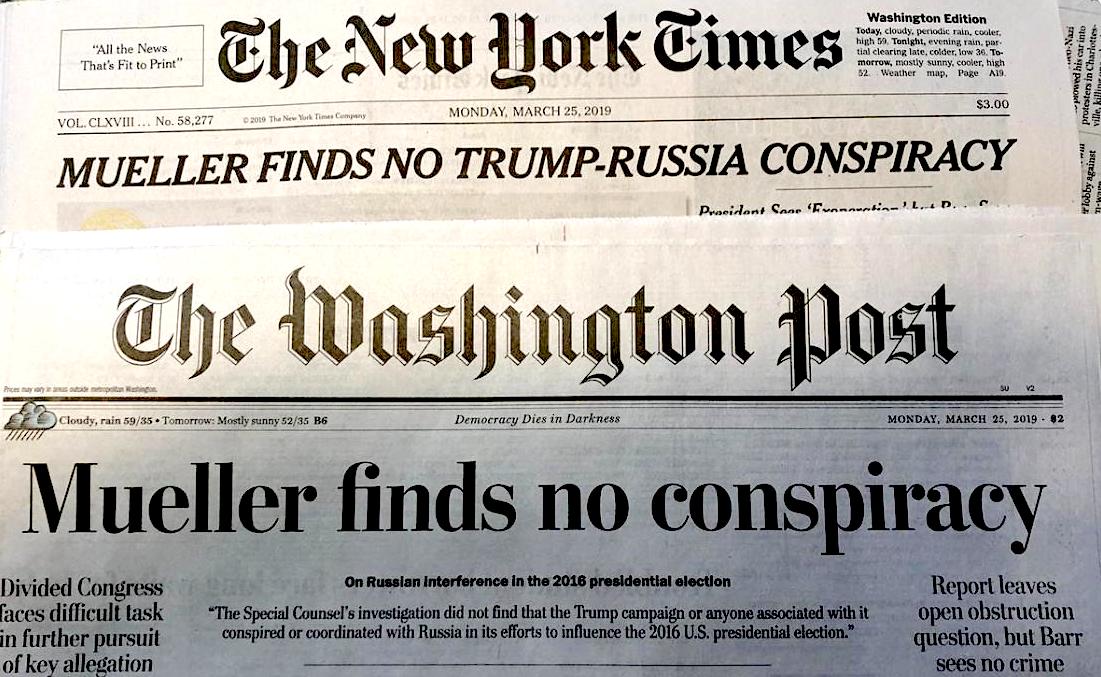 For more than two years, led by our founding editor, Bob Parry, Consortium News consistently challenged the Russia-gate “collusion” story, which has now been officially dismissed. Please support us to keep our record of unique journalism going as we launch our annual Spring Fundraising Drive today.

The late, legendary Robert Parry’s
contribution at @Consortiumnews has gone seriously under-appreciated. He & Greenwald both pushed back right from the start. I joined in many months later, inspired by both of them. https://t.co/zC9pbi6qq7

Indeed, Parry blazed the trail of Russia-gate skepticism on this trail-blazing website he founded in 1995, very likely the first independent news website in history. Following his long experience as an investigative reporter at the Associated Press and Newsweek magazine, Bob simply applied professional journalistic standards and ethics to every story he ever covered.  The Russia-gate saga was no different. Some people call it “evidence-based” journalism, or even “scientific” journalism. Bob would have called it just journalism.

Being devoid of ideology or partisan bias, Bob covered the Russia-gate story by demanding evidence, and when none was found he said so. When the corporate media became unmoored in reporting this story, Bob also said so, pointing out how the media had abandoned the bedrock principles of journalism, which begins with skepticism.  He set the story in its geo-political and domestic contexts, pointing out how dangerous the wild speculation masquerading as fact was to a world still at risk of nuclear conflict between Russia and the United States.

Depends on what your definition of ‘from the start’ is. Parry was one of the very few tracking the larger propaganda campaign of anti Russian hysteria since Ukraine in 2014. Most people only jumped on after the 2016 election, after the overall narrative had been building for 2yrs

As he had been in skeptically reporting the WMD fiasco that led to the disastrous invasion of Iraq, Bob was attacked, this time for being a Kremlin stooge, a Putin puppet, and a Trump supporter, simply for keeping his head and doing his job.  Bob was soon joined by other writers at Consortium News in making this website a leading publication in factual reporting about the burgeoning “scandal.”  Some publications or online video sites had one or two skeptical writers or presenters.

But Bob made Consortium News a welcoming place for a host of experienced writers who took apart various aspects of the collusion conspiracy theory, including Ray McGovern, Gareth Porter, Daniel Lazare, Patrick Lawrence and Joe Lauria. Consortium News is also the exclusive home of the Veterans Intelligence Professionals for Sanity, who published a series of groundbreaking memos challenging the Russia-gate story.

Consortium News pays its writers for their excellent work and is exclusively reader-supported.  We depend on our audience to keep us going, so that when the dominant corporate media next tries to lead millions of Americans and people around the world astray, we’ll be there to set the record straight.

14 comments for “We Were Right on Russia-gate; Now Help Us Keep Our Work Going”