Africa is facing dire times. Climate change is having major impacts on the region and on agriculture in particular, with smallholder farmers —many of them women — facing drought, general lack of water, shifting seasons, and floods in some areas.

Smallholder farmers are often women because in the prevailing division of labor, women are generally responsible for food acquisition and diets. Smallholder farmers are facing the loss of agricultural biodiversity, deforestation, declining soil health and fertility, land and water grabs by the powerful, loss of land access, marginalization and loss of indigenous knowledge and generalized lack of essential services and support. 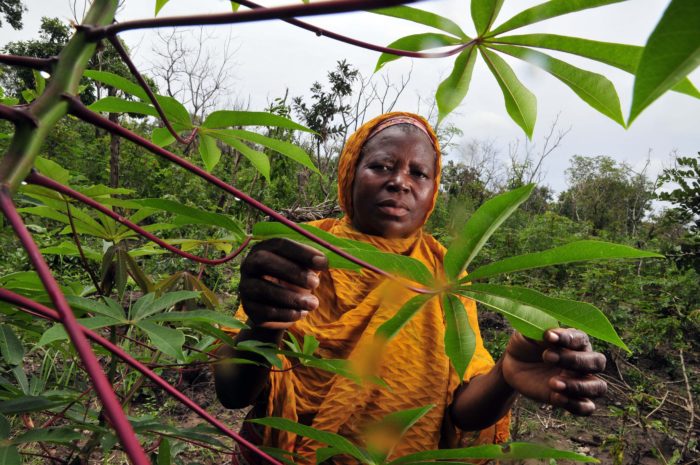 A cassava farmer in Ghana’s Northern Region. (Neil Palmer with CIAT via Flickr)

At the same time, economies are weakening and remain heavily dependent on foreign aid, with extractivist interventions from outside. There is a strong authoritarian orientation in governments in the region, with secrecy and lack of transparency and accountability, weak and fragmented civil society organization and top-down development interventions.

There has been corporate capture of key state institutions, decision making processes and functions. Seed and food systems have been appropriated for multinational corporate profit.

At present, corporate power is almost unchecked in agricultural input supply. The dominant narrative of agribusinesses being indispensable for feeding the world holds great sway on the continent, where corporations have captured policy making processes.

Although most seed on the continent is sourced from farmers’ own savings, sharing and local markets, this system is not recognized in policies and laws in most countries. Instead, farmer seed practices are marginalized and generally denigrated as poor quality and backward. 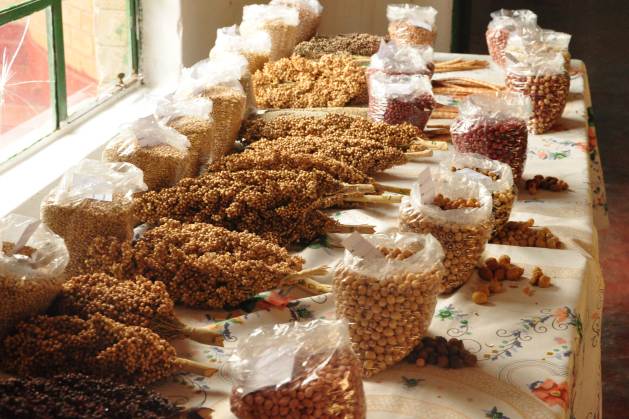 The predominant thrust of agricultural and seed policy and programming on the continent is to seek to replace them. Multinational corporate interests, with support from key continental, regional and national state institutions and agencies, are driving two trends. One is large-scale commercial industrialization by a global agribusiness coalition, or through a Green Revolution smallholder strategy to integrate a layer of smallholder farmers into corporate value chains for the export of bulk commodity crops such as maize and soya.

Women play an essential role in the selection, saving, and sharing of seeds, as part of a broader network within farmer-managed seed systems, shaping the agricultural diversity that meets needs of local populations.  This applies to both staple crops, as well as other food crops. In many ways, this pool of genetic resources, which women continue to develop and maintain, is the backbone of human society.

The restrictions placed over reproductive materials, i.e. seed (including all cultivation materials), and the centralized decision-making around reproduction towards uniformity, homogeneity, ownership, creates greater inequality, amplified vulnerability and a reliance on external inputs, which places the future of food production at greater risk.

Increasing restrictions on use, lack of support for these activities and even their criminalization makes production conditions more challenging for all smallholder farmers 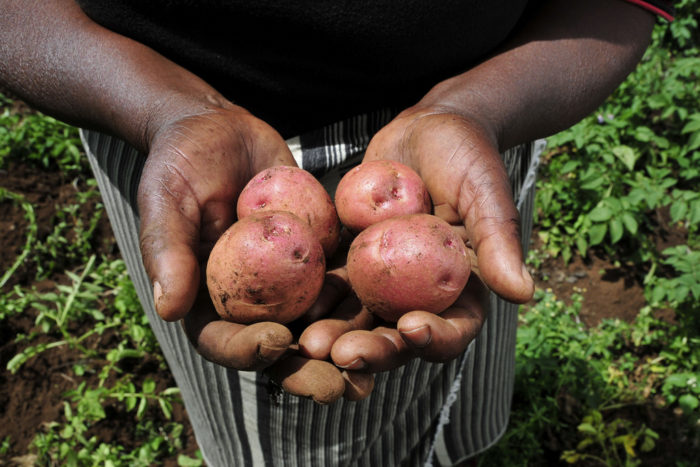 Restrictions on seed use, what may and may not be produced and how, translate into limits on food diversity at the household level, which is a key element of nutrition.

Since the majority of seed cultivated on the continent is saved on farms, exchanged and locally traded by farmers, this provides a solid base for alternative seed sovereignty systems to thrive outside the credit and corporate market.

For small-holder farmers in Africa, the importance of farmer seed systems as central to conserving biodiversity, ensuring nutrition diversity and supporting livelihoods has been highlighted in a huge body of work over the past 30 or 40 years.

However, these systems can benefit from external support. A key priority for smallholder farmers in Africa is resilience in the face of harsh weather events. This requires seed variety adaptation and greater agricultural diversity. Women are the primary custodians of our seed diversity, the custodians of reproduction, of life. This highlights the struggles of farmers’ rights, of reproductive rights, to self-determination, and to maintain life-supporting systems.

An ecological, food-systems-transition coalition, based on agroecology and food sovereignty, has found some traction in Africa and globally, but remains relatively weak, fragmented and under-resourced.

Farmers, with support from civil society groups, are doing important work on agroecology and sustainable agriculture, but are often unable to break out of their localized practices.

These need to urgently connect with others on the continent into a bigger and more coherent movement for change, especially radical feminist movements on the continent.  Together, we can fight back and contest the hegemony of large-scale commercial farming and corporate agri-business. We must, together, rebuild and strengthen local food and seed systems for all Africans.

The African Centre for Biodiversity (ACB) is a nonprofit organization based in South Africa with staff in Tanzania. It carries out research and analysis, learning and exchange, capacity and movement building, and advocacy to widen awareness, catalyze collective action and influence decision making on issues of biosafety, genetic modification (GM) and new technologies, seed laws, farmer seed systems, agricultural biodiversity, agroecology, corporate expansion in African agriculture, and food sovereignty in Africa.

← As Manning Goes to Jail, Watch the 19th Vigil for Assange
Is War With Iran on the Horizon? →

13 comments for “Africa’s Sovereignty Over Food”