Current policies often favor large farms at the expense of small growers who produce most of the world’s food, writes Jomo Kwame Sundaram.

For two centuries, all too many discussions about hunger and resource scarcity has been haunted by the ghost of Parson Thomas Malthus.

Humanity now faces a major challenge as global warming is expected to frustrate the production of enough food as the world population rises to 9.7 billion by 2050. Timothy Wise’s new book “Eating Tomorrow: Agribusiness, Family Farmers, and the Battle for the Future of Food,” argues that most solutions currently put forward by government, philanthropic and private sector luminaries are misleading. 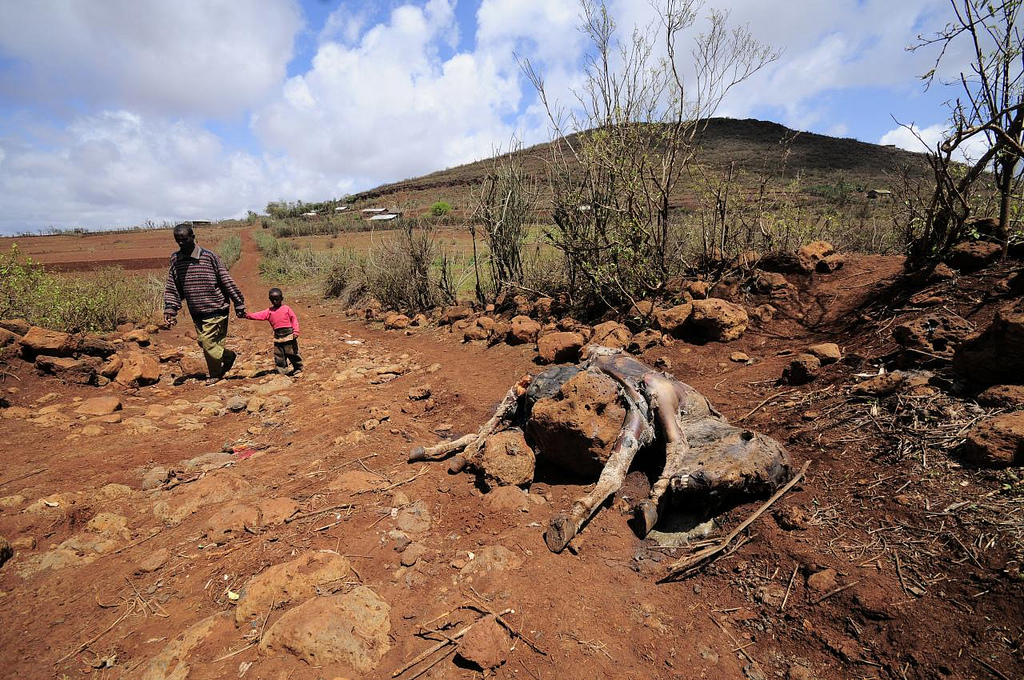 Livestock carcass in 2010  in Marsabit, in Northern Kenya, amid long drought. (Neil Palmer with CIAT via Flickr)

The early 2008 food price crisis has often been wrongly associated with the 2008-2009 global financial crisis. The number of hungry in the world was said to have risen to over a billion, feeding a resurgence of neo-Malthusianism.

Agribusiness advocates fed such fears, insisting that food production must double by 2050, and high-yielding industrial agriculture, under the auspices of agribusiness, is the only solution. In fact, the world is mainly fed by hundreds of millions of small-scale, often called family farmers who produce over two-thirds of developing countries’ food.

Contrary to conventional wisdom, neither food scarcity nor poor physical access are the main causes of food insecurity and hunger. Instead, Reuters has observed a “global grain glut,” with surplus cereal stocks piling up.

Meanwhile, poor production, processing and storage facilities cause food losses of an average of about a third of developing countries’ output. A similar share is believed lost in rich countries due to wasteful food storage, marketing and consumption behavior.

Nevertheless, despite grain abundance, the 2018 “State of Food Security and Nutrition” report — by the Rome-based United Nations food agencies led by the Food and Agriculture Organization (FAO) — reported rising chronic and severe hunger or undernourishment involving more than 800 million.

Political, philanthropic and corporate leaders have promised to help struggling African and other countries grow more food, by offering to improve farming practices. New seed and other technologies would modernize those left behind. 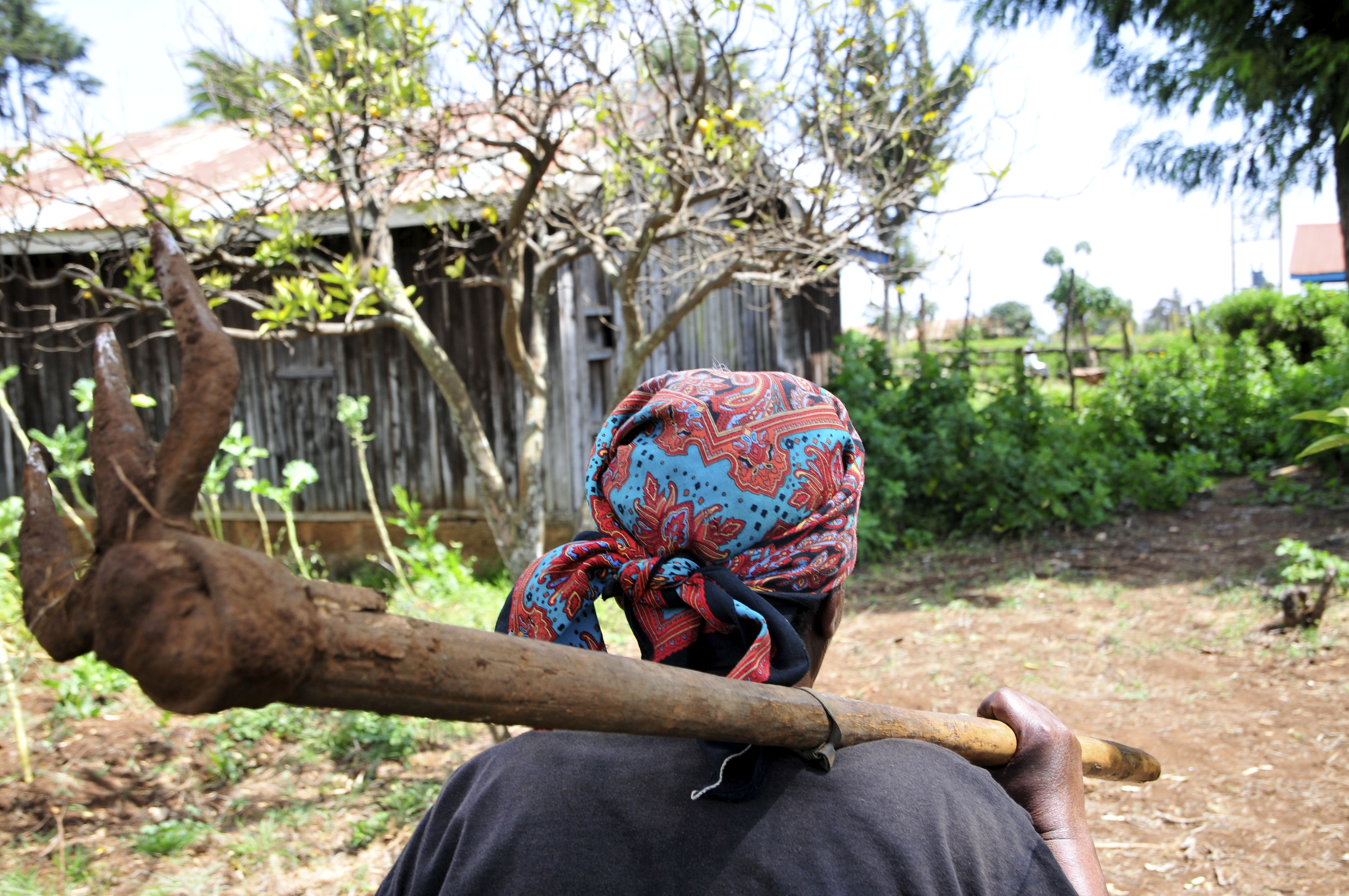 Farmer in the Mount Kenya region. (Neil Palmer with CIAT via Flickr)

But producing more food, by itself, does not enable the hungry to eat. Thus, agribusiness and its philanthropic promoters are often the problem, not the solution, in feeding the world.

“Eating Tomorrow” addresses related questions such as: Why doesn’t rising global food production feed the hungry? How can we “feed the world” amid rising populations and unsustainable pressure on land, water and other natural resources that farmers need to grow food?

Drawing on five years of extensive fieldwork in Southern Africa, Mexico, India and the U.S. Midwest, Wise concludes that the problem is essentially one of power. He shows how powerful business interests influence government food and agricultural policies to favor large farms.

This is typically at the expense of “family” farmers, who grow most of the world’s food, but also puts consumers and others at risk, e.g., due to agrochemical use. His many examples not only detail and explain the many problems small-scale farmers, but also their typically constructive responses despite lack of support, if not worse, from most governments:

Much of the research for the book was done in 2014-15, when Barack Obama was U.S. president, although the narrative begins with developments and policies following the 2008 food price crisis, during the last year of former President George W. Bush. The book tells a story of U.S. big business’ influence on policies enabling more aggressive transnational expansion. 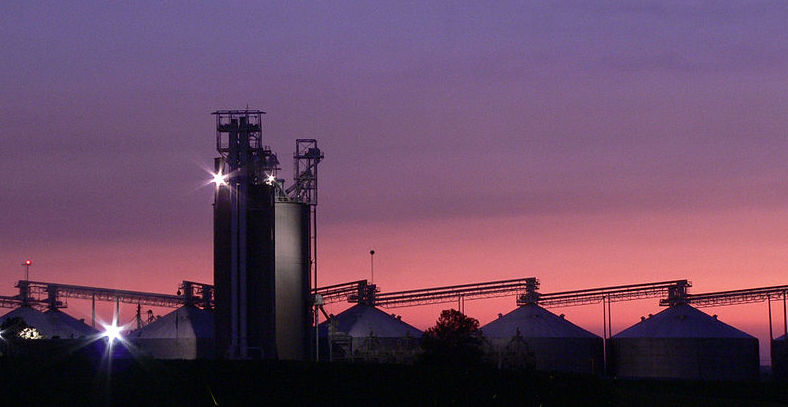 Yet, Wise remains optimistic, emphasizing that the world can feed the hungry, many of whom are family farmers. Despite the challenges they face, many family farmers are finding innovative and effective ways to grow more and better food. He advocates support for farmers’ efforts to improve their soil, output and wellbeing.

Hungry farmers are nourishing their life-giving soils using more ecologically sound practices to plant a diversity of native crops, instead of using costly chemicals for export-oriented monocultures. According to Wise, they are growing more and better food, and are capable of feeding the hungry.

Undoubtedly, many new agricultural techniques offer the prospect of improving the welfare of farmers, not only by increasing productivity and output, but also by limiting costs, using scarce resources more effectively, and reducing the drudgery of farm work.

But the world must recognize that farming may no longer be viable for many who face land, water and other resource constraints, unless they get better access to such resources. Meanwhile, malnutrition of various types affects well over 2 billion people in the world, and industrial agriculture contributes about 30 percent of greenhouse gas emissions.

Going forward, it will be important to ensure affordable, healthy and nutritious food supplies for all, mindful not only of food and water safety, but also of various pollution threats. A related challenge will be to enhance dietary diversity affordably to overcome micronutrient deficiencies and diet-related non-communicable diseases for all.

← Survival of the Richest
Small Farmers Vs. Big Mining in Central America →

18 comments for “Agribusiness Is the Problem, Not the Solution”