The right-wing opposition leader that the United States is trying to undemocratically install as Venezuela’s president immediately set his sights on the country’s state-owned oil company, which he is hoping to restructure and move toward privatization. He is also seeking money from the notorious International Monetary Fund (IMF) to fund his unelected government.

Guaidó is attempting to fire the directors of Citgo Petroleum, which is owned by Venezuela’s state oil company PDVSA, and seeks to appoint his own new board.

Citgo is the largest purchaser of Venezuelan oil, although crippling sanctions imposed by the Trump administration have prevented the company from sending revenue to Venezuela, starving the government of funding.

Citing U.S. officials, The Washington Post reported that the Trump administration’s strategy “is to use the newly declared interim government as a tool to deny Maduro the oil revenue from the United States that provides Venezuela virtually all of its incoming cash.” 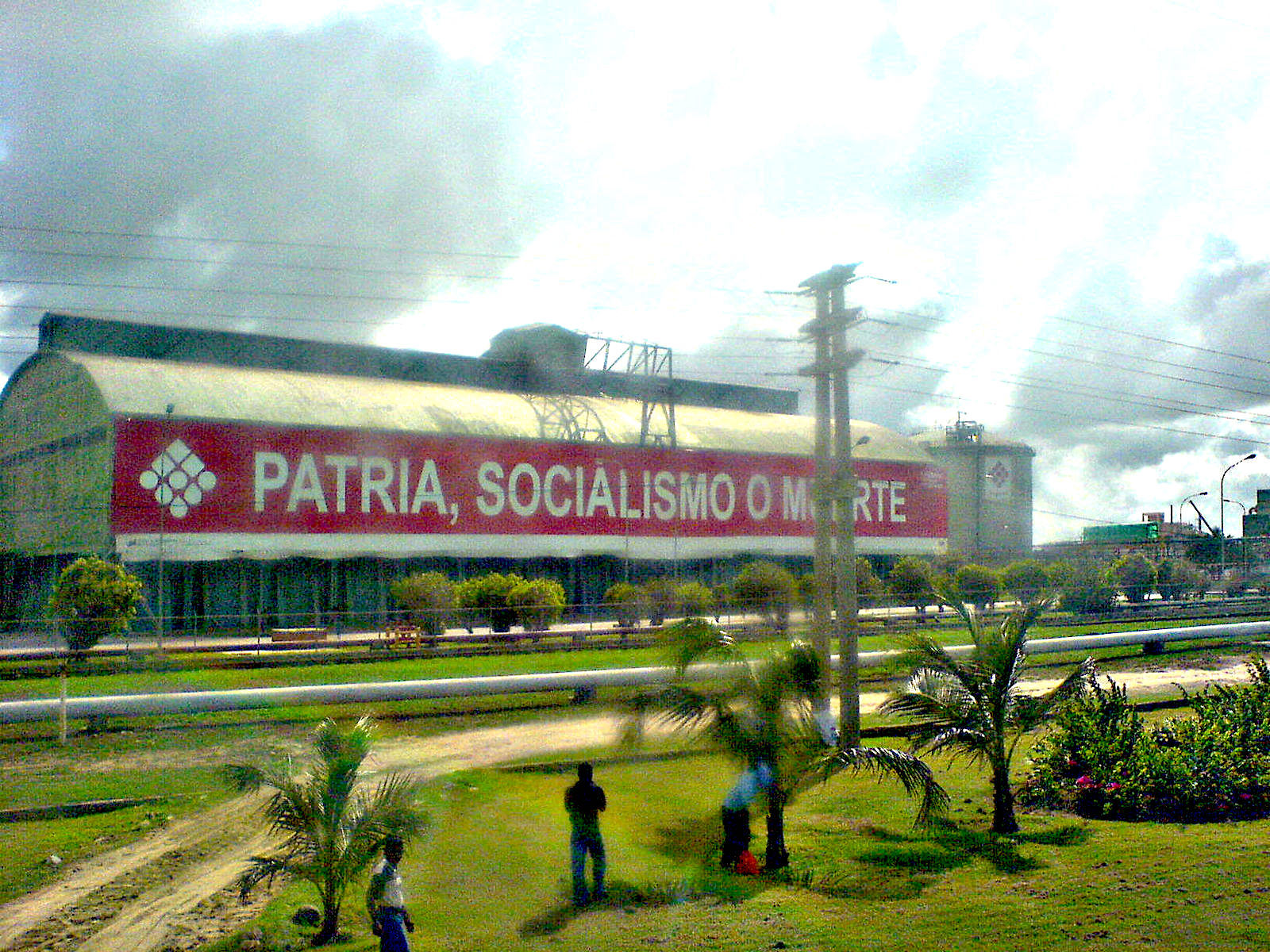 A building of the national oil company, PDVSA. (Wikimedia Commons)

Venezuela has the world’s largest oil reserves. But leftist presidents Hugo Chávez and Nicolás Maduro have over the past two decades resisted attempts by U.S. oil companies to exploit the South American nation’s plentiful natural resources.

This plan would involve the creation of a “new hydrocarbons agency” that would “offer bidding rounds for projects in natural gas and conventional, heavy and extra-heavy crude.”

In other words, these are rapid moves to privatize Venezuela’s oil and open the door for multinational corporations.

As Grayzone previously reported, Venezuela’s right-wing opposition has already stated clearly in its “transition” plans: “Public companies will be subject to a restructuring process that ensures their efficient and transparent management, including through public-private agreements.”

The attempted restructuring of Citgo would just be the beginning of the neoliberal capitalist policies implemented by Venezuela’s U.S.-backed coup regime.

Reuters also reported that Guaidó “is considering a request for funds from international institutions including the IMF to finance his interim government.”

The International Monetary Fund is notorious as a vehicle for U.S. political and economic influence. For decades, the IMF, along with the World Bank, has trapped ostensibly independent Latin American nations in debt and imposed so-called “structural adjustment” programs that force governments to impose brutal neoliberal shock therapy on their populations, including austerity measures, privatization of state assets, deregulation, and gutting of social services.

In addition to seeking financing from the IMF, Guaidó is likewise trying to send a new representative to the Inter-American Development Bank.

Venezuela’s right-wing opposition has made it clear that it plans to pursue aggressive neoliberal capitalist reforms. The opposition-controlled National Assembly has also declared in its “transition” plans that the “centralized model of controls of the economy will be replaced by a model of freedom and market based on the right of each Venezuelan to work under the guarantees of property rights and freedom of enterprise.”

This plan might be a dream for foreign corporations, but even many Venezuelans marching against their government might soon decide that stripping state assets is not worth fighting for.

Ben Norton is a journalist and writer. He is a reporter for The Grayzone, and the producer of the Moderate Rebels podcast, which he co-hosts with Max Blumenthal. His website is BenNorton.com, and he tweets at @BenjaminNorton.

← The Radicalization of US Policy on Venezuela
ROBERT PARRY: With the US Meddling Again in Latin America, a Look Back at How Washington Promoted Genocide in Guatemala →