Netanyahu demands a TV showdown with his corruption accusers and Roseanne Barr prepares to address the Knesset. The poverty of public discourse has never been more apparent, writes Jonathan Cook.

Israeli prime minister Benjamin Netanyahu commandeered the country’s airwaves last week in what many assumed would prove a moment of profound national import. They could not have been more wrong.

The context was his decision last month to move forward the general election to April, widely seen as a desperate effort to turn the vote into a referendum on his innocence as long-standing corruption investigations close in.

The police have recommended that he be charged over three separate allegations of bribery. By calling the election, Netanyahu has forced the attorney-general, Avichai Mendelblit, onto unfamiliar— and constitutionally tricky— terrain.

Mendelblit, an appointee of Netanyahu’s, has indicated that he will make a decision on whether to issue an indictment before the ballot, so that voters have the facts to make an informed choice.

But Netanyahu has said he won’t drop out or resign, even if indicted, and there is no decisive precedent to suggest he must. 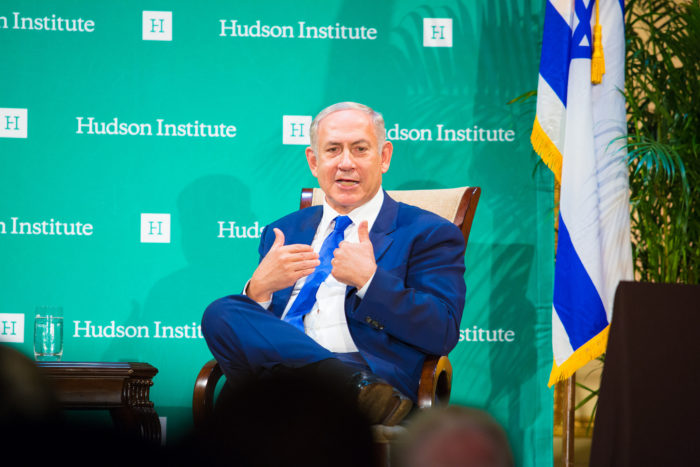 Instead, he would prefer to bully the attorney-general into delaying a decision until after voters have spoken. That was the purpose of his unexpected live national TV address.

His supporters have already set the stage, claiming that an indictment mid-campaign would influence the outcome and usurp the will of the people.

Either way, Netanyahu hopes to benefit. If an indictment is served before the vote, it will rile up his base and bolster a carefully crafted narrative that he faces a campaign of persecution from state authorities.

If Mendelblit delays, Netanyahu will aim to exploit any electoral success to face down prosecutors, accusing them of seeking to reverse his popular mandate.

Netanyahu’s strategy was on full show last week when he took to the main TV channels. He used this moment of enforced national attention for nothing more serious than a self-serving gripe.

The investigators, led by a far-right police commander he personally approved, had supposedly joined a leftist plot to oust him. The proof was that they had denied him a chance to confront in person his accusers—former aides turned state witness—and challenge their testimony.

Claiming that he had been stripped of his legal rights, Netanyahu demanded a showdown be broadcast live—effectively trailblazing a new type of reality TV show for suspects in high-profile criminal cases.

Of course, Netanyahu understands only too well that such confrontations with witnesses are decided by the police, not the accused, and used only when evidence needs to be tested.

The police believe they already have the evidence required for a conviction, and hope to test it in a court of law, not in the type of TV spectacle in which Netanyahu excels.

Netanyahu’s move was intended to reinforce his claim that the “system”—one that has kept him and the ultra-nationalist right in uninterrupted power for a decade—is rigged against him.

There was a striking parallel with events last week in the United States, where President Donald Trump similarly addressed the nation to corner his opponents in Congress.

In his case, Trump sought to rally his base by fearmongering about a supposed “invasion” of immigrants, suggesting that the Democrats were subverting his efforts to block their entry with an Israeli-style wall.

But whereas many have described Netanyahu’s latest intervention as “Trumpian,” in truth the Israeli leader is as well-practiced as his American counterpart in the dark arts of media manipulation.

Two of the three bribery cases he faces relate directly to allegations that he offered favors—in one case captured on tape—to Israeli media moguls in return for better coverage in their publications.

Netanyahu has long demonstrated an obsession with controlling his image, and has proved an arch-manipulator of passions to mobilize support for his hawkish agenda. 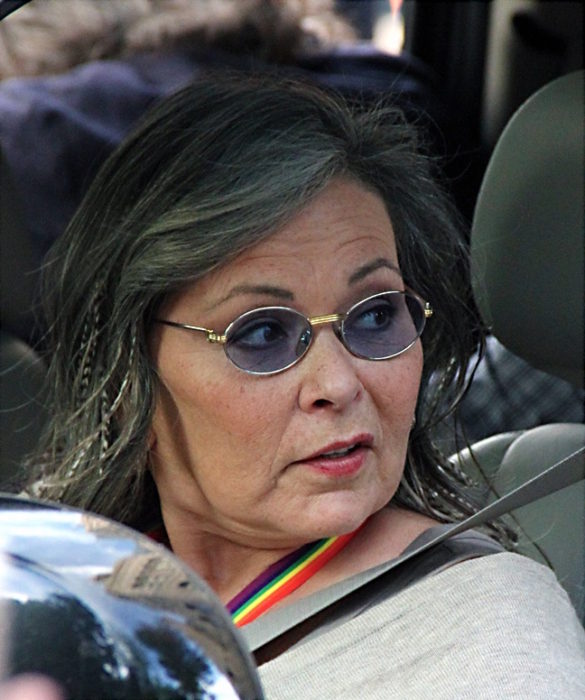 It was at the last general election, in 2015, that he turned the tables on his right-wing rivals at the last moment. He rallied voters by claiming that Israel’s Palestinian citizens—a fifth of the population—were turning out in “droves” at polling booths. Only a vote for Netanyahu, he suggested, would save the Jewish state.

Not only did he imply that voting by Palestinian citizens was illegitimate, he claimed that the Israeli left was “bussing” them to the polls, citing this falsehood as proof of the left’s treachery.

Now Netanyahu is again deploying the “leftist” slur, this time to discredit the police and prosecution service.

Perhaps not surprisingly, Netanyahu’s Likud party is the only faction opposed to a plan by the Central Elections Committee to bar online propaganda in the campaign’s final two months.

Underscoring the way TV has increasingly become a tool in Israel not for clarifying issues but for inflaming emotions, the U.S. TV comedian Roseanne Barr has been invited to address the Israeli parliament at the end of the month.

She will use the opportunity to denounce as Jew haters activists in the international boycott movement who stand in solidarity with Palestinians. Only in Israel’s current degraded public discourse would Barr, who has a history of making offensive comments variously about Jews, Muslims and black people, be taken seriously as an arbiter of racism.

Analysts widely expect this election campaign to be the dirtiest in Israel’s history. But, although they worry about Netanyahu’s demagoguery, they still overlook its grubbiest aspect.

Palestinians under occupation have been effectively disappeared from the campaign. They will have no voice in choosing the Israeli politicians who have determined their fate for the past five decades.

In fact, not one of the Israeli Jewish parties is highlighting Palestinian rights or putting the occupation at the center of its platform. The vast majority of Israeli politicians want to entrench the occupation, not end it.

Israeli commentators noted that Netanyahu had another pressing reason– apart from legal threats—to bring forward the election. He feared that otherwise Trump might unveil his long-promised peace plan.

However bad that plan will be for Palestinians, Netanyahu does not want his unwillingness to make concessions exposed.

But Netanyahu is far from the gravest threat to Israel’s “democracy.” The most dangerous thing of all is the widespread refusal in Israel to recognize that the Palestinians are human beings too—and that they should be able to determine their own fate, just like Israelis.

← How Not to Build a ‘Great, Great Wall’
Triumph of Conventional Wisdom: AP Expunges Iran/Contra Pardons from Barr’s Record →