Michael Isikoff, one of the biggest proponents of the Russia-gate story now says that Robert Mueller’s investigation is “not where a lot of people would like it to be,” says Ray McGovern.

Last Saturday, veteran Washington journalist Michael Isikoff began a John Ehrlichman/Watergate-style “modified limited hangout” regarding the embarrassing overreach in his Russia-gate “collusion” reporting. He picked an unctuous, longtime fan, radio host John Ziegler, to help him put some lipstick on the proverbial pig. Even so, the interview did not go so well.

Those who can muster some residual empathy for formerly serious reporters who have gotten Russia-gate so wrong, may feel genuine sadness at this point. Those fed up with pretense, unprofessionalism, and dodging, however, will find it hard to listen to the audible squirming without a touch, or more, of Schadenfreude — the word Germans use to denote taking joy at the misfortune of others.

In a word, it proved hard to square the circle inside which Isikoff and other Russia-gate aficionados have been living for more than two years after last week’s disclosures. Ziegler’s repeated expressions of admiration for Isikoff’s work, plus his softball questions, utterly failed to disguise Isikoff’s disappointment that Robert Mueller’s Russia-gate investigation is “not where a lot of people would like it to be.”

“A lot of people” includes Isikoff.

Commenting on the trove of legal and other documents now available, Isikoff pretty much conceded that he and his co-writer, journalist David Corn were, in effect, impersonating serious investigative journalists when they published in April 2017 their gripping Russia-gate chef d’oeuvre: “Russian Roulette: The Inside Story of Putin’s War on America and the Election of Donald Trump.” 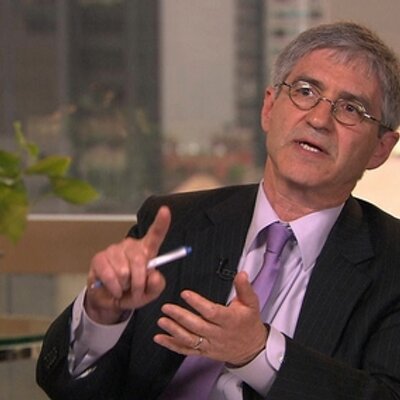 Aware of the credulity given by Isikoff and Corn to the “Steele dossier,” Ziegler began with what he apparently thought was a soft-ball observation/question. “Would you agree that a lot of what is in the Steele Dossier has been at least somewhat vindicated?”

The conversation turned to so-called “logical” explanations for leaps of faith rather than analysis. Such as unsubstantiated accusations, like the so-called “pee-tape” that Isikoff now says is “likely false.”

A “modified limited hangout” is when someone’s cover story is blown and some truth needs to be divulged to deflect further inquiry. Isikoff’s begins at the 26:50 mark and goes on, churning one’s stomach for 30 minutes.

A better subtitle for Isikoff and Corn’s book might be “Based on What We Wanted to Believe Was a True Story.”

Isikoff told Ziegler that unless “Saint” Robert Mueller, as Democrats see him, can summon a Deus ex Machina to provide some actual evidence linking Trump or his campaign to collusion with Russia, former Isikoff acquaintances, like me, might legitimately ask, “What the hell happened to you, Mike?”

Isikoff and Corn have done some serious work together in the past. Their 2006 book, “Hubris: The Inside Story of Spin, Scandal, and the Selling of the Iraq War” — was an accurate chronicle of the Cheney/Bush March of Folly into Iraq. That was also against a Republican administration. But they had interviewed people from both sides of the issues.

Though neither were fans of George W. Bush, they backed up their work with facts. “Russian Roulette” is a different story. It reads now like desperation to confirm what the authors hoped Mueller would find. He has failed them.

Who can adequately explain the abject loss of journalistic standards when it comes to Russia-gate?

For Isikoff and Corn, as for other erstwhile serious journalists, there should be more crow than ham or turkey to eat in the weeks ahead.

Many had pinned their hopes on Trump’s 24-day national security adviser, Gen. Michael Flynn, to supply grist for the “collusion” mill. That increased when word came he’d met 19 times with Mueller’s investigators as a cooperative witness.

Flynn: In or out of jail? (Flickr Gage Skidmore)

Flynn was supposed to be sentenced for lying to the FBI on Tuesday. By afternoon, however, Federal District Court Judge Emmet G. Sullivan postponed the sentencing until at least March. The judge said he was “disgusted” by Flynn’s “very serious” crimes but later apologized from the bench for asking whether his actions might have been treasonous.

He gave Flynn the option of delaying sentencing until he had completed his cooperation with federal prosecutors, and Flynn agreed. But Sullivan remained adamant that Flynn could still end up in jail. If His Honor takes the time to read Professor Jonathan Turley, of the George Washington University Law School, about Comey-endorsed FBI tactics — and not confine his reading solely to the Washington Post — it seems a safe bet he will give Flynn a stay-out-of jail card.

In an early morning tweet Tuesday, Trump wished Flynn good luck and commented: “Will be interesting to see what he has to say, despite tremendous pressure being put on him, about Russian Collusion.” How can one interpret this? Either Mueller and his score of investigators were unable to get Flynn to spill the beans on collusion or — could it be possible? — there are no beans to spill.

As for Isikoff and Corn, their profession — such as it is these days — can be expected to circle the wagons and give them the immunity granted 15 years ago to the faux-journalists who pushed the Weapons of Mass Destruction (WMD) deception so hard — even after no WMD were found in Iraq.

Indeed, in recent days The New York Times and Washington Post have launched what looks like a stepped-up pre-emptive attack, lest readers start to doubt their rendering of Russia-gate. The headlines and the drivel that follow have been caricatures of journalism.

Be not misled about Russia-gate, The Washington Post editorial board wrote Tuesday morning. “It is no longer disputable.”

The analogy with mainstream media regurgitating fraudulent “facts” on Weapons of Mass Destruction before the invasion of Iraq is complete. How many recall then-Secretary of State Colin Powell telling the world on February 5, 2003 that his evidence and conclusions were “irrefutable and undeniable.”

“We are the tools and vassals of rich men behind the scenes. We are the jumping jacks; they pull the strings and we dance. Our talents, our possibilities and our lives are all the property of other men. We are intellectual prostitutes.”

Ray McGovern works with Tell the Word, a publishing arm of the ecumenical Church of the Saviour in inner-city Washington. Part of his job as a CIA analyst for 27 years was to analyze Soviet propaganda. He now experiences considerable nostalgia examining the propaganda put out by U.S. mainstream media. When you get the hang of it, it’s pretty easy, IF you know where to look.

← Diane Duston on Her Late Husband, Robert Parry
Don’t Hold Your Breath on US Troop Withdrawal from Syria →

114 comments for “Michael Isikoff Cuts His Losses at ‘Russian Roulette’”