The avalanche of funeral hagiography drowned any possible discussion of what Bush did to the Middle East. As’ad AbuKhalil writes that he rallied despots against Iraq and established a new, tyrannical security order in the region.

Sequel to ‘British Betrayal’ of WWI

Any sober assessment of late President George H.W. Bush’s political legacy was drowned last week by the avalanche of hagiography by the mainstream media. This served, in part, the role of catharsis. The more loudly the members of the media praised Bush, whose family has testy relations with President Donald Trump, the more it helped them vent their animosity towards the current president.

Lost in this anti-historical, fact-free binge was any possible discussion of Bush’s most important legacies, one of which is certainly his great fake-out of Arab interests in the Middle East. Almost every U.S. president since Harry S. Truman has been more pro-Israel than his predecessor. The sole exception to this was George H.W. Bush. But via the war against Iraq, his administration wound up embracing Israeli interests and regional hegemony to such a degree that it left lasting damage to peace and stability in the region.

H.W. Bush was adept at changing ideologies to suit the venue. The man who emerged from the “moderate” wing of the East Coast Republican Party became the political heir of President Ronald Reagan, who wooed the Religious Right and made abortion a litmus test for all Supreme Court nominees.

While Bush did not leave a presidential memoir, (he is the first since Franklin D. Roosevelt not to do so), he did coauthor a book with Brent Scowcroft, his national security advisor, “A World Transformed.”  This offers evidence of Bush’s close ties with Arab Gulf despots and the deposed Egyptian strongman Husni Mubarak, who served as his chief advisor on the region.

Bush was obviously impressed by the fabulous wealth and hospitality of Arab potentates.  At one point in the book, during a stay in one of King Fahd’s marble guest palaces, he marvels at the chandeliers, the air conditioning and goes on at length about a lavish state dinner. “I had never seen so much—and of nearly every conceivable type of food.” 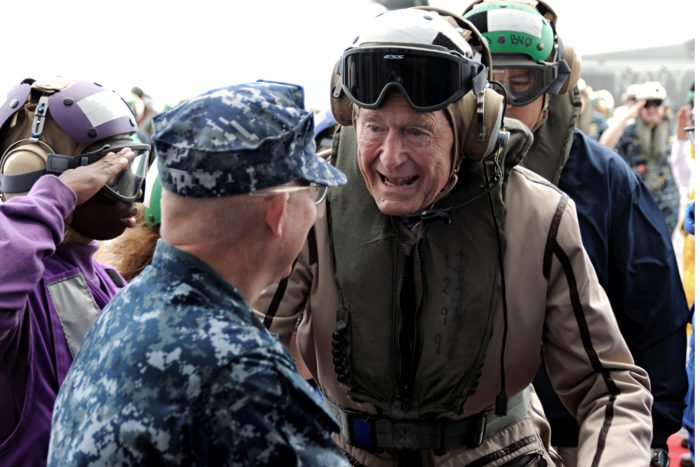 Bush’s ties with wealthy Arabs served him well. Lebanese businessman Najad Isam Faris and Syrian businessman Jamale Daniel helped the business career of Bush’s son, Neil. With his network of Gulf associates, Bush served as a prized advisor to the Carlyle Group, the global, private equity firm based in Washington, D.C., with a specialty of investing in companies that depend on government contracts.

Bush’s footprints in the region begin with his oil-business years in Texas. At that point, in the 1950s, oil companies often served as a chief lobbying force for Gulf regimes against the Israeli lobby. This was not due to any humanitarian concern for the plight of the Palestinian people. It was due to the usual financial motivation. The Israel lobby opposed closer ties between the U.S. and all Arab countries, which compelled oil businesses to defend their Gulf suppliers. Since the Israeli lobby opposed U.S. arms sales to Middle East regimes, it had other big-business opponents as well.

Later in his life, Bush also dealt with the Middle East as U.S. ambassador to the United Nations and as director of the CIA. (The deputy chief of Saudi intelligence during Bush’s time at the CIA, Prince Turki Al-Faisal, was one of the few foreign dignitaries invited to attend the funeral).

When the Israeli prime minister, Benjamin Netanyahu, paid tribute last week to Bush  he concealed a long history of Israeli detestation for the man.

As Ronald Reagan’s vice president, Bush—along with James Baker, the White House chief of staff, and Caspar Weinberger, the secretary of defense—had the coolest attitudes towards Israel of any in the administration, which was otherwise loaded with ardent Zionists. Bush was vilified for his 1991 remark that he was a “one lonely guy” battling “a thousand lobbyists on the Hill.”

Nonetheless Bush toed the pro-Israeli line and championed the cause of Soviet Jewish dissidents and the sponsorship of the emigration of Jews from Ethiopia, Syria and the former Soviet Union to Israel.  He also recruited ardent Zionists (Jack Kemp, Condoleezza Rice and Dennis Ross) for his administration.

As president, Bush was branded an anti-Semite in 1991 for “deferring” for 120 days $10 billion in loan guarantees to Israel. He did this to prevent Israel from putting the money toward settlements in the occupied lands of 1967. Bush was also trying to persuade Israel to join the U.S.-sponsored peace process.

This was the only time the U.S. government treated the settlements and the Israeli role in the peace process as a serious matter. The Obama administration did voice mild protestations about the settlements, which violate international law. But after Bush, the settlements never again caused any serious irritation to U.S.-Israeli relations.

The Bush administration also, at one point, banned Ariel Sharon, the Israeli militarist and politician, from entering U.S. government buildings due to his statements against the U.S. role in the peace process. (When Jack Kemp, housing secretary at the time, wanted to meet with Sharon, James Baker instructed him to meet outside government offices). 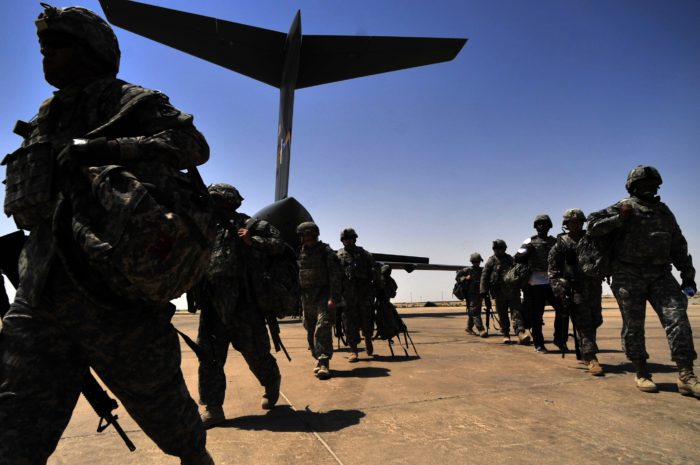 But in Iraq, the Bush administration began the process of removing a regime that the Israel government had been complaining about for years. This was before Israel discovered the Iranian danger. It was also many years after Israel rid itself of the Egyptian danger thanks to the Camp David Accords between the despotic Egyptian President Anwar Sadat and the Israeli government under the auspices of the American human rights president, Jimmy Carter. Going forward, the U.S. bombed everything on Israel’s bombing wish list in Iraq.

Bush was intent on going to war against Iraq in 1990. He sent Dick Cheney, then secretary of defense, and Colin Powell, then chairman of the joint chiefs of staff, to Riyadh to persuade the king that U.S. troops were needed on the ground in Saudi Arabia to protect the kingdom from an Iraqi invasion (U.S. ships had moved before Cheney stepped foot on Saudi soil).

The H.W.Bush administration rallied Arab despots against Iraq and established a regional tyrannical order. Even the Syrian regime rose above its previous conflicts with the U.S. and got on board. Together, they denied Saddam Hussein, Iraq’s president, the one condition that he sought for withdrawal. As Bush admits in the book he coauthored, that sole condition was access to the Persian Gulf.

From 1991 on, most members of the U.S. armed forces—especially the Air Force—began to train over (or on) Arab lands.  Today that means bases and military activities in Iraq, Kuwait, Qatar, Libya, Saudi Arabia, Oman, UAE, Syria (illegally), not to mention other places where the U.S. maintains secret military and intelligence bases (it was leaked to the press a few years ago that Dubai hosts one of the largest CIA bases in the world).

Bush exploited the Gulf War to impose a security regime where the U.S.—and not the local despotic clients—called the shots.  Furthermore, Bush introduced the misuse of the U.N. as “an added cloak of political cover for U.S. wars and actions,” as is described on page 416 of the book he coauthored.

In targeting Iraq, Bush begin to eliminate the biggest (albeit exaggerated) Arab military power. He also pushed Arab governments to sit face-to-face with Israel in Madrid without securing any concessions from Israel at all.

The “peace process” under Bush was just as it had been under his predecessors and successors. It amounted to empty promises of U.S. rewards for Arab participation in the war on Iraq. It was a repeat of the “British betrayal” of World War I, when, in exchange for help fighting against the Ottoman Empire, Arabs thought they would earn  independence.

← Mexico’s Solution to the Border Crisis
Yes, Virginia, There Is a Deep State and Bob Parry Exposed It →