A new collection of essays, edited by former Congresswoman Cynthia McKinney, clearly shows that it is the U.S. that is largely responsible for the poverty and suffering in these very nations, says Robert Fantina.

In two years, the world has become accustomed to being shocked by the words and actions of United States President Donald Trump. In January of this year, he again showed his lack of diplomacy, tack and common decency, when he referred to many poorer countries as “sh*ithole countries”, asking, “Why do we want all these people from sh*thole countries coming here?” Former member of the House of Representatives Cynthia McKinney, in the new book she has edited, How the US Creates ‘Sh*thole’ Countries, (Clarity Press) has gathered a collection of essays, including one of her own, that clearly shows that it is the U.S. that is largely responsible for the poverty and suffering in these very nations. 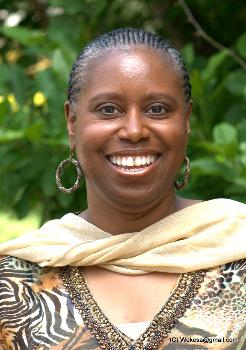 The first series of essays describes U.S. foreign policy, and its true motives. In the essay, The End of Washington’s ‘Wars on the Cheap’, The Saker sums up U.S. foreign policy as follows: “Here’s the template for typical Empire action: find some weak country, subvert it, accuse it of human right violations, slap economic sanctions, trigger riots and intervene militarily in ‘defense’ of ‘democracy’, ‘freedom’ and ‘self-determination’ (or some other combo of equally pious and meaningless concepts).” The hypocrisy of such a policy is obvious. A weak and vulnerable nation is victimized by a far more powerful one. The U.S. has done this countless times in its history, and there appears to be no appetite in the government to change.

This introduction and explanation of U.S. foreign policy is followed by essays on some, but certainly not all, of the countries that have been victimized by the United States, usually following this template. As McKinney says in her essay, Somalia: Is Somalia the U.S. Template for All of Africa, “…while mouthing freedom, democracy, and liberty, the United States has denied these very aspirations to others, especially when it inconvenienced the US or its allies. In Mozambique and Angola, the US stood with Portugal until it was the Portuguese people, themselves, who threw off their government and voted in a socialist government that vowed to free Portugal of its colonies.”

In the essay, How the U.S. Perpetuates the Palestinian Tragedy’, Sami Al-Arian writes:

“It might be understandable, if detestable, for Israel and its Zionist defenders to circulate false characterizations of history and myths to advance their political agenda. But it is incomprehensible, indeed reprehensible, for those who claim to advocate the rule of law, believe in the principle of self-determination, and call for freedom and justice to fall for this propaganda or to become its willing accomplices. In following much of American political leaders’ rhetoric or media coverage of the conflict, one is struck by the lack of historical context, the deliberate disregard of empirical facts, and the contempt for established legal constructs and precedents.” 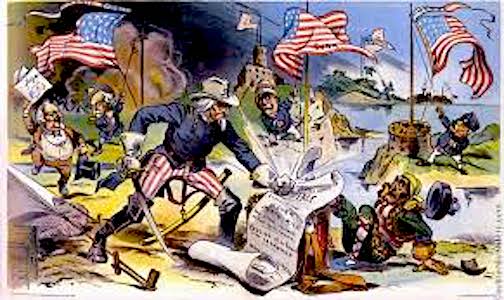 The U.S. leads in these distortions, with its officials proclaiming, each time that Israel bombs Gaza, that “Israel has a right to defend itself”. There is hardly mention of the brutal, illegal occupation and blockade; never a discussion of the fact that Palestine has no army, navy or air force, and Israel’s military is one of the world’s most powerful thanks to the U.S. It is never stated that international law allows an occupied people to resist the occupation in any way possible, including armed struggle. The countless United Nations resolutions condemning Israeli actions in Palestine are ignored by U.S. officials.

Once again, U.S. hypocrisy is on very public display.

The third section of this informative book describes the United States’ mostly-successful efforts to camouflage its vile intentions and international crimes. Christopher Black, in his essay Western Imperialism and the Use of Propaganda”, clearly articulates how this is done:

“The primary concern they [U.S. government officials] have, in order to preserve their control, is for the preservation of the new feudal mythology that they have created: that the world is a dangerous place, that they are the protectors, that the danger is omnipresent, eternal, and omnidirectional, comes from without, and comes from within. The mythology is constructed and presented through all media; journals, films, television, radio, music, advertising, books, the internet in all its variety. All available information systems are used to create and maintain scenarios and dramas to convince the people that they, the protectors, are the good and all others are the bad. We are bombarded with this message incessantly.”

Our memories are short, indeed, if we have forgotten both President George W. Bush and his Secretary of State, Colin Powell, telling the world from the United Nations the blatant lie that Iraq had weapons of mass destruction, threatening civilization. We are not paying attention if we are unaware of the many innuendos given of the ‘dangers’ of all Muslims. Yes, the government fosters fear, proclaiming subtly and not so subtly that there is danger everywhere, and it is the role of the mighty United States to protect the world, whether or not such protection is wanted or needed.

Lastly, the U.S. Itself can be described as a ‘sh*thole’ country. Its many violations of international law, and crimes against humanity, are summarized by Richard Falk, in his essay The Sh*thole Phenomenon at Home and Abroad:

“This kind of nationalist pride covered up and blindsided crimes of the greatest severity that were being committed from the time of the earliest settlements: genocide against native Americans, reliance on the barbarism of slavery to facilitate profitable cotton production and the supposedly genteel life style of the Southern plantations. This unflattering national picture should be enlarged to include the exploitation of the resources and good will of peoples throughout Latin America, who, once freed from Spanish colonial rule, quickly found themselves victimized by American gunboat diplomacy that paved the way for American investors or joined in crushing those bold and brave enough to engage in national resistance against the abuse of their homelands.” 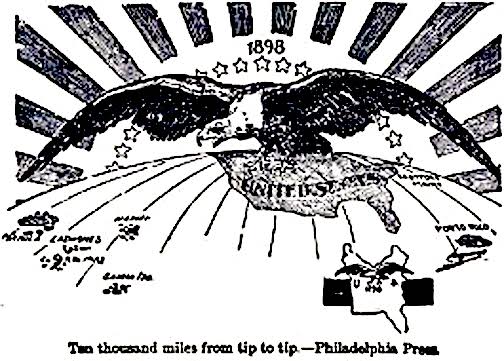 The final essay is the Report of the Special Rapporteur on Extreme Poverty and Human Rights on his Mission to the United States of America, authored by Philip Alston. While Trump decries “sh*thole” countries, the conditions that the U.S. put those countries in are not unknown in the U.S. A few facts from Alston’s report will suffice:

The information in these essays is all rigorously documented with extensive footnotes. The writing is clear and the facts are presented in a concise manner that is highly beneficial for the average reader or academic.

For anyone who questions U.S. policies, at home or abroad, and who has perhaps become more aware of such issues since Trump’s election,

How the US Creates ‘Sh*thole’ Countries is an indispensable read.

Robert Fantina is a journalist and the author of Essays on Palestine.

120 comments for “How the US Creates ‘Sh*thole’ Countries”