A trip to the convention of the APA revealed a profession enamored with its own power, and an attempt to get back into Guantanamo after a scandal with the CIA and Pentagon, reports Michael Brenner.

A convention of professional specialists is always revelatory – if not always intellectually edifying. This is especially true of academic disciplines in the Liberal Arts. It is a species of social institution that bears its American birthmark. Now spread throughout the developed world, it was born in the United States and evolved into its present form in the post-war decades.

Those were years of earnest endeavor, an optimistic belief in collective uplift, and abundance of just about everything. The distinguishing features inherited from that era are still evident, however qualified by rampant self-promotion, commercialization and sheer size. For American intellectuals remain preoccupied with practical problem-solving energized by the can-do spirit and an undying faith in the betterment of humankind – even as ‘humankind’ vies more and more with ‘me and my friends’ for primacy.

I was reminded of all this by attending a few sessions of the American Psychological Association meetings in San Francisco in August. It had been years since I last was at one of these shindigs. My experience had been mainly with the American Political Science Association, but the differences are insignificant. Indeed, the subject matter within the social sciences increasingly overlaps.

Regrettably, I missed the main event which occurred on the eve of the convention as the APA was roiled once again by the aftershocks from the scandal that arose over the organization’s direct participation in counseling the CIA and the Pentagon on interrogation techniques. Those included techniques employed at Guantanamo and the ‘black sites’ scattered around the globe. Some members had gotten their hands very dirty. The association’s Executive Council had cashed some rather large government checks, cast a veil over these dubious dealings, and met accusations with a barrage of lies – for more than a decade. Skullduggery became the order of the times.

Rebellious members eventually mounted a protest that set off something approximating a civil war. It seemingly was settled in favor of the insurgents when an impartial investigation was reluctantly agreed by the defendants. Chicago attorney David H. Hoffman was named to conduct the review. On July 2, 2015, a 542-page report was issued. Its conclusions were that the old leadership did indeed sin, that it had violated the APA’s own guidelines (Ethical Principles of Psychologists and Code of Conduct), that it had been systematically deceitful, and had engaged in a cover-up.

The report stated that the APA Council secretly collaborated with the Bush administration to bolster a legal and ethical justification for the torture of prisoners. Furthermore, the report stated that the association’s ethics director Stephen Behnke and others had “colluded with important Department of Defense officials to have the APA issue loose, high-level ethical guidelines that did not constrain” the interrogation of terrorism suspects at Guantanamo Bay. The association’s “principal motive in doing so was to align APA and curry favor with DOD.” 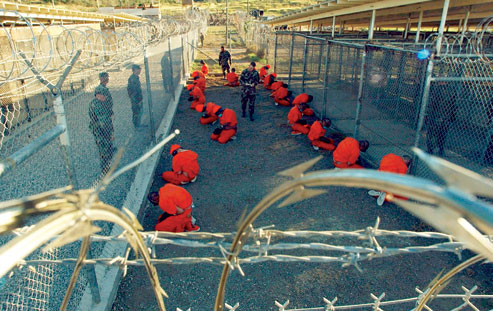 The condemned rejected the report’s conclusions – of course. No one these days admits their misdeeds and genuinely apologizes. That sort of thing has become ‘so retro.’ A few leaders were forced to resign; others moved heaven and earth to hold onto their sinecures and privileges. Indeed, a few of the culpable former leaders recently have filed a defamation suit – in Trumpian fashion.

This never-say-die persistence moved them, and their supporters, to make one more valiant attempt to reverse the course of justice by presenting to the APA Council of Representatives a plan to lift the ban on military psychologists (who number 525) from treating prisoners at the Guantanamo Bay detention center in Cuba, where the U.S. is still holding 48 foreign ‘terrorists.’ That population may increase if Trump’s stated idea of filling some empty billets is acted upon. It was pushed hard by the Pentagon with the endorsement of the old guard.

The plea was cast in humanitarian terms. Proponents claimed that none of the permitted Red Cross personnel had visited the prison, depriving inmates of mental health care. (Why? Restrictions placed on their visits by the Pentagon? Political sensitivity? Personnel too busy counting the non-dead dead in Puerto Rico?)

Sally Harvey, a retired military psychologist who supported lifting the ban, argued that “this is about providing detainees access to psychological treatment. Nothing more, nothing less.” Opponents saw the move as a ploy in the sub rosa campaign to reopen the question of collaboration with government authorities. It was viewed by many as the camel’s nose under the tent.

Their skepticism was heightened by the appointment of Gina Haspel, former torturer-in-chief at the black site in Thailand, to head the CIA by Central Command’s failure to acknowledge past abuse. In short, trust was in short supply. The proposed resolution lost, receiving 57 votes; those opposed numbered 104.

To the outside observer, the idea of having military psychologists providing mental aid and comfort to the long-term survivors of Guantanamo seems surreal. Try to visualize the scene:

“Hi Abdullah. I’m Siggy.  I’m here to see if I can’t help you with some of the problems you’ve been having. (Break for interpreter). I see that you’ve been having trouble sleeping through the night – nightmares are keeping you awake. Seems that you imagine 100 decibel music blaring in your cell. Tell me about it. Does this evoke childhood memories of post-Ramadan celebrations back home?;  I understand they can get a bit raucous?  How about trying some yoga exercises. Do you know anything about Zen? Murad, two cells over – the guy with the green yoga pants – made a start a few weeks back….

By the way, I think that we may have met before – kind of indirectly – back in 2007. I was the guy watching through the one-way mirror who was sending in questions to the heavy who was water-boarding you.”

The oddest feature of the entire APA episode is that the pro-collaboration faction seemed to have taken their illicit actions less for reasons having to do with the perceived necessity for prosecuting the “war on terror” without restriction for the sake of security, than to reap tangible benefits for the association, to generate modest slush funds for themselves, and to use the powers of office to demonstrate some kind of prowess/superiority. 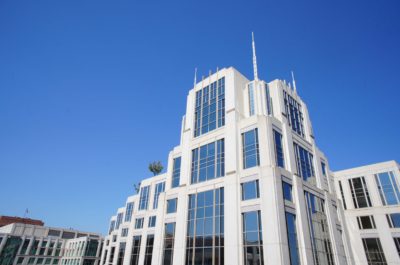 In other words, a display of commonplace 21st century American organizational behavior. It matches what we know of what goes on at Facebook or Goldman Sachs. The social psychology of this phenomenon could make a compelling subject for an in-depth study – perhaps funded by DARPA at the Department of Defense.

The story made headlines in The San Francisco Chronicle where it could not go unnoticed by a browser checking on the fate of the Giants or 49ers. Not only was the APA convention within walking distance of the BART, a look at the program indicated that a half dozen panels were scheduled on the psychological underpinnings of the Trump White House.

Heading the list was a forum where three past presidents of the APA would speak. The event, as it turned out, bent if not broke truth in advertising rules. The collective wisdom of the panelists didn’t amount to much.  One stoic declared that while things admittedly were pretty bad, we’d had other wacky presidents in the past (unnamed) and the Republic had survived (and the APA had thrived).  This, too, would pass.

A second participant offered a neat, narrowly circumscribed summary of APA’s Goldwater Rule’s genesis, application, and current pertinence. The rule states that “it is unethical for psychiatrists to give a professional opinion about public figures whom they have not examined in person,” according to Wikipedia. The third speaker took a more dire view of the Trump Presidency and made an energetic call for a citizen’s mobilization – to do something or other. Two of the three did not recognize that a clinical narcissist is not the same as a garden variety ego-maniac. (This after all was not the American Psychiatric Association – there’s a difference). The audience of 150 or so seemed mildly disappointed but passive.

The type of tepid discourse on display is on par with what transpires generally at these social science conventions. Encounters with an edge of sorts are rare, usually involving parochial disputes within the discipline. Topical focus is on trendy themes: LBGTQ for the past few years. A glance at the program, at the book exhibits, and workshop sessions sufficed to make that crystal clear. Gender, Sex, Discrimination, LBGTQ, ‘diversity’ are pervasive.

Why is this so? A number of reasons suggest themselves. American professional associations, including academic ones, are extremely permeable to whatever is going on in the popular culture. Their elite self-image of superiority notwithstanding, they are susceptible to high profile doings out there in the world where the masses play. Their disciplines, at the same time, place high value on theory, on modeling, on quantitative analysis – but in ways that are largely disengaged from the real world of experience. Hence, the social science disciplines are divided in an unhealthy way. The same holds for economics and – to somewhat lesser extent – political science.

The academic disciplines of the social sciences are undisciplined. Scholars are free to write with only selective reference to what has been said about their topic of interest by others in the past. In addition, empirical ‘data’ is screened. It’s like conversation and public discussion – the stress is on affirmation rather than communication and building collective understanding. An intellectual atmosphere full of static is one consequence; atomization is another. Too much work is stand-alone. In short, the enterprise lacks cohesion and common purpose.

These traits are powerfully reinforced by a reward system that pays near zero attention to these shortcomings, values quantity of publication and grants over quality, and encourages self-promotion. From the vantage point of the hard sciences, this looks like parody. To a considerable extent it is. The work of individual scholars may be of the highest caliber; indeed, probably higher now than ever. However, there is almost no synergy or collective advance in understanding our world that could usefully inform how we think and act as a society.

The convention generated a whirlwind of intellectual motion. The actual pay-off, though, was rather meager. That which was available was obscured by the carnival-like hustle and bustle. Lost in an impenetrable forest of seminar rooms, exhibits and booth displays – a few so cutting edge you could slice your arm off on them, I found myself gazing at a contrived enclosure occupied by a bunch of kids – young goats – along with hay and thin mats. A notice told the curious that a session on “goat yoga” was pending. A number of people, young and old, with credential tags hanging from their necks were waiting expectantly for the gates to open.

51 comments for “Psyched at The American Psychological Association”