Compromises made by the late PLO leader have the paved the way for the most humiliating deal offered the Palestinians yet, comments As’ad AbuKhalil.

The Trump administration is hard at work on the “Deal of the Century” that basically seeks to end the Arab-Israeli conflict by excluding the Palestinians from any negotiations about their future.

This approach has been tried before, under different names, including the infamous “Jordanian option” whereby the King of Jordan was assigned to speak on behalf of the Palestinian people, who despised him.

In pursuit of this “deal,” the White House recently took several steps to punish the Palestinians, while Jared Kushner stressed to The New York Times that such punishment won’t hurt the “peace process.” The U.S. government ended funding for UNRWA, the UN agency that helps Palestinian refugees, and cut off $200 million that the U.S. Agency for International Development was spending on infrastructure projects in the West Bank.

The U.S. also stopped $25 million in funding for East Jerusalem hospitals, which would end cancer treatment even for Palestinian children. But the administration kept its $60 million funding for the repressive Palestinian security forces (which basically serves as a replica of the South Lebanon Army—a militia which serves on behalf of the Israeli occupation). The administration knows its priorities.

That we have reached this point of U.S. identification with Israeli occupation priorities should not be surprising at all. This did not start with Trump: this is the culmination of a long process that had been laid brick-by-brick by successive Democratic and Republican administrations.

In fact, this may be a good time for the U.S. to discard, once and for all, its false pretense of an “honest broker.” The entire destructive peace process for Palestinians was built on the false premise that the U.S. merely needs to deceive the Palestinians into thinking that the U.S. can be trusted by them, and that the U.S. would then deliver Israel. In other words, Washington would exert the necessary pressures on Israel in return for major Palestinian concessions.

It got to the point when advisors to the PLO negotiating team in the so-called “peace process” have finally concluded publicly that the U.S. is not an honest broker. The realization would have been far more beneficial for the Palestinian people had it been reached by PLO functionaries during the administration of Bill Clinton, or George W. Bush, or Barak Obama. It was not Donald Trump who ended the mythical US “honest broker” role.

It was ironic to see on Twitter and on op-ed pages, “peace process” officials from successive administrations denouncing Trump’s measures as if the administrations they had served in were in any way less hostile to the Palestinian people that Trump’s. Trump is as hostile to the Palestinians as his predecessors, although he—unlike them—did not mask his feelings or his intentions. 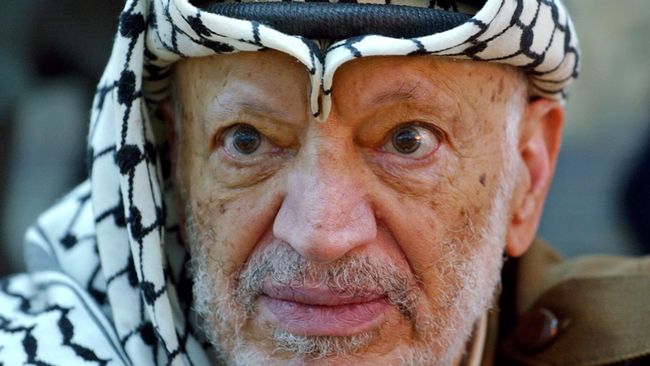 Arafat: Surrendered to the US and Israel. (Scanpix)

The Palestinian leadership of the PLO (now residing in the corrupt and collaborationist enclave in Ramallah) are directly responsible for carrying the Palestinian people to the abyss. From Yasser Arafat to his corrupt successors, the Palestinian negotiating team operated on the premise that unilateral Palestinian concessions would inevitably lead to Israeli concessions—or that the U.S. would ensure them.

The decision by Arafat to surrender (and this was exactly what happened) to the U.S. and Israel was the direct result of his own miscalculations since the early 1970s. Arafat was not far off from then Egyptian President Anwar Sadat’s dictum that “100% of the cards of the settlement are in U.S. hands.” Arafat was very close to Sadat (he was in attendance at the Egyptian parliament when Sadat pledged to go to occupied Jerusalem) and only broke with him, albeit reluctantly, after the Sadat indeed visited Jerusalem.

The Saudi camp in the PLO leadership (represented chiefly by Khalid Al-Hasan) has been pushing for a settlement with the Israeli state and for confining Palestinian national aspirations to only the West Bank and Gaza for many years. Wealthy Palestinians who funded the PLO (like Munib Masri, Hasib Sabbagh, and Basil `Aql) all pushed for a minimalist settlement with Israel and opposed armed struggle as a path for Palestinian liberation.

But Arafat dragged his feet because the entire base of his Fatih movement was opposed to such a settlement and because there was no serious offer from Israel or from the U.S. Both insisted that Arafat should meet all the conditions that were imposed on him with no clear benefit in return except the willingness of Israel and the U.S. to engage in dialogue with the PLO.

Arafat, who handled leadership of the Palestinian national movement far worse than the notorious Hajj Amin Husayni, treated his relationship with the Saudi regime as a top priority. Declassified U.S. documents from the 1970s reveal that the U.S. pressured the Saudi government to derail the PLO leadership’s path of armed struggle and to push it in a more accommodationist direction. Gradually, Arafat—once he established his control in Lebanon—undermined all Palestinian and even Lebanese revolutionary activities against Israel, and only allowed PLO groups to engage in symbolic military operations on the anniversaries of their founding.

The PLO’s bureaucratic behemoth required a regular flow of funding: the Saudi regime imposed a tax on Palestinians in Saudi Arabia and gave the money to Arafat, who also benefited from oil money contributions. Other Arab regimes also contributed funds to PLO coffers and Arafat shared a portion of the spoils with other PLO leaders and organizations to ensure their loyalty and preclude their independent revolutionary action. This tactic unfortunately worked: even the Popular Front for the Liberation of Palestine’s rejectionism waned over the years and by 1982 it allowed Arafat to manage the negotiations with the U.S., which resulted in the disastrous evacuation of all PLO forces from Beirut.

Arafat expected great rewards from the U.S. and the Gulf Cooperation Council (GCC) for his decision to leave Lebanon, but he only received the Reagan Peace Plan, which Israel simply ignored. The Reagan administration was instead more interested in disregarding Arafat and pushing King Husayn of Jordan, detested by Palestinians, to speak on their behalf. Husayn tried, but by the eruption of the first Intifada in 1988, he read the writing on the wall—literally in this case—and knew that the Palestinians would not settle for a non-PLO leadership to speak for them. 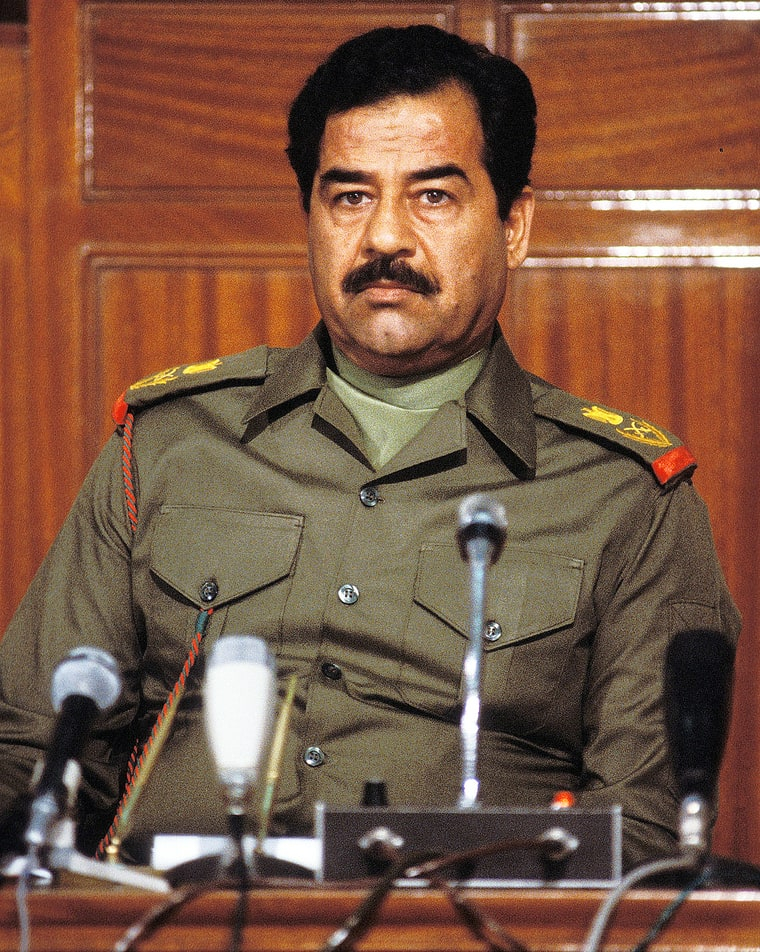 Arafat then had great hopes for Saddam Husayn of Iraq, who opportunistically exploited Palestinian frustrations to build up his Arab popularity in the wake of the Iraqi invasion of Kuwait in August 1990. Arafat and his team in their minds highly exaggerated Saddam’s military power and were convinced that he would prevail in the ensuing confrontation.

The Palestinian academic Edward Said (among others) tried to dissuade Arafat, but his chief aide, Bassam Abu Sharif, kept assuring Said in New York that Saddam had secret weapons that would alter the Middle East balance of forces. It was too late for Arafat to retract (although King Husayn, who championed Saddam far more enthusiastically than Arafat, was quickly forgiven by Western powers and GCC countries probably at the behest of the Israeli lobby in Washington). Arafat lost a major source of funding for his organization from Iraq, and wealthy Palestinians were also pressured by both the U.S. and GCC regimes to end funding him.

It was in this context—when the PLO leadership was at its weakest stage ever—that Arafat made the foolish decision to enter into direct secret negotiations with the Israeli occupation state. Having lost his military base in Lebanon, and having lost his Gulf funding, Arafat decided that it was an opportune time to negotiate with his occupiers.

The entire premise of Oslo, signed 25 years ago this summer, was flawed especially since Arafat chose the weakest members of the PLO leadership to manage the negotiations. (Of all the PLO leaders and Fatih founders, Mahmoud Abbas was perhaps the one without any political base of support inside the movement).

Arafat was too eager to return to occupied Palestine from Tunisia (where a 1985 Israeli bombing of PLO headquarters killed 60 people). The Oslo agreement set the stage. The PLO leader recognized Israeli right to occupy all of 1948 Palestine, and he also recognized the U.S. as the qualified party to arbitrate between the two sides despite its clear and unequivocal endorsement of all Israeli stances.

Furthermore, Arafat unilaterally denounced the military struggle of his people and forswore the use of political violence against Israeli occupation and aggression.

In return, Arafat only received the right to enter an Israeli-run open-air prison in the West Bank and Gaza. He did not insist on, nor did he receive, recognition of Palestinian statehood. Nor did he and his team insist on a pledge to end all settlement activities or for assurances that East Jerusalem would belong to the Palestinian side.

Arafat did not achieve the liberation of a millimeter of the West Bank or Gaza from Israeli occupation.

Under Oslo, Israel divided the West Bank into three zones, but the division was symbolic: Israel allowed itself the right to enter, invade and attack whenever and wherever it chose. Water resources, airspace and the sea were all under Israeli control, and Israel decided—and still decides—who gets to enter and exit from all Palestinian territories.

Arafat realized too late that he gave away too much and that the U.S. was not “delivering” Israel to him. He also complained that the entire Middle East “peace process” team of successive U.S. administrations was practically run by functionaries of the Israeli lobby (from both parties).

In his last few years Arafat wanted to surreptitiously revive the military wing of Fatah in the West Bank and Gaza (Kata’ib Shudada’ Al-Aqsa) especially after the Bush administration dealt with Palestinian leaders as a terrorist menace not unlike Al-Qa`idah in the wake of Sep. 11. It was at that moment that Arafat was killed, in my estimation, certainly by Israel with U.S. acquiescence. 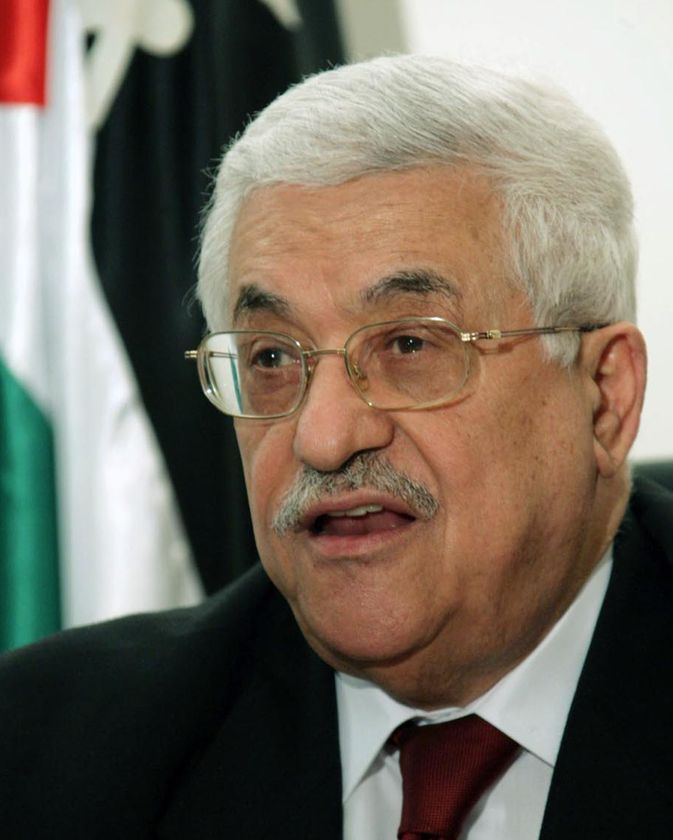 Mahmoud Abbas concluded from Arafat’s experience that even more Palestinian concessions are needed while no Israeli concessions are required at all. He transformed the Palestinian security forces into an effective arm of the Israeli occupation. They had been initiated under Oslo by Arafat who allowed Palestinians contemplating resistance to Israel to be tortured and murdered.

To boost his political fortunes, Abbas never gave up on Israeli and American promises of a mini-state—and only in a part of the West Bank and Gaza (i.e. in less than 24 percent of historic Palestine). It is unsurprising then that the Trump-Netanyahu team have decided to humiliate the Palestinian leadership more than before by pressuring them to accept a non-state in return for “industrial zones” in occupied Palestinian territories. That’s supposed to be the deal of the century. Abbas has refused to take part in this charade.

The MbS Sell Out

Just as the U.S. sought to appoint King Husayn as representative of the Palestinians for much of the 1970s and 1980s, the Trump administration and Israel have decided that Saudi Crown Prince Muhammad bin Salman should be the representative of the Palestinian leadership. But the Saudi King recently woke up to the concessions being made by his son. He retracted some of the Saudi positions adopted by MbS, and the Saudi government distanced itself from the “deal.”