Donald Trump is not the first U.S. president to want to militarize life beyond Earth. But that is a bankrupt approach, believes Jonathan Marshall.

When Donald Trump declared it was time to Make America Great Again, he didn’t just mean here on Earth. As he directed the Pentagon in June to create a new branch of the armed services devoted just to space warfare, Trump declared, “It is not enough to have an American presence in space.We must have American dominance in space.”

Not waiting for an ambivalent Congress to act, the Defense Department reportedly plans in coming months to create a new U.S. Space Command, Space Operations Force, and Space Development Agency to manage everything from war-fighting in outer space to developing and launching military satellites.

A draft of a Pentagon planning document states that the capabilities unleashed by this new structure will help “deter, and if necessary degrade, deny, disrupt, destroy and manipulate adversary capabilities to protect U.S. interests, assets and way of life.”

Previous official critics of a new space service, including Trump’s own Air Force secretary, Heather Wilson, and Defense Secretary James Mattis, almost invariably raised only bureaucratic objections rather than deeper questions about the merits of turning space into a battlefield. 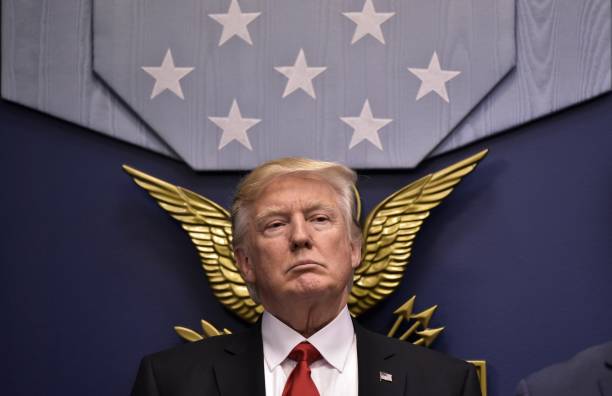 “The Pentagon is complicated enough,” Wilson complained in 2017. Creation of a new space service, she said, “will make it more complex, add more boxes to the organization chart, and cost more money.”

If Russia and China succeed in developing more effective anti-satellite weapons, critics warn, they could threaten U.S. dominance in space. “We could be deaf, dumb and blind within seconds,” said Rep. Jim Cooper, a Tennessee Democrat on the House Armed Services Committee. “Seldom has a great nation been so vulnerable.”

But escalating the militarization of space is the wrong way to protect these important assets. The narrow debate in the United States over the proposed Space Force almost entirely ignores the long history of squandered opportunities to stop such threats through arms control rather than an ever-more-expensive and unwinnable arms race.

U.S. defense planners, civilian as well as military, have long argued for investing whatever it takes to maintain America’s technological lead in space, just as for many years they argued for maintaining America’s lead in nuclear weapons.

In the 1960s, when it became apparent that no one could win a nuclear arms race, the United States signed two important treaties—the Partial Test Ban Treaty and the Outer Space Treaty—banning the placement of nuclear weapons in space. But every administration since then has opposed or sidelined further arms control in space, despite overwhelming global support for such agreements.

The 1978 United Nations General Assembly’s Special Session on Disarmament called for international negotiations “in accordance with the spirit” of the Outer Space Treaty to “prevent an arms race in outer space,” or PAROS.

Momentum built in the mid-1980s for a PAROS treaty, but the Reagan, Bush and Clinton administrations rejected any such multilateral deal.

The George W. Bush administration militantly opposed such a treaty, and even canceled one of the landmarks of arms control, the Anti-Ballistic Missile Ttreaty.

The U.S. Air Force issued a strategic master plan in 2006 stating that “the ability to gain space superiority (the ability to exploit space while selectively disallowing it to adversaries) is critically important … an essential prerequisite in modern warfare.”

Meanwhile, China and Russia continued pressing for a weapons-free environment in space. In 2005, when Russia introduced a resolution calling for confidence-building measures in space, with overwhelming support in the U.N. General Assembly (see here and here), only the United States objected.

In February 2008, against U.S. objections, China and Russia introduced a Draft Treaty on the Prevention of the Placement of Weapons in Outer Space, the Threat or Use of Force against Outer Space Objects.

Shooting Down a Satellite 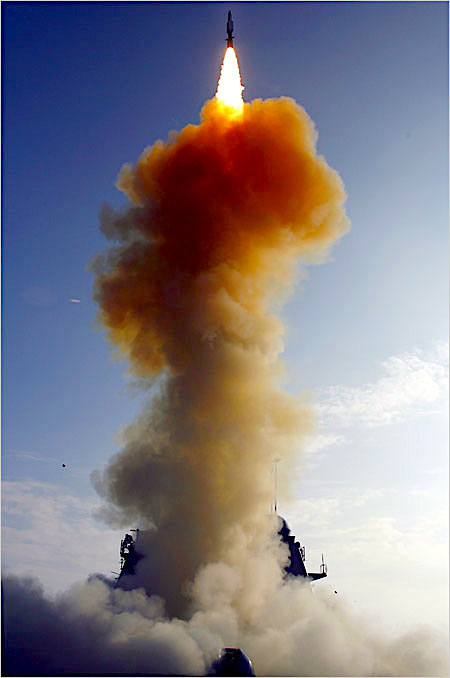 U.S. missile launching in 2008 from the USS Lake Erie to destroy a satellite in space. (U.S. Navy photo)

A week later, the United States demonstrated its anti-satellite weapons capability by shooting down a failed spy satellite using a Navy missile, fired from the USS Lake Erie in the Pacific Ocean near Hawaii. The stated goal of Operation Burnt Frost, the code name of the mission, was to prevent the satellite from crashing and releasing toxic gas. “This is all about trying to reduce the danger to human beings,” James Jeffrey, then-deputy national security adviser, said at the time. But China, which had conducted a similar demonstration in 2007 by destroying an old weather satellite, thought the U.S. action might have been done to show military might.

Although the Obama administration was far less hostile to arms control, it joined only Israel in abstaining from a U.N. General Assembly resolution in 2011 calling for the prevention of an arms race in space. In 2014, only Georgia and Ukraine joined the United States and Israel in opposing a Russian-drafted U.N. resolution on banning an arms race in space. The same dismal record has continued since then, year after year.

In the meantime, of course, both China and Russia have made technological strides in their ability to hit and destroy targets in space. Their continued support for arms control, however, suggests that they recognize the ultimate futility of fighting in that frontier.

As a recent article in Wired points out:

“A Russo-Sino-American space war could very well end with a crippled global economy, inoperable infrastructure, and a planet shrouded by the orbiting fragments of pulverized satellites—which, by the way, could hinder us all on Earth until we figured out a way of cleaning them up. In the aftermath of such a conflict, it might be years before we could restore new constellations of satellites to orbit. Preparing for orbital war has fast become a priority of the US military, but the more urgent priority is figuring out how to prevent it.”

Given these stakes, the ability of a future U.S. Space Force to pulverize more satellites than China or Russia could be considered a bug, not a feature. More to the point, the entire U.S. approach to space warfare is now suspect, if not bankrupt.

As retired Gen. James Cartwright, former vice chairman of the Joint Chiefs of Staff, wisely observed in 2016, “The days of ‘space dominance’are over, and we need to move from thinking of space as a military domain of offense and defense to a more complex environment that needs to be managed by a wide range of international players.”

He added, “This is the right time to reconsider our actions in space, as a new presidential administration takes over in January 2017.”

Who says irony is dead?

Jonathan Marshall is author or co-author of five books on international relations, national security and history. He currently is completing a new book on U.S. organized crime, big business and national politics in the early Cold War era.