In an interview with Consortium News, an independence leader and member of the Spanish parliament tells Attilio Moro that Catalonians are not finished seeking separation from Madrid.

By Attilio Moro
in Barcelona
Special to Consortium News

“Freedom for the political prisoners,” read banners hanging on hundreds of balconies from Placa Catalunya to La Ramblas, and from the Vila de Gracia to the Gothic Quarter. They were calling for freedom for the many grass roots activists demanding independence from Spain who were arrested. And for the freedom of Charles Puigdemont, the ex-President of Generalitat de Catalunya, who was arrested in March by German authorities. A German judge rejected Spain’s extradition request on July 19. He would face rebellion and sedition charges if he returned to Spain.

Puigdemont had escaped to Belgium the day after the independence referendum on October 1, 2017 with Spanish police on his heels. Madrid’s secret service agents then hid a GPS tracker on the car he was traveling in from Helsinki, where he had attended a conference, back to Brussels. He is now in Hamburg, under surveillance by the German police.

Eight ministers of the dissolved Catalonian government (vice-president Junqueras, Joseph Rull, Dolores Bassa, Meri Borras, Joaquim Forn, Charles Mund, Jordi Torull, Raul Romeva) are all being held in a Madrid prison, under accusation of having threatened the integrity on Spain. Seven independence leaders and intellectuals escaped to Scotland and Holland to avoid  arrest.

No weapons or violence were used when these leaders organized the overwhelmingly successful independence referendum, which Madrid argued violated the Spanish constitution. The arrests were made to prevent the referendum from being implemented. 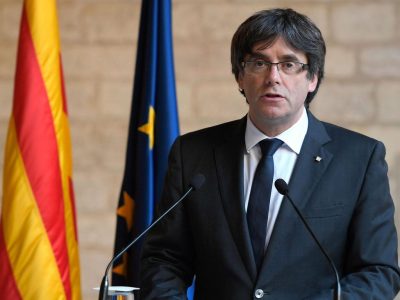 Earlier this month at the headquarters of the Partit Democrata, one of the two big independence Catalan parties, I met Sergi Miquel, an independence leader and member of the national parliament.

“My generation had never seen these kind of measures being taken, we thought they belonged to the past, to the Franco era,” he told me. “But all of this is happening instead today in Spain, in Europe: democratically elected MPs and governors being arrested and detained for political reasons. The sentence will come in autumn. They risk up to thirty years in prison.”

I asked Miquel whether the new Spanish minority government of Socialist Prime Minister Pedro Sanchez will be more willing to compromise than the former prime minister, Mariano Rajoy.

“In two years time there will be fresh elections in Spain, and none of the political parties will even talk to us, in order not to lose the Spanish voters who are against us,” Miquel said. “Our leaders may even receive an exemplar punishment. Much will depend on Europe: the EU should stop turning a blind eye to this flagrant violation of democracy and human rights happening in its territory.”

On July 9 Sanchez and Quim Torra, Catalonia’s premier who took over from Puigdemont, met in Madrid, trying to revive dialogue. They agreed to restart meetings after seven years between Spanish and Catalonian ministers. And they discussed the possibility of jointly commemorating the terrorist attack in Barcelona last August. But Sanchez was adamantly against Catalonia holding a new independence referendum. 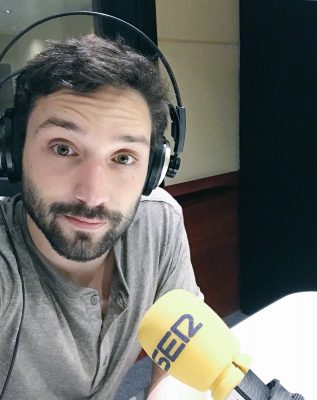 I asked Miquel what can be done in the meantime for the Catalan prisoners. “Unfortunately not much,” he said. “Since last March the families of the prisoners have been given just one days’ travel to see their relatives for 45 minutes in a Madrid prison. We ask – and humanitarian organizations should join us – that they at least be transferred to a prison in Barcelona. Of course we hope for an amnesty, since no serious crime has been committed. We hope that the new government, after next election, will be formed by the Socialist Party and the political group least hostile to us, Podemos.”

Miquel did not rule out the Catalonian government organizing a new referendum on independence, despite the arrests, and the violent crackdown against voters the first time. “We can suffer losses and drawbacks, but our path is set,” he said.

Miquel said even seeking more autonomy from Madrid, at least in the short term, would be difficult.

“We would be ready,” he said. “But the Spanish government will not concede this. On the contrary, they are slowly eroding the little autonomy we managed to achieve over the past 50 years. The Basques today are much more autonomous than us. We want our right to self-determination to be recognized in Spain and Europe. We know that the process will be long and complex. We will have to confront other difficulties, arrests and rights violations. But we know that at the end of our path, independence awaits.”

← The World According to Ben Rhodes: Hypocrisy in Obama’s Foreign Policy
The Case for Stripping Former Officials of their Security Clearances →

20 comments for “Catalonian Quest for Independence is Undeterred”