Stunned by Alexandria Ocasio-Cortez’s victory, the Democratic Party establishment is trying to contain the rebellion challenging its class interests and may try to stem the tide with a compromise on super-delegates, as Norman Solomon reports.

Conventional wisdom said that powerful Congressman Joseph Crowley couldn’t be beat. But his 20-year career in the House of Representatives will end in January, with the socialist organizer who beat him in the Democratic primary in the deep-blue district of the Bronx and Queens poised to become Congresswoman Alexandria Ocasio-Cortez.

In a symbolic twist of fate, the stunning defeat of Crowley came a day before the Rules and Bylaws Committee of the Democratic Party voted on what to do about “superdelegates,” those unelected Democratic Party elite who’ve had an undemocratic and automatic vote in presidential nominations since 1984 to prevent leftwing candidates from being nominated.

Crowley’s defeat shows how grass-roots movements can prevail against corporate power and its pile of cash. The Crowley campaign spent upward of $3 million in the Democratic Party primary. The Ocasio-Cortez campaign spent one-tenth of that. He wielded the money. She inspired the people.

As the 28-year-old Ocasio-Cortez was quick to say after her Tuesday night victory, her triumph belongs to everyone who wants social, economic and racial justice. She ran on a platform in harmony with her activism as a member of Democratic Socialists of America and an organizer for the Bernie Sanders presidential campaign.

Conventional wisdom said superdelegates—who exerted undemocratic power over the selection of the party’s presidential nominee in 2016—couldn’t be stopped from once again putting the establishment’s thumbs on the scale.

But on Wednesday afternoon, the party committee approved a proposal to prevent superdelegates from voting on the presidential nominee during the first ballot at the 2020 Democratic National Convention. (The last time the party’s convention went to a second ballot was 1952.)

As NPR reported, the committee “voted to drastically curtail the role ‘superdelegates’ play in the party’s presidential nominating process. The DNC’s Rules and Bylaws Committee voted 27 to 1 to block officeholders, DNC members and other party dignitaries from casting decisive votes on the first ballot of presidential nominating conventions.”

Make no mistake: Those in the top echelons of the Democratic Party aren’t moving in this direction out of the goodness of their hearts. Grass-roots pressure to democratize the party—mounting since 2016—is starting to pay off. 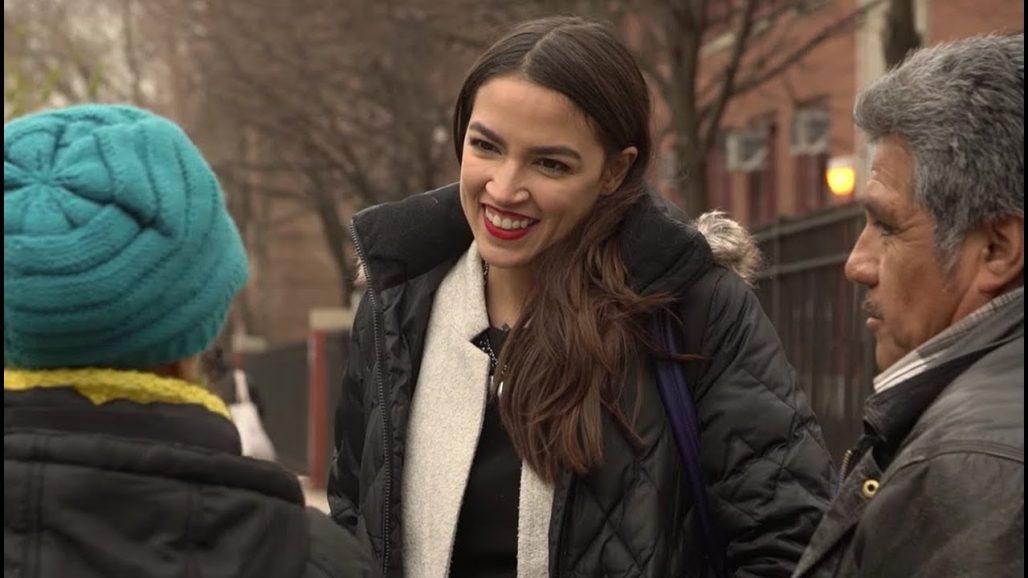 Ocasio-Cortez: Stirring people’s hopes, and a nightmare for the Establishment. (YouTube)

Feeling the Heat From Below

Corporate power brokers of the national party are in the midst of a tactical retreat. But it’s not surrender.

During the latest Rules and Bylaws Committee meeting, former DNC chairs Donald Fowler and Donna Brazile voiced strong—and in Fowler’s case, bitter—opposition to changing the superdelegates status quo. They may be indicating an escalation of insider pushback before the full DNC votes  on rules at the end of August.

In recent weeks, some of Crowley’s kindred corporate Democratic mates in the House—angry at the prospect  of losing their privilege to vote on the nominee at the next national convention—have been railing against the superdelegates reform proposal. Rep. Gerry Connolly of Virginia complained that “it disenfranchises the elected leadership of the party.” He whined that it would “do terrible damage to party harmony.”

DNC Chairman Tom Perez has strategically advocated for blocking superdelegate votes on the first ballot, realizing the party must respond to the growing progressive revolt with compromise. That has put him in the line of fire from Capitol Hill. As Politico reported in early June, “Rep. David Price (D-NC), executive director of the early-1980s Hunt Commission that created superdelegates, said lawmakers were ‘infuriated’ by Perez’s stance, although he’s not sure there’s anything that can be done. ‘I think there was a good deal of incredulity and some pretty severe criticism,’ Price said.”

Very few entrenched Democratic officials were willing to criticize the setup when most of the 712 superdelegates made Hillary Clinton the far-ahead “frontrunner” by announcing their support for her before a single ballot was cast in a primary or caucus to choose the 2016 nominee.

Now, the huge defeat of Crowley, a Democratic machine politician, by the unknown Ocasio-Cortez underscores the possibilities that Bernie Sanders talked about in a recent video interview,  in which he called for the inclusion of workers, youth and idealism into the party.

“It may take liberals by surprise to hear that a recent Reuters/Ipsos mega poll of 16,000 respondents, found that the Democrats are losing ground with millennials” even while “their support for Republicans has remained roughly stable,” Guardian columnist Cas Mudde wrote days ago. “While millennials still prefer the Democratic Party over the Republicans, that support is tanking. In just two years, it dropped sharply from 55 percent to 46 percent.”

Ocasio-Cortez’s victory has alarmed a Democratic Party elite trying to figure out how to contain the revolt to protect their privileges.

A version of this article appeared on TruthDig.

180 comments for “Democratic Elite Scrambles to Respond to Ocasio-Cortez”