A new French law to combat so-called “fake news” fits in all too well with the growing establishment campaign to censor dissident opinion by one means or another, argues Jean Bricmont.

The French government of Emmanuel Macron has introduced a new law to protect the French from “fake news” during election periods. This vaguely

drafted amendment to existing press law seems to have been inspired by Macron’s resentment at rumors circulated against him during last year’s presidential election – which didn’t prevent him from winning. Widely opposed by opposition parties from left to right, and by most journalists, this amendment fits in all too well with the growing establishment campaign to censor dissident opinion by one means or another. The main pretext is the copycat Clintonite accusation of Russian “interference in Western elections.”

Applying initially only to election periods, to protect “our democracy”, this attempt to legislate the difference between true and false is a dangerous step in the door toward official censorship. Similar plans to ban “fake news” are brewing on the European level.

The law is superfluous to start with, since the existing 1881 French press law already sanctions insults, defamation and the artificial creation of panic, such as shouting fire in a crowded theater. But Macron’s government wants to go much farther, outlawing the spread of “false information”, obscurely defined as “alleging or lending credibility to a fact lacking verifiable elements of a nature to make it believable”. (…“une allégation ou imputation d’un fait dépourvue d’éléments vérifiables de nature à la rendre vraisemblable”.)

This definition is both unclear and potentially far-reaching.

And what should be done with post-modern French philosophy, whose most famous names take psychoanalysis very seriously and pride themselves on leaping to subjective conclusions? No one proliferates more fact-free assertions than Bernard-Henri Lévy, which so far has not interfered with his position on the board of major media from Le Monde to the cultural channel Arte.

But that’s only the beginning. What do we do with scientific theories that have been advanced without experimental confirmation? For example, string theory in physics and various hypotheses in cosmology.

In fact, many scientific discoveries begin with unproven hypotheses. Better not mention them! 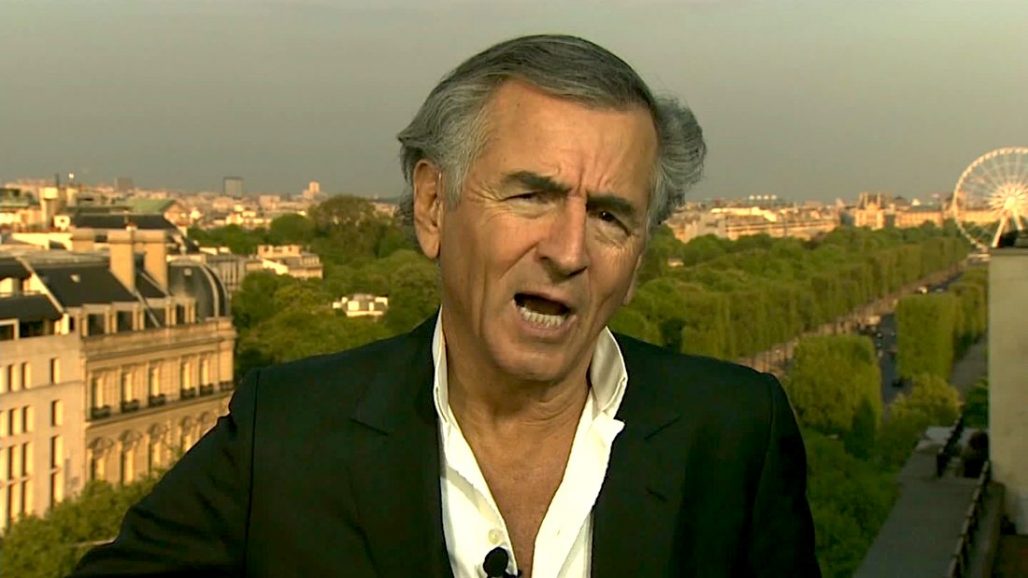 And what about mainstream media? In one recent news report after another (Skripal poisoning, chemical weapons attacks in Syria, the falsified murder in Ukraine of an anti-Putin journalist, not to mention the responsibility for firing a missile that shot down a Malaysian airliner in July 2014), there is a big difference between the Western version of the facts and that which prevails in Russia, Malaysia, Syria and much of the non-Western world.

A Mental Border with Russia

Instead of Pascal’s “truth on this side of the Pyrenees, and error on the other side”, we would be establishing “truth on one side of the Mediterranean, error on the other”. Or rather, truth exists up to the Eastern border of NATO, with error on the other side. This is no way to advance toward universal understanding. The only way to resolve our differences with the rest of the world is free discussion. Inasmuch as the law against fake news seems to be designed mainly to counter what Western governments describe as Russian propaganda, there is a strong likelihood that it can only enforce the mental border between us and the Russians.

When the independent journalist André Bercoff simply raised a couple of questions concerning anomalies in reports of the amazing rescue by Mamoudou Gassama of a child hanging from a Paris balcony, his own colleagues instantly condemned him for “provoking doubts” and engaging in “conspiracy theories”. The official regulatory agency, the Conseil Supérieur de l’Audiovisuel, hastened to open an investigation… of Bercoff. President Macron had invited Gassama to the Elysee Palace, offering him French citizenship and making the event an exemplary national legend. Thus sacred.

It is an odd sign of the times to reproach a journalist for asking questions. Leaving aside the rescue incident, raising questions used to be considered a primary function of journalism. If it is better to let ten guilty persons go free than to imprison one innocent man, in terms of rational scientific method, it is better to have ten extravagant doubts than one unchallengeable dogma.

It is true that what the dominant media call “conspiracy theories”, going everywhere from legitimate questioning of their own narratives and of official assertions to the wildest fantasies, do indeed proliferate on social media. But can anyone believe that describing Bercoff’s doubts as “conspiracy theorizing” will in any way stem that proliferation?

The French Minister of culture, Françoise Nyssen, has decided that public radio and television, financed by taxpayers, should be devoted to combatting French people’s “highly reactionary” ideas, notably concerning “diversity”. Note that Macron’s ruling party, Republic in Movement, considers “reactionary” exactly what was considered progressive only a few decades ago: defense of public services and national sovereignty. Is it legitimate to oblige adults to pay for their own ideological re-education?

I by no means suggest that the current government is consciously intent on installing a totalitarian regime. The problem stems rather from the overwhelming subjectivism of contemporary culture in which talk of “values” leaves little space for concern for facts or objectivity. This is increasingly true even in discussions of scientific or technical progress. Of course, legislation cannot be fully objective, but since the Enlightenment reflection on freedom, the ideal has been to seek to establish reasonable rules to protect the individual from arbitrary power. This rule applies particularly to freedom of expression.

Those who speak endlessly of their values are merely trying to show off their own moral superiority. That is the basis of the corruption of the legal system in the matter of “fake news”, the reaction to Bercoff’s doubts, and the crusade of Madame Nyssen against what she considers “reactionary ideas”. Once a group of people convince themselves that they embody Virtue itself thanks to their “values”, they become unable to perceive any legitimate grounds for limiting their own power. That could be called the totalitarianism of the naïve.

This article originally appeared on RT’s French-language site. It was translated and adapted by Diana Johnstone.

Jean Bricmont is professor of theoretical physics at the Catholic University of Louvain (Belgium), and author of numerous articles and books, including Humanitarian Imperialism, La République des Censeurs,and Fashionable Nonsense (with Alan Sokal).