Palestinians protesting at the Gaza fence posed no threat whatsoever and even if they were trying to cross the border, you don’t use live fire to kill them, says Diana Buttu in this inerview with Dennis J. Bernstein.

Diana Buttu is a Palestinian-Canadian lawyer and former Palestinian negotiator. On

Monday, she and hundreds of other protesters were roughed up and brutalized by a phalanx of heavily armed Israeli security forces as they tried to raise the Palestinian Flag in front of the new Jerusalem-based US Embassy .

Buttu was outraged as she noted “from video footage we can see that people were shot in the back. Others were shot for carrying tires or for simply walking into these areas. These were individuals who posed no threat whatsoever. Even if they were attempting to cross the border, you don’t use live fire to kill people who are crossing a border.”

Buttu spoke to Dennis Bernstein on Tuesday May 15th, 2018

Dennis Bernstein: Diana Buttu very good to speak with you again. First of all, what is your understanding of the latest statistics? I understand the number of dead is over sixty, the number of wounded is some 2,700, of which 1,300 were hit by gunshots.  And please put the latest Israeli slaughter into historical context.

Diana Buttu: We are now at the 70th anniversary of the Nakba, the commemoration of the establishment of Israel and the ethnic cleansing of Palestine. Today was a particularly difficult day, both because we had to bury over sixty Palestinians, including eight children and two people who were disabled.  In addition to mourning the loss of our country and experiencing the everyday process of ethnic cleansing, we are seeing an effort on the part of the Americans and the Israelis to blame the victim. This is adding insult to injury and we are back at a place now where Israel can justify the unjustifiable.

Bernstein: What are hearing in terms of the ability to treat the wounded?

Buttu: It is important to keep in mind that this is not just a case of overloading at the hospitals, but of the capacity of the hospitals to begin with. These are hospitals that have been running on less than three hours of electricity per day because of the Israeli-imposed blockade on the Gaza Strip.  They don’t have the necessary medical supplies because of the blockade. So we are talking about people who are going to die because they are unable to get the necessary treatment. Add to that the kind of weaponry that the Israelis are using. We are hearing of two new types of bullets, one of which is designed to explode inside the body and maim.  We are also hearing reports of a different kind of gas which is being used on Palestinians which is akin to a nerve gas. Israeli has a policy of shoot-to-kill.

Bernstein: This notion of the Israeli government that every single person in Gaza is guilty, that there are no innocent people in Gaza. What does that say to you? 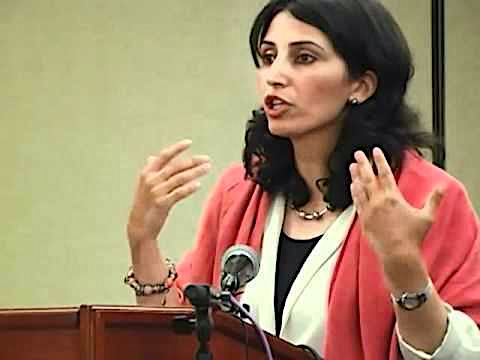 Buttu: The Israelis have had this policy for quite some time. Avigdor Lieberman has said many times in the past that there are no innocents in Gaza. This is why we see them deliberately targeting children and people in wheelchairs.  They can excuse the death of an eight-month-old child who died yesterday from gas inhalation. This process of demonization is what allows them to continue to perpetrate a massacre.

Bernstein: Some people refer to this as a war between the Israelis and the Palestinians. But there have been no Israeli casualties, none. How can you consider that a war?

Buttu: It is not only zero casualties, nobody has been even remotely injured. The Israelis are gunning Palestinians down. It is like shooting fish in a barrel. These are people who are nowhere near this electrified fence that the Israelis claim to be defending. [Buttu has been challenged about whether the fence is electrified.] This is a one-sided massacre, with a green light given to it by the Trump administration.

Bernstein: This slaughter is taking place on a day which the Israeli prime minister is calling one of the greatest days in Israel’s history, with the decision of the US government to move its embassy to Jerusalem.  Could you talk about the significance of the move in the context of what has been going on in Gaza?

Buttu: Yes, this is a great day for Israel.  At its very core, Israel is about the ethnic cleansing of Palestinians.  It is ethnic cleansing and land theft that is being recognized and rewarded.  Sunday was the 51st anniversary of the occupation by the Hebrew calendar. It is celebrating 51 years of the denial of freedom.  The day after is when the US decided to move its embassy. Today is the 70th commemoration of the Nakba. What the United States has done is pour salt into a very open wound.  It is sending a very clear message to the Palestinians that Israel will forever be rewarded for violating human rights, for stealing Palestinian land, for expanding settlements, demolishing Palestinian homes.  They will never be sanctioned or censored. Instead they will be rewarded.

Bernstein: The Israelis are saying that this is a Hamas terrorist operation at the border. They shot at least 27 terrorists who were trying to plant bombs. But we didn’t see any Hamas or any political flags. 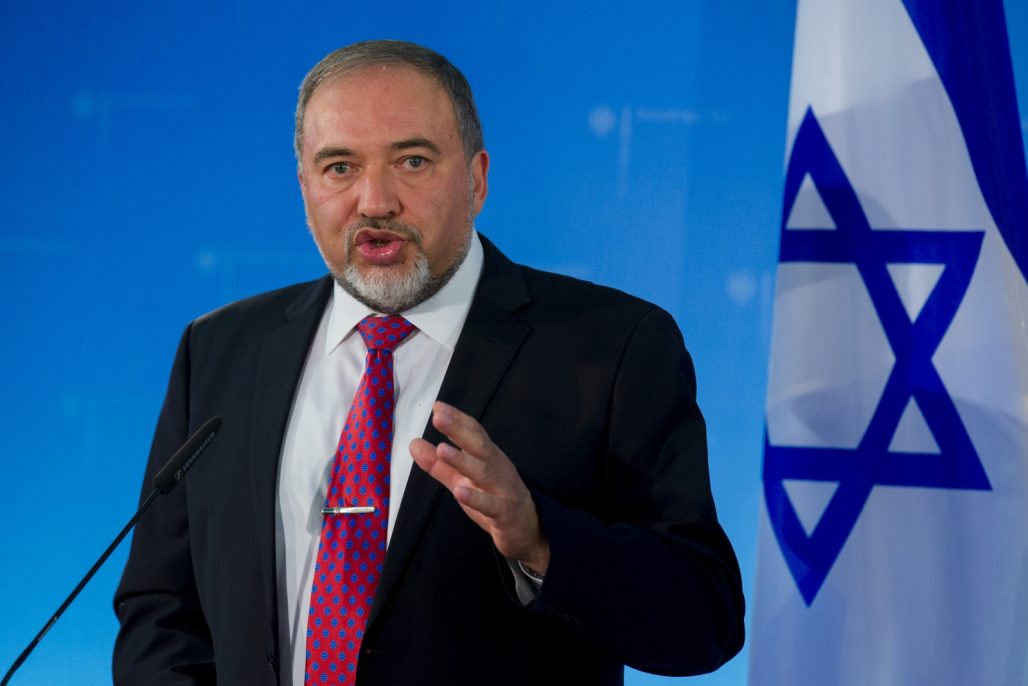 Buttu: Israel wants to paint the picture that everybody is Hamas. If I were to paint the reverse picture and say that every Israeli has blood on their hands, every Israeli is a legitimate target, every single Israeli is voting for the likes of Netanyahu or Lieberman–I would be ridiculed.  But this has become so commonplace when it comes to Palestinians. Even if Palestinians were to demand an investigation, Israel would halt such an investigation. You don’t just get a license to shoot people because they are approaching a fence. You are only allowed to protect yourself if you are under threat.  Not even a single Israeli has been injured. It is a shoot-to-kill massacre.

Bernstein: From what I understand, many women took on leadership roles. This civil disobedience, this level of commitment, reminds me of when Gandhi went to South Africa.

Buttu: What the Israelis don’t seem to understand is that many Palestinians feel they have nothing left to live for. The Palestinians are coming out en masse and saying, “We’ve lived through fifty-one years of this.  Enough! We want to be able to go home.” Others are saying, “We’re tired of the blockade. We just want to live a normal life.” These protests are sustained by the will of a people who want to see a better life.  Nobody in this world is going to stay quiet when their freedom is being denied. To expect that somehow the Palestinians are just going to sit and wait for people like Trump to come up with a deal is simply farcical.

Bernstein: I want to come back to the move of the US embassy to Jerusalem. Can you talk more about the historical significance of that? It seems to make it very clear that this is ethnic cleansing and not a step toward negotiation and peace, as the Trump administration would like the world to believe.

Buttu: There is a reason why up until yesterday not a single country in the world 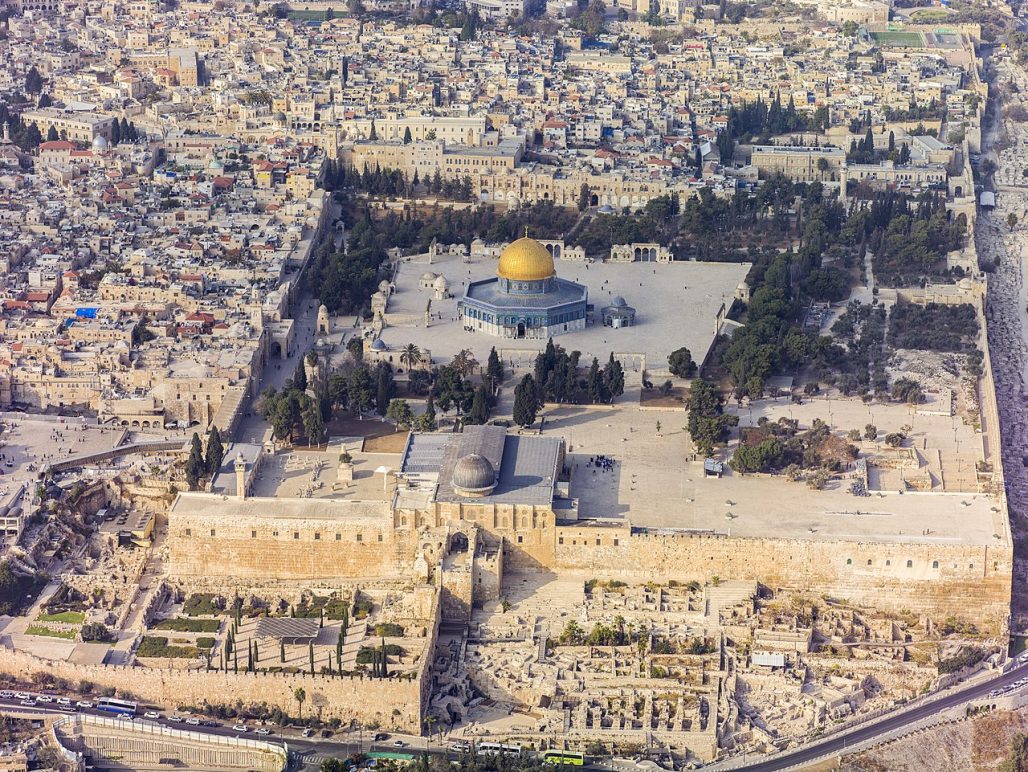 The problem with the recognition of the embassy is that it is not just a blow to the Palestinians, it is a blow to the international system as we know it.  Instead of abiding by international law and agreeing that a state cannot take territory by force, they are actually rewarding a country that steals.  The message is that might makes right.  This affects not just Palestinians but all countries around the world.  If we say that force is okay, if we are going to reward countries for using force, the implications are far-reaching.

Rather than Trump focusing on ending this acquisition of territory by force–meaning rolling back settlements–he has instead rewarded the settlers.  He has told Israel not to worry, with time you are going to be fully recognized. Yesterday I was at the counter-protest in front of the embassy.  The Israeli security establishment was so afraid that they had over 300 guards there. They were pushing people to the ground and kicking them. Many of those brutalized were simply trying to hold up the Palestinian flag.  The Trump administration has not only given Israel a green light to commit a massacre in Gaza, but it has also made clear that Israel can do whatever it wants to any dissenters in the country.

Bernstein: I can imagine that the Palestinians who are left in Jerusalem are going to be under even more extreme pressure.  There will be more attacks, more demolitions, more accusations. Obviously the Israelis are going to want to clean out the town.

Buttu: This is a process which has been going on for 51 years. They have built and expanded Israeli settlements, they have demolished more than 5,000 homes. Any Jew living anywhere in the world can come to Jerusalem and automatically be granted citizenship.  Israel is going to use this opportunity now to make more and more Palestinians stateless, to demolish more Palestinian homes. They are going to make life so difficult for Palestinians that they eventually disappear. That’s the plan. This isn’t a plan for peace, it is a plan for subjugation.

39 comments for “‘The Everyday Process of Ethnic Cleansing’”