Average Americans, whose economic survival is threatened, have no political party to represent them, including deceptive Democrats who claim to be their champions and blame others when their deception fails, says Paul Street.

Never underestimate the capacity of the United States’ Inauthentic Opposition Party, the corporate Democrats, for self-congratulatory delusion and the externalization of blame.

Look, for example, at the Democratic National Committee’s (DNC) recently filed 66-page lawsuit against Russia, WikiLeaks, and the 2016 Donald Trump campaign. The document accuses Russia of “mount[ing] a brazen attack on the American democracy,” “destabilize[ing] the U.S. political environment” on Trump’s (and Russia’s) behalf, and “interfering with our democracy….”

“The [RussiaGate] conspiracy,” the DNC Complaint says, “undermined and distorted the DNC’s ability to communicate the [Democratic] party’s values and vision to the American electorate” and “sowed discord within the Democratic Party at a time when party unity was essential…”

Yes, Russia, like numerous other nations living under the global shadow of the American Superpower, may well have tried to have some surreptitious say in 2016 U.S. presidential election. (Why wouldn’t the Kremlin have done that, given the very real and grave threats Washington and its Western NATO allies have posed for many years to post-Soviet-era Russian security and peace in Eastern Europe?)

We have, rather, a corporate and financial oligarchy, an open plutocracy. U.S.-Americans get to vote, yes, but the nation’s “unelected dictatorship of money” reigns nonetheless in the United States, where, as leading liberal political scientists Benjamin Page (Northwestern) and Marin Gilens (Princeton) find, “government policy…reflects the wishes of those with money, not the wishes of the millions of ordinary citizens who turn out every two years to choose among the preapproved, money-vetted candidates for federal office.”

Russia and WikiLeaks “destabilized the U.S. political environment”? Gee, how about the 20 top oligarchic U.S. mega-donors who invested more than $500 million combined in disclosed campaign contributions (we can only guess at how much “dark,” that is undisclosed, money they gave) to candidates and political organizations in the 2016 election cycle? The 20 largest organizational donors also gave a total of more than $500 million. The foremost plutocratic election investors included hard right-wing billionaires like casino owner Sheldon Adelson ($83 million disclosed to Republicans and right-wing groups), hedge-fund manager Paul Singer ($26 million to Republicans and the right), hedge fund manager Robert Mercer ($26 million) and packaging mogul Richard Uihlein ($24 million). 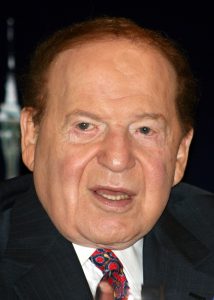 How about the multi-billionaire Trump’s own real estate fortune, which combined with the remarkable free attention the corporate media oligopoly granted him to help catapult the orange-tinted fake-populist beast past his more traditional Republican primary opponents? And what about the savagely unequal distribution of wealth and income in Barack Obama’s America, so extreme in the wake of the Great Recession that Hillary’s primary campaign rival Bernie Sanders could credibly report that the top tenth of the upper U.S.1% possessed nearly as much wealth as the nation’s bottom 90%? Such extreme disparity helped doom establishment, Wall Street- and Goldman Sachs-embroiled candidates like Jeb Bush, Marco Rubio, and Mrs. Clinton in 2016. Russia and WikiLeaks did not create that deep, politically- and neoliberal-policy-generated socioeconomic imbalance.

And just what were the Democratic Party “values and vision” that Russia, Trump, and WikiLeaks supposedly prevented the DNC and the Clinton team from articulating in 2016? As the distinguished political scientist and money-politics expert Thomas Ferguson and his colleagues Paul Jorgensen and Jie Chen noted in an important study released three months ago, the Clinton campaign “emphasized candidate and personal issues and avoided policy discussions to a degree without precedent in any previous election for which measurements exist….it deliberately deemphasized issues in favor of concentrating on what the campaign regarded as [Donald] Trump’s obvious personal weaknesses as a candidate.” Strangely enough, the Twitter-addicted reality television star Trump had a lot more to say about policy than the former First Lady, U.S. Senator, and Secretary of State Hillary Clinton, a wonkish Yale Law graduate.

The Democrats “values and vision” in 2016 amounted pretty much to the accurate but hardly inspiring or mass-mobilizing notion that Donald Trump was an awful person who was unqualified for the White House. Clinton ran almost completely on candidate character and quality. This was a blunder of historic proportions, given Clinton’s own highly problematic character brand. Any campaign needs a reasonably strong policy platform to stand on in case of candidate difficulties.

One ironic but “fateful consequence” of her curious connection to conservative business interests was her “strategic silence about most important matters of public policy. … Misgivings of major contributors who worried that the Clinton campaign message lacked real attractions for ordinary Americans were rebuffed. The campaign,” Ferguson, Jorgenson, and Chen wrote, “sought to capitalize on the angst within business by vigorously courting the doubtful and undecideds there, not in the electorate.”

Other Clinton mistakes included failing to purchase television ads in Michigan, failing to set foot in Wisconsin after the Democratic National Convention, and getting caught telling wealthy New York City campaign donors that Trump’s white supporters were “a basket of” racist, sexist, nativist, and homophobic “deplorables.” This last misstep was a Freudian slip of the neoliberal variety. It reflected and advanced the corporate Democrats’ longstanding alienation of and from the nation’s rural and industrial and ex-industrial “heartland.”

As left historian Nancy Fraser noted after Trump was elected, the Democrats, since at least the Bill Clinton administration, had joined outwardly progressive forces like feminism, antiracism, multiculturalism, and LGBTQ rights to “financial capitalism.” This imparted liberal “charisma” and “gloss” to “policies that …devastated…what were once middle-class lives” by wiping out manufacturing, weakening unions, slashing wages, and increasing the “precarity of work.”

To make matters worse, Fraser rightly added, the “progressive neoliberal” blue-and digital-zone Democrats “compounded” the “injury of deindustrialization” with “the insult of progressive moralism,” which rips red-and analog-zone whites as culturally retrograde (recall candidate Obama’s problematic 2008 reflection on how rural and small-town whites “cling to religion and guns”) and yet privileged by the simple color of their skin. 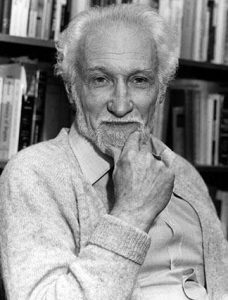 Such insults from elite, uber-professional class neo-liberals like Obama (Harvard Law) and the Clintons (Yale Law) would sting less in the nation’s “flyover zones” if the those uttering them had not spent their sixteen years in the White House governing blatantly in accord with the wishes of Wall Street, Silicon Valley, and the leading multinational corporations. Like Bill Clinton’s two terms, the Obama years were richly consistent with Sheldon Wolin’s early 2008 description of the Democrats as an “inauthentic opposition” whose dutiful embrace of “centrist precepts” meant they would do nothing to “substantially revers[e] the drift rightwards” or “significantly alter the direction of society.”

The fake-“progressive” Obama presidency opened with the expansion of Washington’s epic bailout of the very parasitic financial elites who recklessly sparked the Great Recession (this with no remotely concomitant expansion of federal assistance to the majority middle- and working-class victims), the abandonment of campaign pledges to restore workers’ right to organize (through the immediately forgotten Employee Free Choice Act), and the kicking of Single Payer health care advocates to the curb as Obama worked with the big drug and insurance syndicates to craft a corporatist, profit-friendly health insurance reform. Obama’s second term ended with him doggedly (if unsuccessfully) championing the arch-authoritarian global-corporatist Trans Pacific Partnership.

This Goldman Sachs and Citigroup-directed policy record was no small part of what demobilized the Democrats’ mass electoral base in ways that “destabilized the U.S. political environment” to the benefit of the reactionary populist Trump, whose Mercer family-backed proto-fascistic strategist and Svengali Steve Bannon was smartly attuned to the Democrats’ elitist class problem.

There was a major 2016 presidential candidate who ran with genuinely progressive “values and vision” – Bernie Sanders. The most remarkable finding in Ferguson, Jorgenson, and Chen’s study is that the self-declared “democratic socialist” Sanders came tantalizingly close to winning the Democratic presidential nomination with no support from Big Business. The small-donor Sanders campaign was “without precedent in American politics not just since the New Deal, but across virtually the whole of American history … a major presidential candidate waging a strong, highly competitive campaign whose support from big business was essentially zero.”

Sanders was foiled by the big-money candidate Clinton’s advance control of the Democratic National Committee and convention delegates. Under a formal funding arrangement it worked up with the Democratic National Committee (DNC) in late September of 2015, the depressing “lying neoliberal warmonger” Hillary’s campaign was granted advance control of all the DNC’s “strategic decisions.” The Democratic Party’s presidential caucuses and primaries were rigged against Sanders in ugly ways that provoked a different lawsuit last year – a class-action suit against the DNC on behalf of Sanders’ supporters. The complaint was dismissed by a federal judge who ruled on the side of DNC lawyers by agreeing that the DNC was within its rights to violate their party’s charter and bylaws by selecting its candidate in advance of the primaries.

How was that for the noble “values and vision” that “American democracy” inspires atop the not-so leftmost of the nation’s two major and electorally viable political parties?

Under Cover of Russia-gate

That’s what “sowed discord within the Democratic Party at a time when party unity was essential…” Russia didn’t do it. Neither did WikiLeaks or the Trump campaign. The Clinton campaign and the Democratic Party establishment – themselves funded by major U.S. oligarchs like San Francisco hedge-fund billionaire Tom Steyer– did that on their own.

Could Sanders – the most popular politician in the U.S. (something rarely reported in a “mainstream” corporate media that could barely cover his giant campaign rallies even as it obsessed over Trump’s every bizarre Tweet) – have defeated the orange-tinted beast in the general election? Perhaps, though much of the oligarchic funding Hillary got would have gone to Trump if “socialist” Bernie had been the Democratic nominee. It is unlikely that Sanders could have accomplished much as president in a nation long controlled by the capitalist oligarchy in numerous ways that go far beyond campaign finance alone.

Meanwhile, under the cover of RussiaGate, the still-dismal and dollar-drenched corporate-imperial Democrats seem content to continue tilting to the center-right, purging Sanders-style progressives from the party’s leadership and citing the party’s special election victories (Doug Jones and Conor Lamb) against deeply flawed and Trump-backed Republicans in two bright-red voting districts (the state of Alabama and a fading Pennsylvania canton) as proof that tepid neoliberal centrism is still (even after Hillary’s stunning defeat) the way to go.

Along the way, the Inauthentic Opposition’s candidate roster for the upcoming Congressional mid-term election is loaded with an extraordinary number of contenders with U.S. military and intelligence backgrounds, consistent with Congressional Democrats repeated votes to give massive military and surveillance-state funds and power to a president they consider (accurately enough) unbalanced and dangerous.

Whatever happens during the next biennial electoral extravaganza, “the crucial fact” remains, in Wolin’s words nine years ago, “that for the poor, minorities, the working class and anti-corporatists there is no opposition party working on their behalf” in the United States – the self-declared homeland and headquarters of global democracy.

Paul Street is an independent radical-democratic policy researcher, journalist, historian, author and speaker based in Iowa City, Iowa, and Chicago, Illinois.  He is the author of seven books. His latest is They Rule: The 1% v. Democracy (Paradigm, 2014).

57 comments for “The ‘Values,’ ‘Vision,’ and ‘Democracy’ of an Inauthentic Opposition”