Today is John Bolton’s first day as national security adviser. Here Paul Pillar recalls the infamous temper that White House staff, and perhaps many regions of the world, may have in store.

John Bolton has a glaring record of extreme and bombastic views and behavior.  First-hand recollections of that record include, for example, former State Department officer Greg Thielmann’s description of Bolton’s performance as one of the most enthusiastic promoters of the Iraq War.

The following passage from my 2011 book Intelligence and U.S. Foreign Policy describes how, even compared to other proponents of that disastrous expedition, Bolton was exceptionally heavy-handed in trying to crush opposing viewpoints and distort intelligence.  While reading it, think about how one of the most important functions of the job of national security adviser, to which Bolton has been appointed, is to ensure that the president receives all relevant options and insights and the best possible information before making policy decisions.

The most egregious recent instances of arm twisting arose in George W. Bush’s administration but did not involve Iraq. The twister was Undersecretary of State for Arms Control and International Security John Bolton, who pressured intelligence officers to endorse his views of other rogue states, especially Syria and Cuba.

Bolton wrote his own public statements on the issues and then tried to get intelligence officers to endorse them.  According to what later came to light when Bolton was nominated to become ambassador to the United Nations, the biggest altercation involved Bolton’s statements about Cuba’s allegedly pursuing a biological weapons program.

When the relevant analyst in the State Department’s Bureau of Intelligence and Research (INR) refused to agree with Bolton’s language, the undersecretary summoned the analyst and scolded him 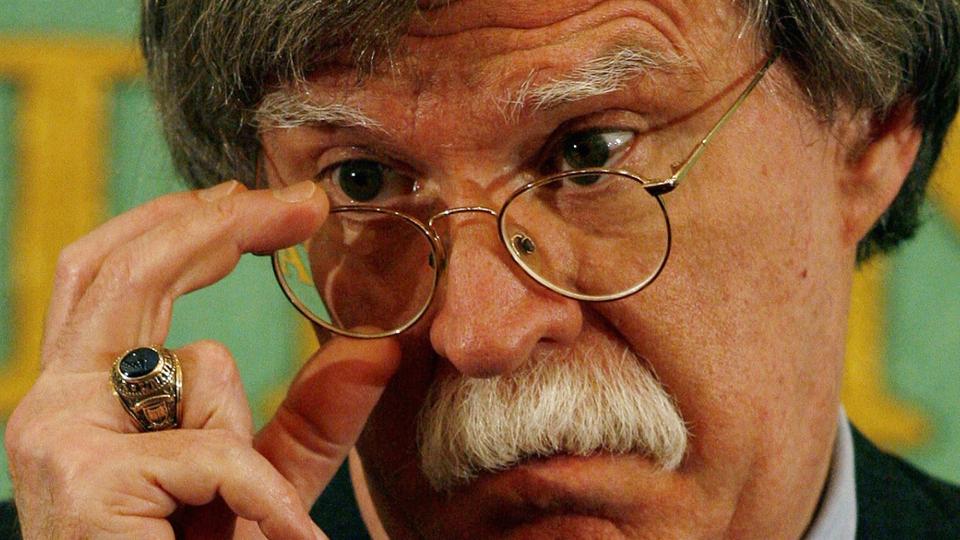 in a red-faced, finger-waving rage.

The director of INR at the time, Carl Ford, told the congressional committee considering Bolton’s nomination that he had never before seen such abuse of a subordinate—and this comment came from someone who described himself as a conservative Republican who supported the Bush administration’s policies—an orientation I can verify, having testified alongside him in later appearances on Capitol Hill.

When Bolton’s angry tirade failed to get the INR analyst to cave, the undersecretary demanded that the analyst be removed.  Ford refused.  Bolton attempted similar pressure on the national intelligence officer for Latin America, who also inconveniently did not endorse Bolton’s views on Cuba.

Bolton came across the river one day to our National Intelligence Council offices and demanded to the council’s acting chairman that my Latin America colleague be removed.  Again, the demand was refused—a further example of how such ham-fisted attempts at pressure seldom succeed.

There was even more to the intimidation than has yet been made public, but I leave it to those directly targeted to tell the fuller story when they are free to do so.

24 comments for “On Bolton’s First Day on the Job, a Look Back at Some of His Angry Outbursts”