The Marvel/Disney movie “Black Panther” is the latest example of an idea with anti-capitalist origins being co-opted for corporate commodification and profit, explains Lawrence Davidson in this analysis.

Unless regulated, capitalism operates as a wide-open market system. If a demand exists or can be created and a profit made, that demand will be met. As a consequence, capitalism has the capacity to commercialize almost anything, including its detractors and even its enemies. 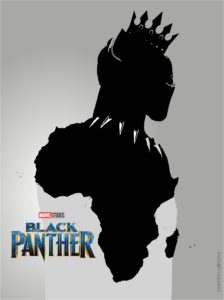 Here are some examples:

— Che Guevara, the iconic Marxist revolutionary. He was young and handsome when he served at the side of Fidel Castro during the Cuban Revolution in the 1950s. Today, most people outside of Cuba know of him only as an image on T-shirts, backpacks and posters. He has been immortalized at a profit by the economic system he despised.

— Wall-E, a 2008 animated movie about an “adorable robot” left behind on earth after mankind abandons the planet. It seems that humans have reduced their home to a garbage heap and Wall-E (short for “Waste Allocation Load Lifter Earth-Class”) has the job of cleaning the place up. Ironically, the movie suggests to us the dangers of commercialism while still managing to gross $533.3 million worldwide. Half of that came from audiences in the U.S., the homeland of “shop till you drop.”

— Apple’s “Think Different” sales campaign. This promotion of Apple products opens with the line, “Here is to the crazy ones.” This is followed by images of Einstein, Bob Dylan and Martin Luther King, among others – folks who, the commercial tells us, are “rebels and misfits and have no respect for the status quo.” Apple was promoting its groundbreaking computer products using the images of some people who really didn’t believe in a capitalist system. Nonetheless, this promotion campaign became iconic and probably can be said to have helped the company “change the world” – just not in the direction some of those “crazy ones” would have liked.

— Graffiti Art.  There is a 2016 documentary film, Wall Writers: Graffiti In Its Innocence, that depicts the early days of graffiti art (1960s and 1970s) as a sometimes illegal wall writing phenomenon. It explains that the original “wall writers” were anonymous people seeking recognition basically among their own kind. There was no thought that this activity was giving rise to an art form and certainly not to the possibility that it could be a vehicle to riches. But the graffiti phenomenon exploded across the United States and soon spread to England. By1973 it was sufficiently in the public mind to be used as a successful movie title, “American Graffiti.” Soon after that (by the 1980s), some of the best graffiti had recognized artistic value and was integrated into the art market. Currently some of it is sold for millions of dollars.

— The Weather Underground is an on-line site that “provides local & long range weather forecasts, weather reports, maps & tropical weather conditions for locations worldwide.” But where does that name come from? It is taken from a radical anti-capitalist youth group known as the “Weathermen.” This group broke off from the Students for a Democratic Society (SDS), also a radical group, in 1970. After doing so the radical Weathermen declared war on the U.S. government.

The Weather Underground forecasting organization is now owned by The Weather Company, which in turn is owned by IBM.

Black Panther – The Movie and the Party

Market capitalism will also seek to profit from aspects of culture – even those parts that are marginalized, for instance, African American culture and the concept of Black pride.

In 1971 we got the Shaft movies of the cool Black private eye who plays tough on the streets of New York City. This gave rise to a myriad other “blaxploitation” films. The Shaft productions mimicked White equivalents using Black actors and Black backdrops. They demonstrated that African Americans are part of a dominant culture which cannot be uniquely Black. In truth, it is a White culture that has been modified over time by its minority components: Black, Asian, Latin, Native American, etc. into a hybrid that is uniquely American.

I don’t want to be misunderstood here. African Americans can take great pride in their movies and other arts. Black actors, screenwriters, directors and producers are as competent as their White counterparts. However, they and their Black audience are still captive to that preexisting hybrid cultural canvas on which they, and other minorities, are led to play out their creativity. 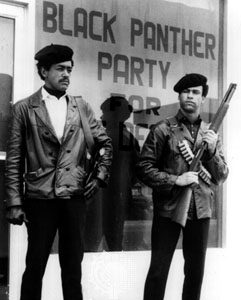 This brings us to the latest, and perhaps most spectacular example of this dilemma, the Disney company’s movie Black Panther. I have two comments on this worldwide commercial success (the movie has grossed over a billion dollars).

— As with some of the examples given in the first part of this analysis, the movie exploits for profit an organization that was anti-capitalist. The giveaway is the title itself. The “Black Panther” is closely linked in cultural memory to an organization known as the Black Panther Party. This was a radical organization created in the 1960s to provide for the needs of poor Black neighborhoods (the group originated the idea of the school breakfast program) and to protect residents both from criminals and the police, who were viewed as racist occupiers. The Black Panther Party became the target of violent attacks by agents of the U.S. government and eventually destroyed.

— Having been rendered safe through its destruction, the Black Panther Party’s image could be reworked and then reintroduced back into the prevailing culture. The Disney movie does just this. This is not to say that the film does not have merit. Its depiction of strong Black women, Black scientists and technicians, and the able and successful Black civilization of Wakanda are inspiring. On the other hand, the savagery that is part of Wakana’s succession process is problematic.

Overall, the movie is formulaic. It is a familiar good vs. bad scenario.There is a not entirely unsympathetic arch-villain, minor bad guys who come around to be good guys, and competitive tension in the good-guy camp. We have gangsters, government agents and almost non-stop violence. Nothing particularly original here. Nor is there anything original, and certainly nothing radical, about the film’s answer to the problems of poor African Americans – an outreach center in a needy urban neighborhood. By the way, this “cinematically portrayed help effort” works primarily because of the fantasy that there is a Black superpower backing it up. When real Black Panthers tried the same sort of outreach in the 1960s, they were arrested and sometimes murdered.

It is worrisome that the enthusiasm for the movie is based on a fantasy that essentially makes the tragedy of the real-life Black Panthers disappear. As the culture war now being fought in the U.S. between often racist ultra-conservatives and besieged progressives shows, we need change in the real world. Fantasy can give you a momentary lift and sense of pride, but in the end the real world’s problems are still there.

In 1983, the Irish novelist Iris Murdoch remarked that “we live in a fantasy world, a world of illusion. The great task in life is to find reality.” Che Guevara, many graffiti artists, some of the “crazy ones” depicted in Apple’s “Think Different” campaign, the original radicals of the Weather Underground, and the members of the Black Panther Party, all knew what reality was. They wanted to change it without recourse to fantasy. And, each time their attempts were stymied by a system that judged human needs solely in terms of monetary profit. This is brilliantly demonstrated by the fact that the images of these enemies of the system have been re-presented to us as within the context of profitable fantasy. The process has been remarkably successful and remarkably lucrative. It is also depressing and, in terms of social progress, represents a road to nowhere.