Exclusive: Andrew McCabe’s claim that his firing amounts to a “war on the FBI” doesn’t make sense considering it was the FBI’s own internal affairs office that recommended he be fired, as FBI whistleblower Coleen Rowley explains.

The explanation from Andrew McCabe that he was fired merely due to his staunch support of his former boss and mentor, FBI Director James Comey, and the “Russiagate” investigation,  does not pass the smell test. 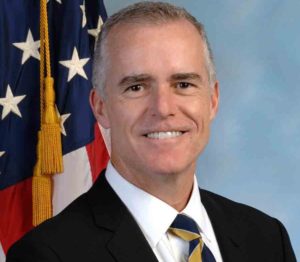 Similar to the one that mainstream corporate media is spinning, McCabe’s explanation almost totally ignores the fact that it was the relatively independent Department of Justice (DOJ) Inspector General (IG) and the FBI’s own Office of Professional Responsibility (OPR internal affairs) who recommended firing McCabe for his “lack of candor” on (the totally unrelated issue of) granting improper press access to the Wall Street Journal during ongoing FBI investigations of the Clinton Foundation and Clinton’s emails.

While the exact specifics of McCabe’s “lack of candor” – which McCabe denies – haven’t been released by the IG, it’s my own personal opinion that such official briefing of the press should not necessarily be a fireable offense as long as it’s justified to correct faulty media reporting and was not covertly done for improper political reasons. But technically, firing for “lack of candor” has long been the FBI’s “bright line” policy, ever since former FBI Director Louis Freeh tried to “clean up” the FBI in the mid-1990s when so many agents, including Special Agents in Charge, were caught lying about sex affairs, improper government credit card charges and drunk driving incidents – some amounting to reckless homicides.

But of course Freeh was rather hypocritical as he was himself involved in several instances of “lack of candor” including appointing his friend, Larry Potts, as Deputy Director. This, despite the fact that Potts had covered up his own role in substituting “rules of engagement” for the FBI’s “deadly force policy” during the Ruby Ridge standoff with (the arguably unconstitutional) “rules” directing the shooting on sight of any armed male.

The cover-up of Potts’ mishandling of Ruby Ridge came to light during the criminal investigations and prosecution of the FBI sniper who had subsequently shot and killed Randy Weaver’s wife while aiming at someone else.  When Pott’s role was revealed, Freeh had to censure and demote his Deputy Director; but even then Potts wasn’t actually fired.

So it may well be that “lack of candor” sets too high a standard that no one, not even the angels, let alone FBI agents and their managing officials can live up to.  Attorney General Jeff Sessions’ lofty statement that the FBI’s integrity is its brand, may be nice, wishful thinking but like other self-promoting speeches going back to J. Edgar Hoover, it has never rung true based on the hundreds of unethical actions I witnessed or was made aware of.

A number of OPR officials themselves were always getting caught in various unethical, deceitful (and sometimes even illegal) actions, including their long systemic practice of employing “double standards” in recommending disciplinary actions, i.e. top ranking officials received light discipline while lower ranking agents got far more severe punishments for similar wrongdoing. In 2001, some of the FBI’s internal affairs supervisors became whistleblowers and testified to the Senate Judiciary Committee about the FBI’s disciplinary “double standards.” Although some remedies were eventually put into place, the IG also had to investigate some retaliatory fall-out.

In any event, McCabe’s calling his firing a “war on the FBI” doesn’t make sense considering it was the FBI’s own internal affairs office that recommended he be fired. (Note that DOJ IG Michael Horowitz was appointed by President Obama in 2012 and the FBI’s OPR is run by a career official originally appointed to that position in 2004 by then FBI Director Robert Mueller.)

Perhaps it would be more apt if McCabe had called it a war inside the FBI (and in Washington as a whole). Could the obvious chaos – some would say “bloodbath” – at all levels of government also be part of the “blowback” from 16 years of waging “perpetual war” (and from attendant war crimes and the internal corruption by which all empires rot)? As author Viet Thanh Nguyen noted about the 2016 election: “That sickness is imperialism… America is an imperial country, and its decay might now be showing. Empires rot from the inside even as emperors blame the barbarians.” Remember how wars have a way of migrating home.

Don’t forget that McCabe’s mentor, James Comey, as Assistant Attorney General had signed off on the Bush-Cheney Administration’s torture tactics.  Special Counsel Robert Mueller (said to be “joined at the hip” with Comey) dutifully looked the other way, as then FBI Director, when the CIA’s torture program was instituted, allowing the atrocities to continue. It should also be recalled that Mueller helped the Bush-Cheney Administration to lie us into the Iraq War.

By prior plan, the three other intelligence directors left Comey alone in the room with Trump for Comey to confront the President-elect with the damning summary of Steele’s dossier (which Comey admitted was not verified) and, as icing on the cake, also warning Trump that these accusations would probably appear soon in the media.

Forgetful Democrat Party loyalists also should be reminded that John Brennan was termed the drone assassination and “kill list” czar (before being named CIA Director). As CIA Director, Brennan was hellbent on covering up and promoting CIA torture.

James Clapper, also not known for candor in having previously misled Congress about the NSA’s massive spying on Americans, has even been reported to be the source of the leak to CNN about the Obama intelligence directors’ January briefing that focused on the Steele dossier. It sure looks like there is plenty “lack of candor” to go around!  And plenty for these officials to continue covering up.  But as Cicero observed hundreds of years ago, “the law falls silent in time of war.” At very least everyone should be wary of partisan media spin since all of these war crimes and other deceitful, illegal actions made possible by the wars are fully bipartisan.

The real problem that most of the mainstream media don’t want to even mention is how unprecedented it was to have both Presidential campaigns under serious criminal investigation in the weeks before the 2016 election! In all fairness, even if these now-fired FBI Directors were trying to do the right thing – which would not be in line with their rather sordid track records – it wouldn’t really be possible to walk that political mine field without a faux pas one way or the other.  Seen in that light, it’s possible to even sympathize a little with any FBI Director when the public corruption at the highest levels in Washington DC has become so bad (and fully bipartisan), that it’s hard to know where to start.

Coleen Rowley is a retired FBI special agent, division legal counsel and law enforcement ethics instructor who testified in connection with the 9-11 Joint Intelligence Committee’s Inquiry, the Senate Judiciary Committee investigation and Department of Justice Inspector General’s investigation, exposing some of the FBI’s pre-9/11 failures, was named one of TIME magazine’s “Persons of the Year” in 2002.